Zeus The King of the Gods 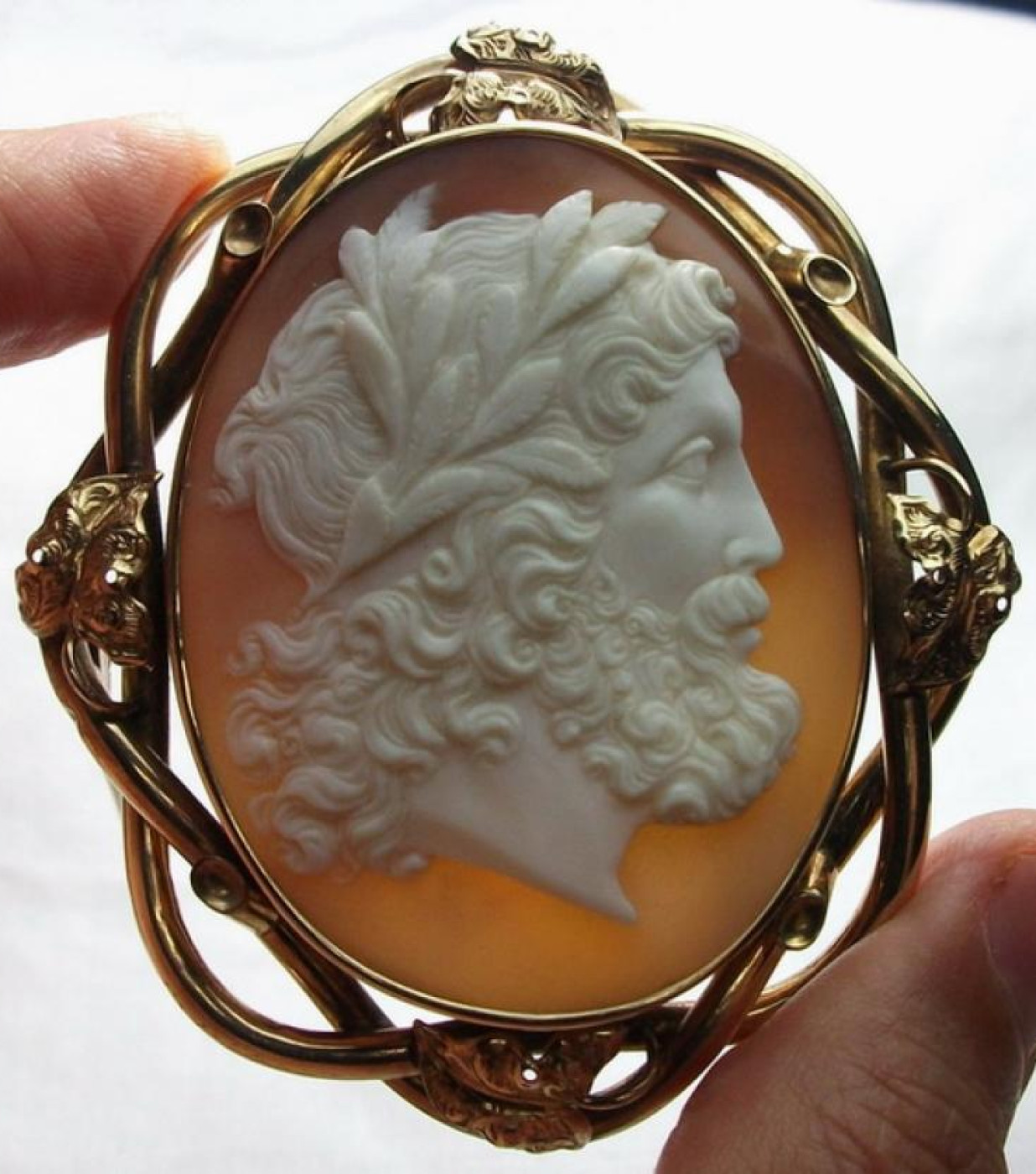 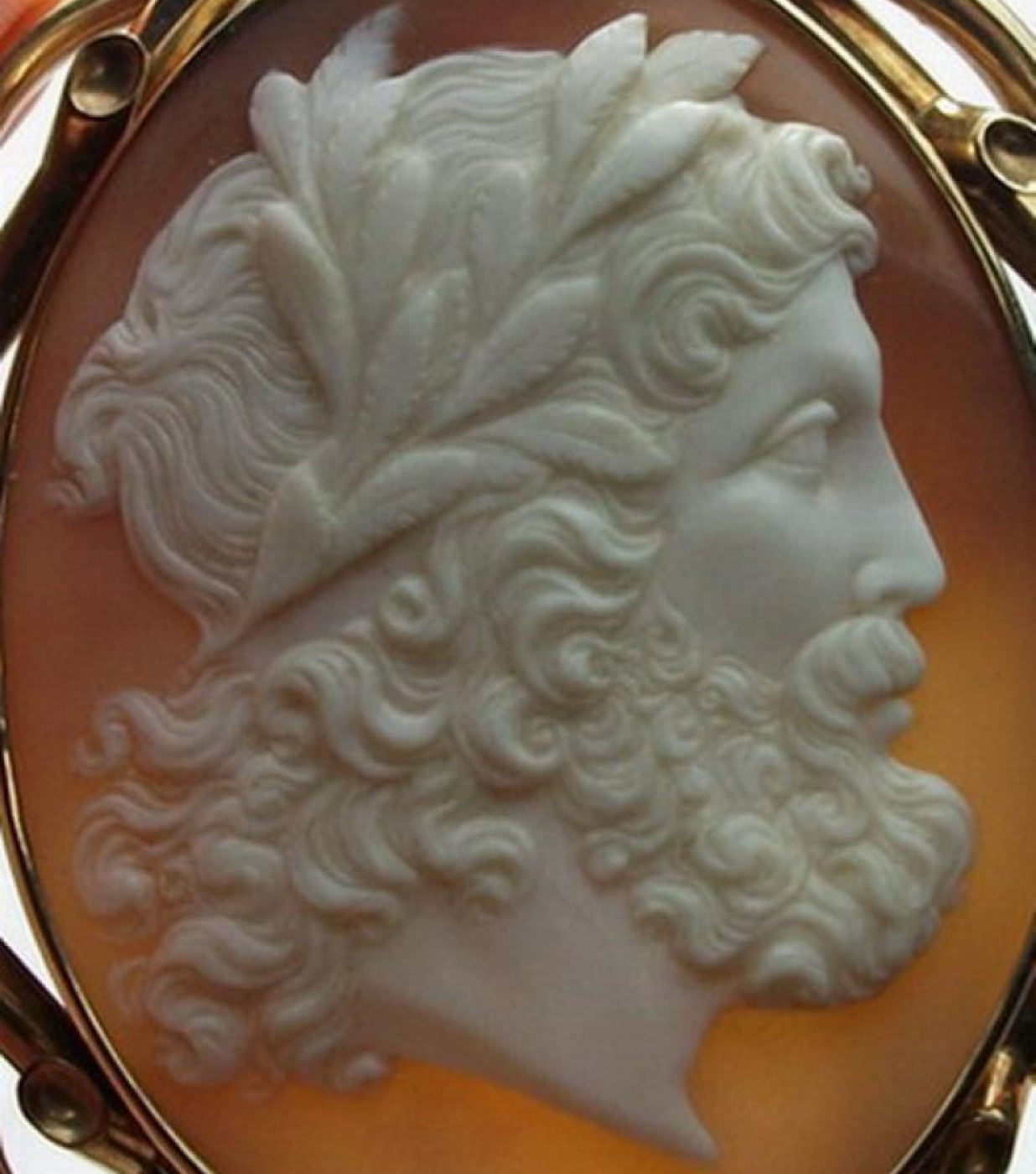 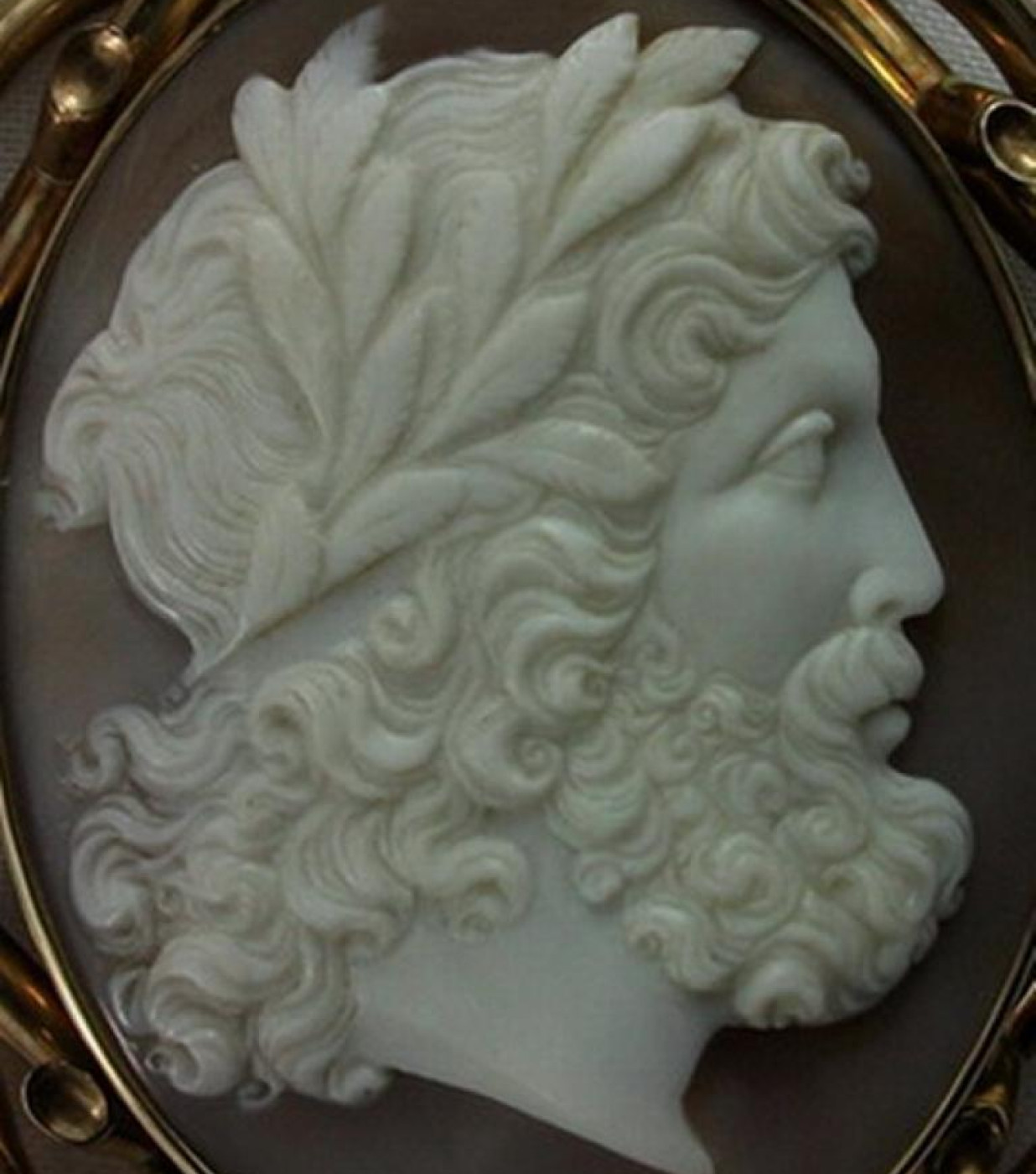 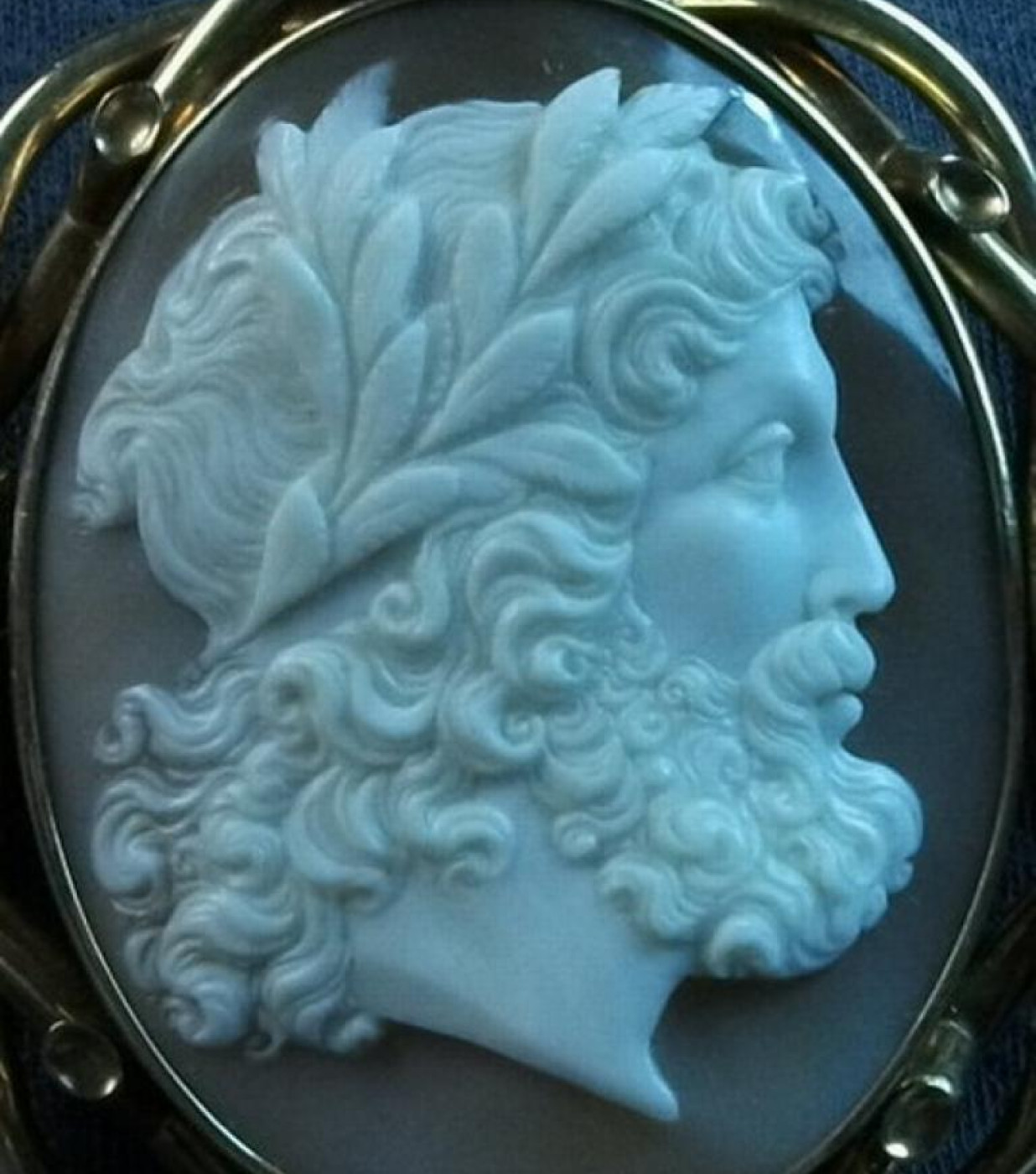 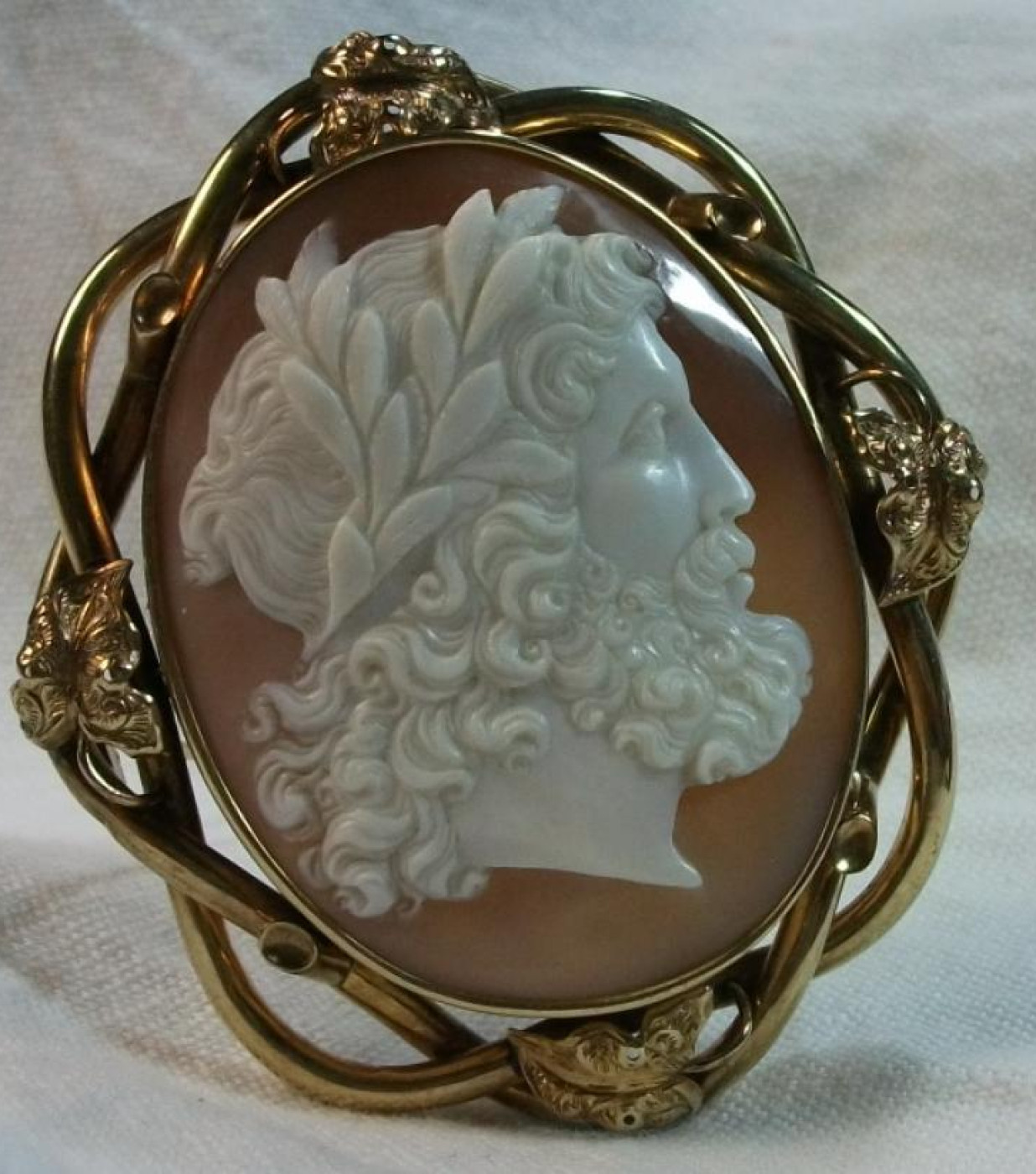 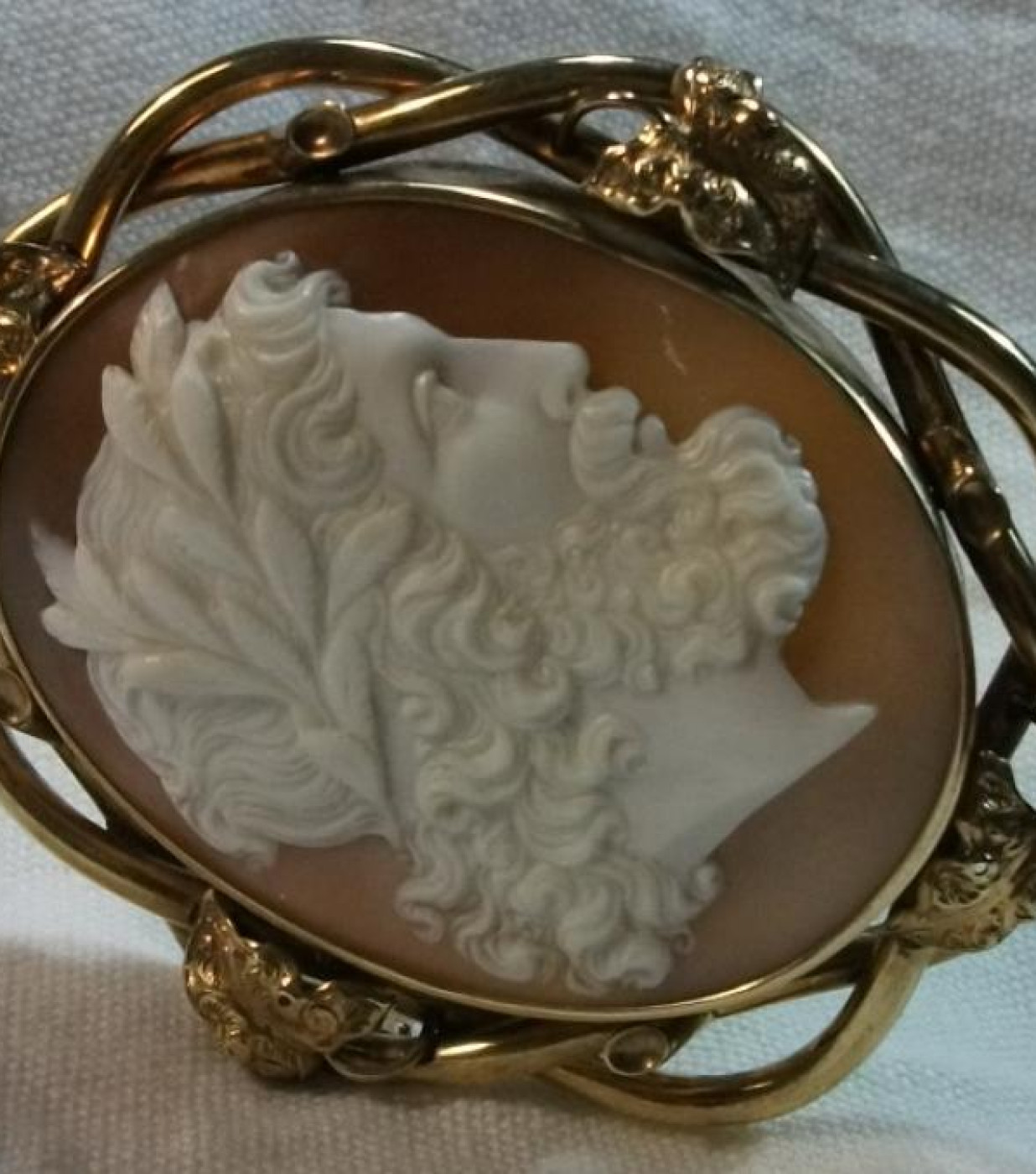 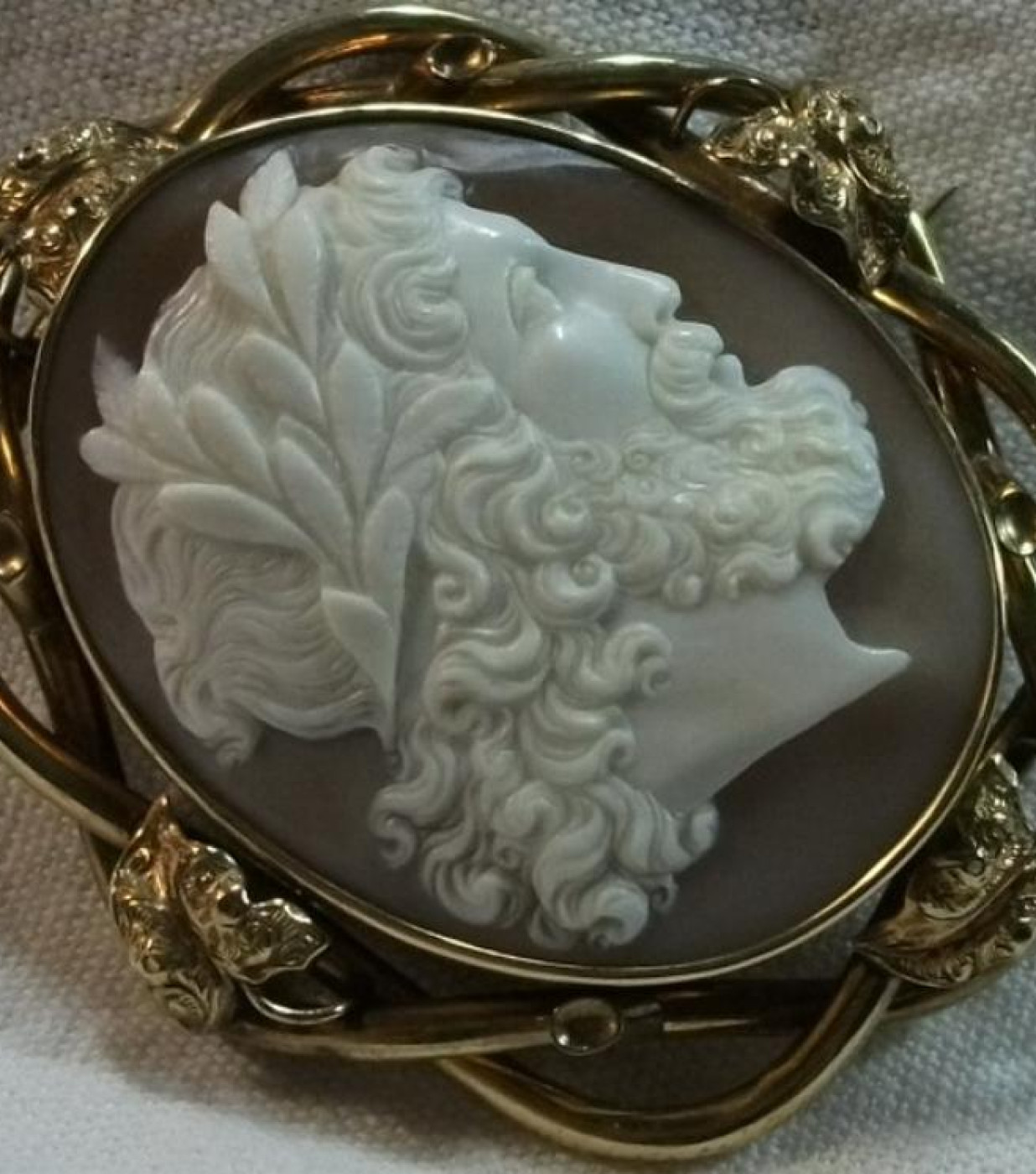 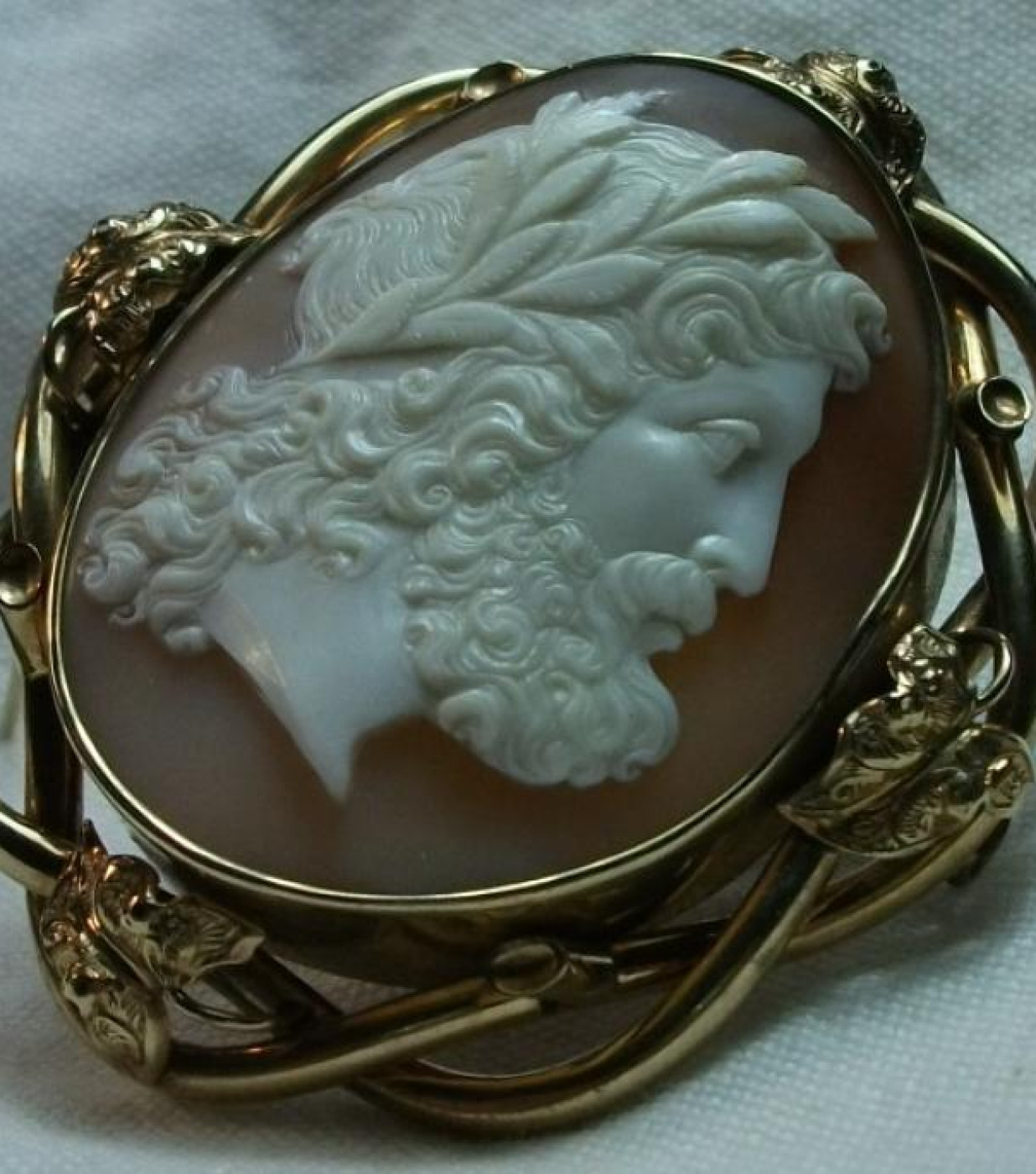 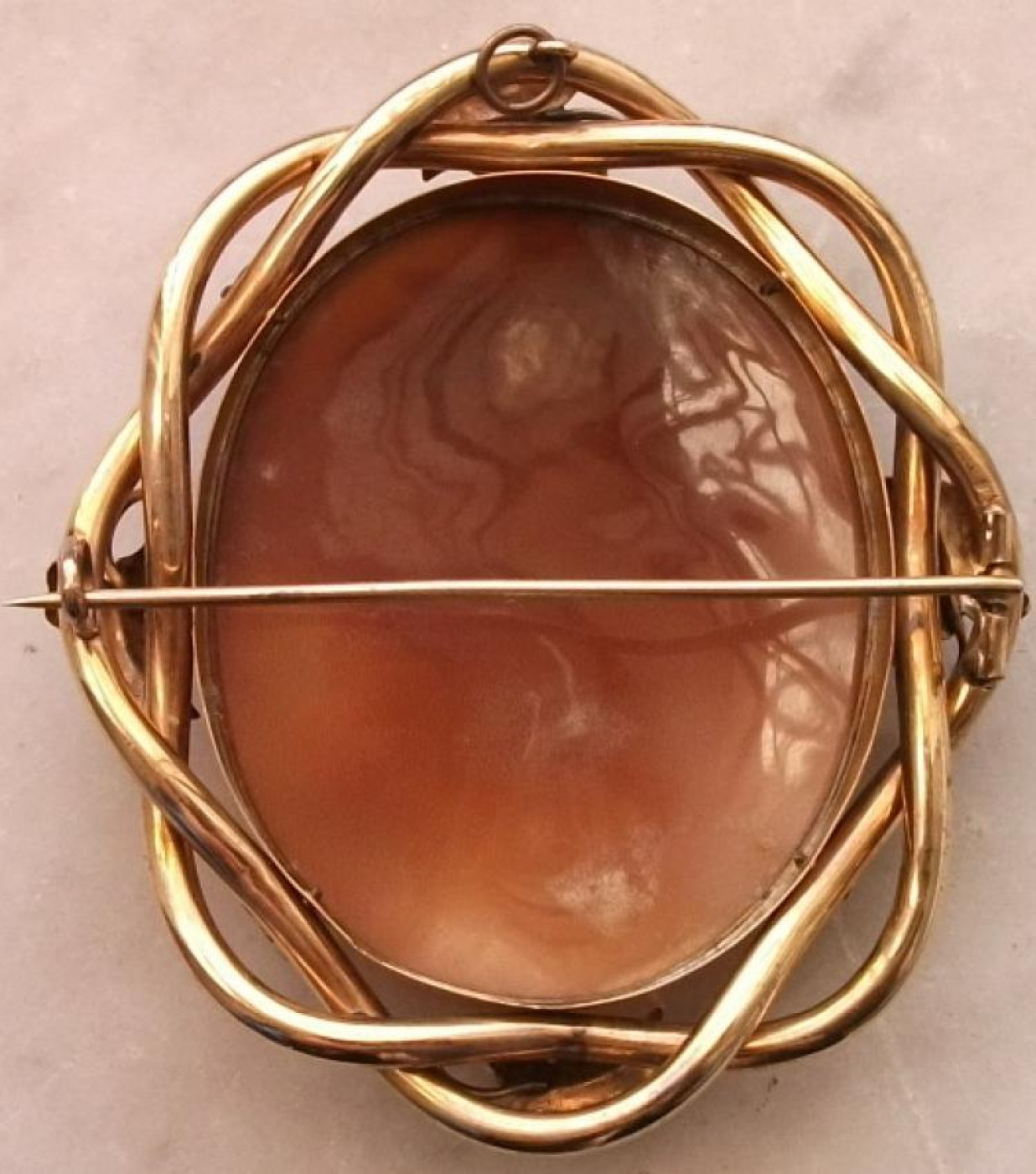 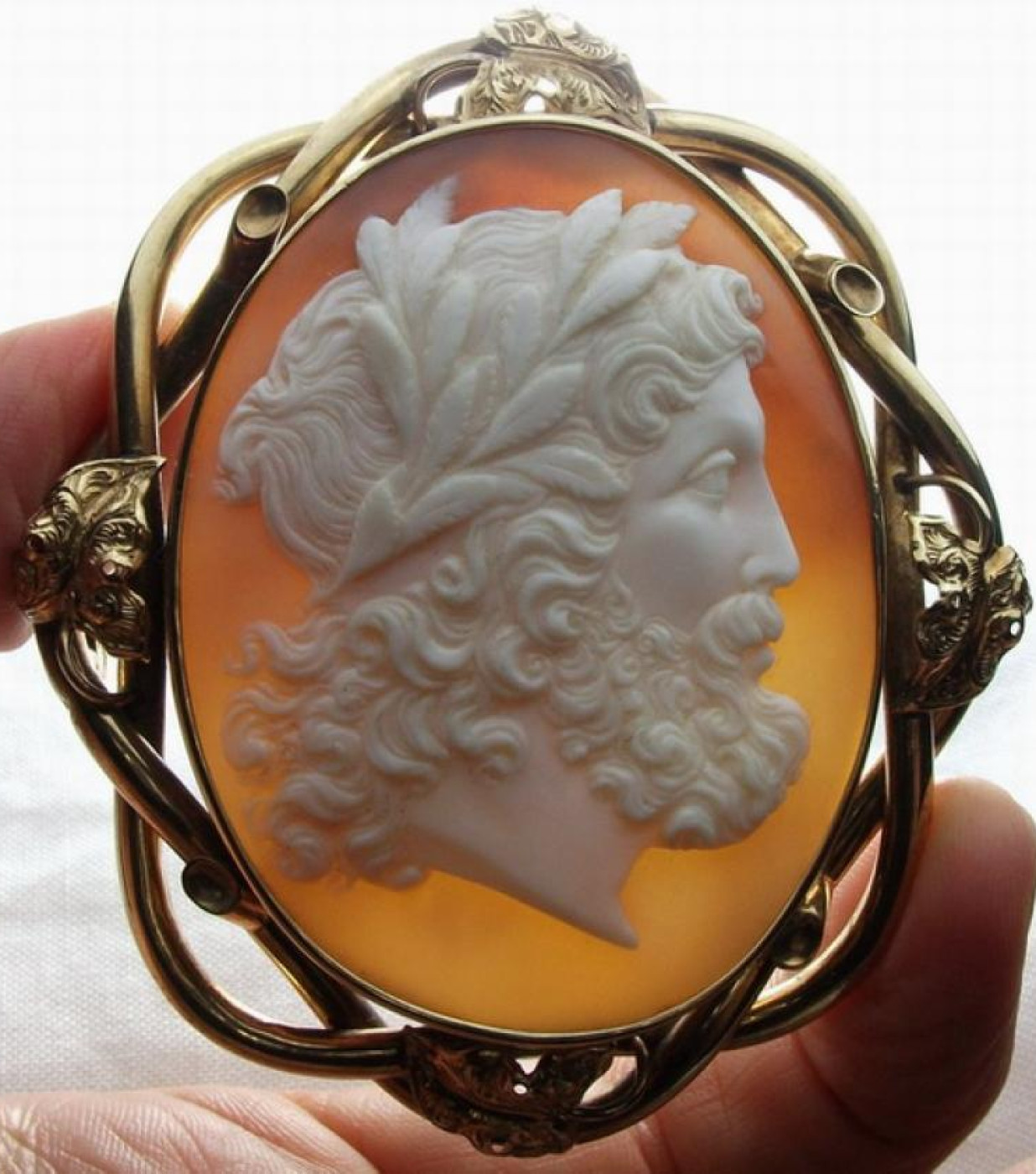 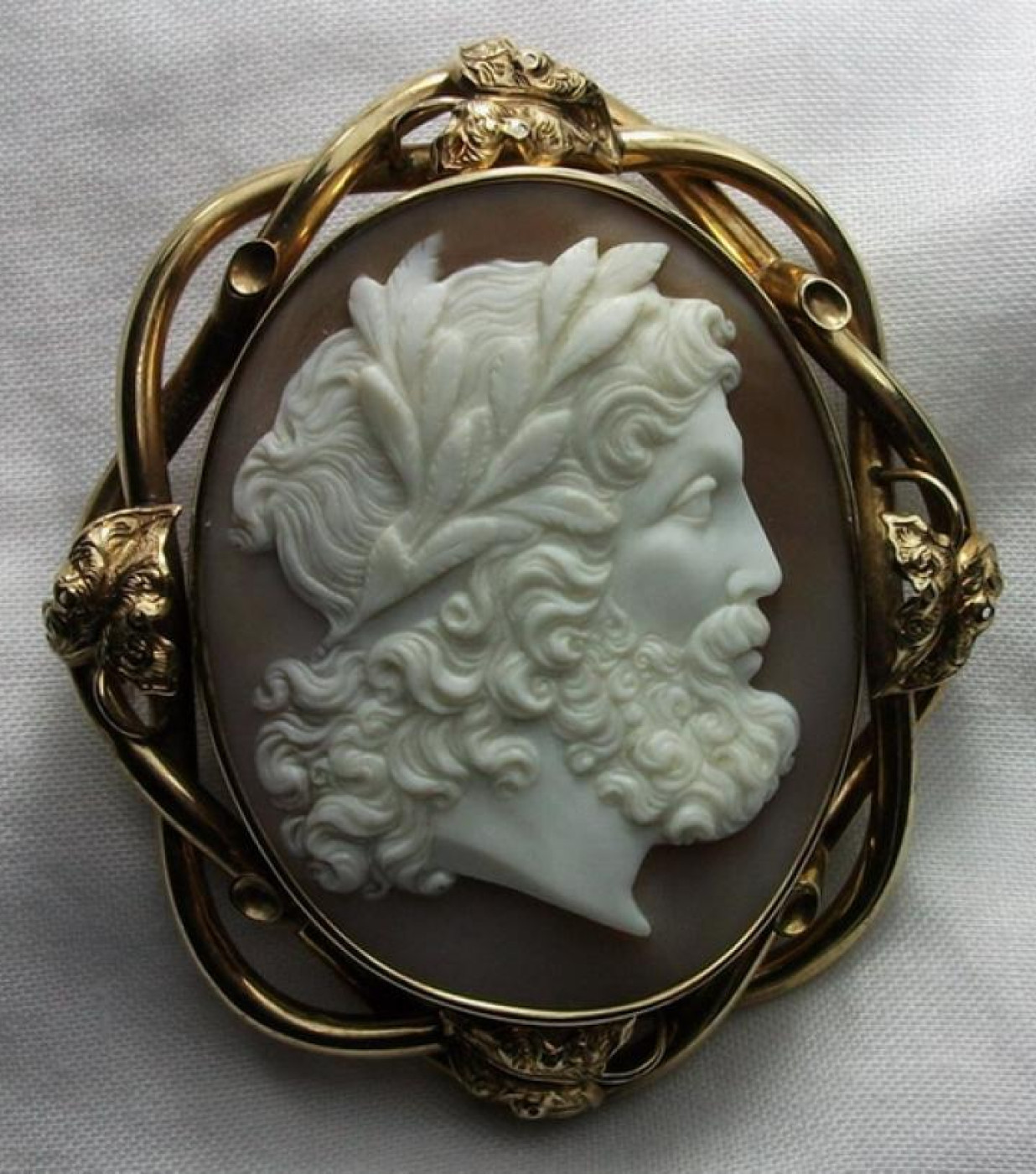 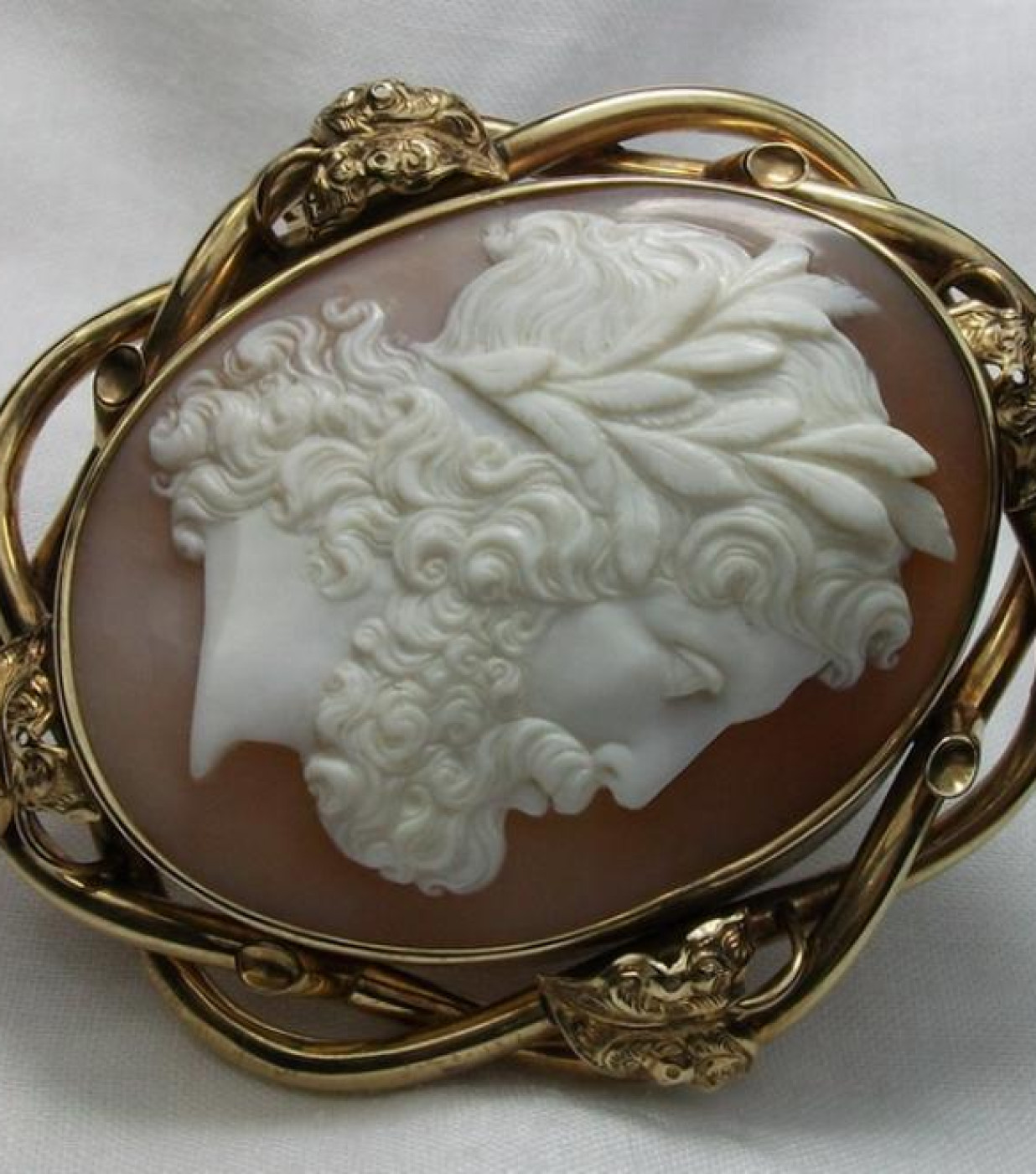 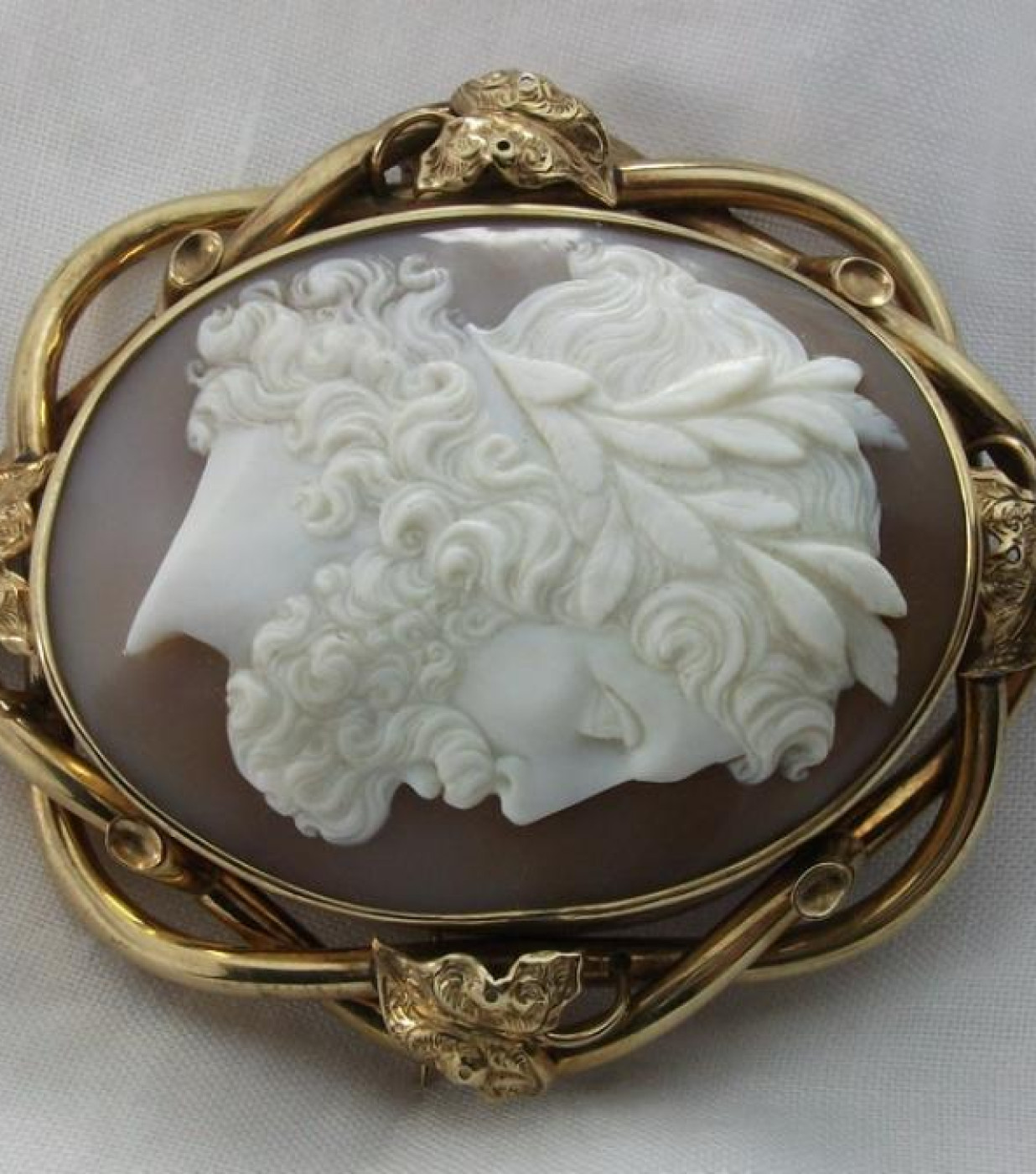 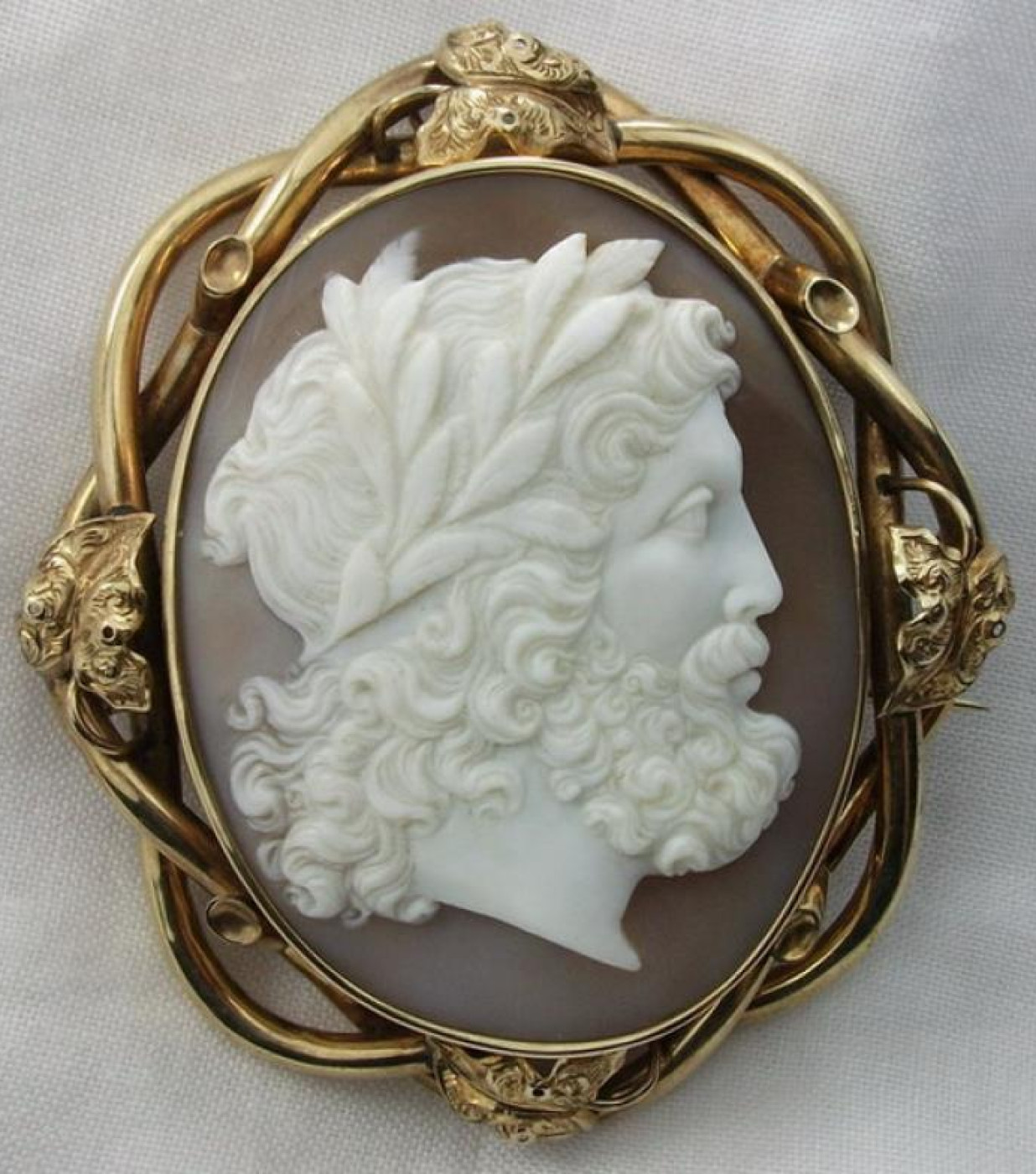 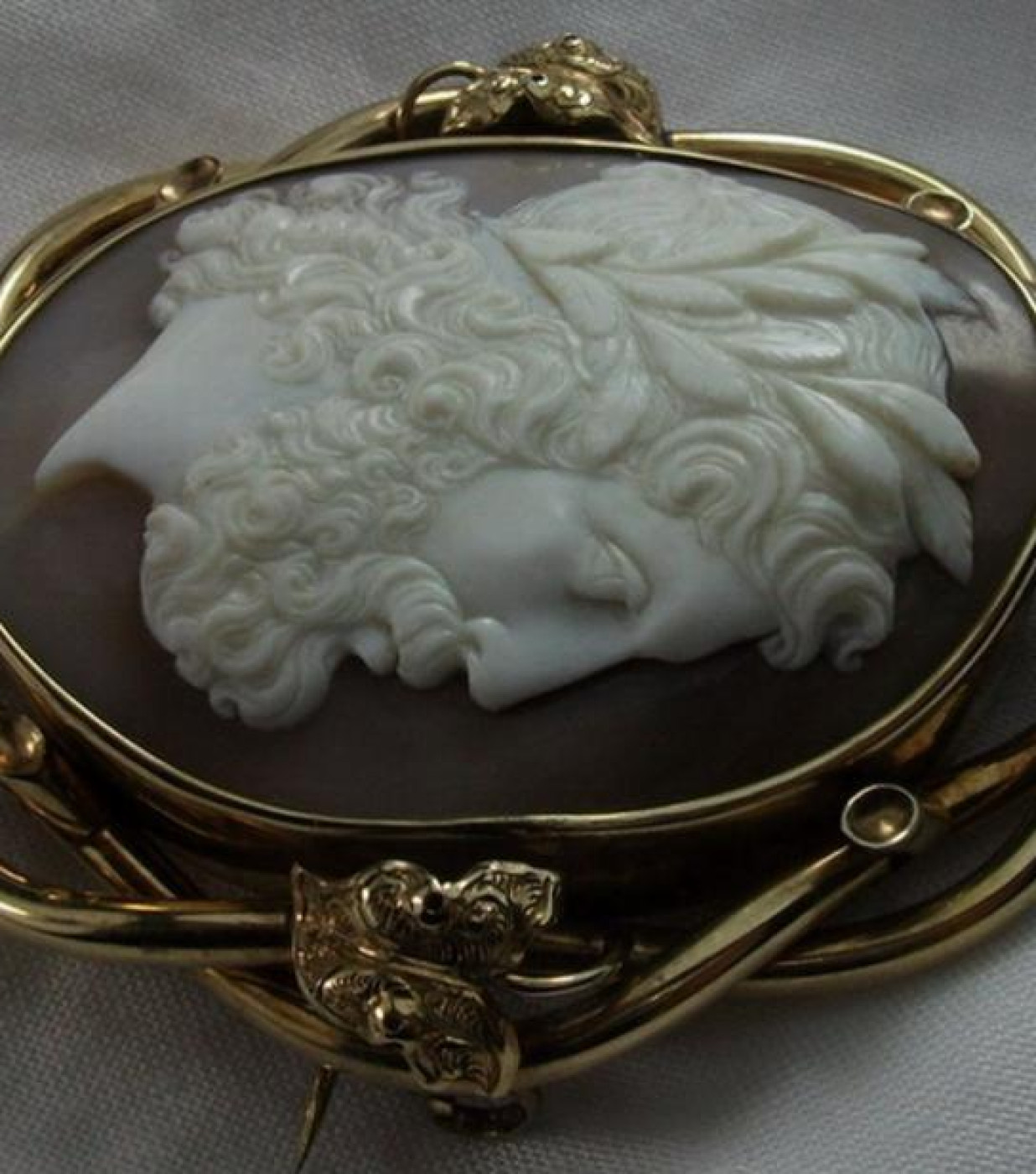 Please note
There are new pictures for this cameo taken with different lights and angles which are necessary to allow you to easily catch the real beauty of the cameo in every detail, difficult task to do through simple pictures.
Museum Quality and huge cameo depicting  Zeus the King of Gods. Zeus was a popular subject on cameos but finding a so huge and wonderfully carved one is rare. Just look at the pictures and you'll be amazed by his expression, he really seems to be alive.  His profile is just fierce and his expression is regal.  Everything is very realistic.  You can even see his pupil. This is one of the most beautiful cameo of Zeus that I have ever seen, the pictures speak by themselves. The frame is spectacular too, so elaborate and wonderful. This is another masterly carved cameo. A very desirable collectors piece, rare and museum quality cameo.
A Bit of History:
Zeus  in Greek mythology is the king of the gods, the ruler of Mount Olympus, and the god of the sky and thunder. His symbols are the thunderbolt, eagle, bull and the oak. Zeus was the child of Cronus and Rhea, and the youngest of his siblings. In most traditions he was married to Hera, although at the oracle of Dodona his consort was Dione: according to the Iliad, he is the father of Aphrodite by Dione. He is known for his erotic escapades, including one pederastic relationship with Ganymede. These resulted in many famous offspring, including Athena, Apollo and Artemis, Hermes, Persephone (by Demeter), Dionysus, Perseus, Heracles, Helen, Minos, and the Muses (by Mnemosyne); by Hera he is usually said to have fathered Ares, Hebe and Hephaestus. His Roman counterpart was Jupiter.