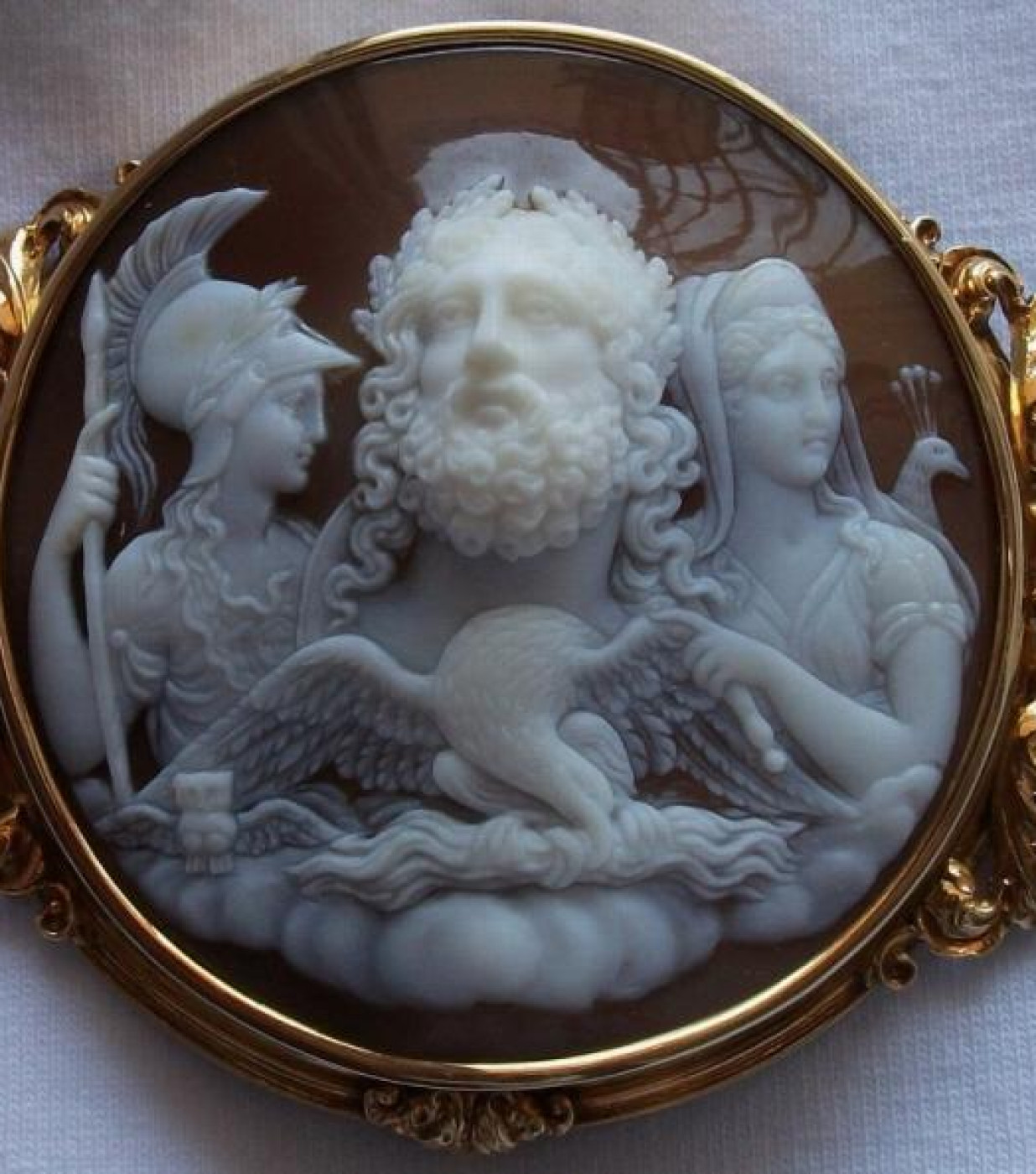 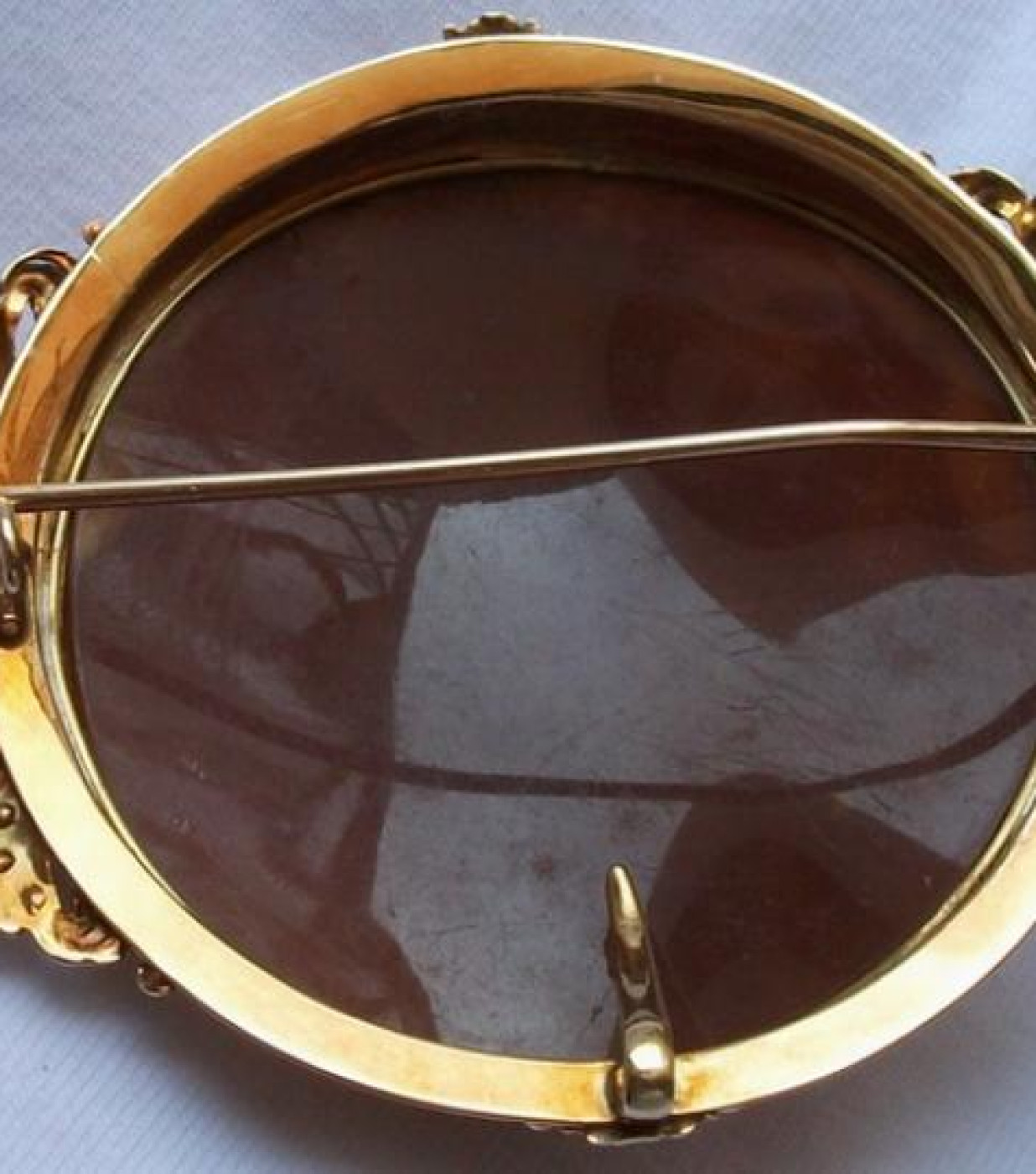 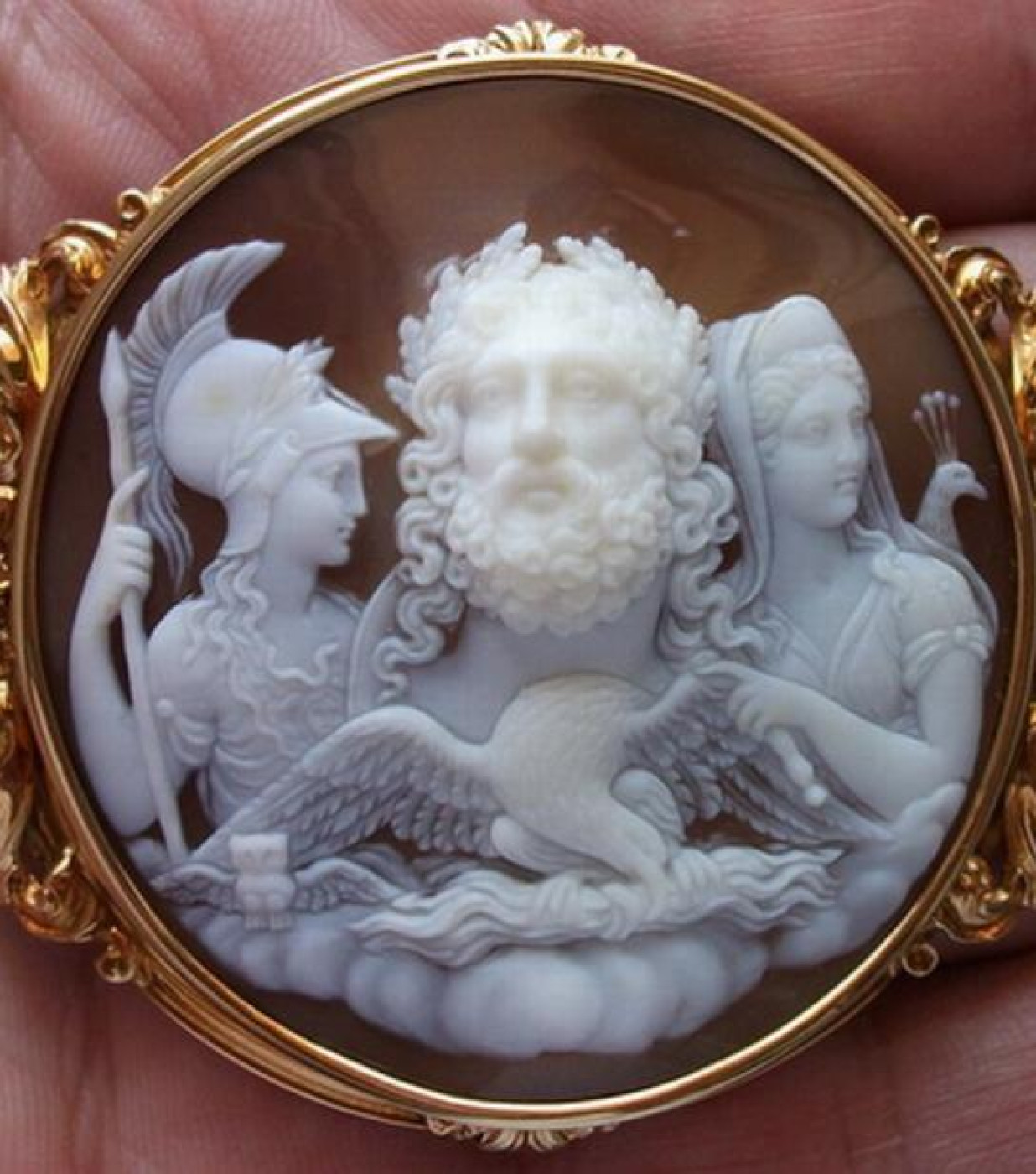 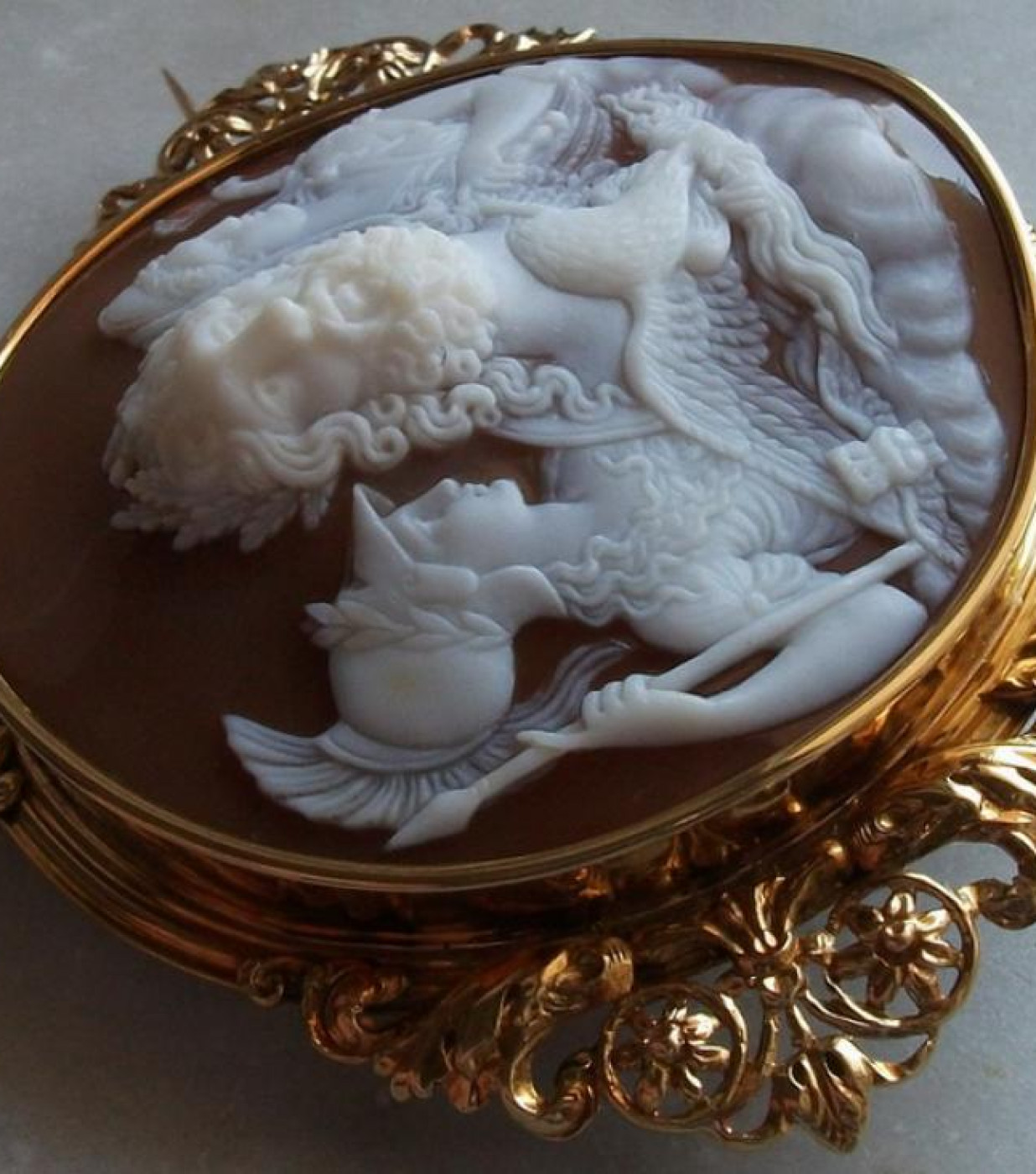 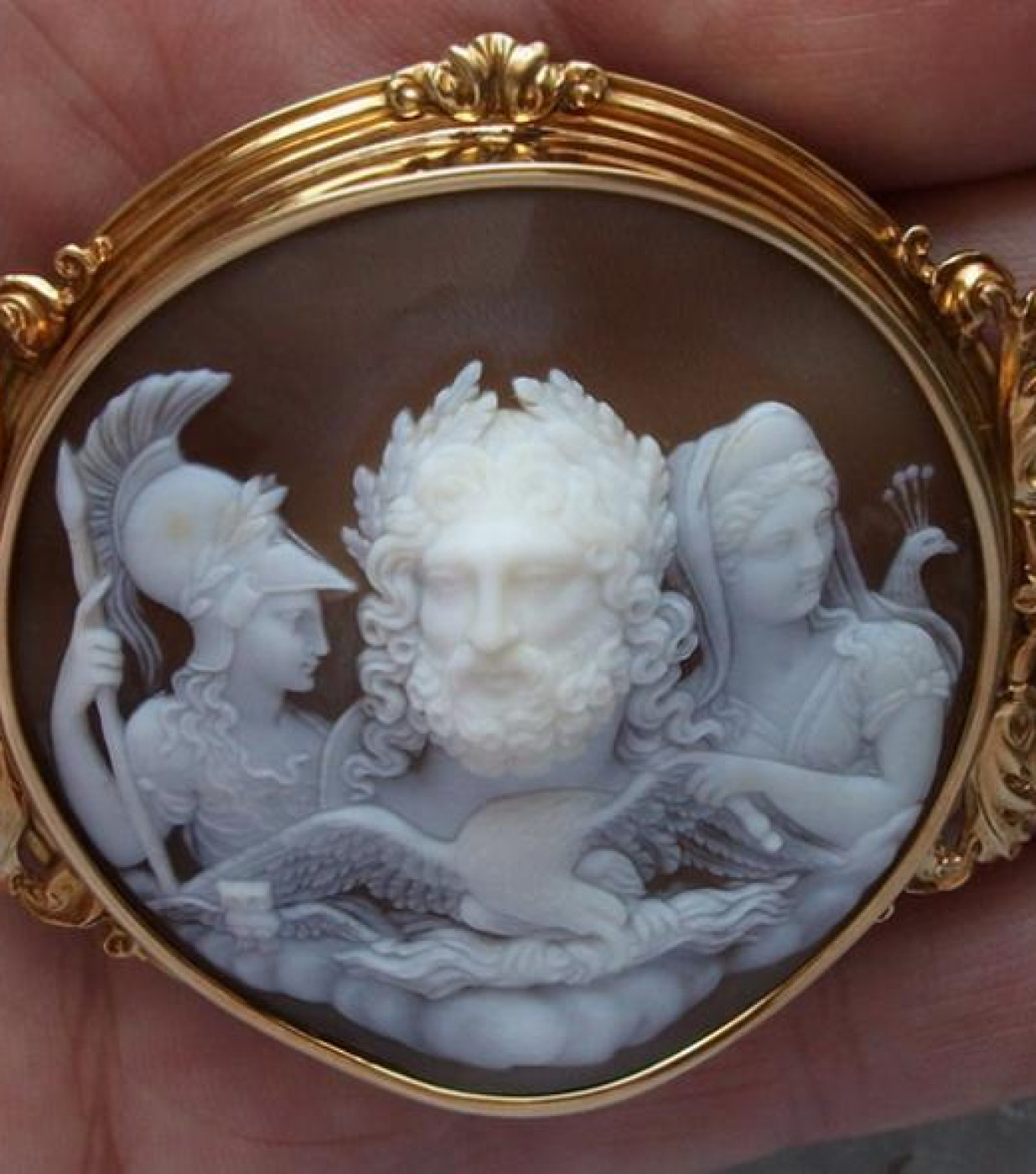 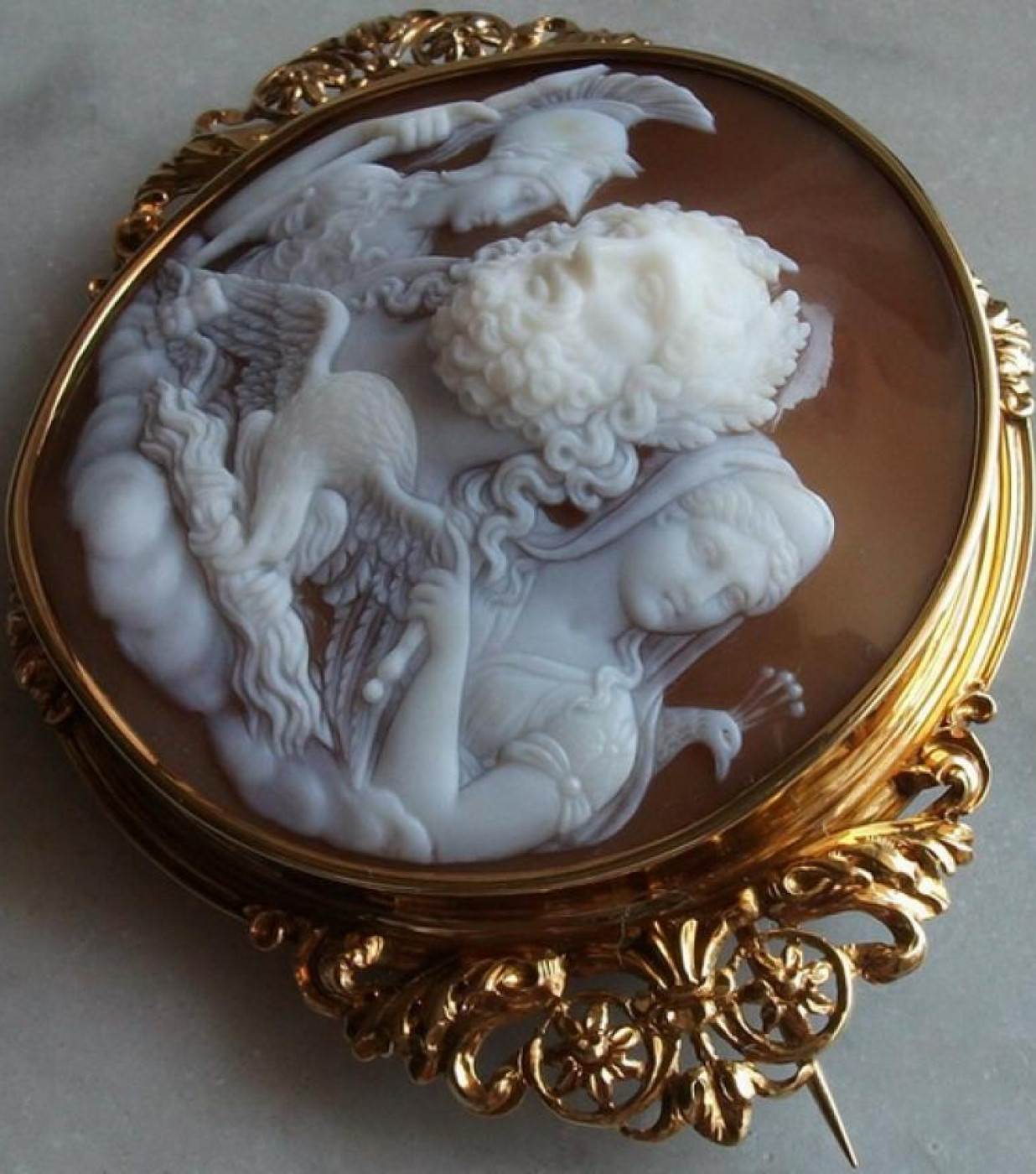 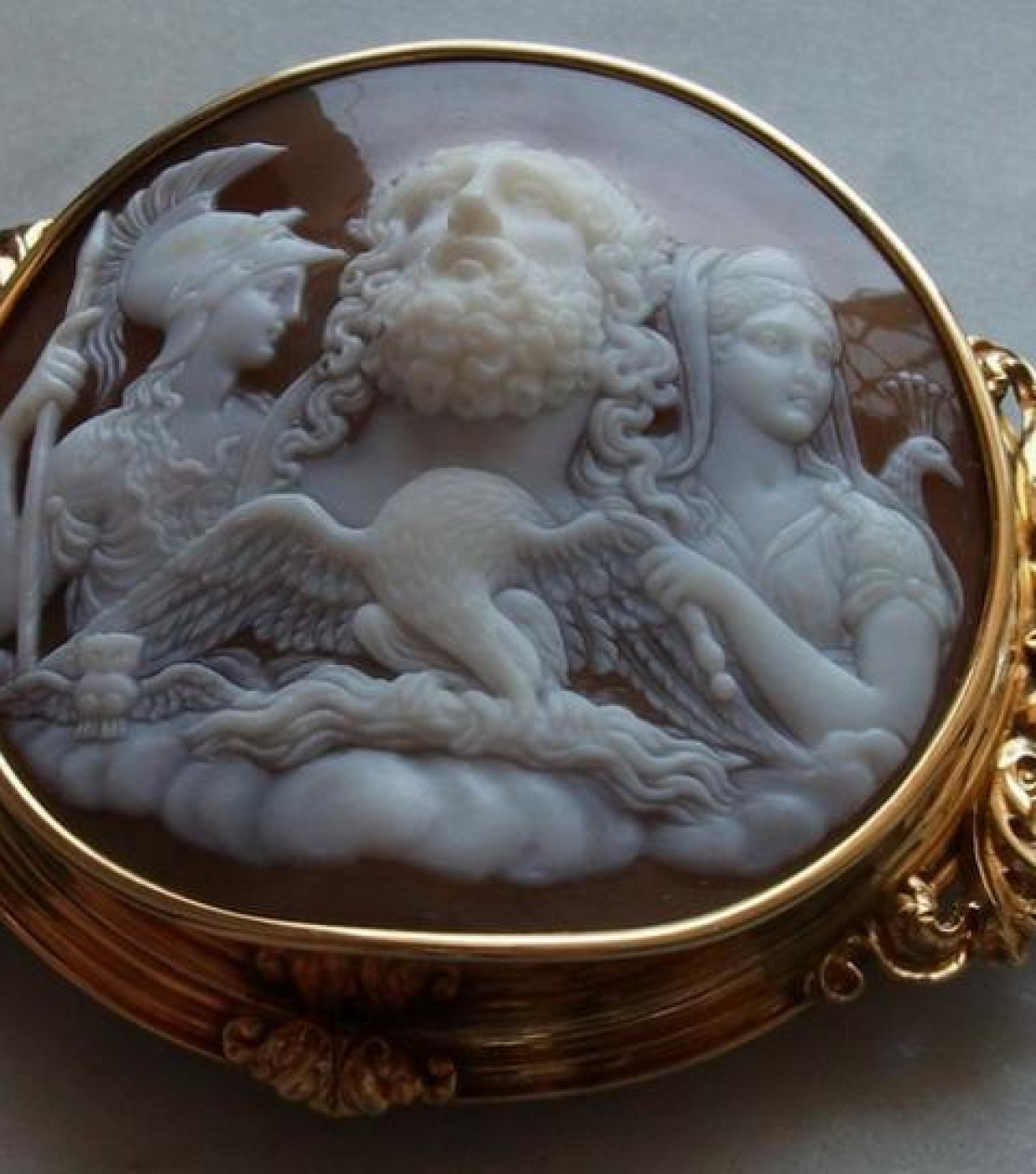 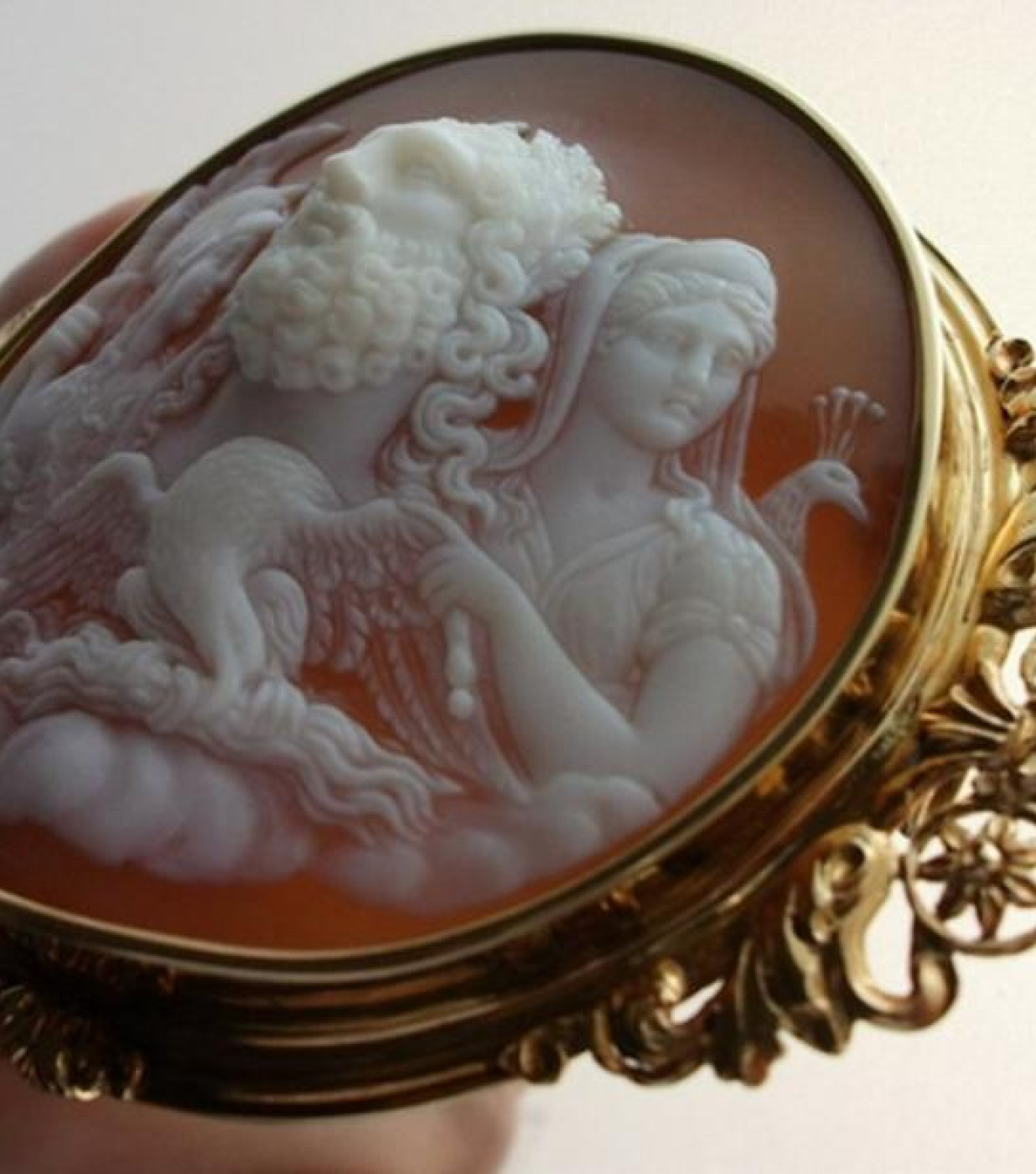 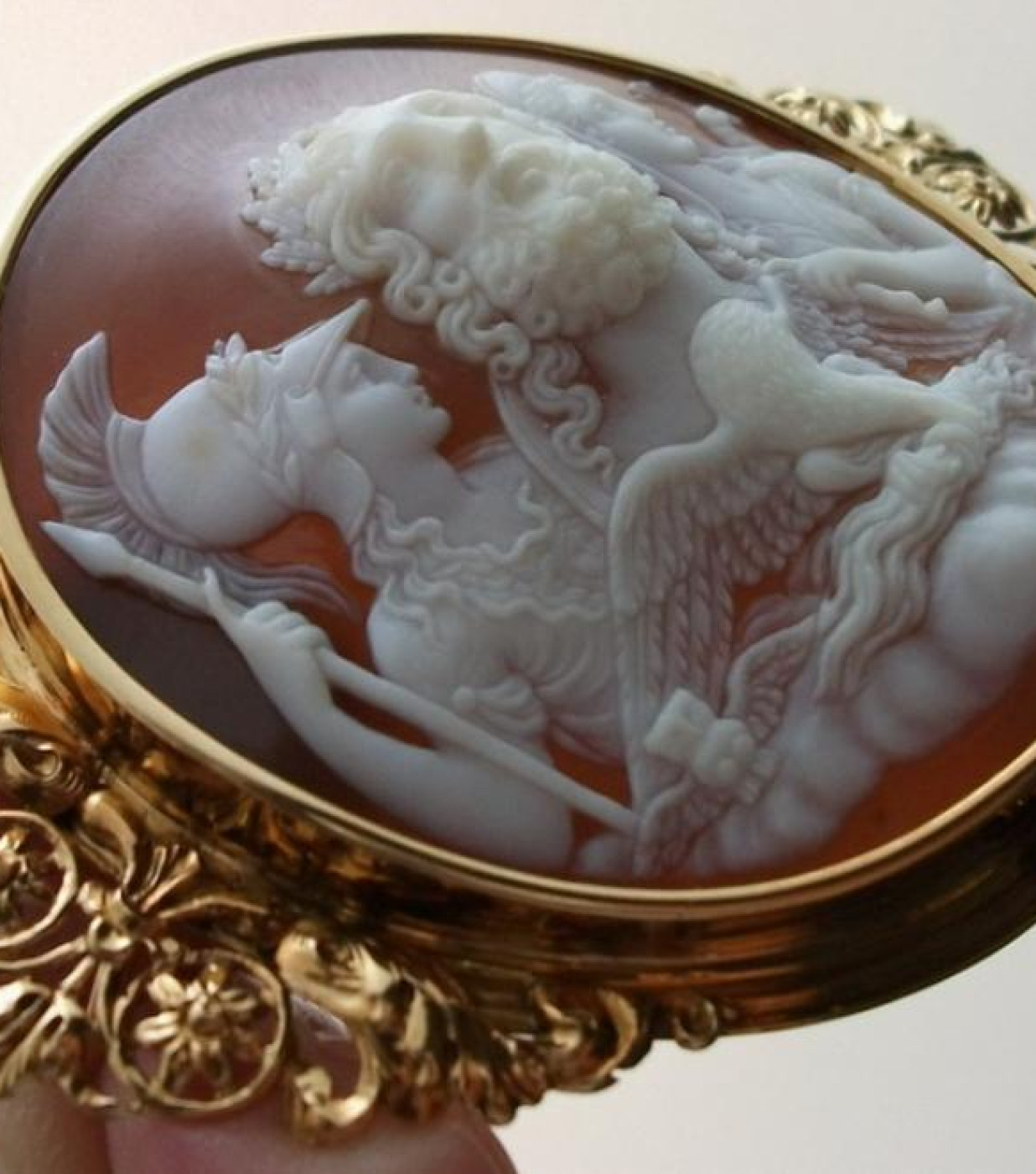 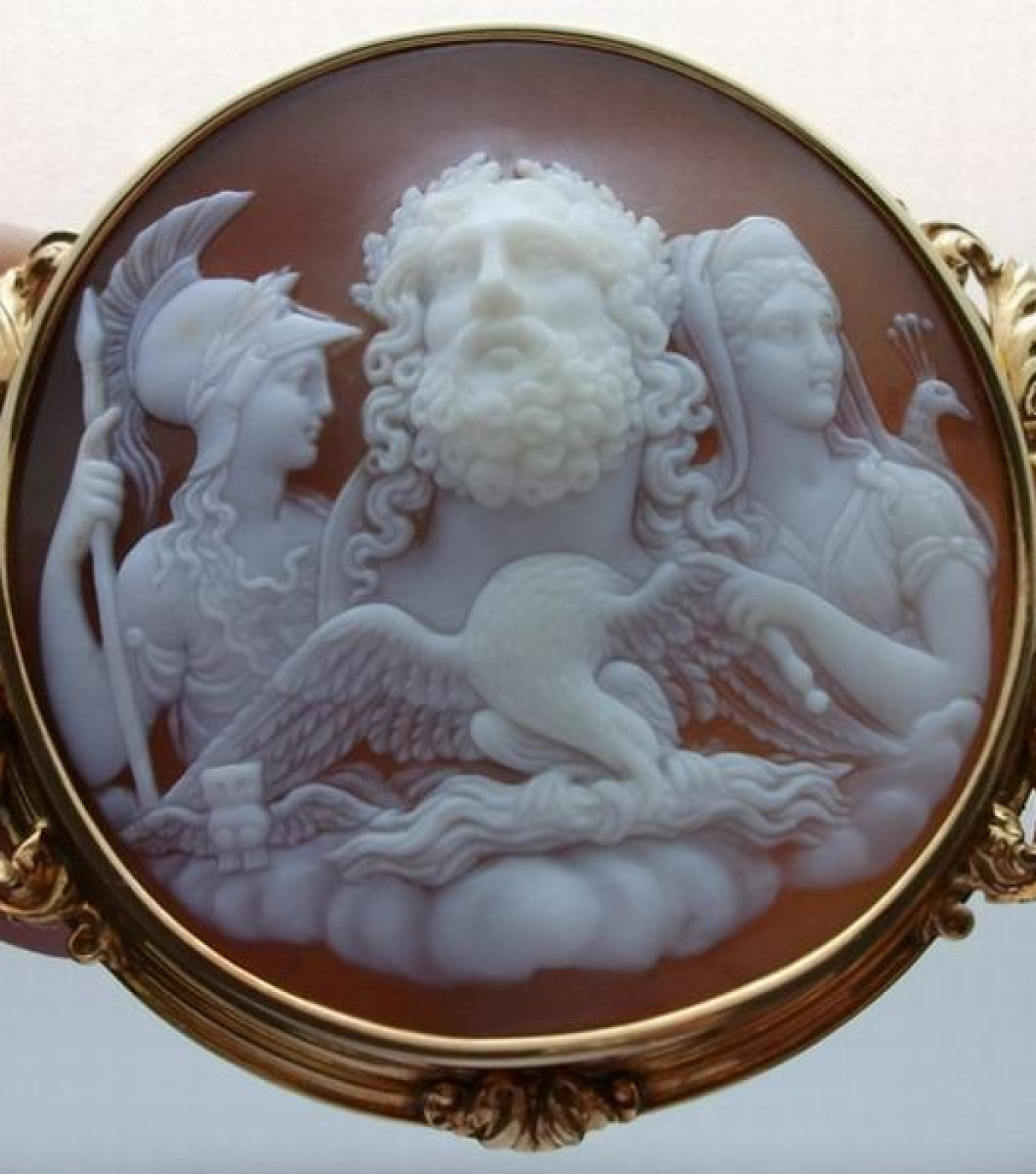 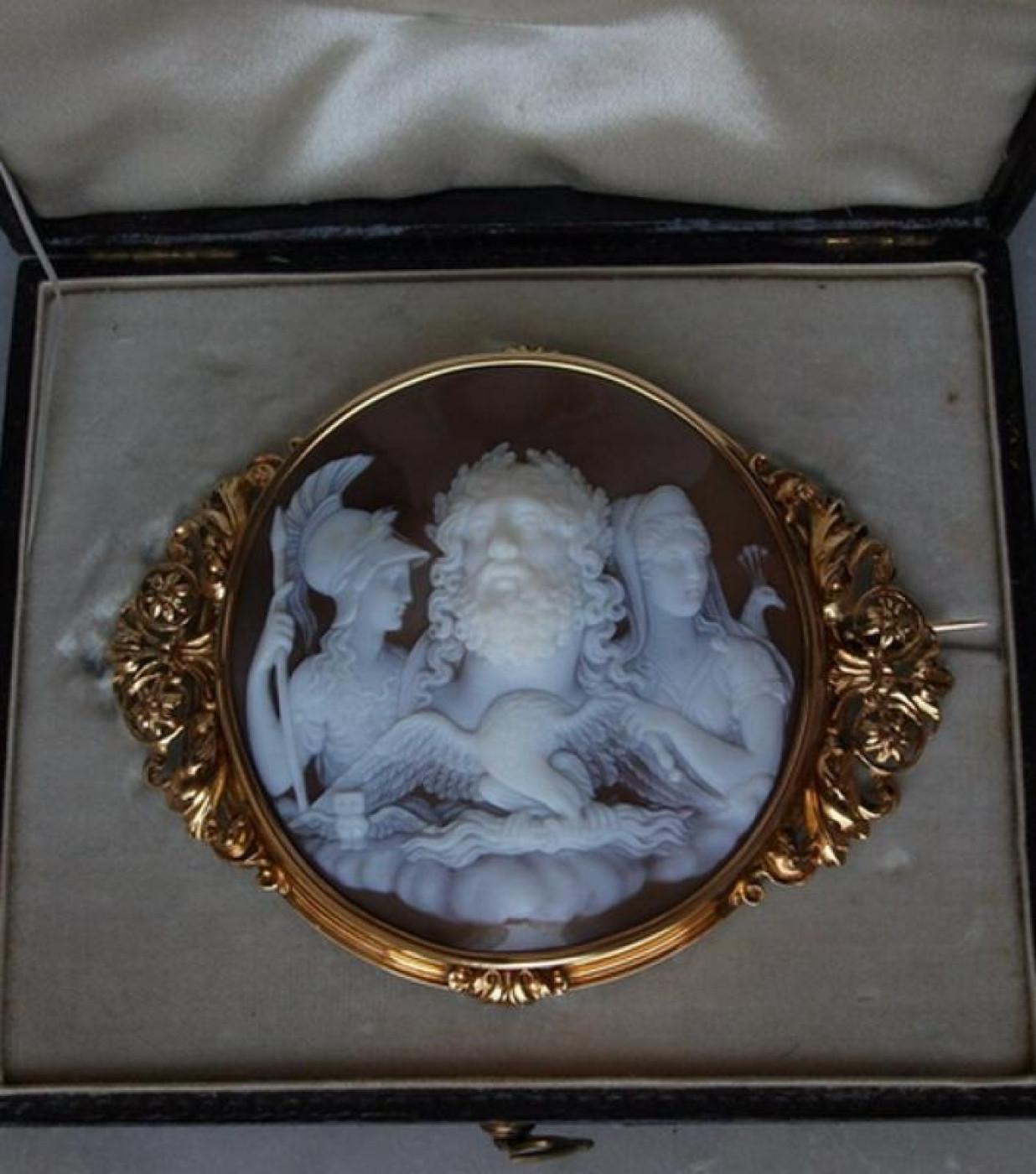 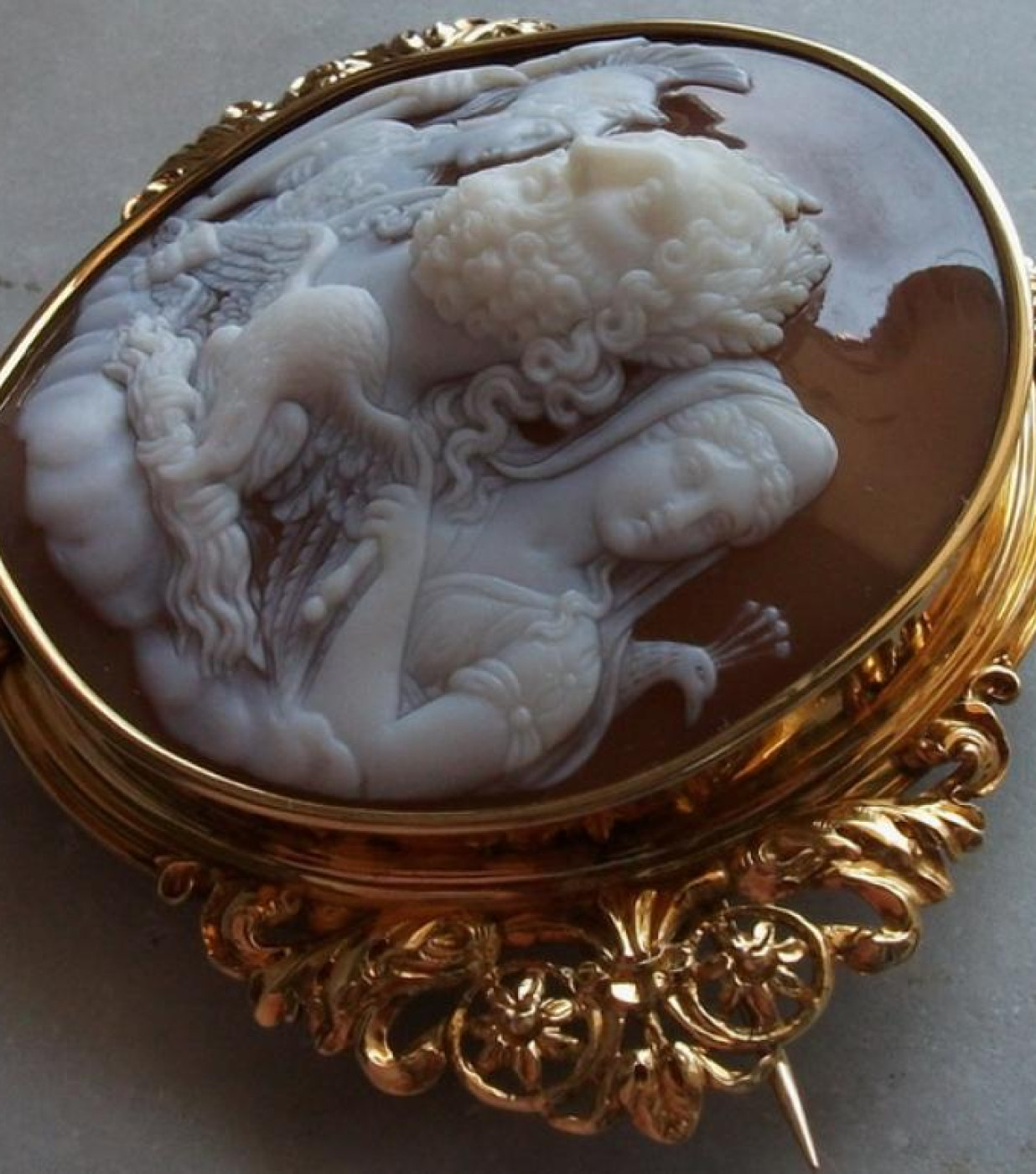 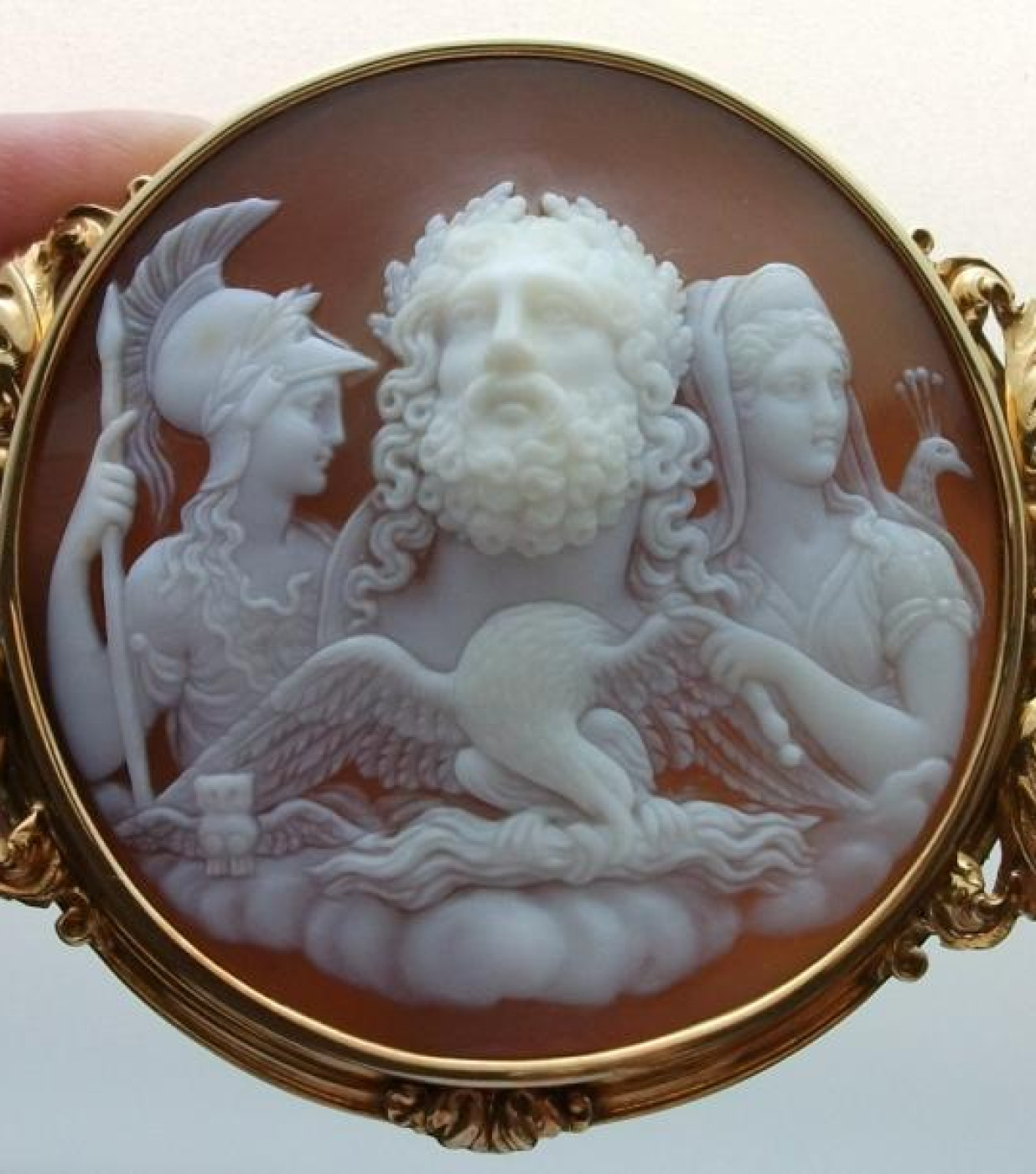 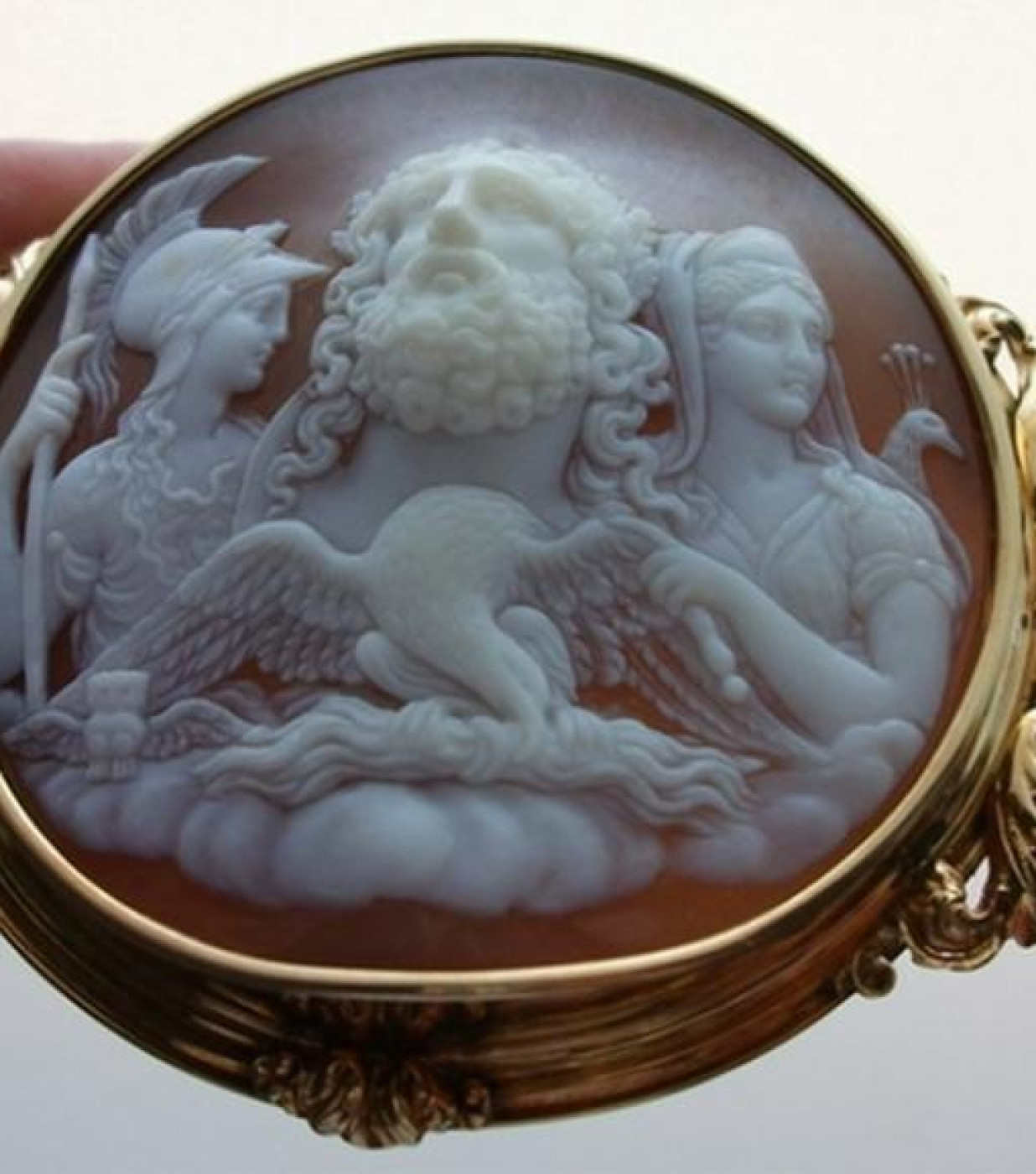 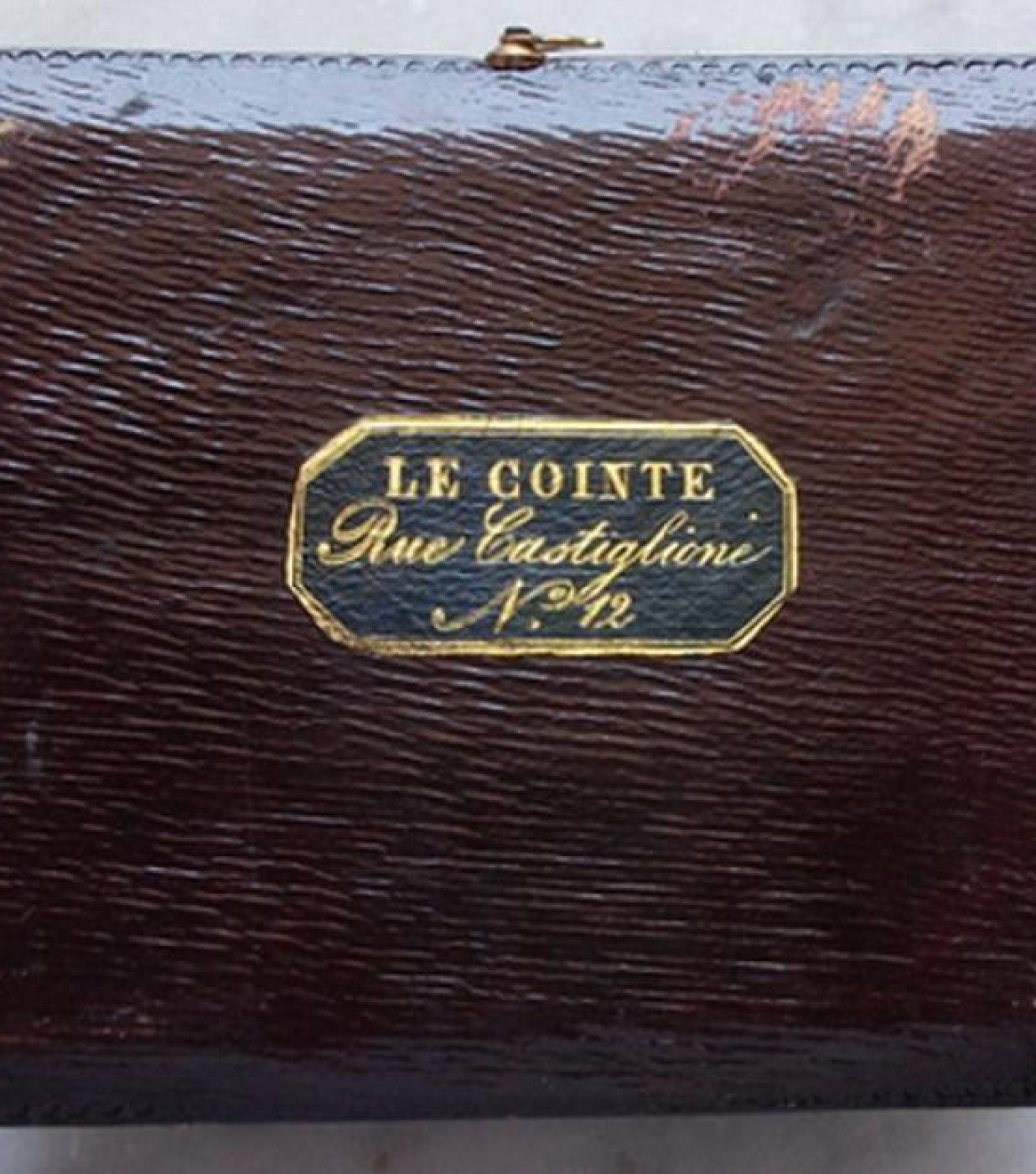 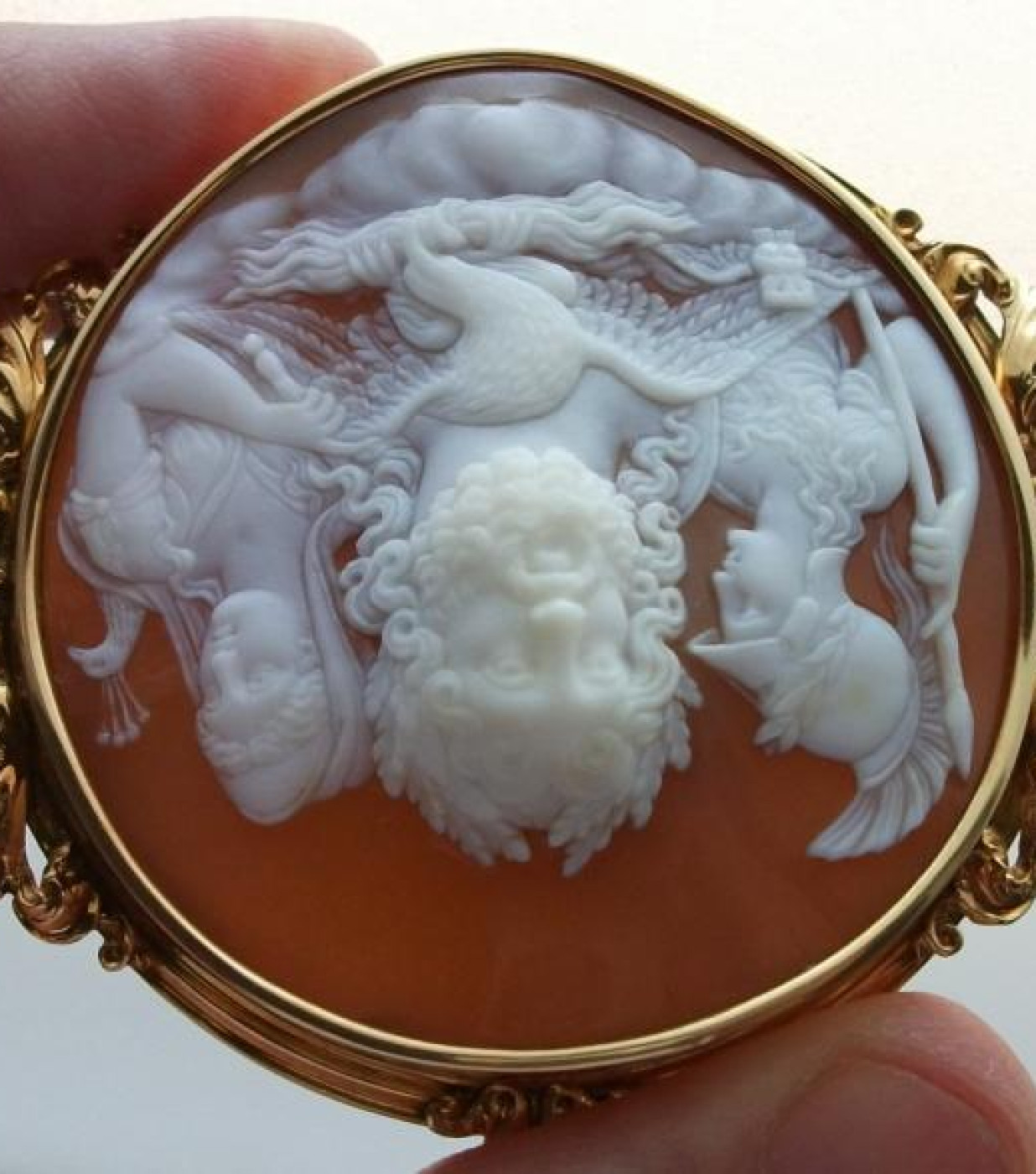 This one is a More than Museum Quality cameo depicting Zeus, the King of Gods, his wife Hera, the Queen of Gods, and their daughter Athena. I have never seen a similar subject until now. This is rarest depiction of on a cameo. The carving is spectacular, every single detail is finely carved. All the symbols of the three Gods are shown.  The eagle holding thunderbolts for Zeus, the sceptre and the peacock for Hera, the owl for Athena. The central figure of Zeus is bigger than the other two ones, this means that he is the most important of the three and his majestic is perfectly rendered in this cameo. His proud face is adorned by a beard which is so finely carved that it appears to be real. The carving of Zeus is bolder than the carving of Hera and Athena, this to remark that, even if the two Goddesses are the most important between the female deities, they are however minor figures than Zeus. The pictures really don't give any justice to this piece that is something of really outstanding, when the shell is so dark, which means a high quality shell, the carving is very white and hard to photograph because being so white it reflects the light and pictures seem a bit blurred.  The cameo is also very high relieved, as can be seen from the pictures below. This cameo has been carved by a true artist and is in immaculate conditions in its fitted case. The frame too is another work of art, elaborate scrolls and leaves and flowers enhance both sides of it. A rarest cameo depicting a rare subject and with a wonderful frame. An artwork  to collect, another Museum Quality cameo that I'm pleased to show on this site.