Wonderful Cameo The Allegory of the Day 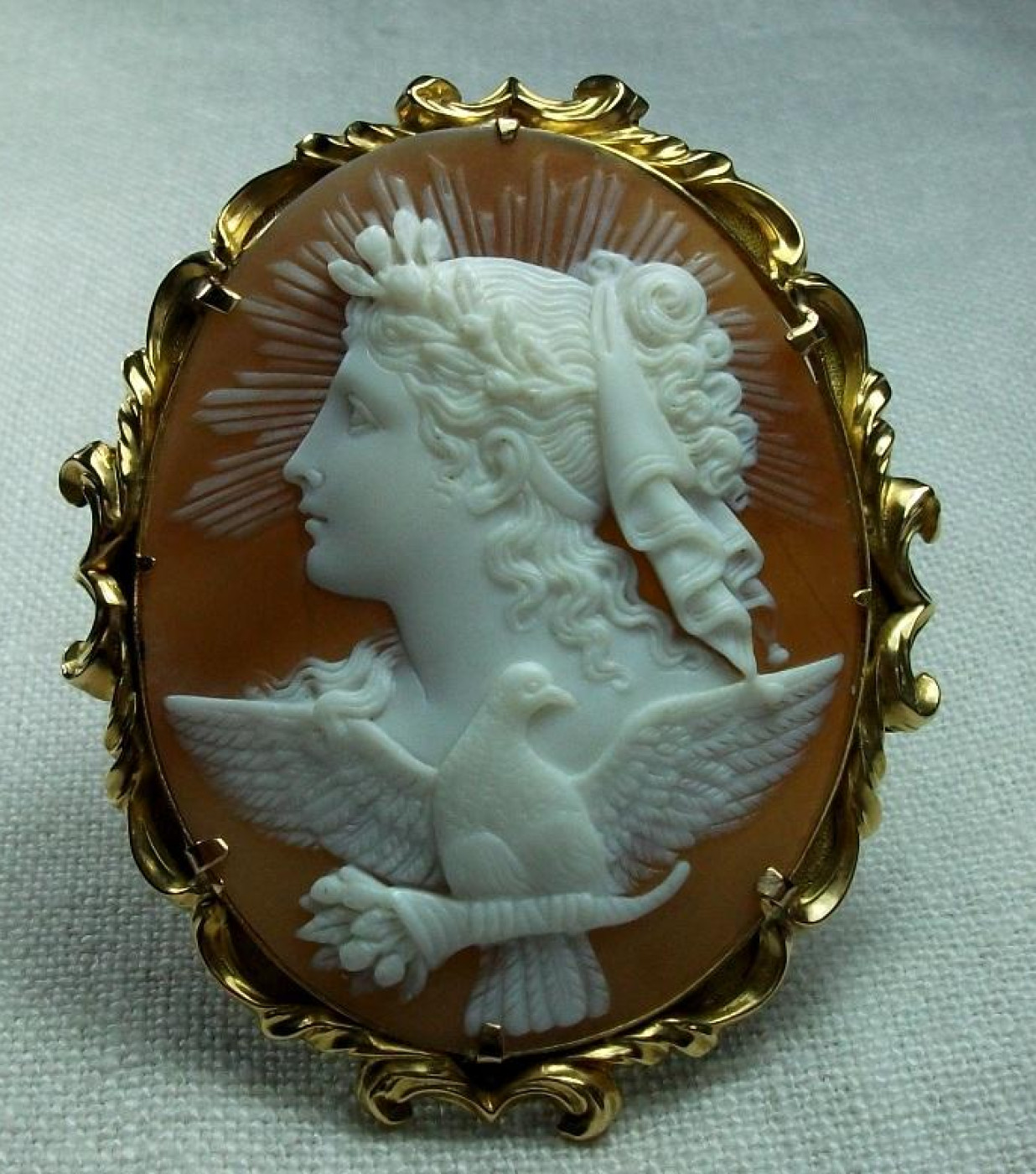 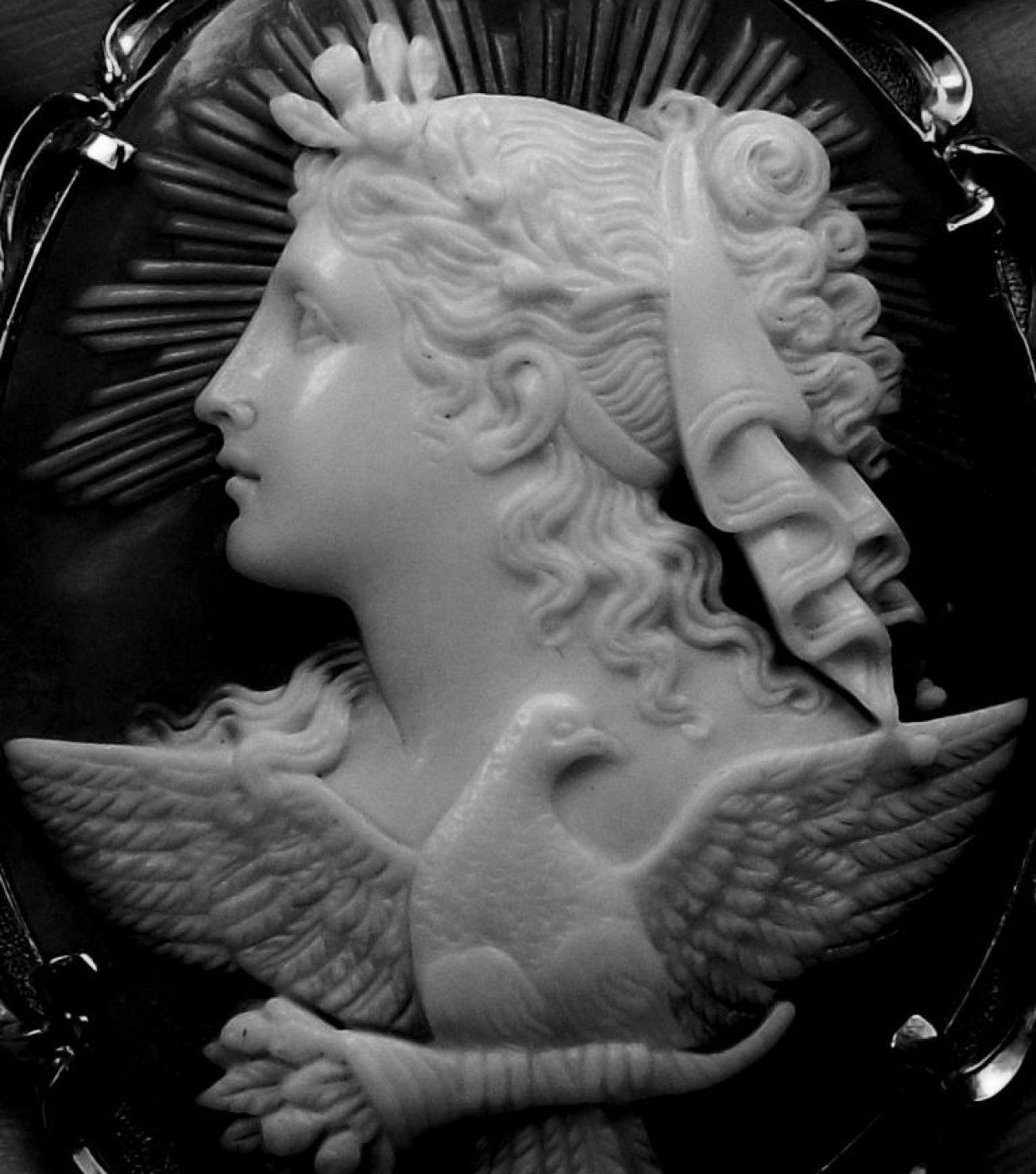 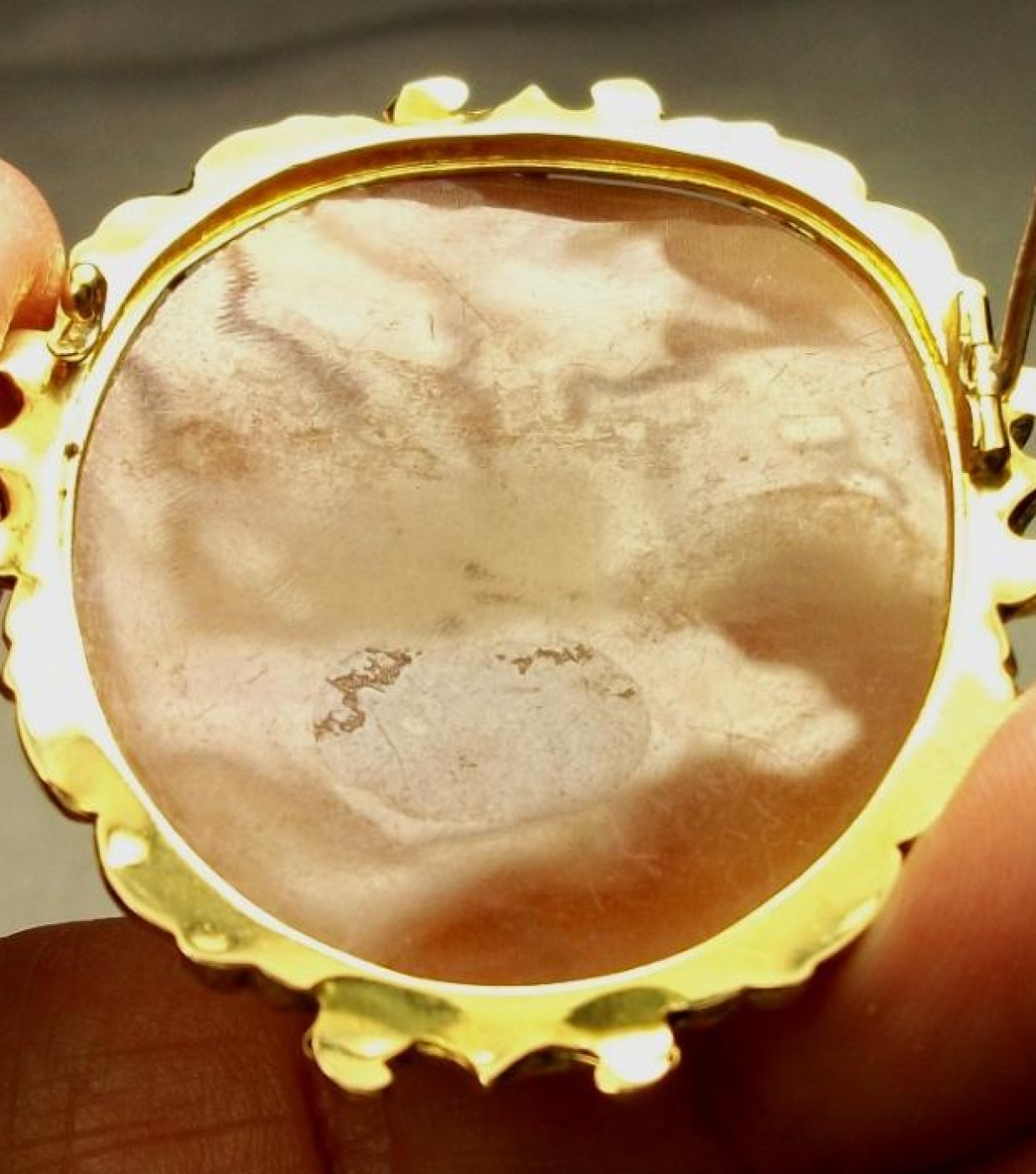 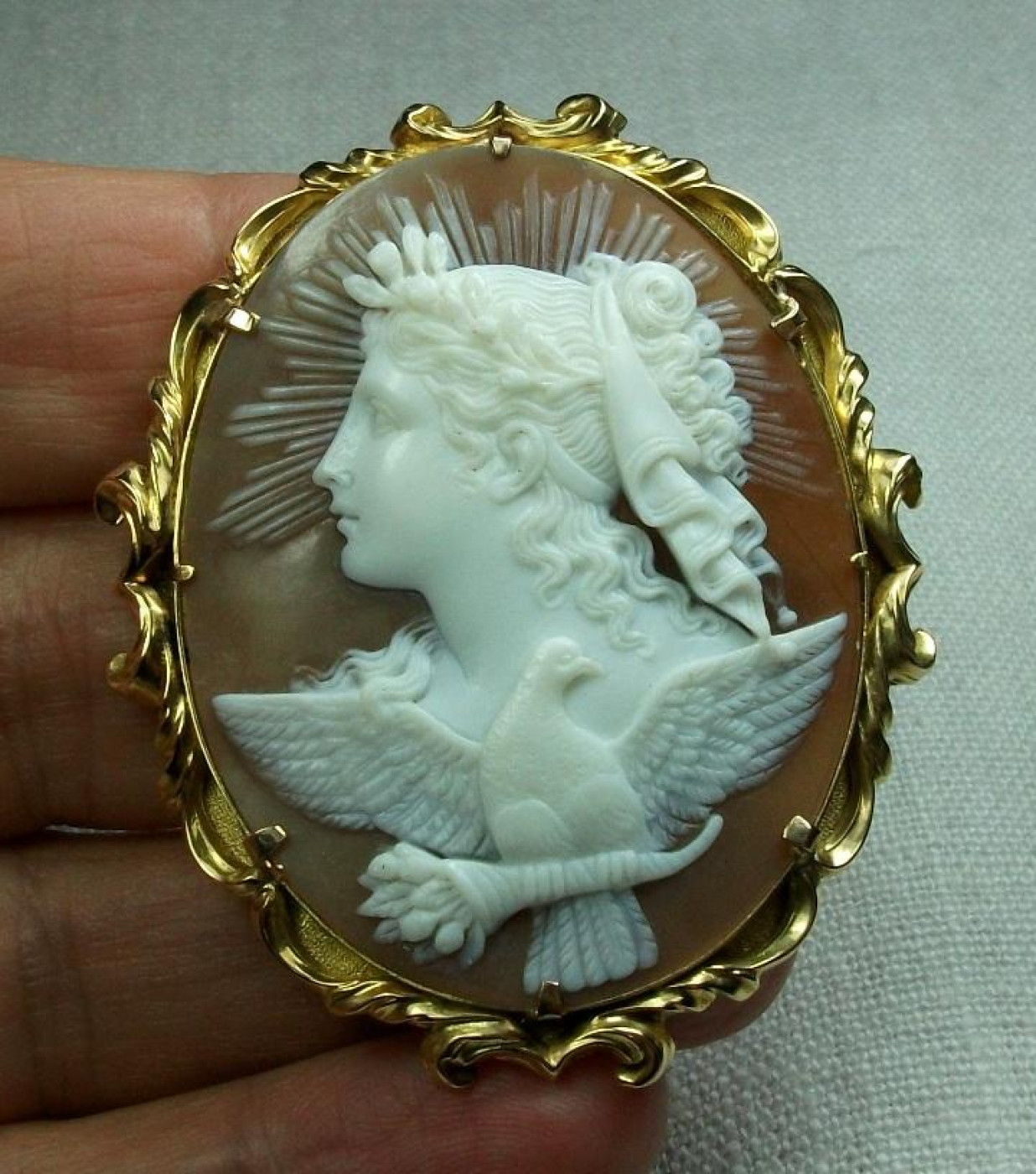 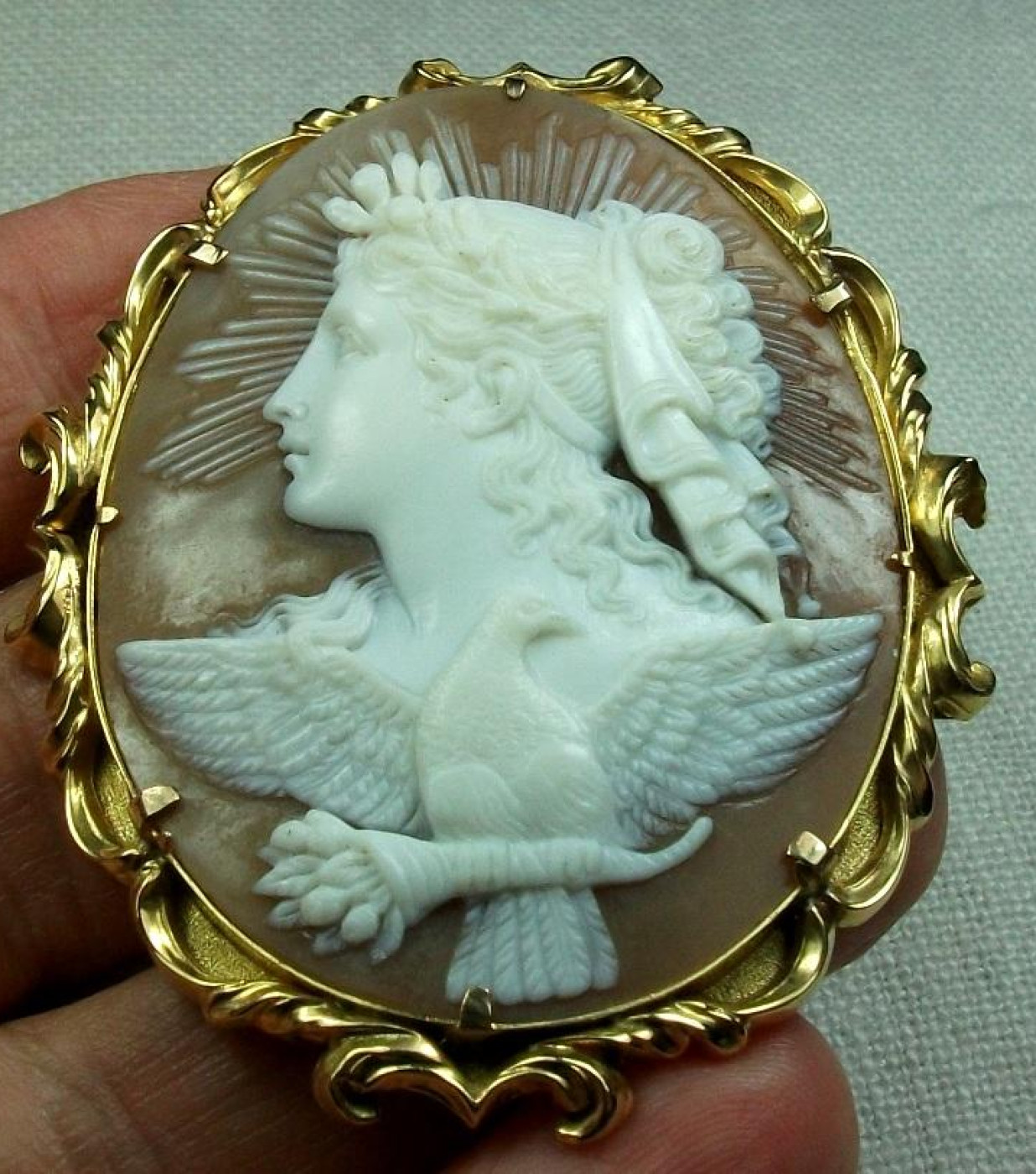 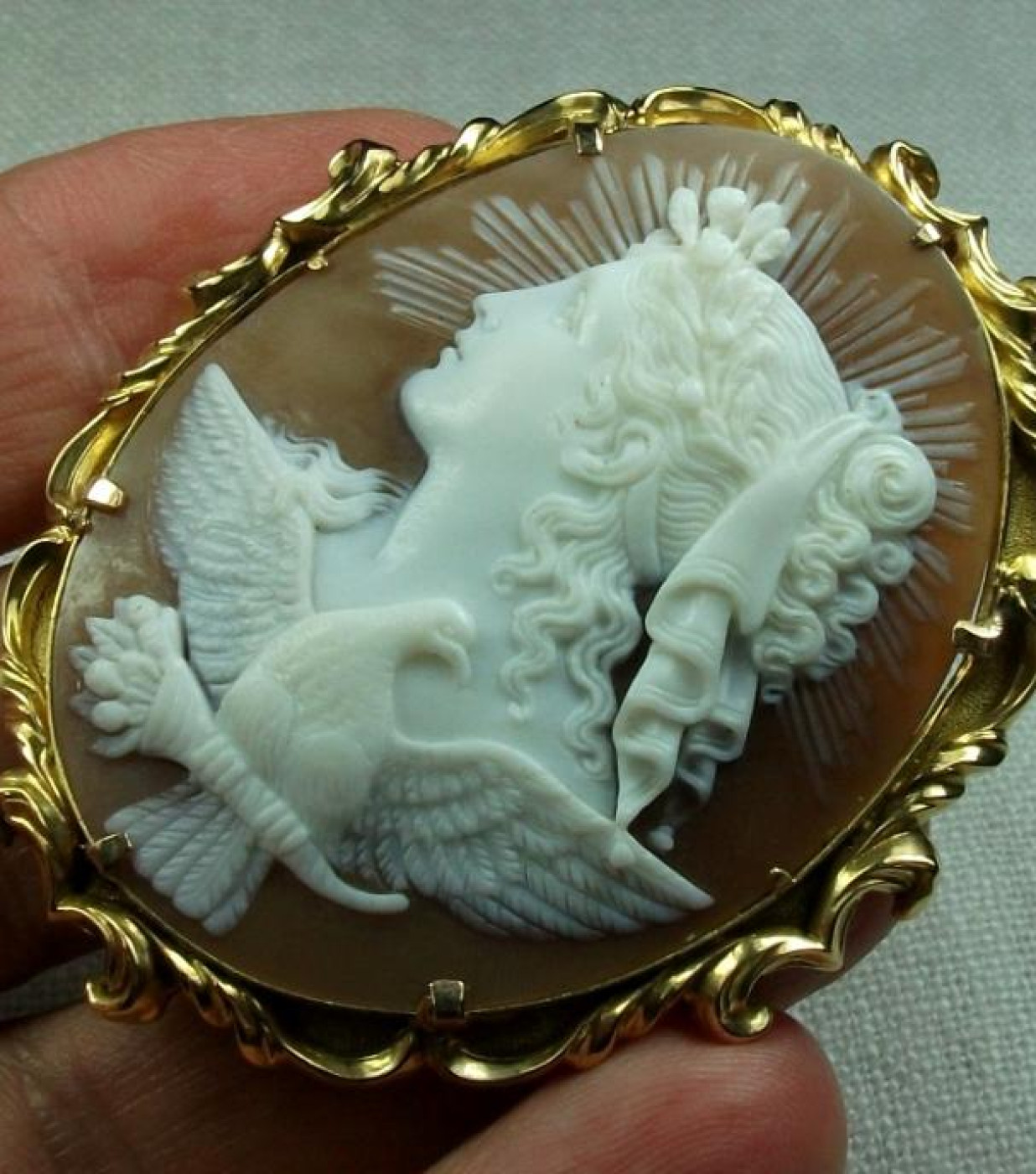 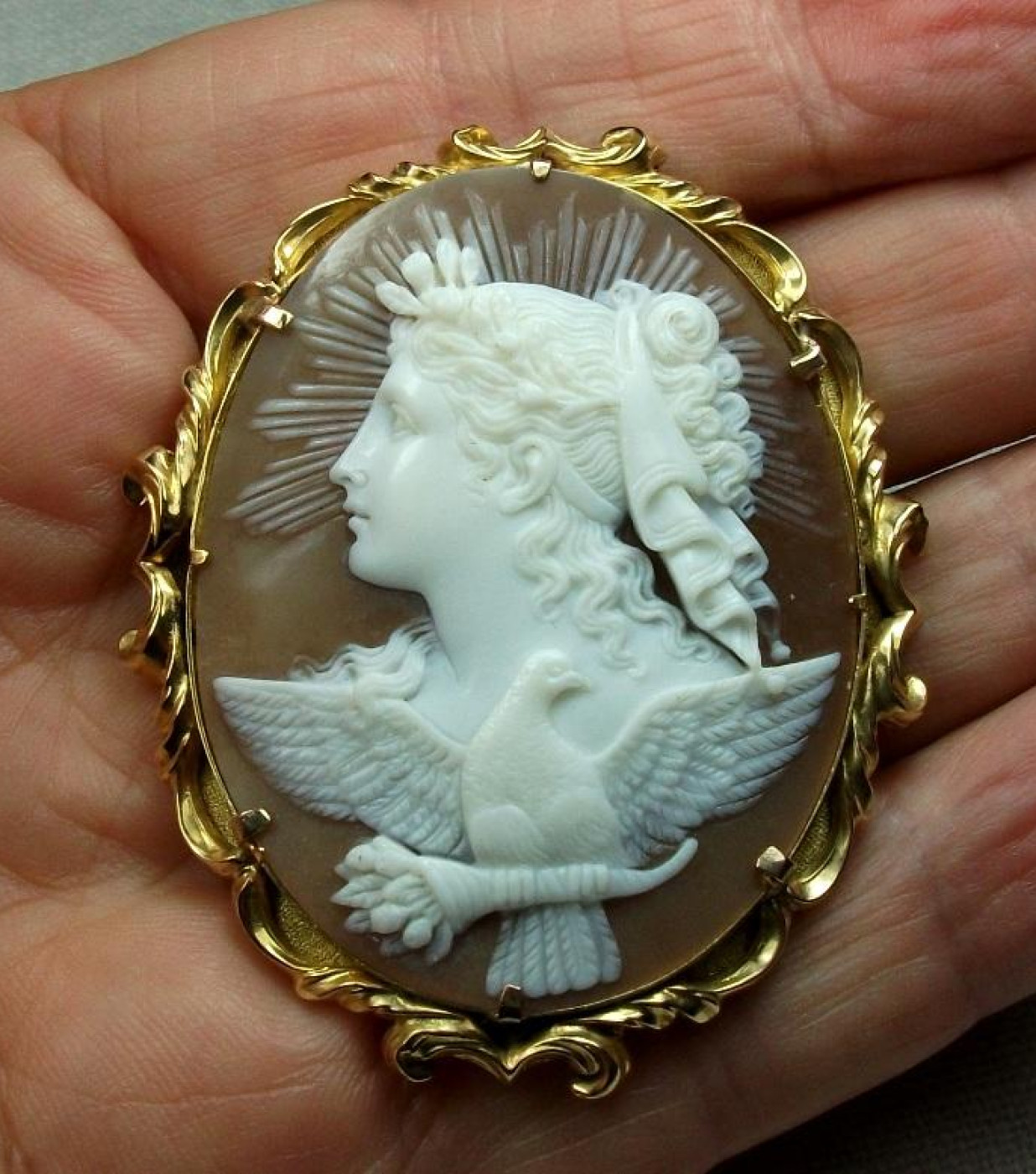 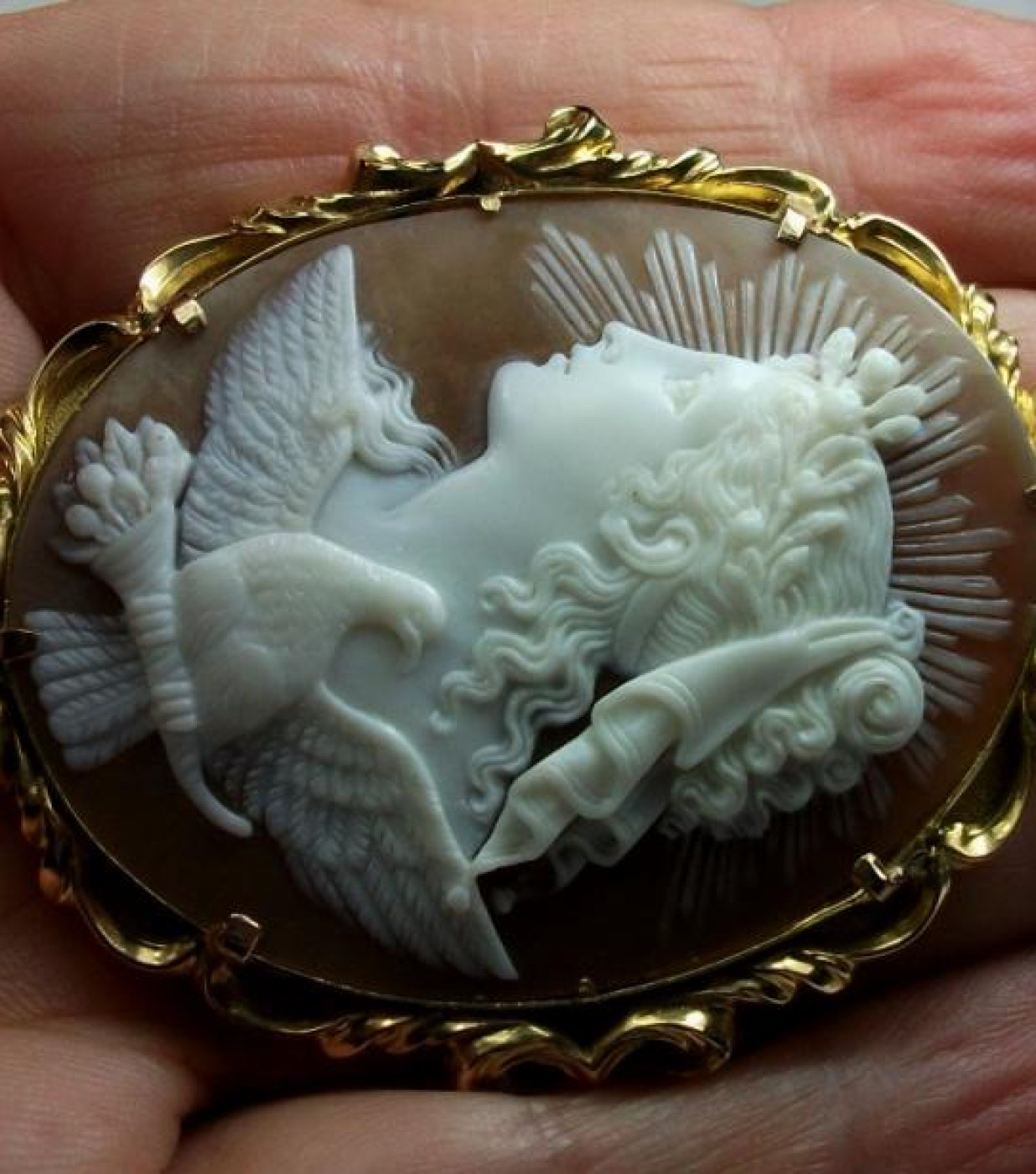 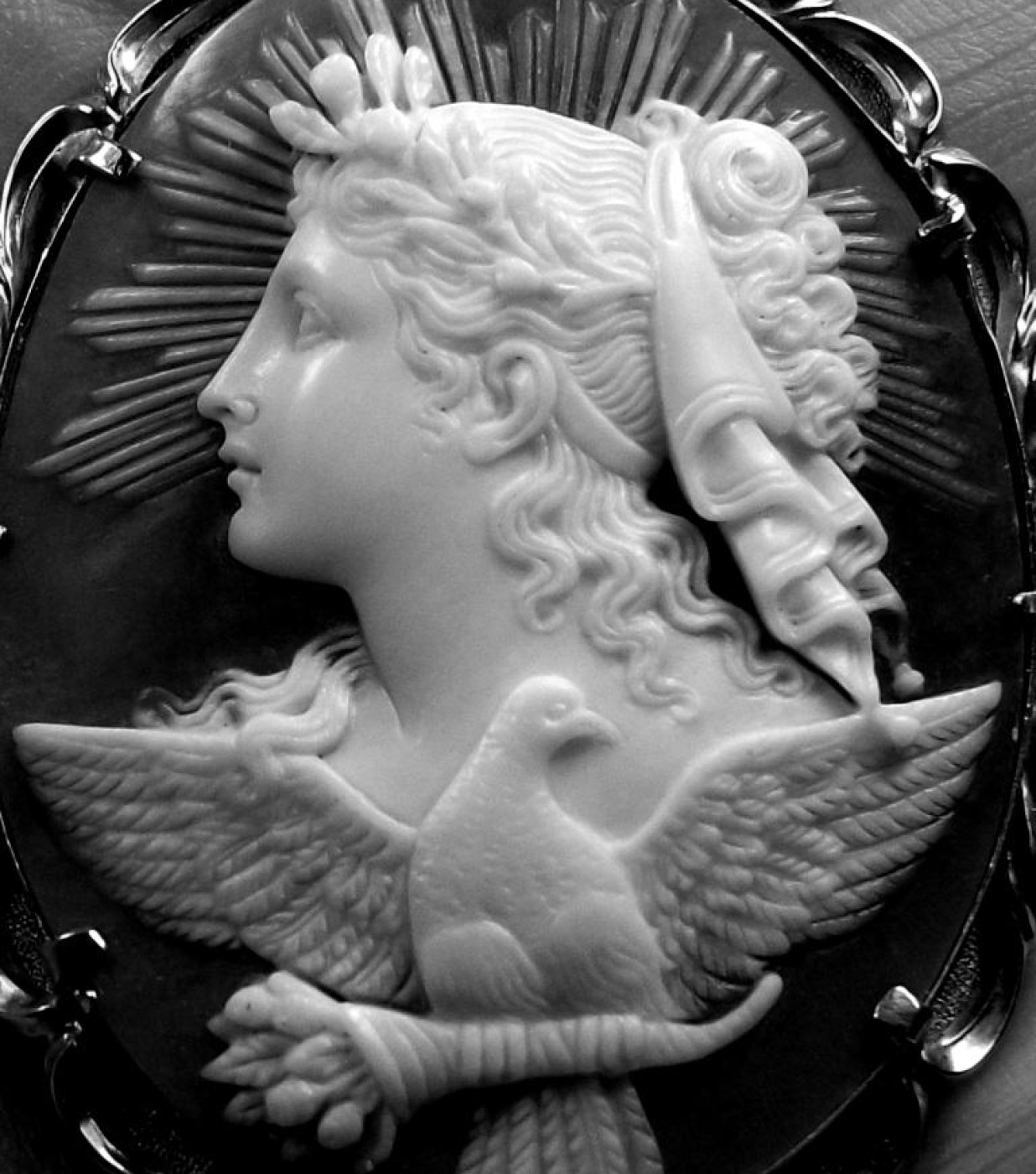 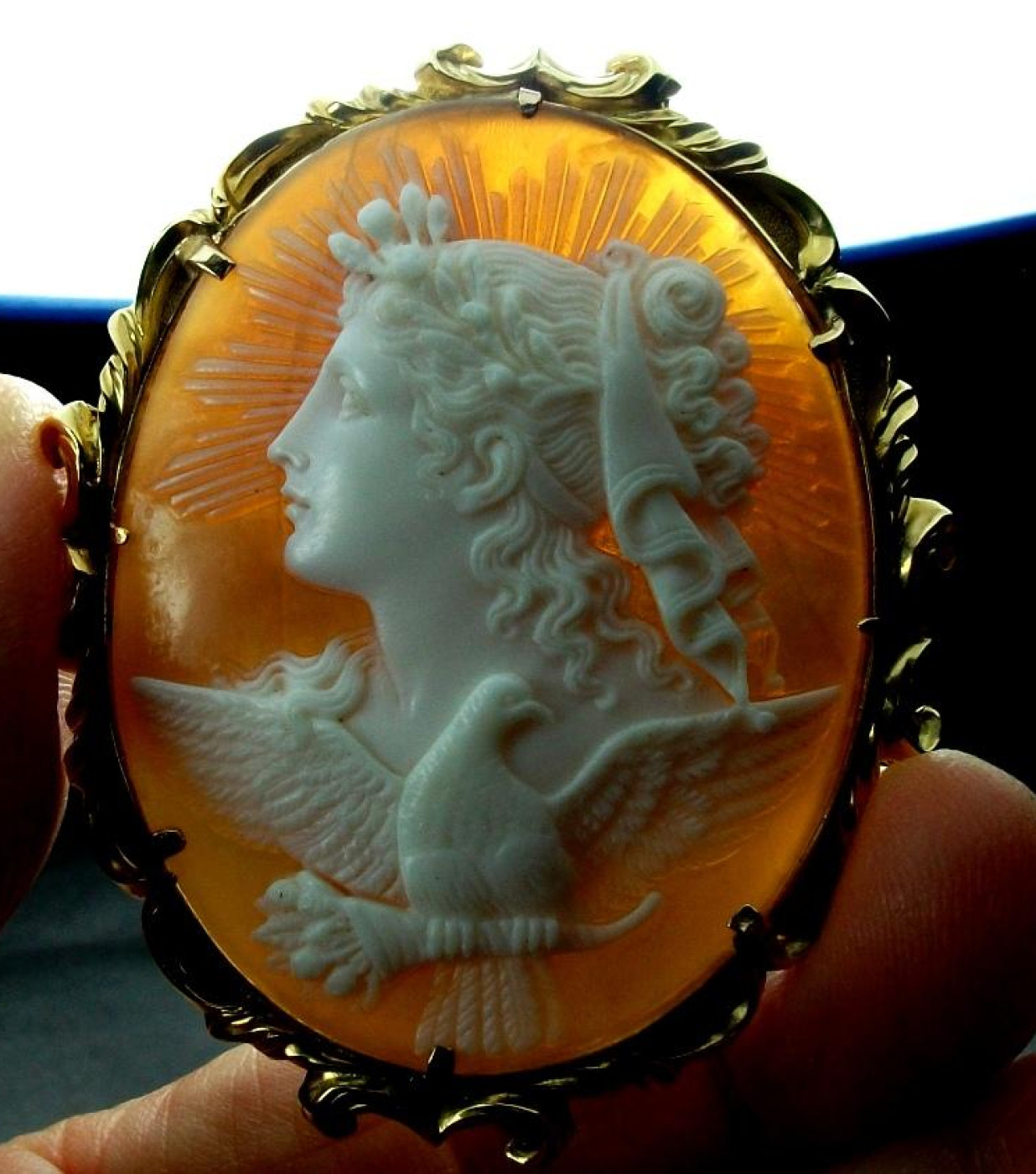 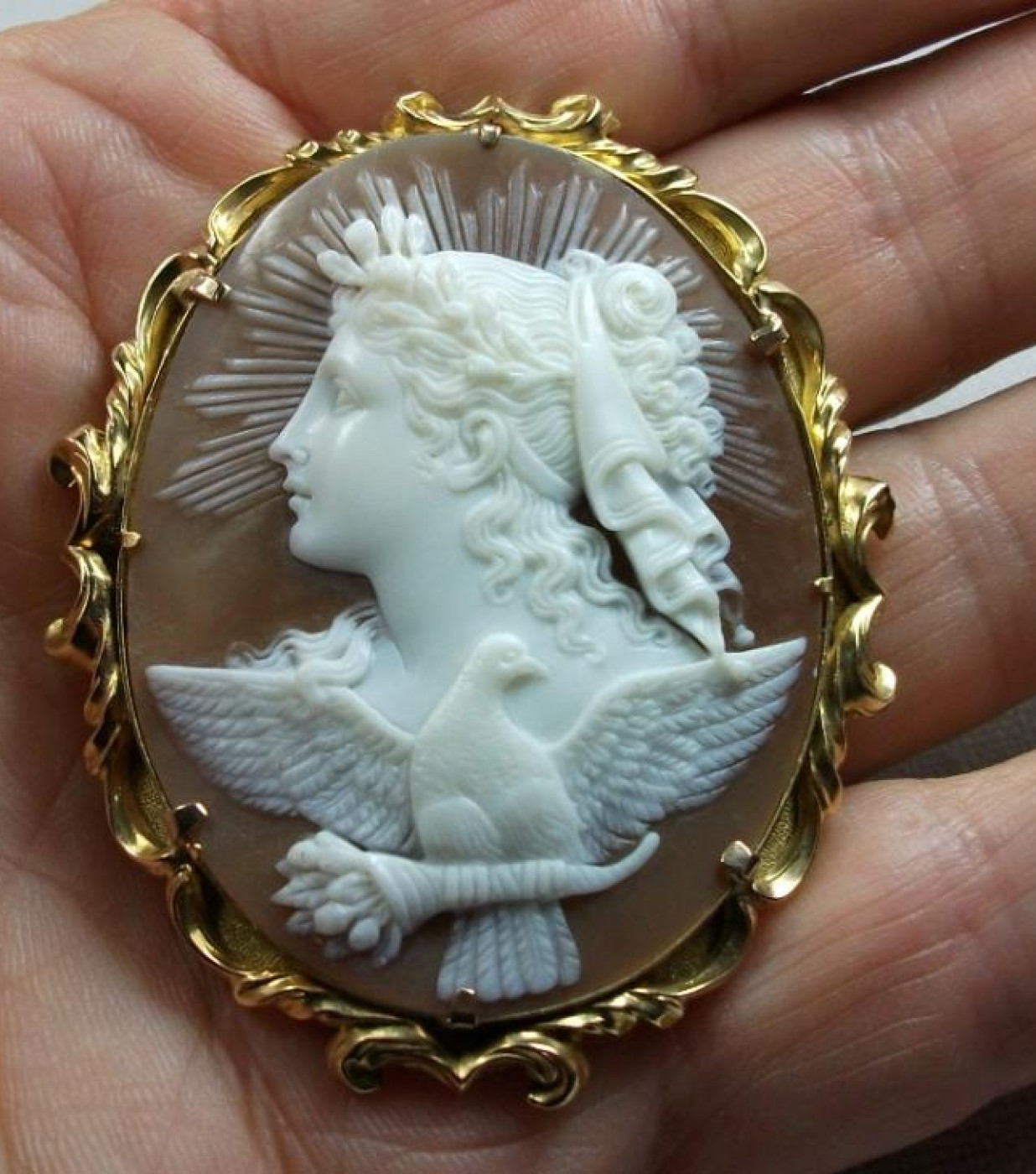 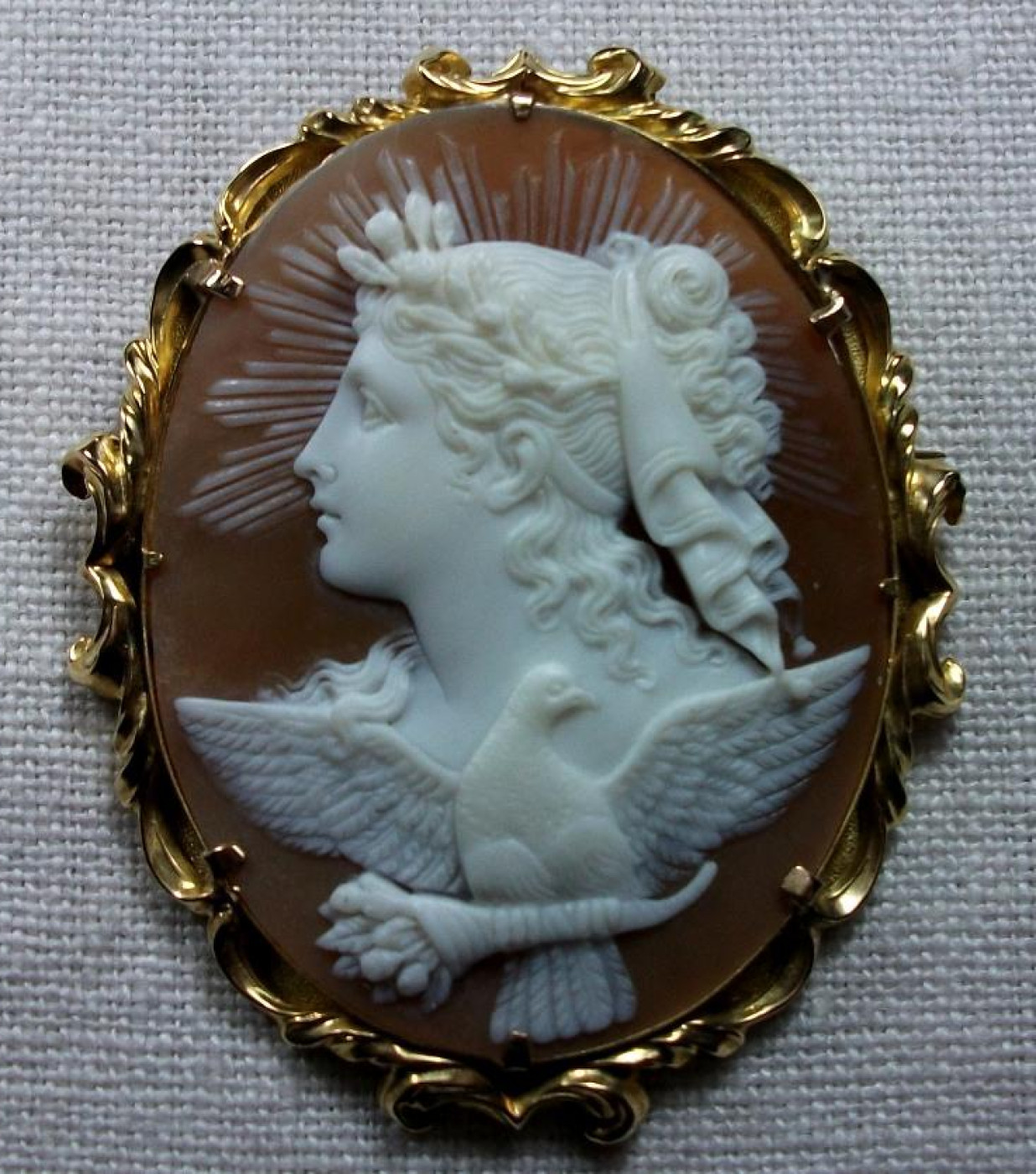 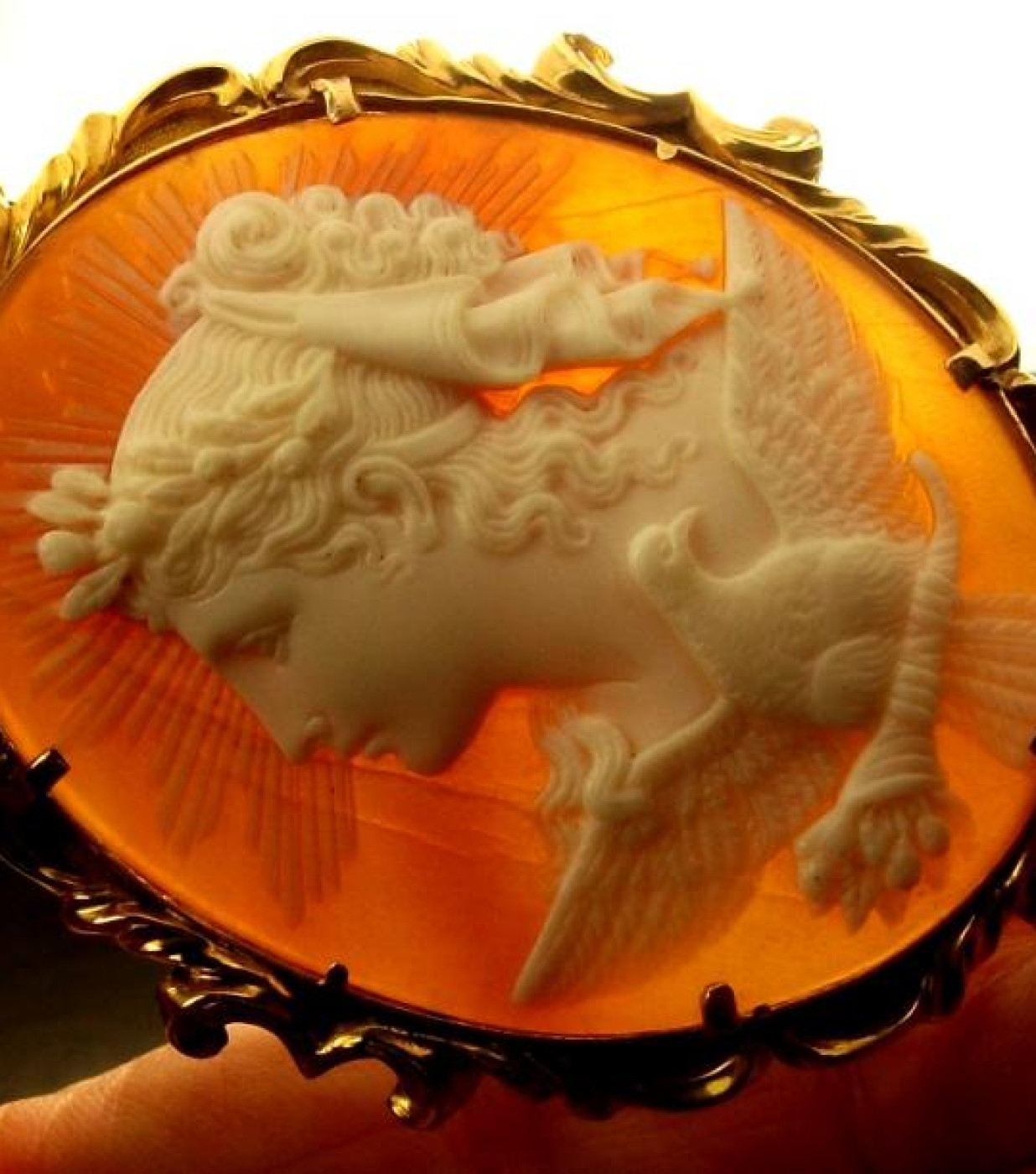 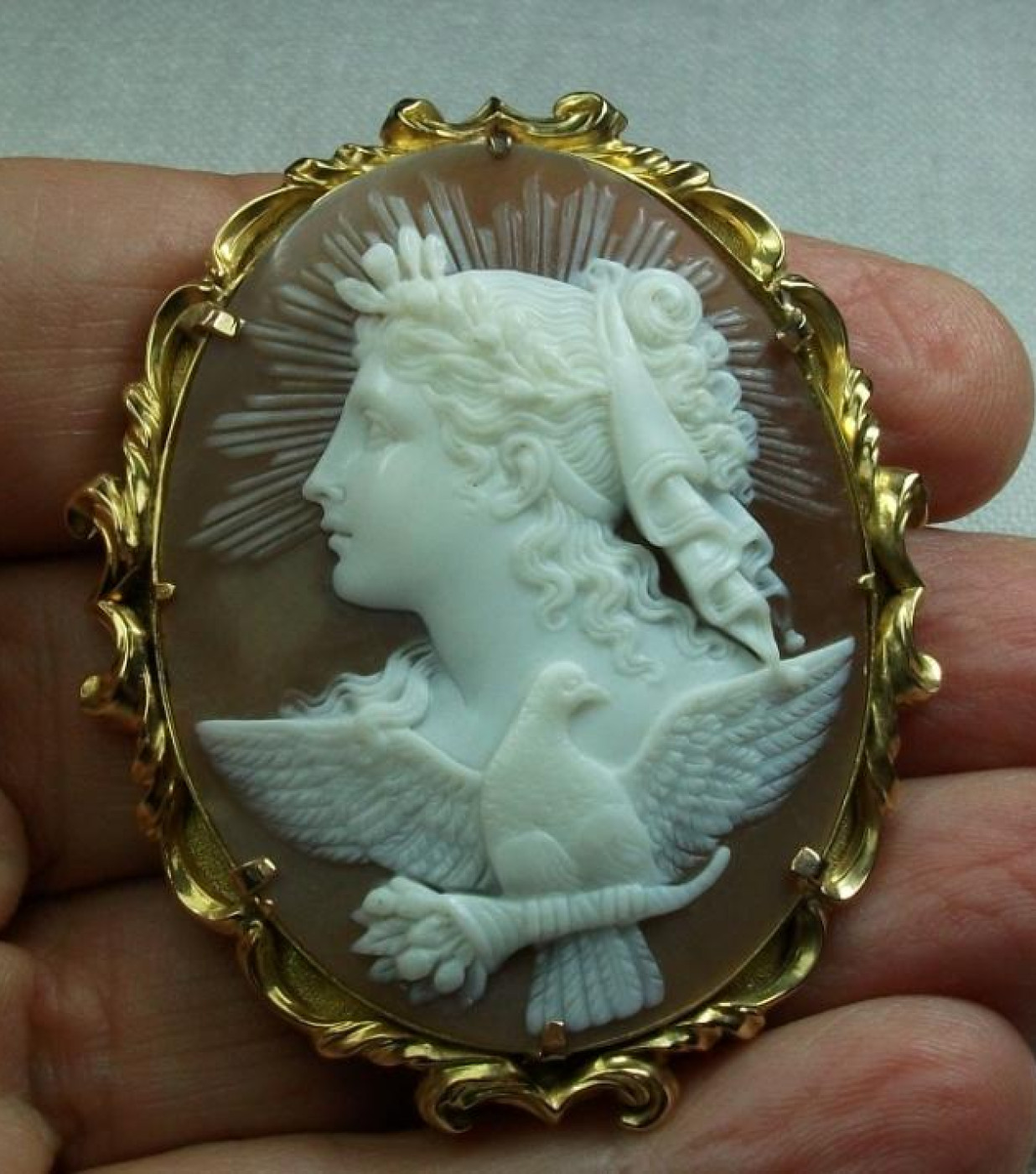 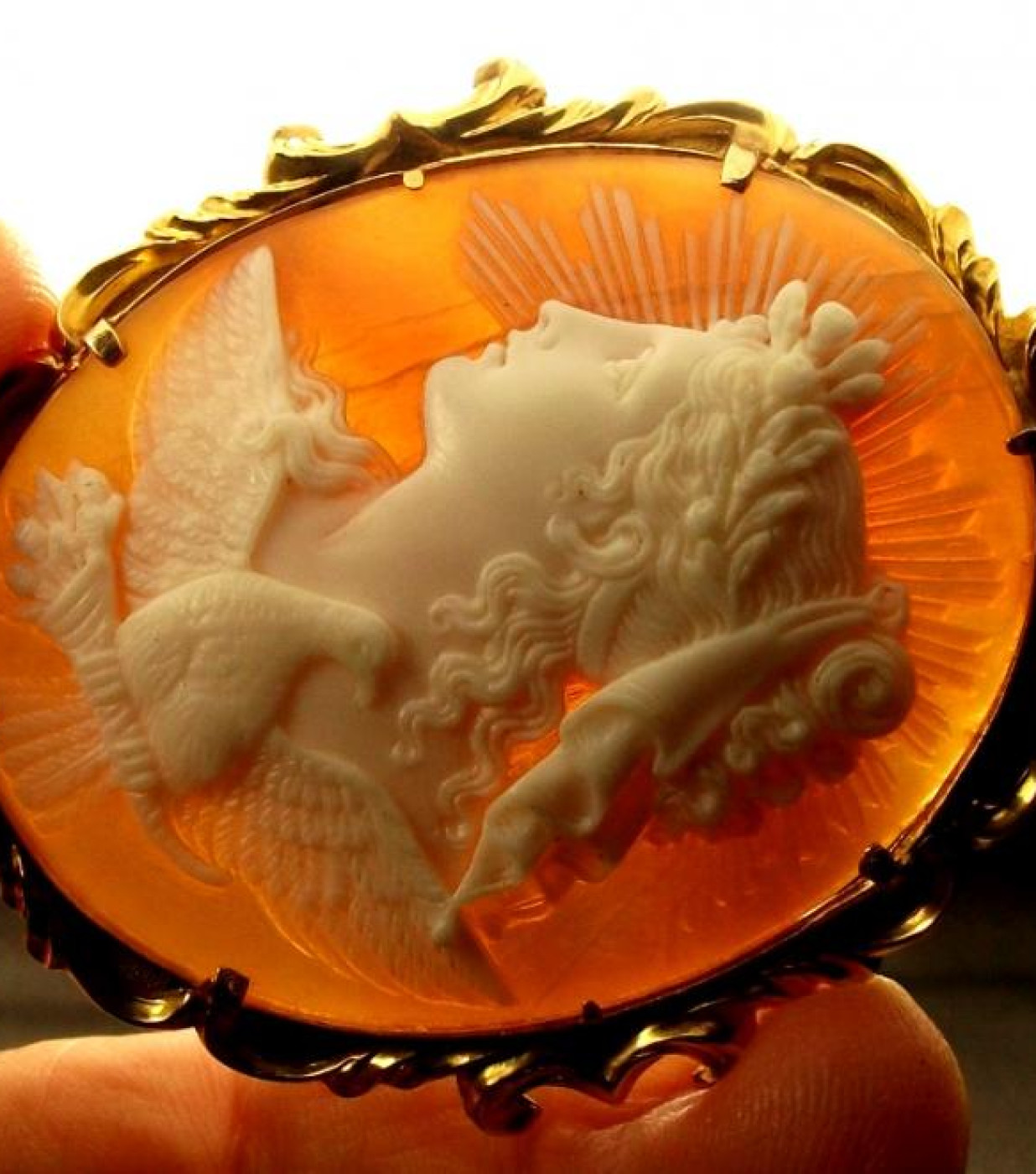 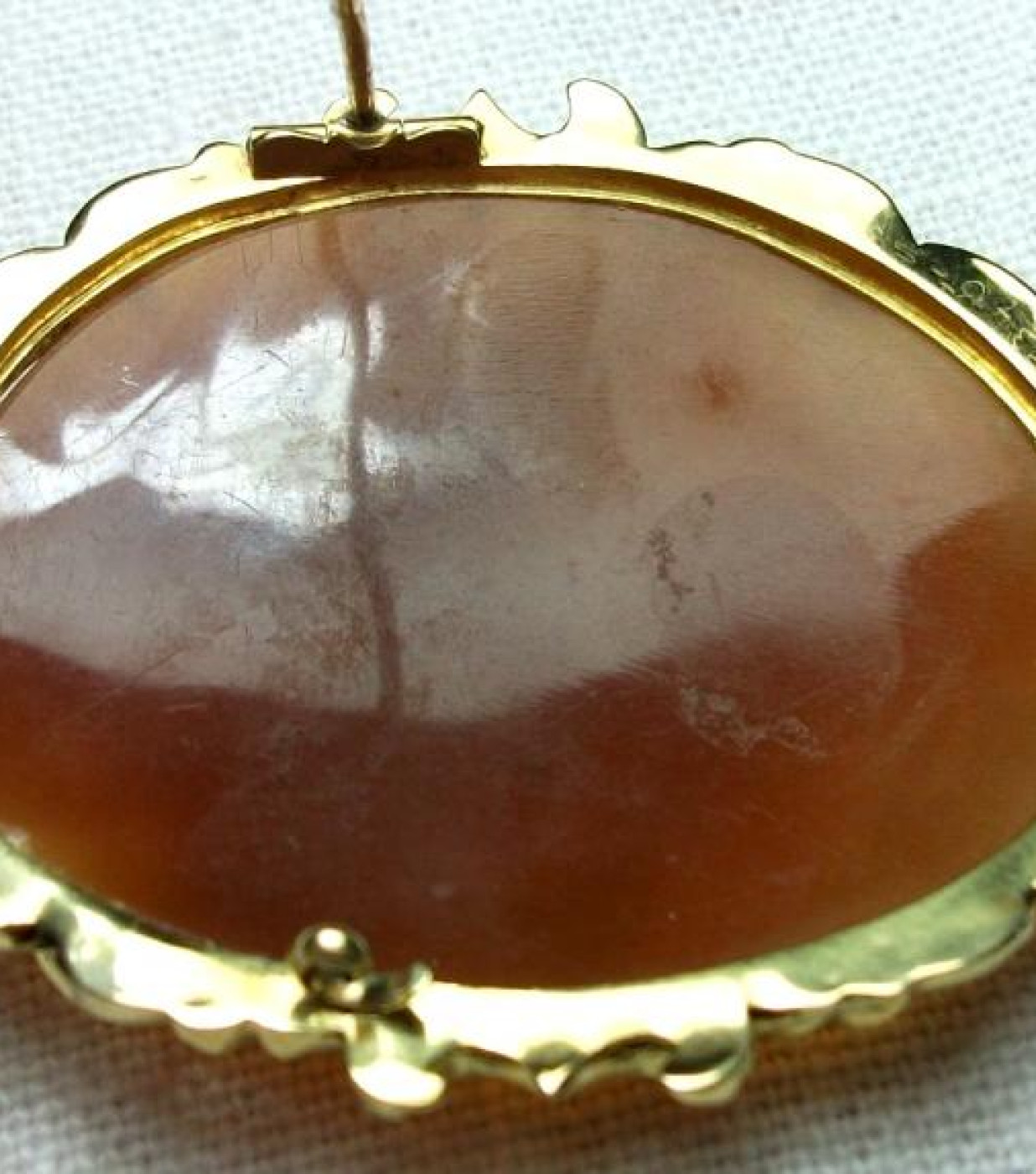 Museum Quality cameo depicting Eos as the Allegory of the Day.  All the particulars are perfectly rendered, and the finely carved details make the cameo even more attractive and rare. Eos is the Goddess of the Day (and Dawn). Flowers in her hair,  the Goddess taking a widely awake attitude with eyes open and head up, Look how the carver used the shell to evidence her face, the flowers in her hair and the veil she wears. This subject seems to jump out from the shell, everything is so realistic, this cameo seems just like a sculpture.  This is one of most beautiful Day I have ever seen, the pictures speak by themselves. The frame is spectacular too, so elaborate and wonderful. This is another masterly carved cameo. A very desirable collectors piece, rare and museum quality cameo.


A bit of History:

Eos is a figure of Greek mythology. She is the Goddess of the Dawn. She is a beautiful and charitable Goddess. She is the daughter of Hyperion. Hyperion is also the father of Helios (the sun) and of Selene (the moon )Hyperion's name means "The one who precedes the Sun", and probably is related to his role like Helios' or Eos' father, the faint light that precedes the rising of the day. Eos has several sons, between them there is Memnone, killed from Achilles during the siege of Troy. From that day the Goddess of the Dawn inconsolably cries the loss of her son every morning and her tears form the dew. Homer calls her the "Goddess with the rosy fingers" for the effect that can be seen in the sky at dawn.