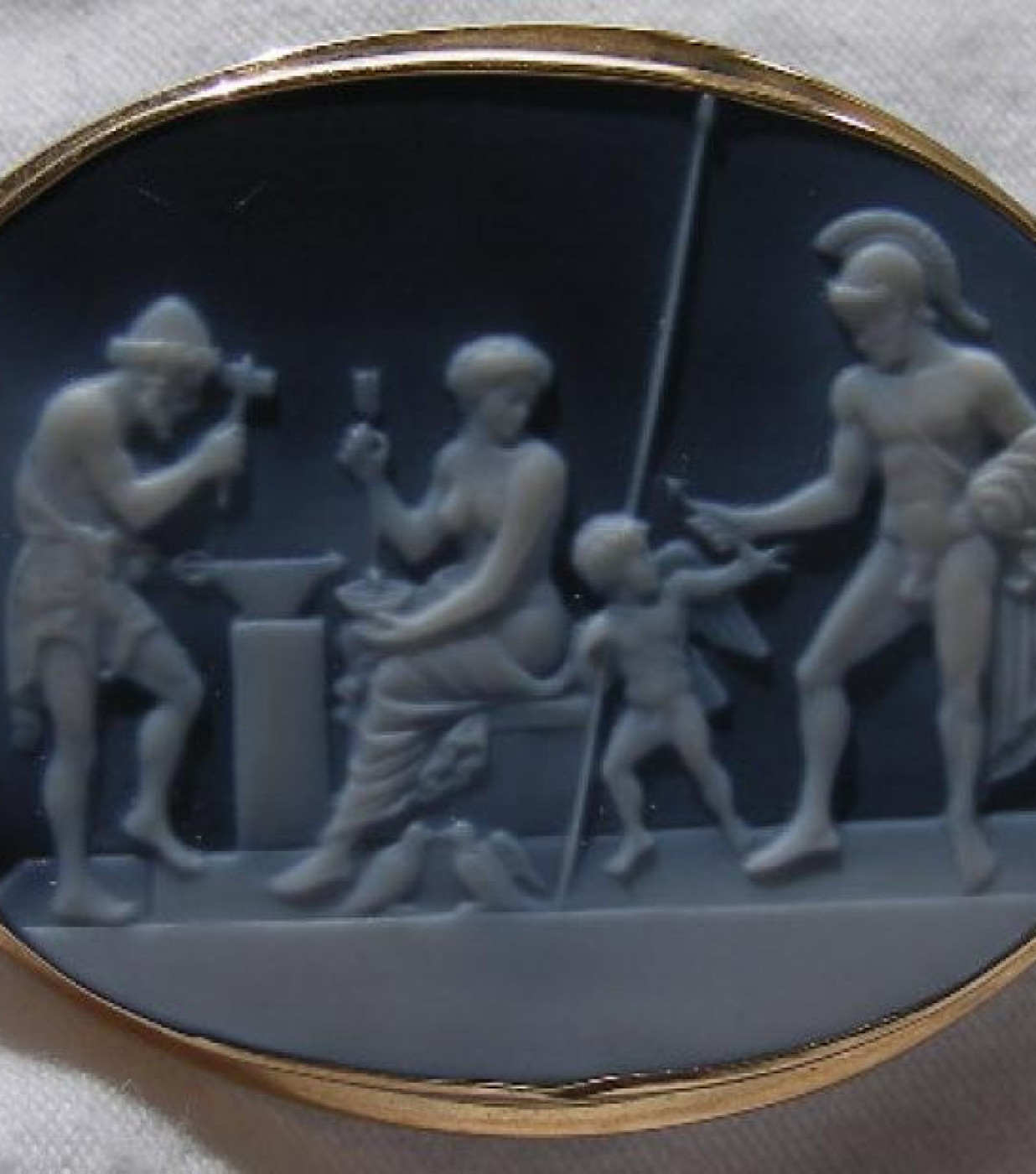 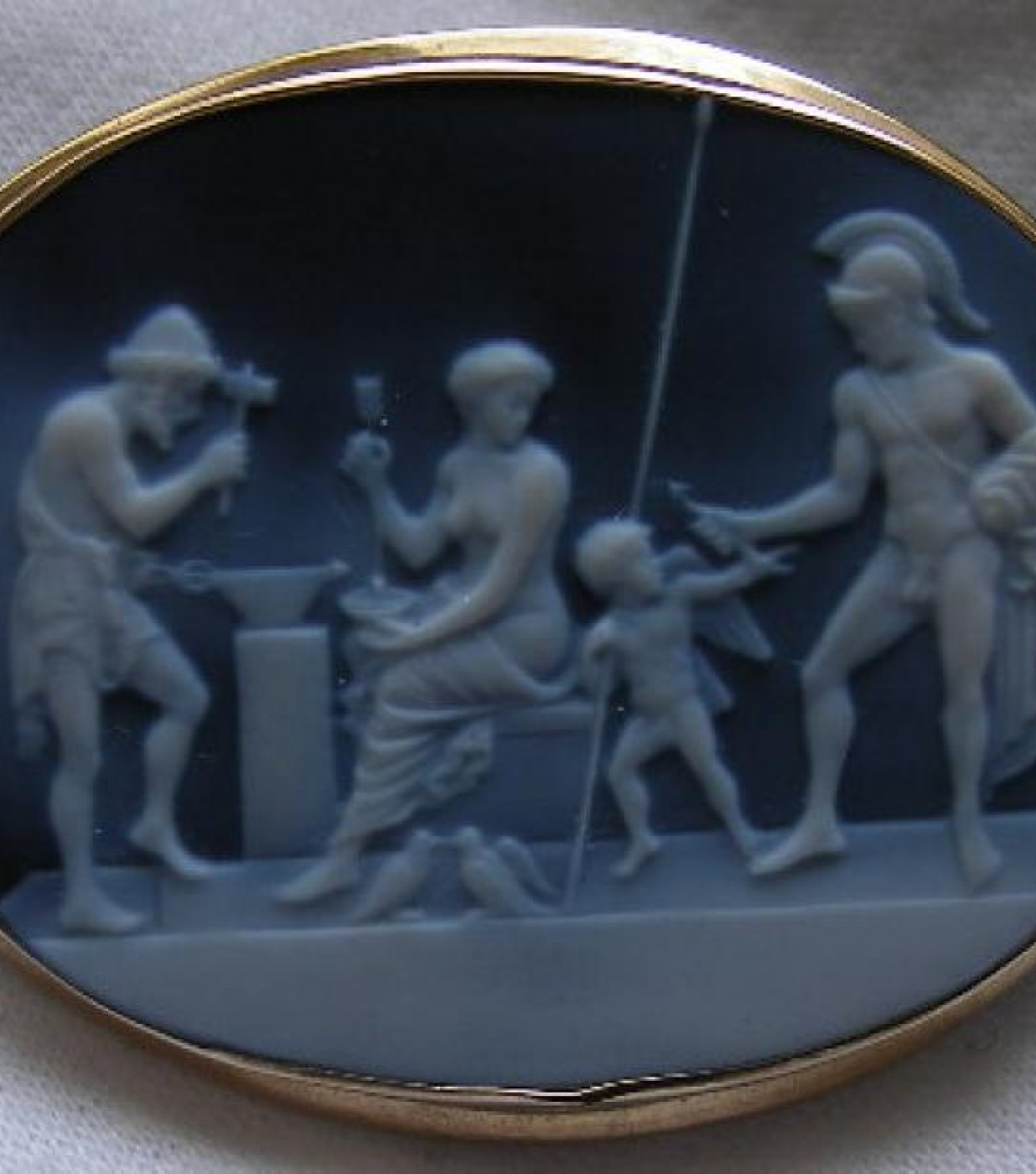 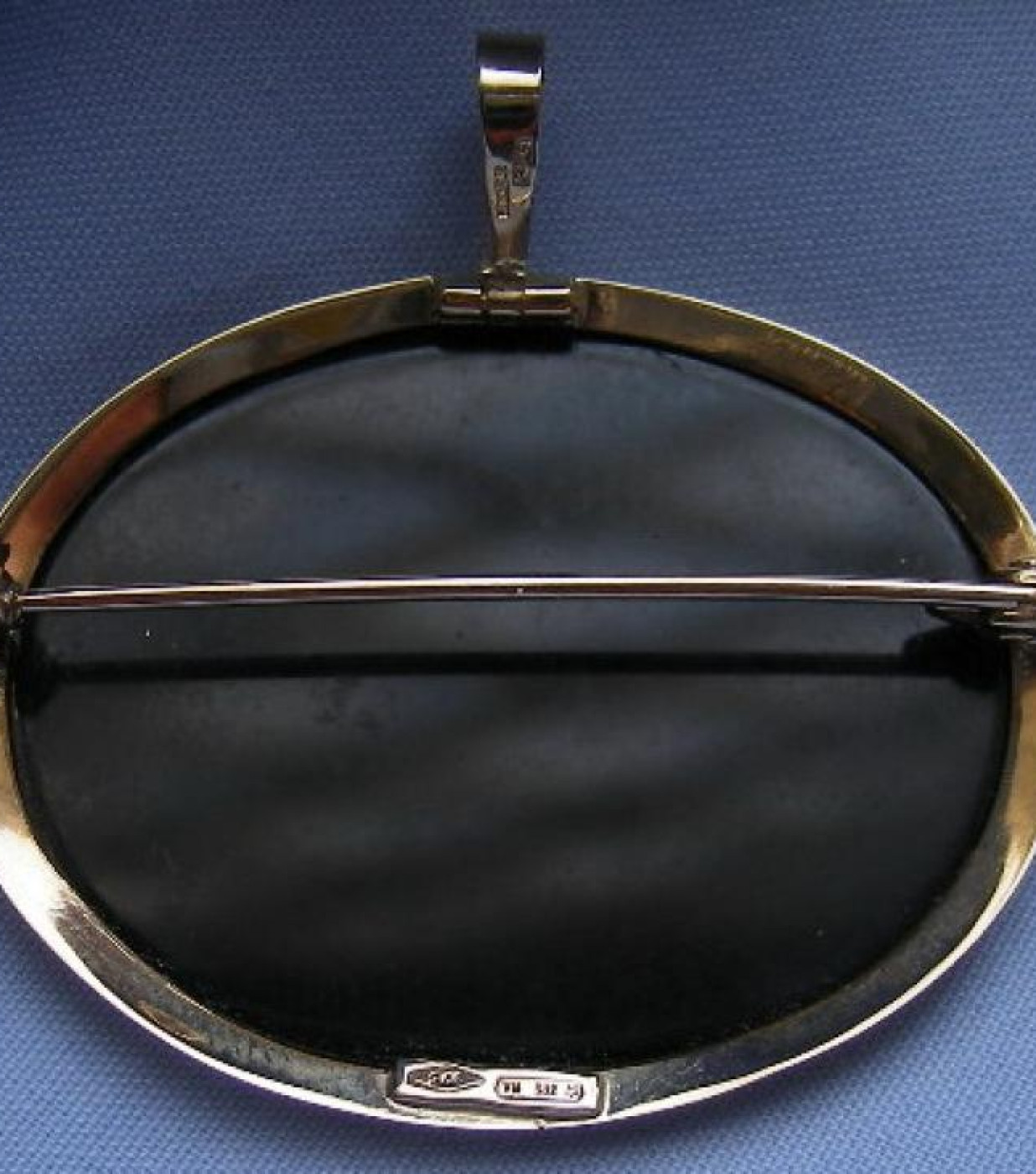 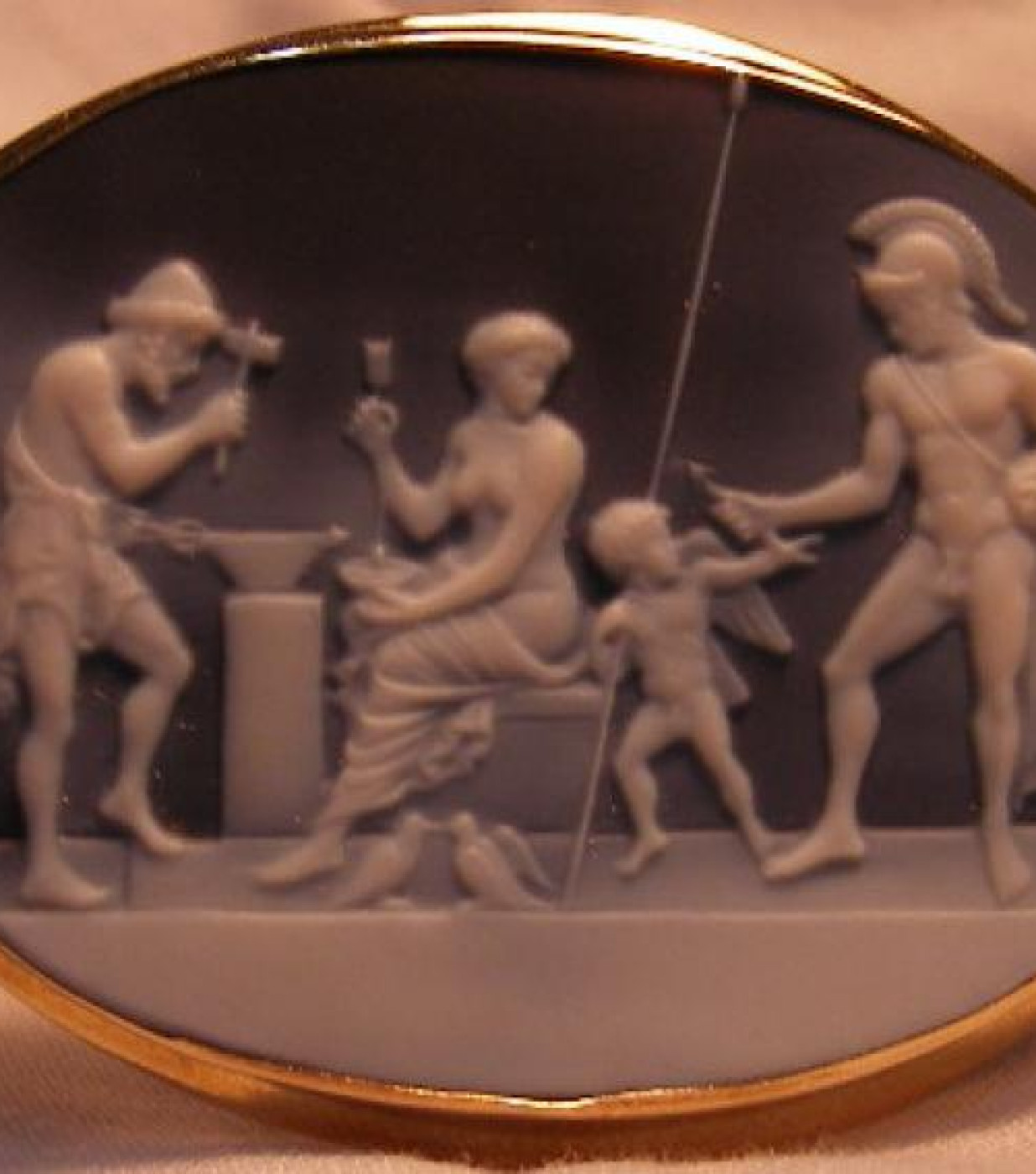 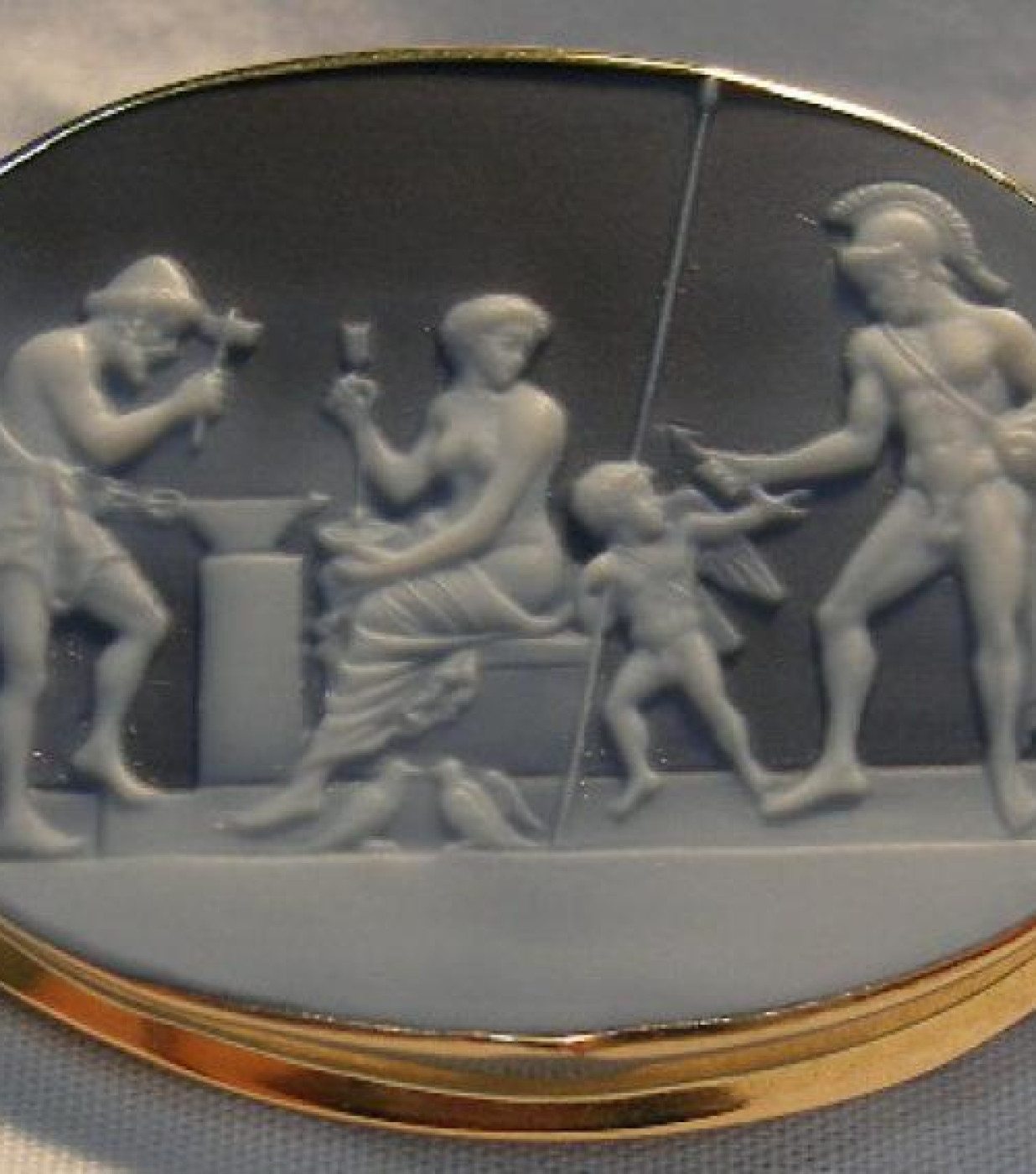 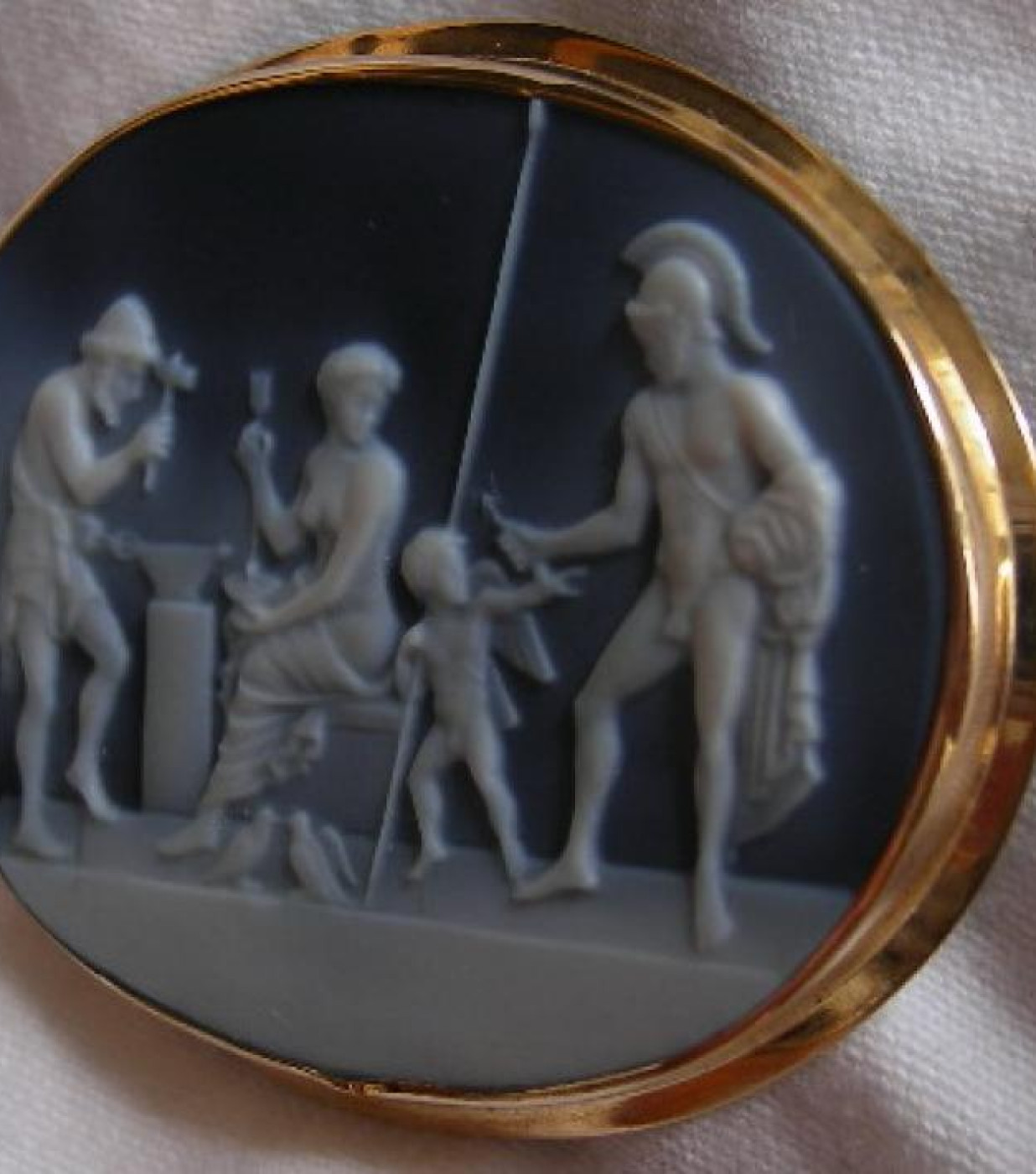 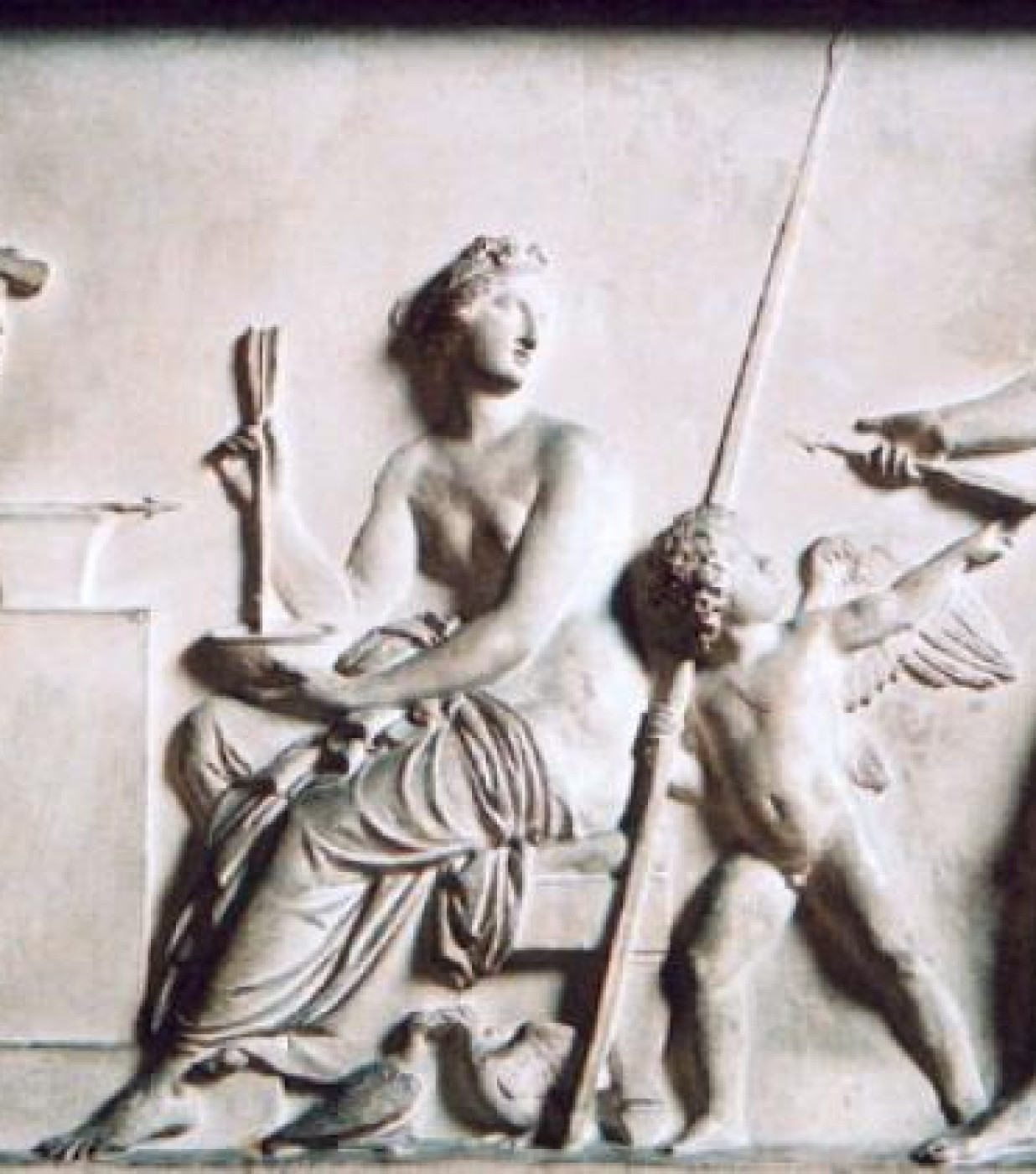 Magnificent real museum quality hard stone cameo depicting the Vulcan's Forge, after a marble relief of Thorvaldsen, completed in Rome in 1814. Rarest subject. this cameo is beautifully carved on blue agate (hardstone), a real work of art, it shows the God Vulcan,  his wife Venus, her lover, Mars, and Cupid, that is Venus' son. Even if it is not a so large cameo, the details are incredible. This cameo is very crisply carved and as collectors know, carving a complete scene on a small cameo is very hard, but even more carving an artwork like this. The mounting was made in italy, exactly in Naples, there are Italian gold marks on the bottom, the bale was added in England, there are British hallmarks on the bale, both the frame and the bale are contemporary to the cameo, they were added to the cameo around 1920/1930. Cameo is brooch and pendant and the bale can be hidden on the back when the cameo is worn as a brooch. Very collectible and desirable piece.