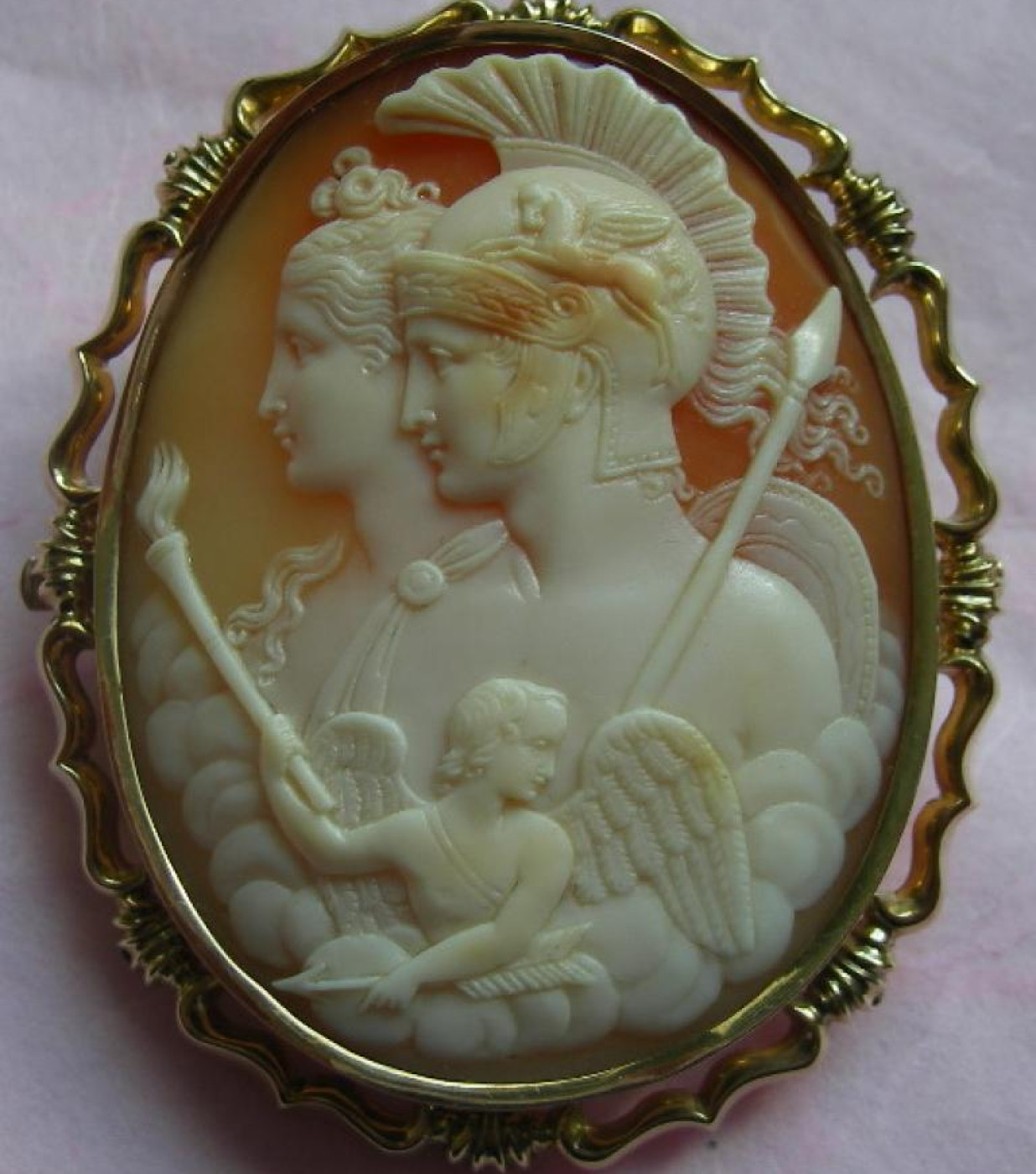 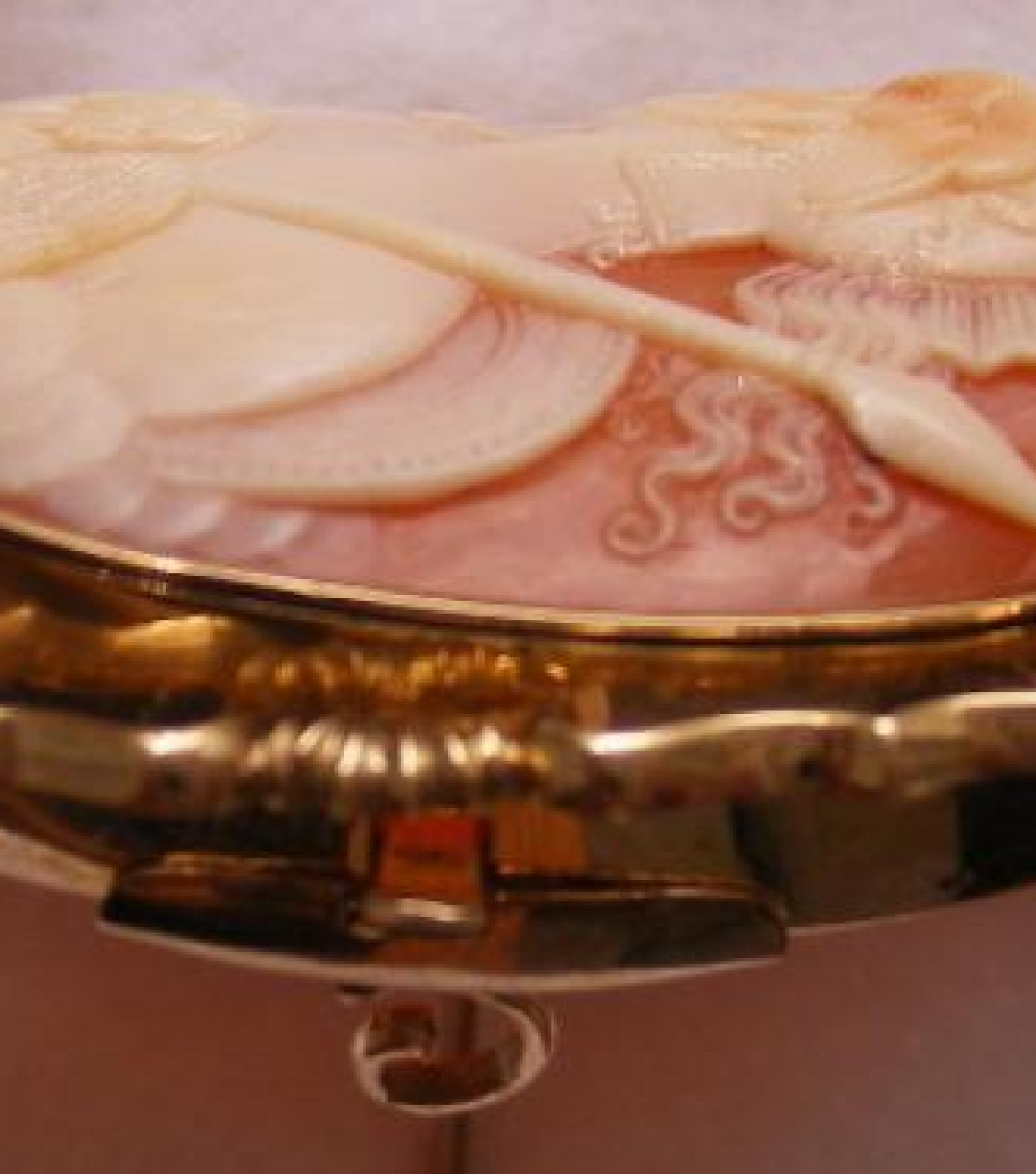 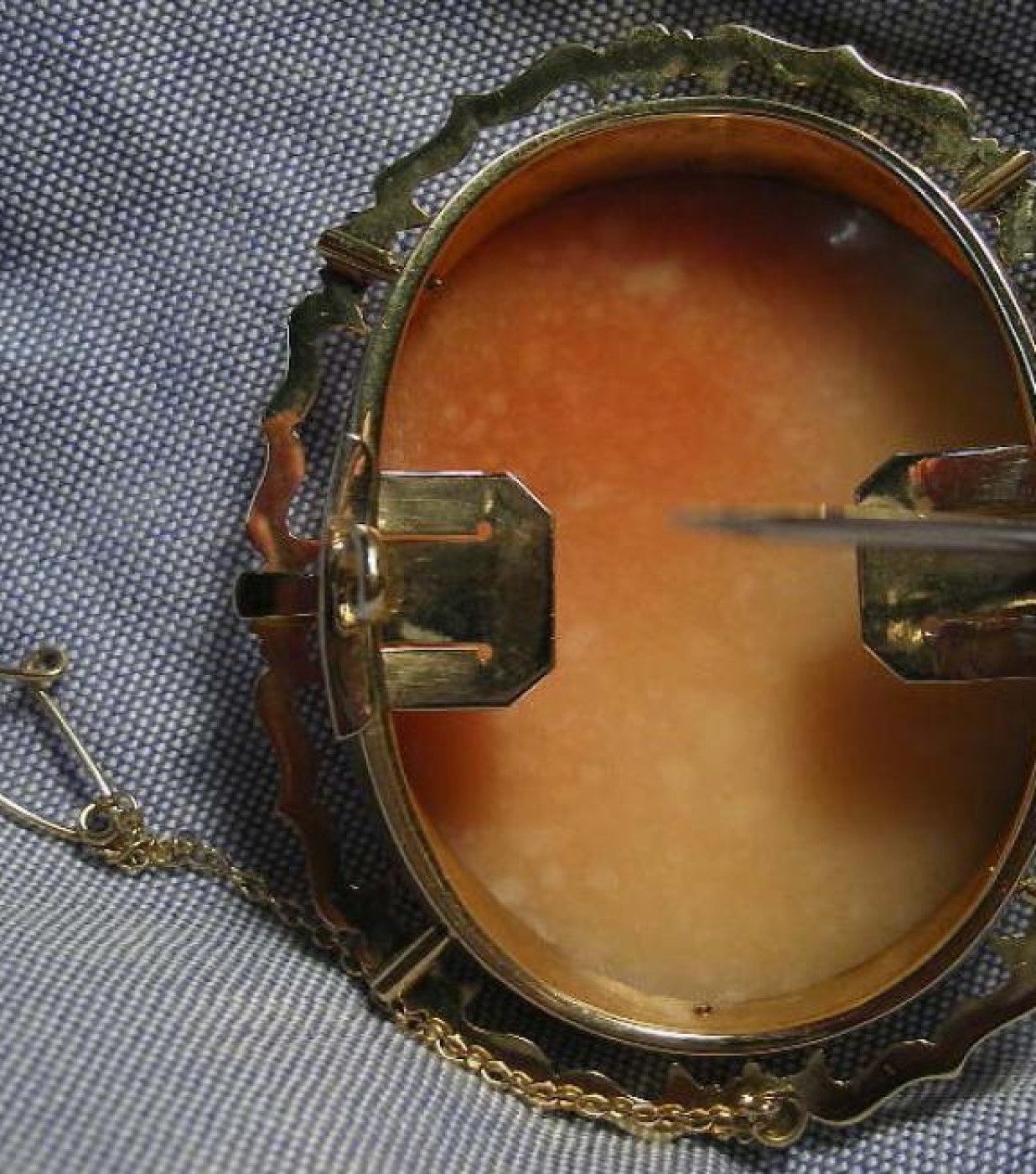 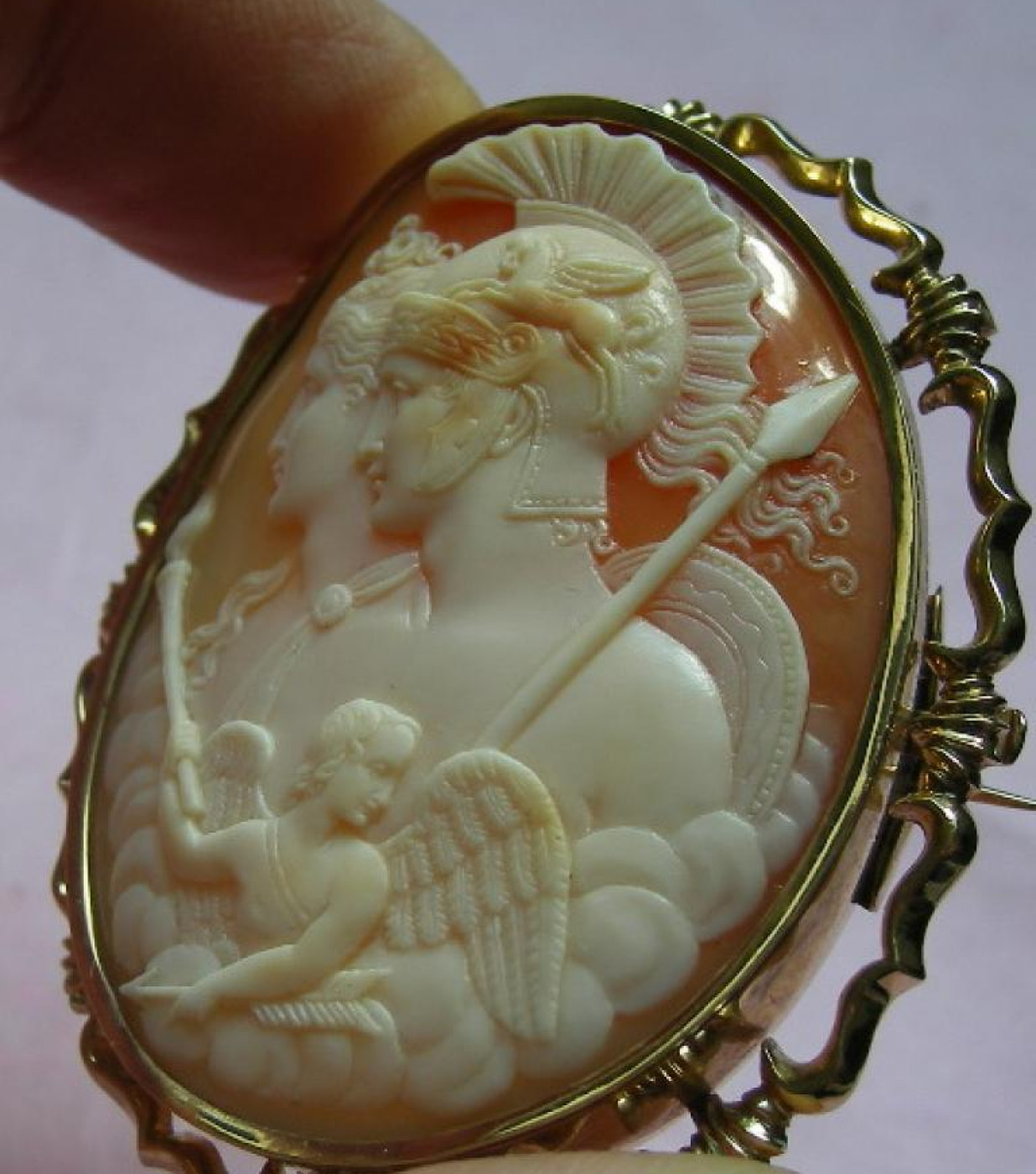 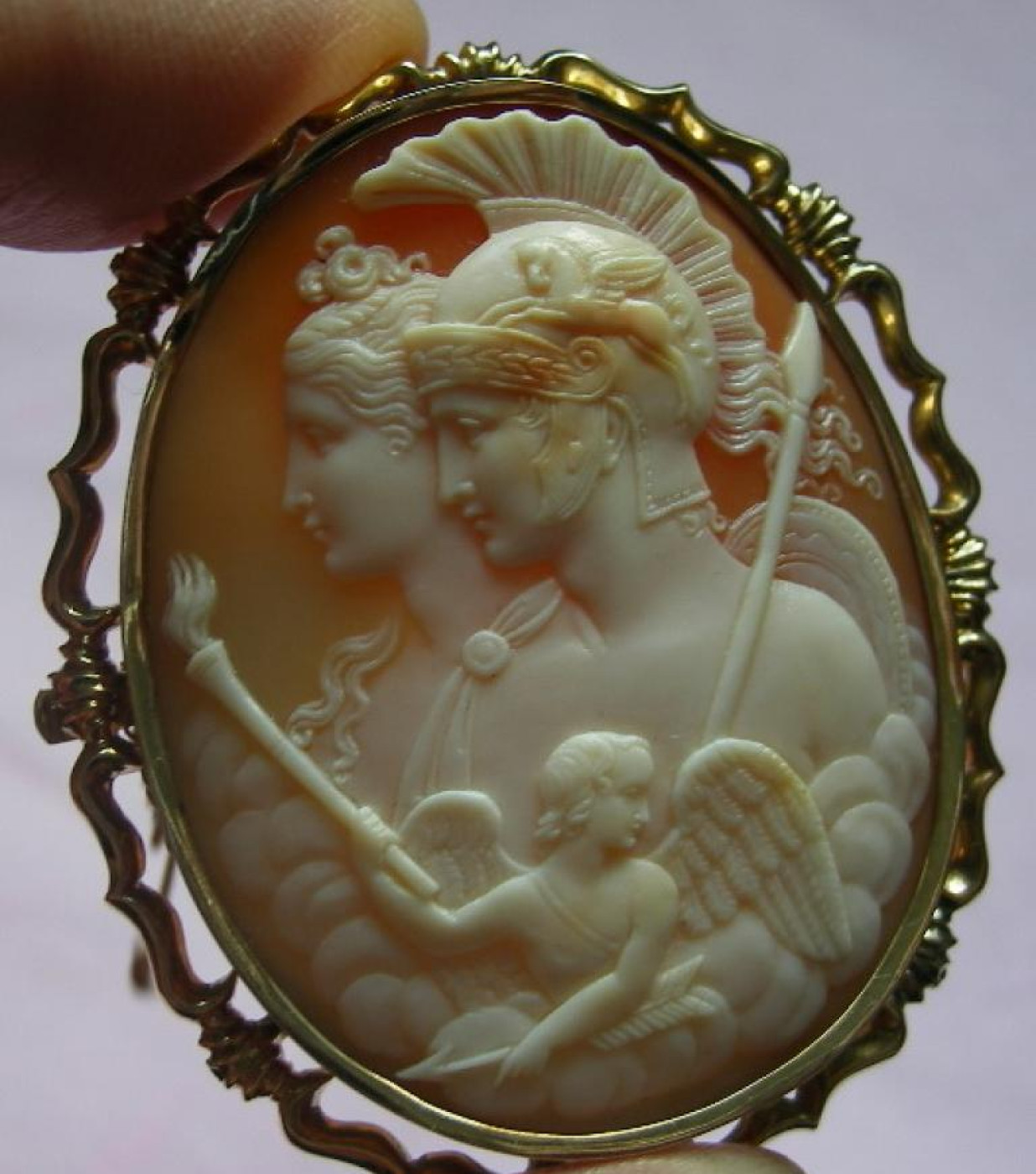 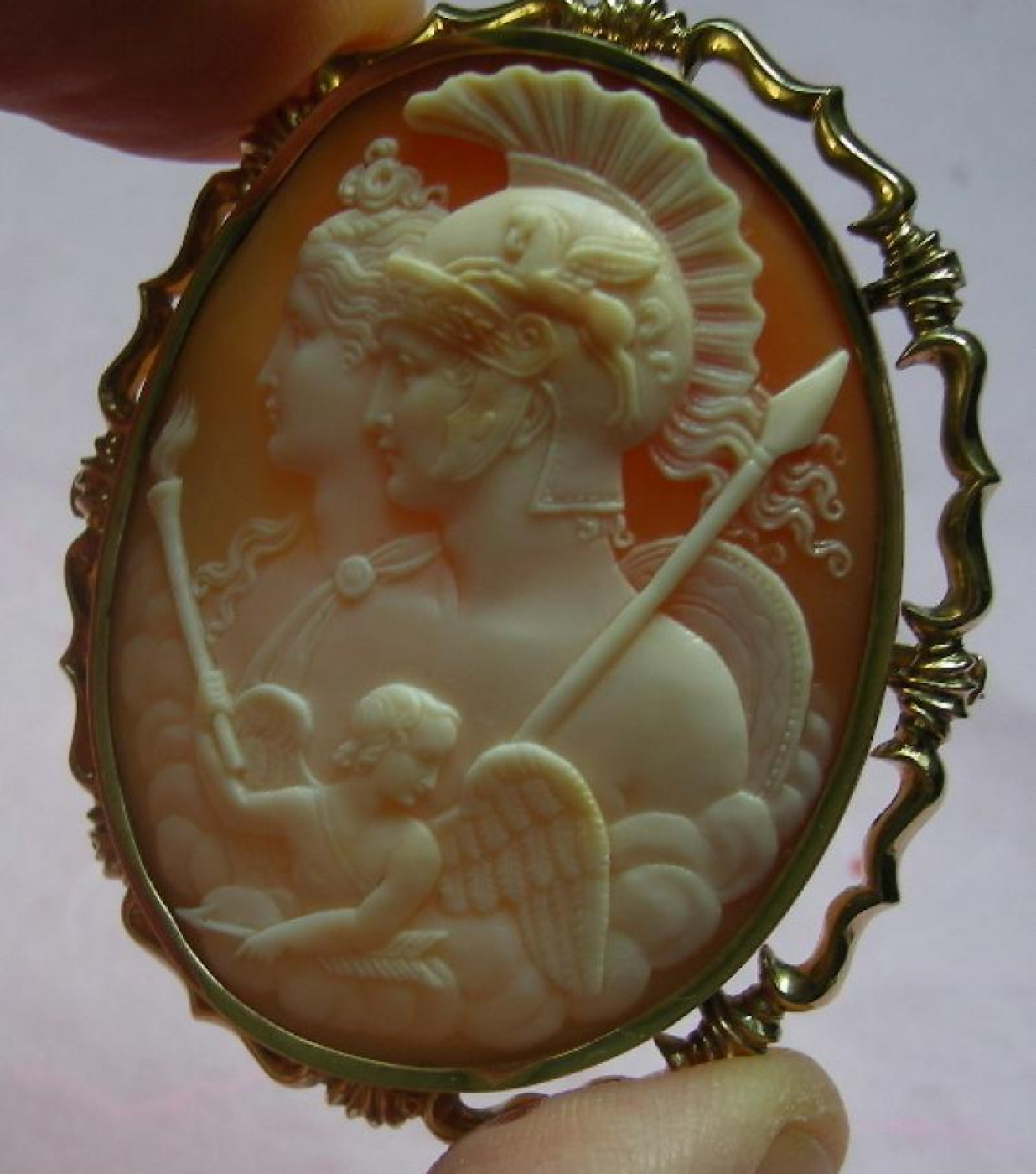 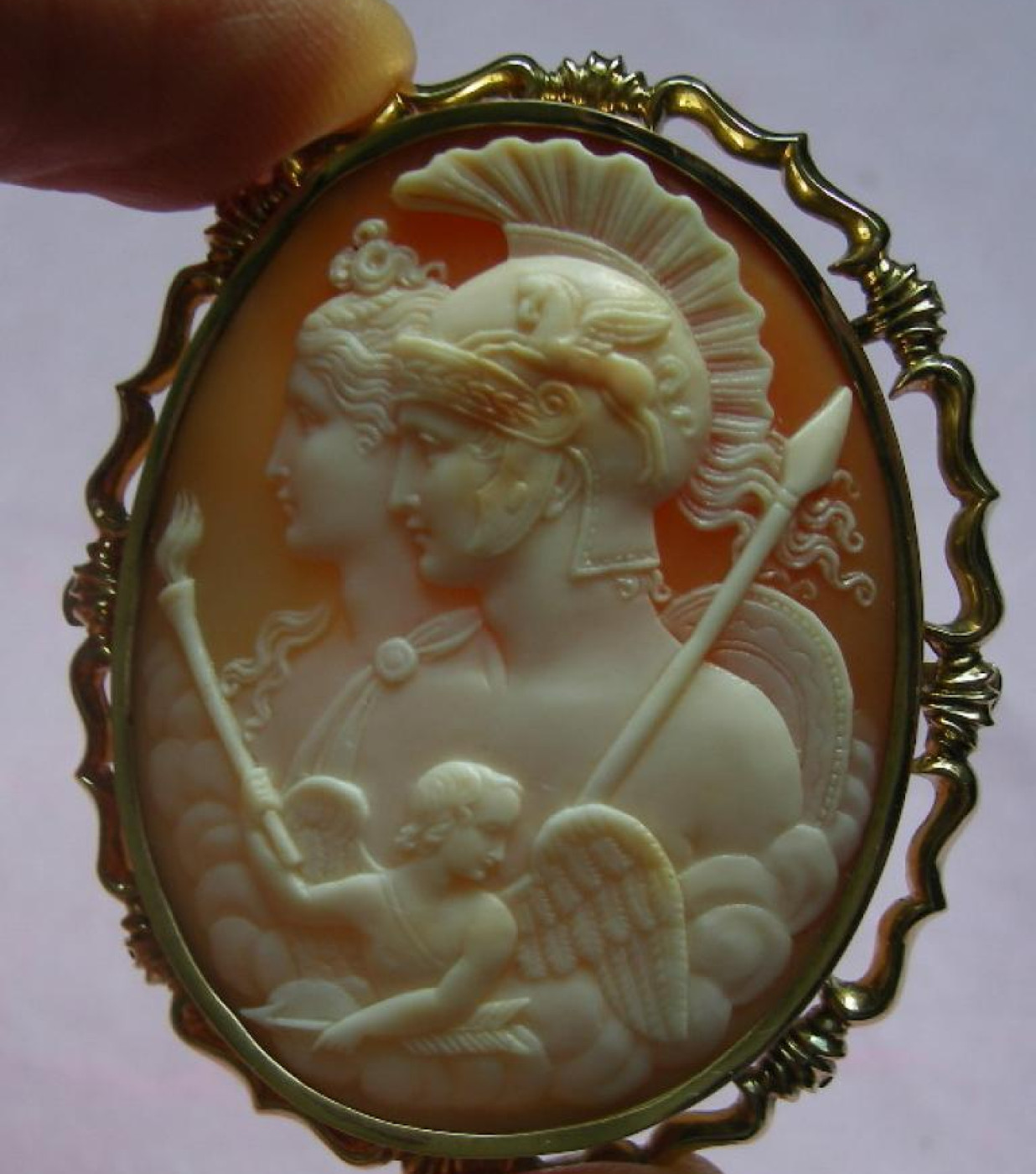 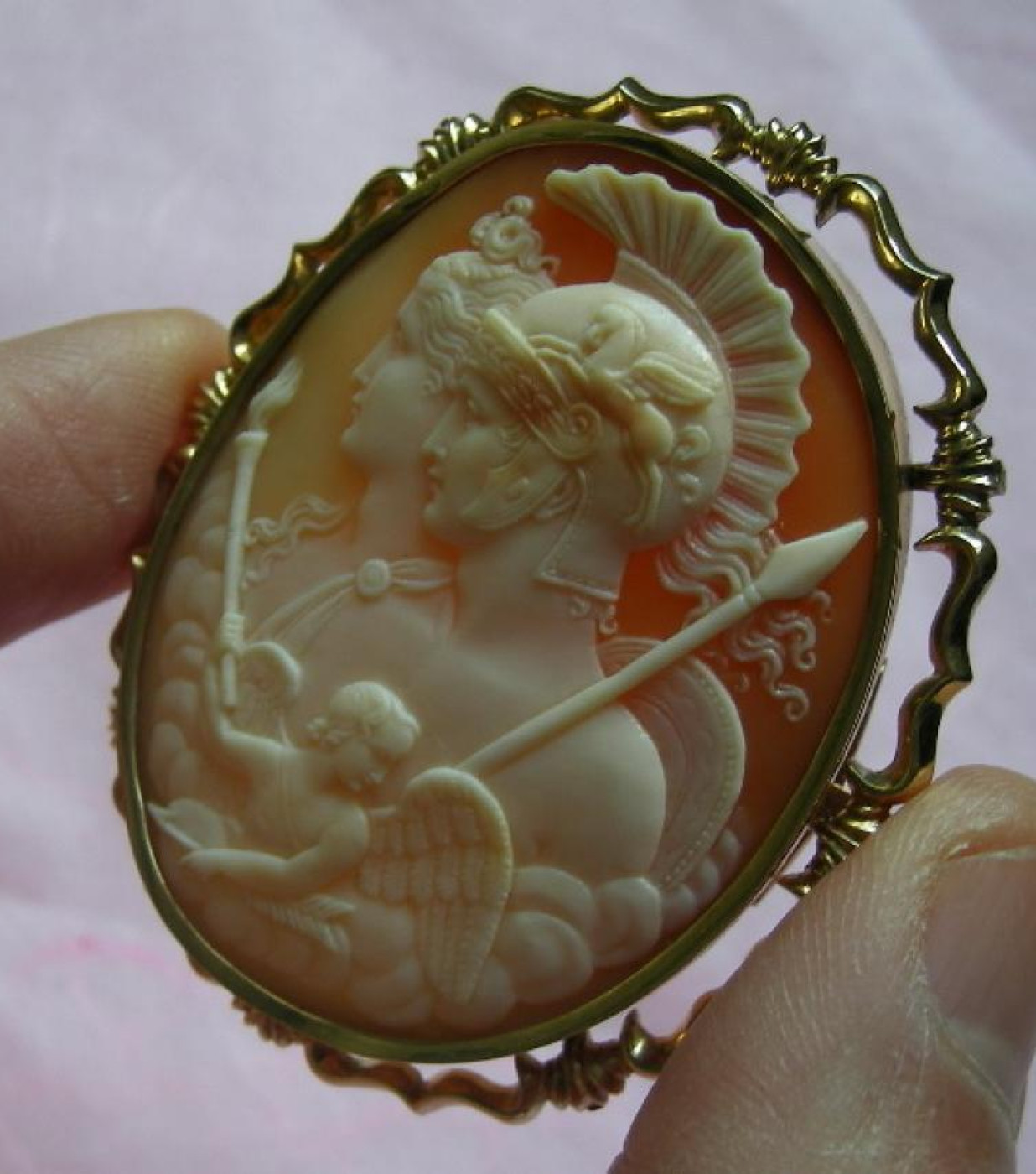 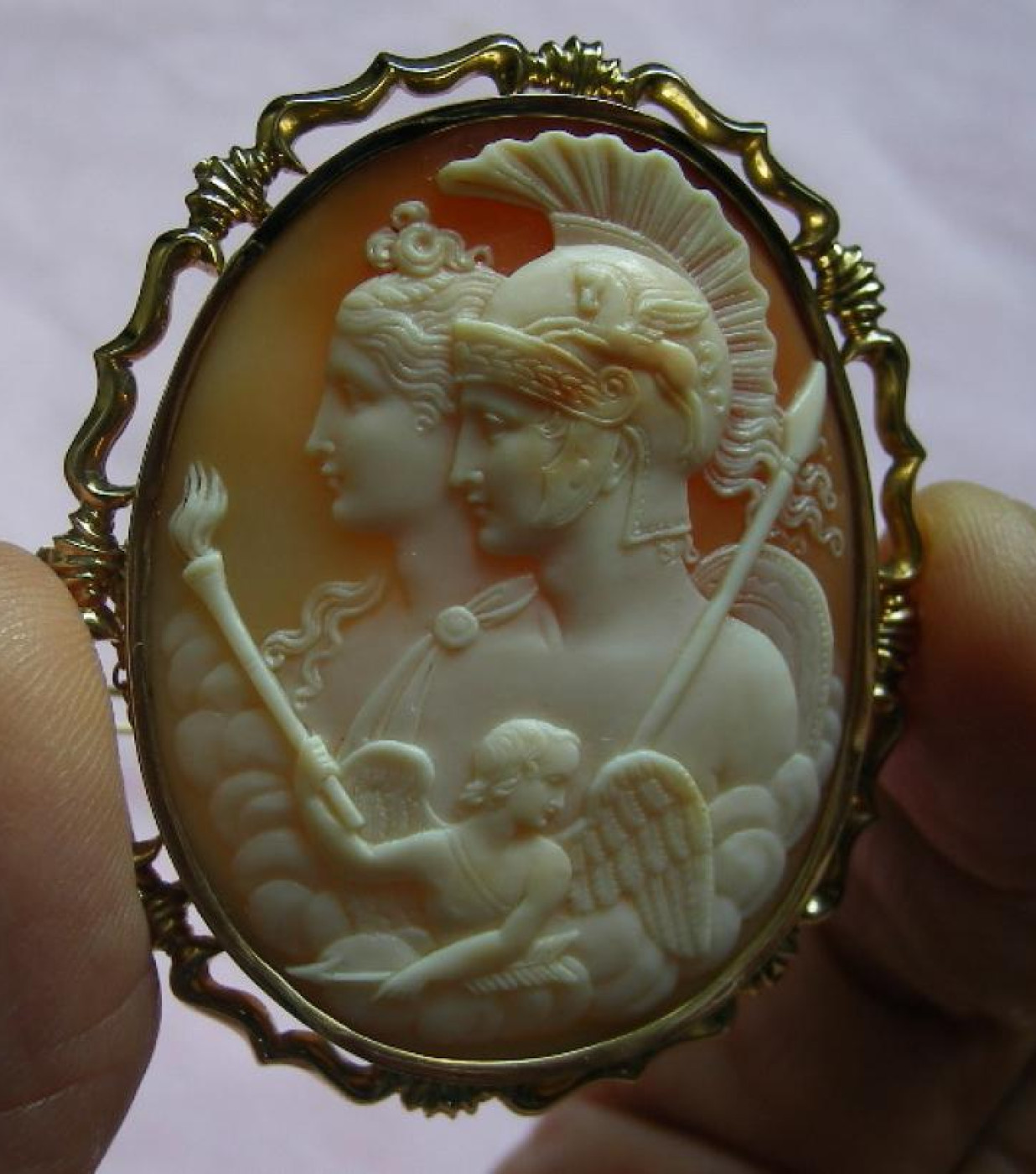 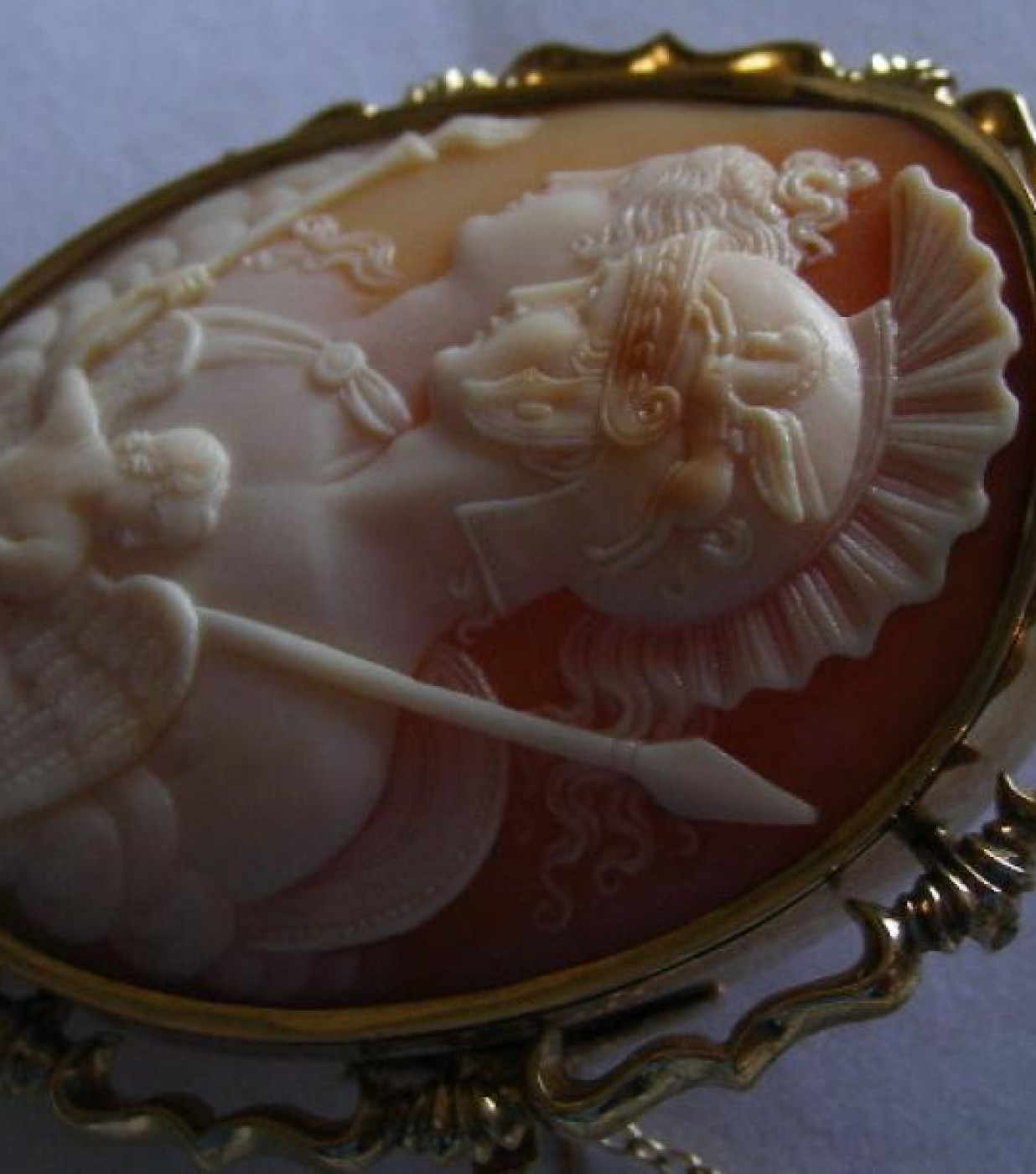 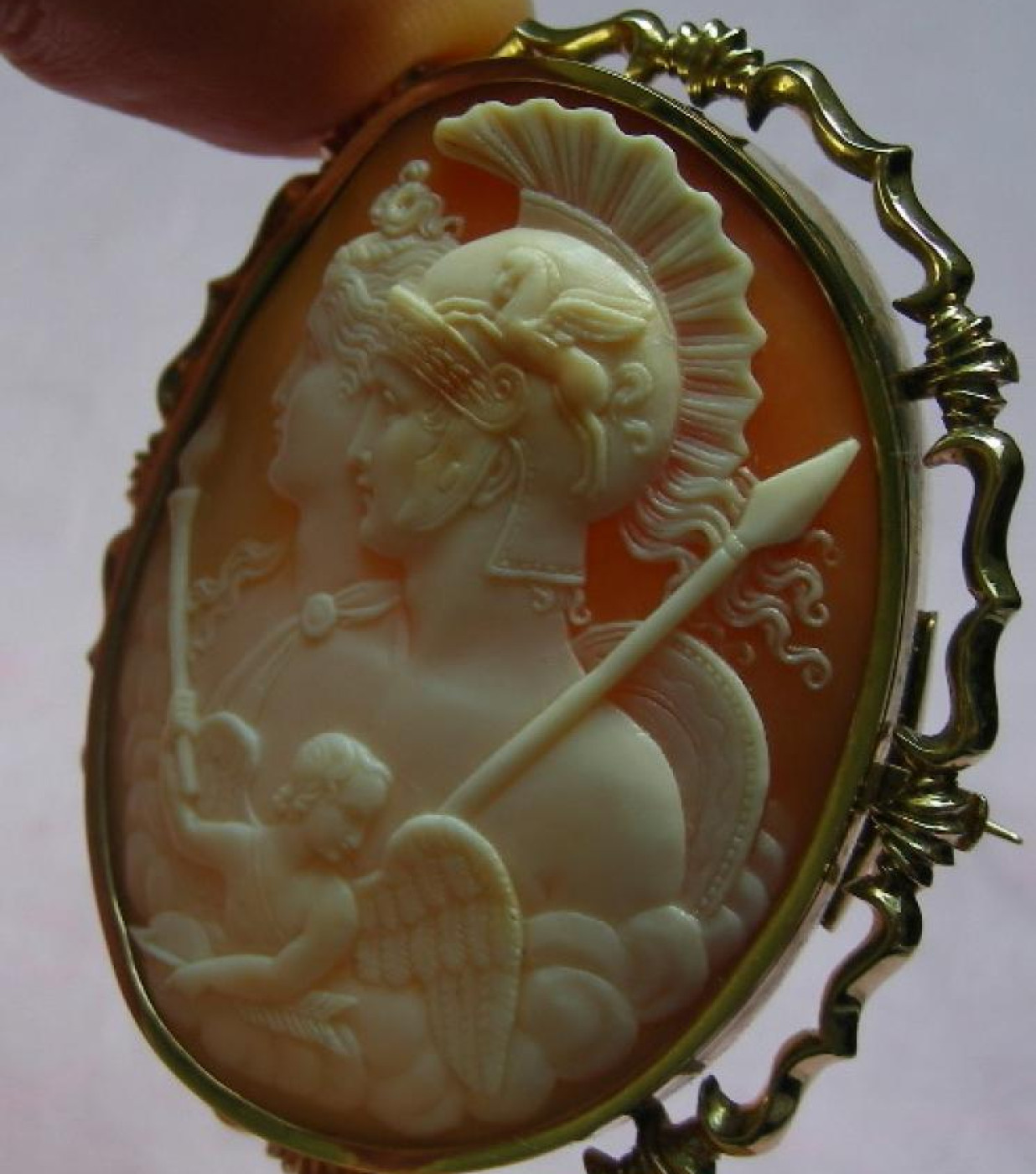 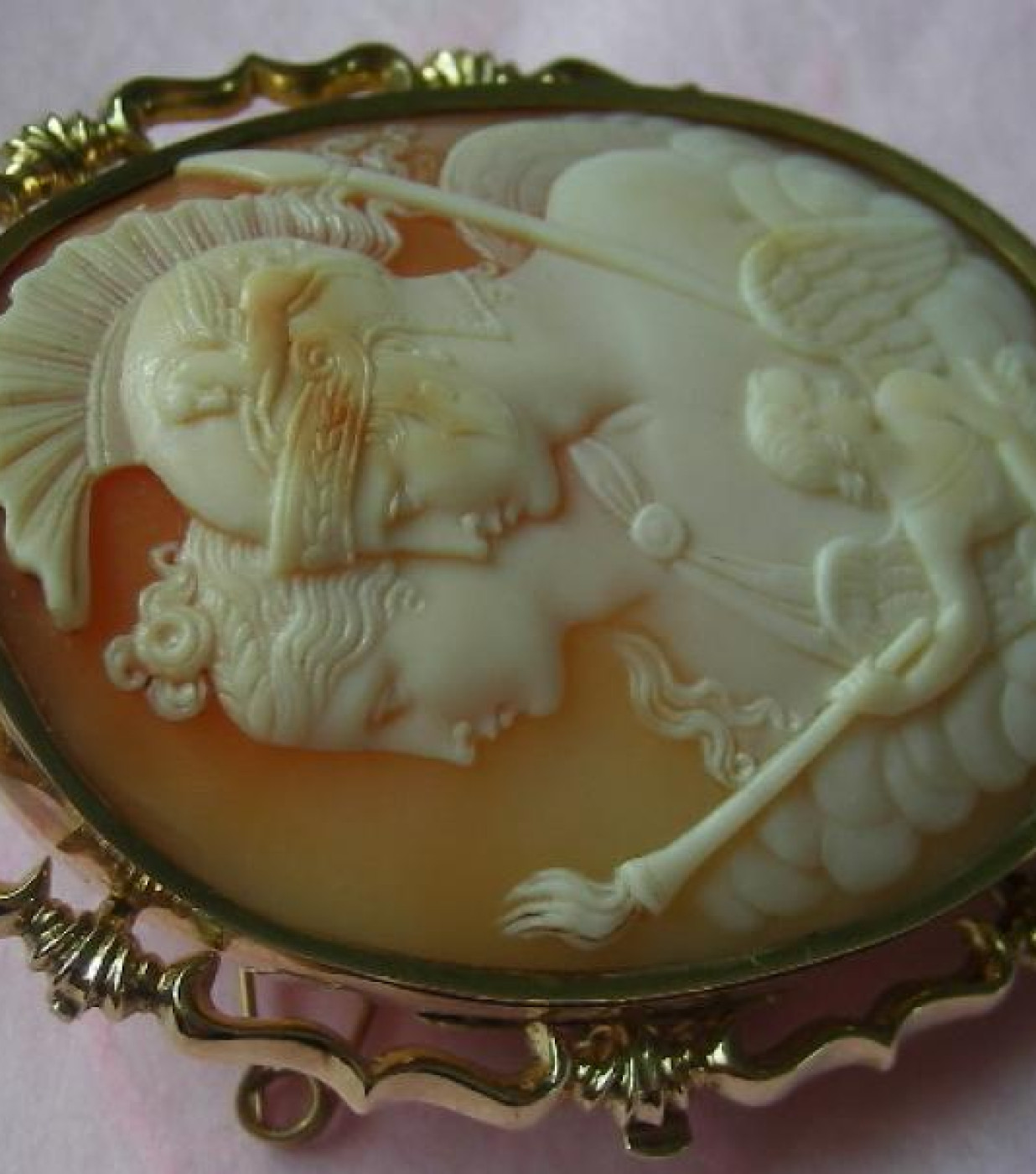 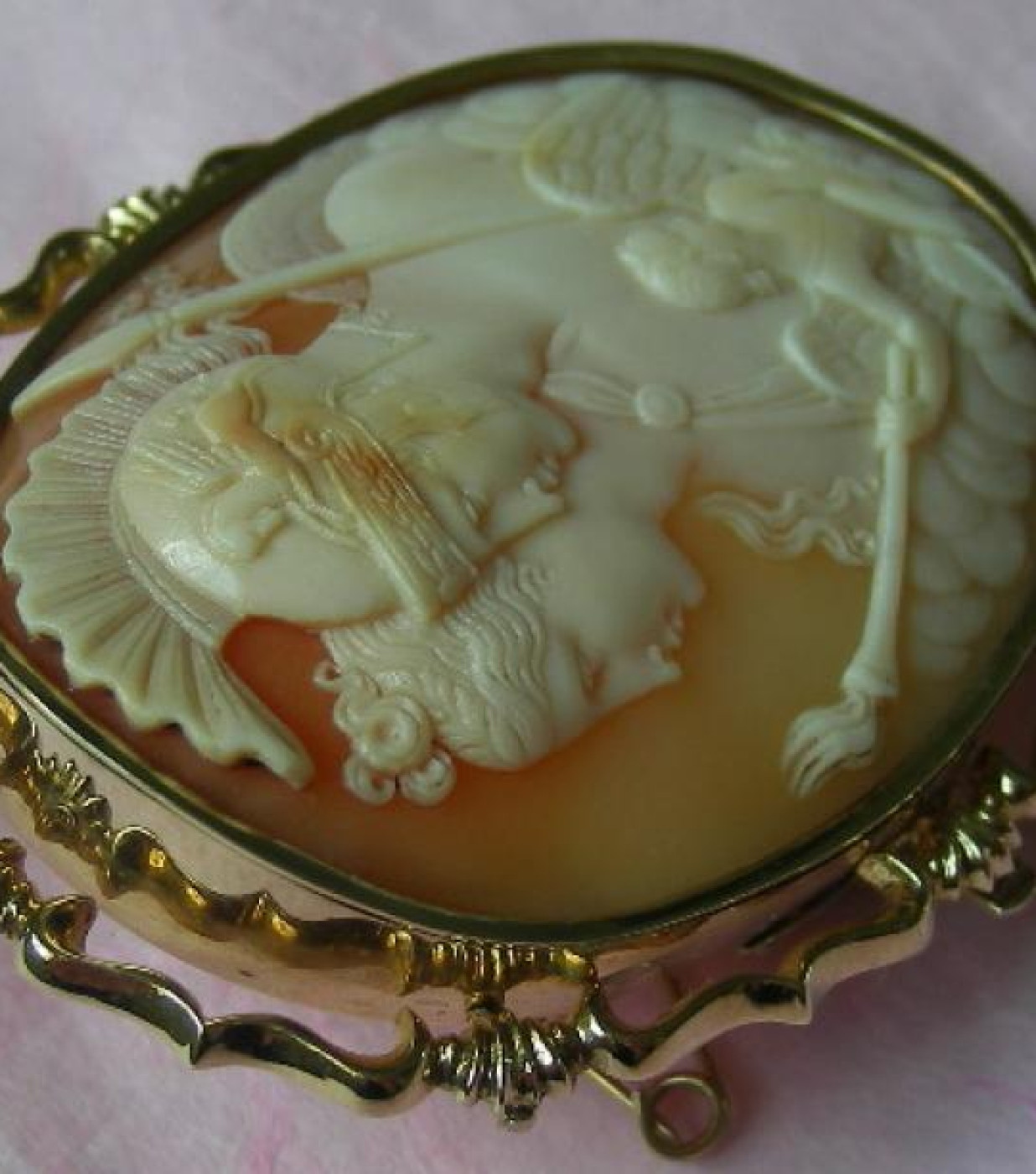 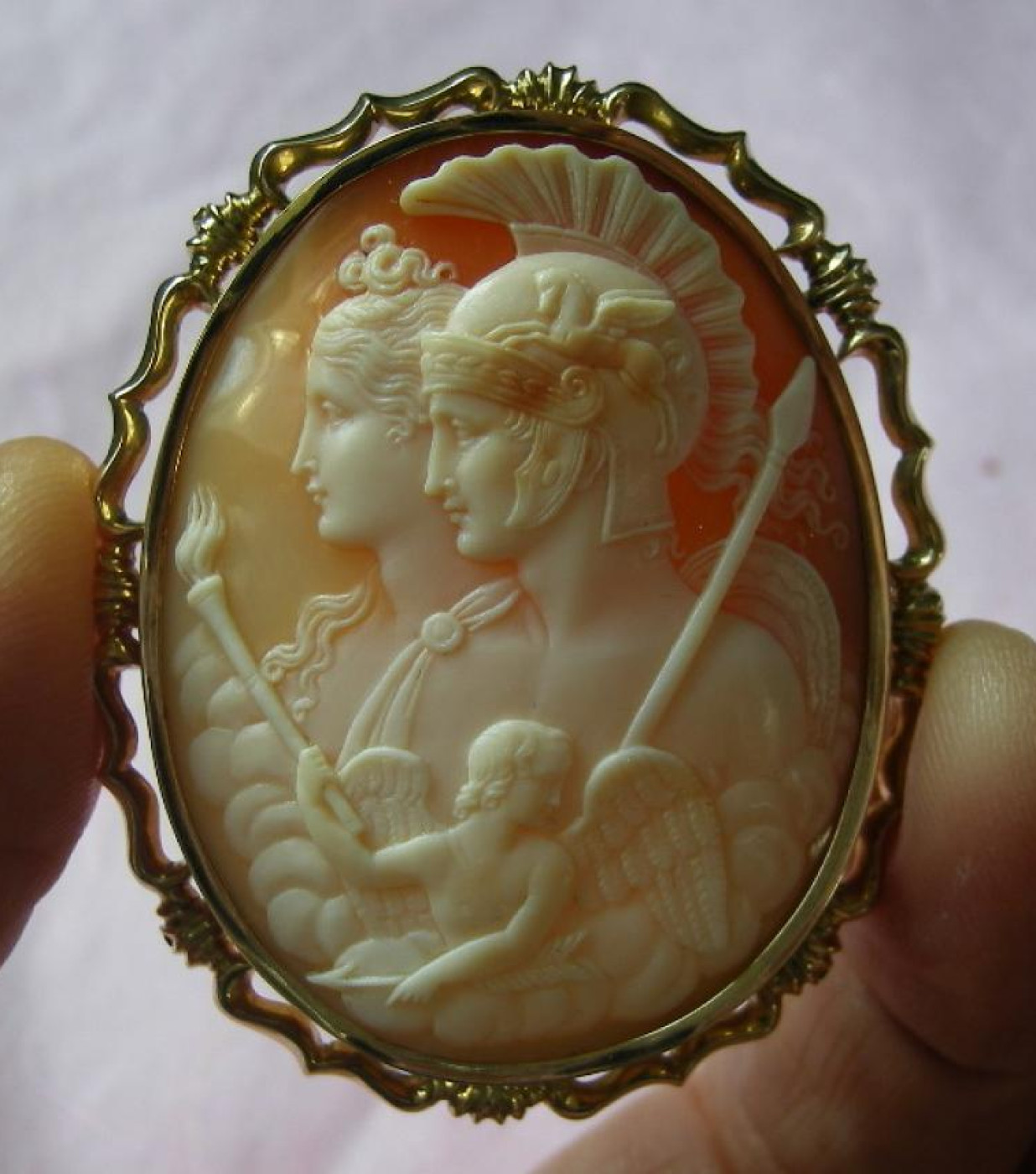 Museum Quality Cameo depicting Venus and Mars, portrayed in profile companied by the genius of the light. This is a cameo of surpassing beauty an incredible work of art and very detailed,  carved by an artist.  Rarest cameo and subject very desirable collectors' piece. Please note the beauty of the two profiles and their  expressivity,  the large profusion of details masterfully carved and overall the reality of the face features , of the neck's and chest's muscles, evidenced especially in the next pictures, details exclusively due to the skill of a great master carver of the past.
A bit of History:
Mars (Latin), son of Juno (Hera in Greek mythology) and Jupiter (Zeus in Greek mythology)  is, according to the Roman classical mythology, the God of war, according to the archaic Roman mythology the God of thunder, of  rain and of  fertility. Initially identified with the etruscan God Maris, God of fertility, of nature, a warlike God and not of the war. Subsequently Mars as the Greek god Ares was assigned to the role of God of war. Mars in the Roman society assumed a more important role of the Greek (Ares) counterpart because he was considered the husband of Rea Silvia and father of Romulus and Remus that founded Rome. Mars was considered the father of the Roman people and the Romans were used to call themselves children of Mars. The month of March, the day Tuesday and the planet Mars due to him their name. Venus (in Latin Venus, in Greek Aphrodite) is the name of the Goddess of  love in Greek and Roman mythology, daughter of Zeus and Dione. From her union with Anchises, Aeneas (the most important hero of the Aeneid) would have been born.  In the mythology, Venus and Mars are usually lovers or fierce enemies, often both the things at the same time. Jung (the philosopher) has described the complexity of the relationship male-female " the power of  love, of  passion that pushes two opposite poles to unite, to a strong resistance that holds them separate it corresponds a vehement attraction that pushes them to unite. Venus and Mars concern the female and masculine aspect of the desire and the sexuality, extraordinarily powerful strengths that appear with the adolescence and extremely powerful in the psyche with Venus that represents the strength of attraction and Mars the assertive strength. Venus tries to attract and, in effects she chooses, Mars that tries to compete and to win. The love among the God of the war Mars and the Goddess of the love Venus was a very dear theme to the painters in Renaissance era that were inspired from these mythological themes.