The Education of Achilles 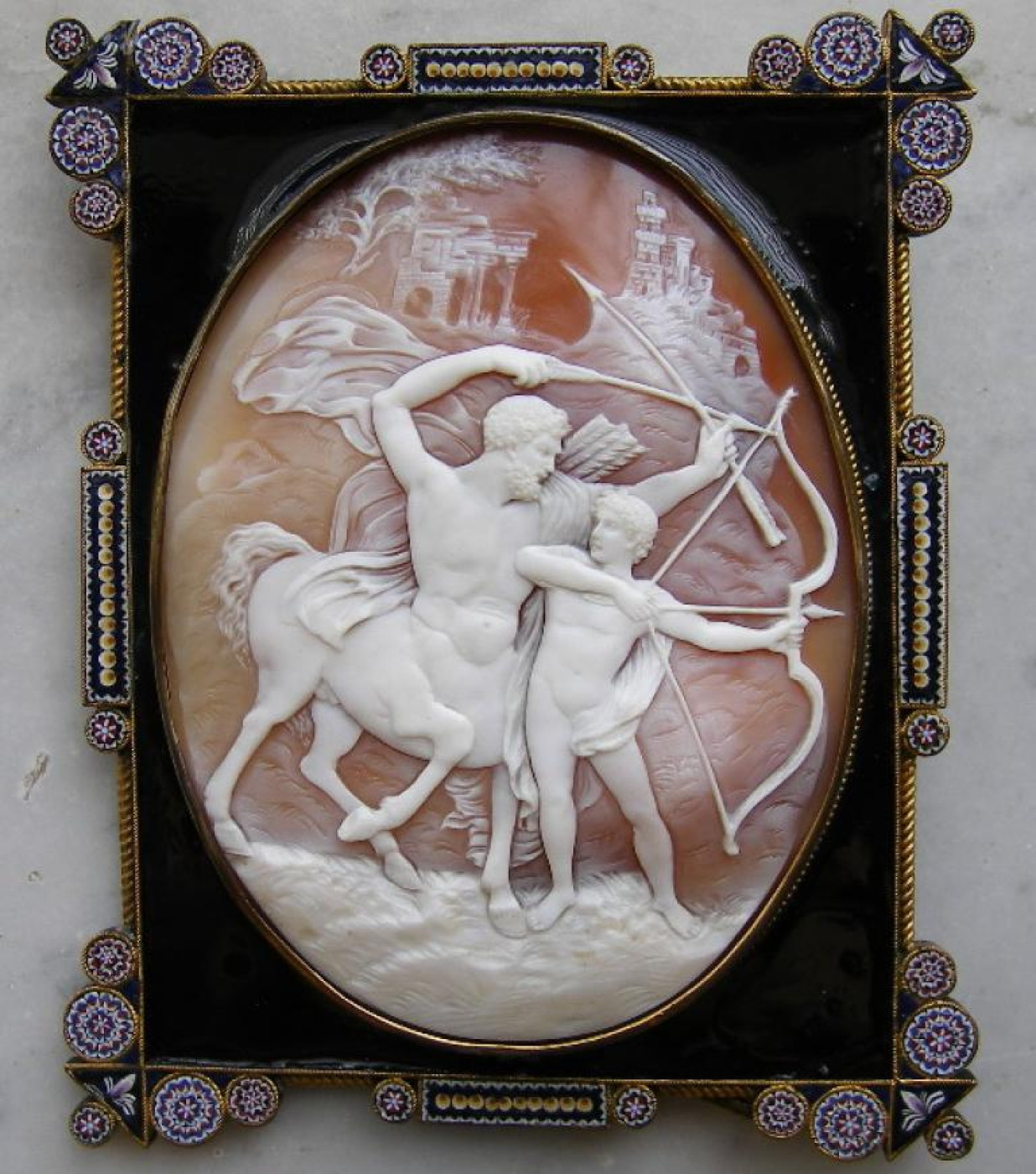 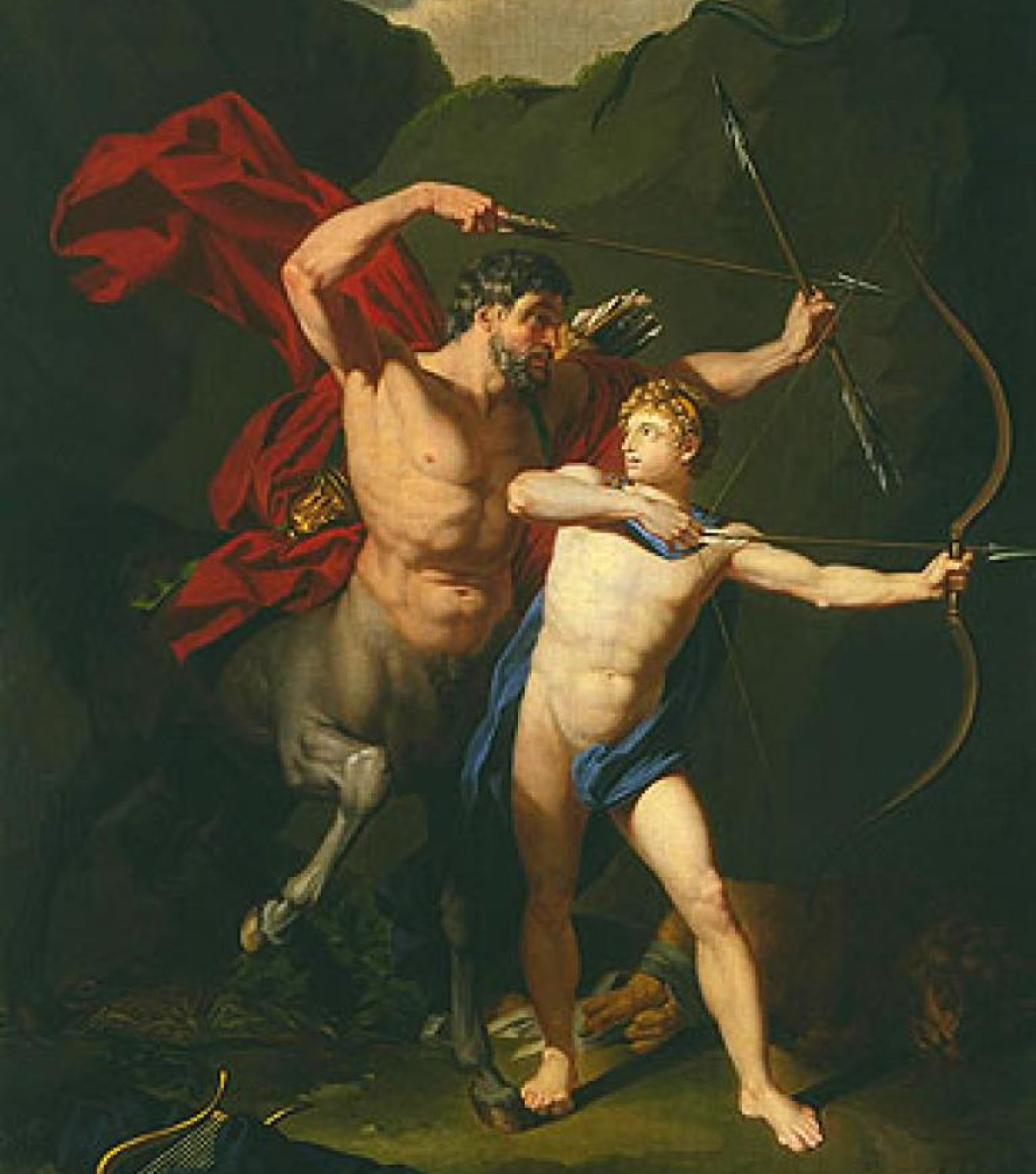 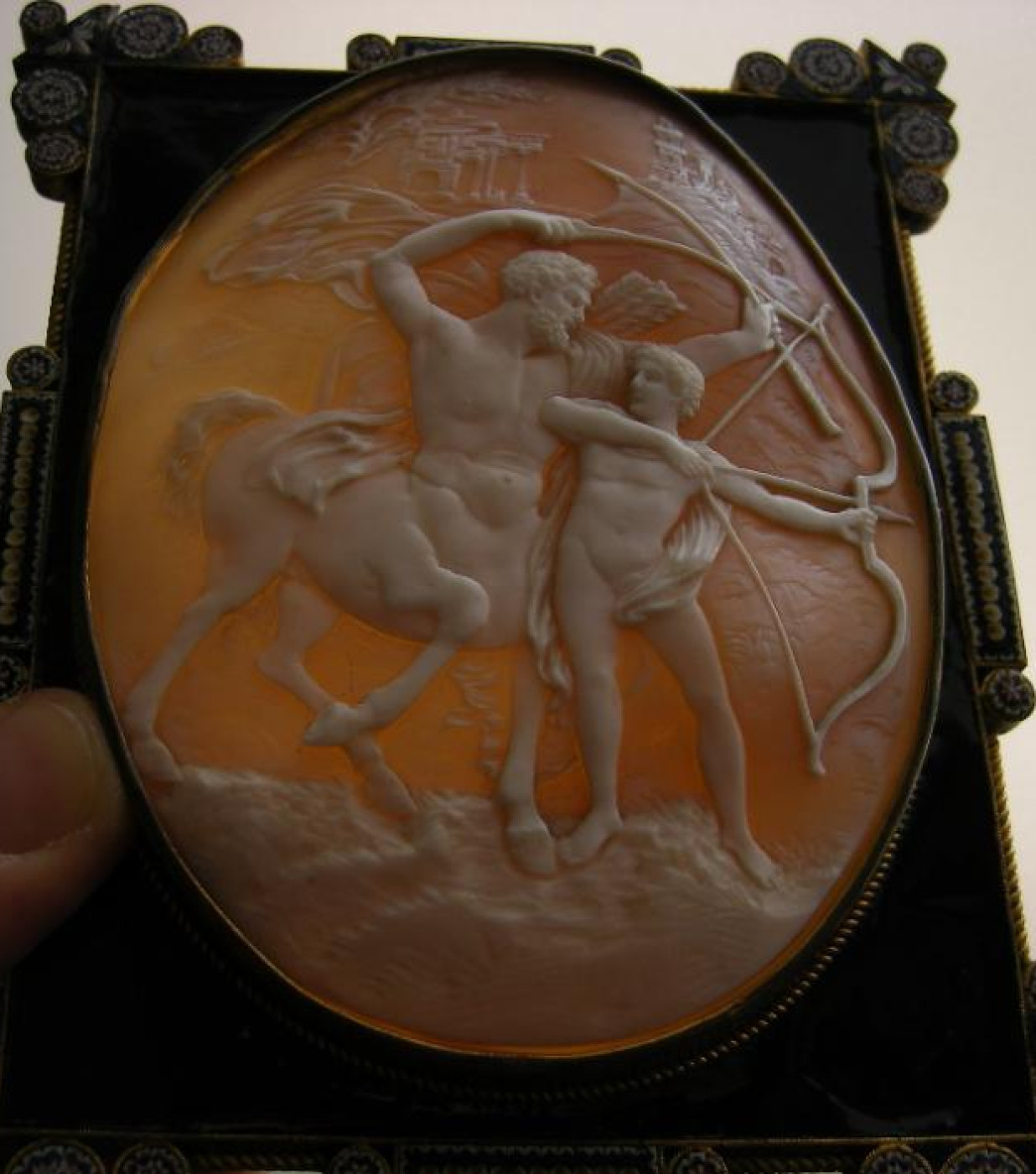 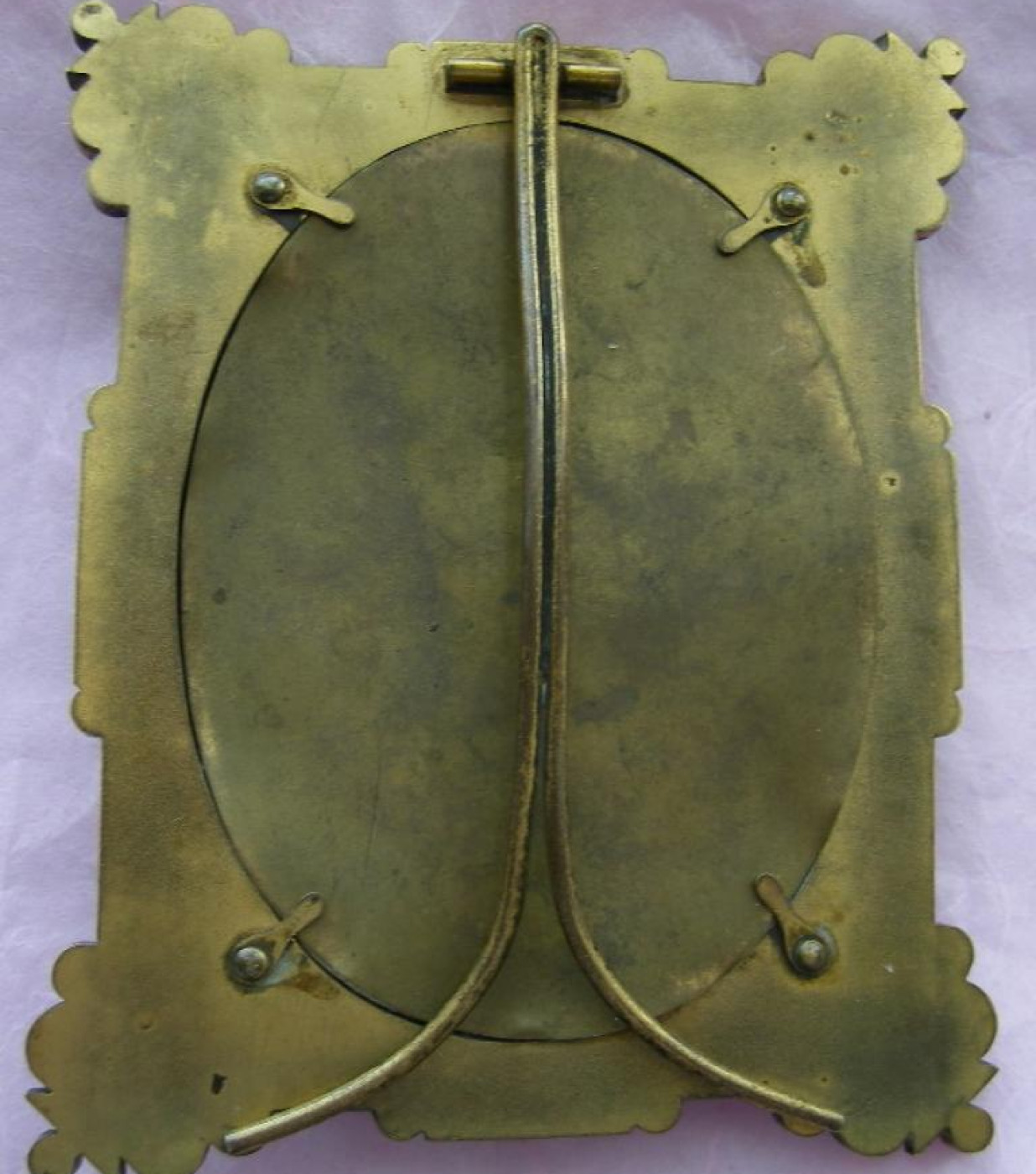 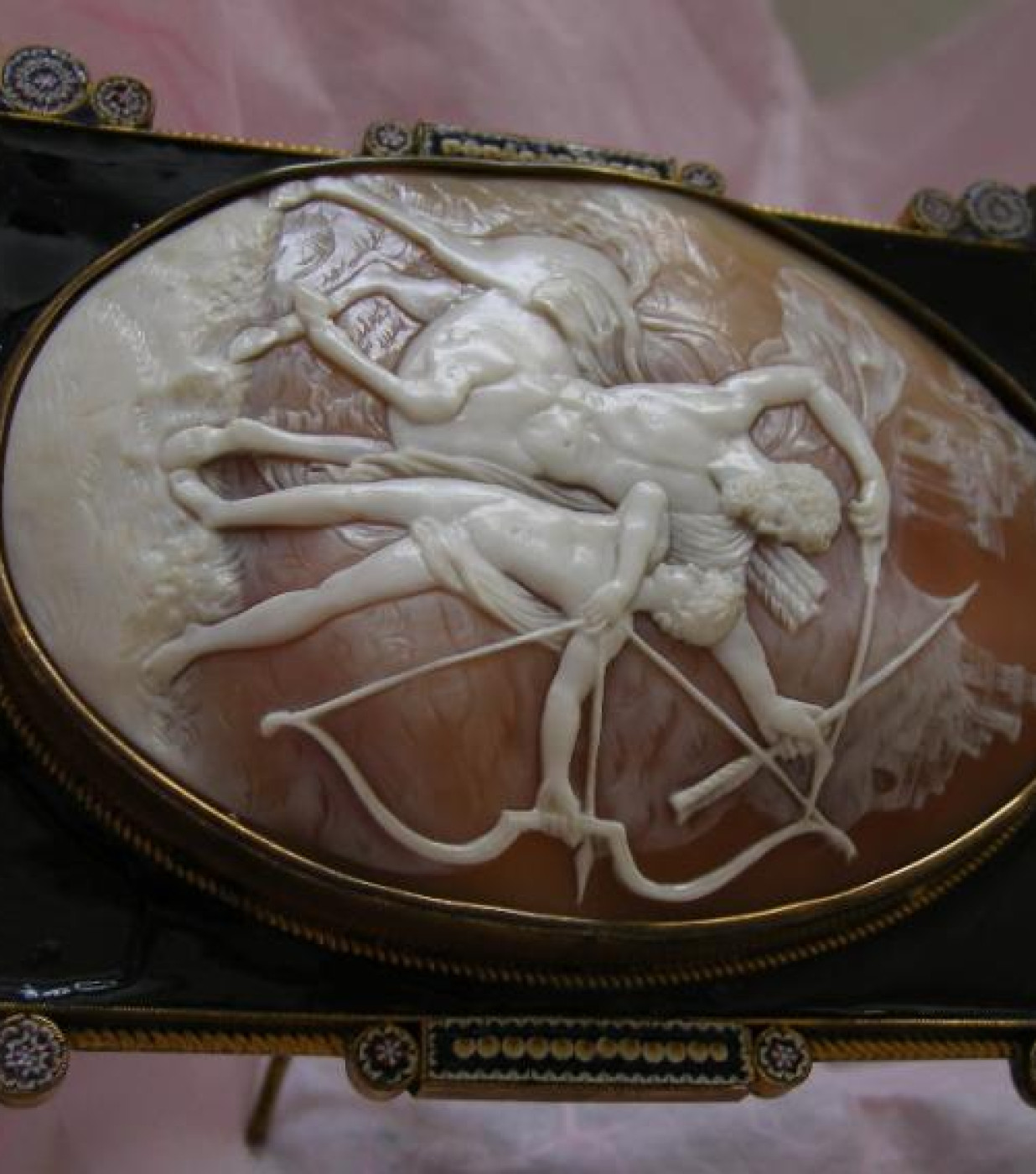 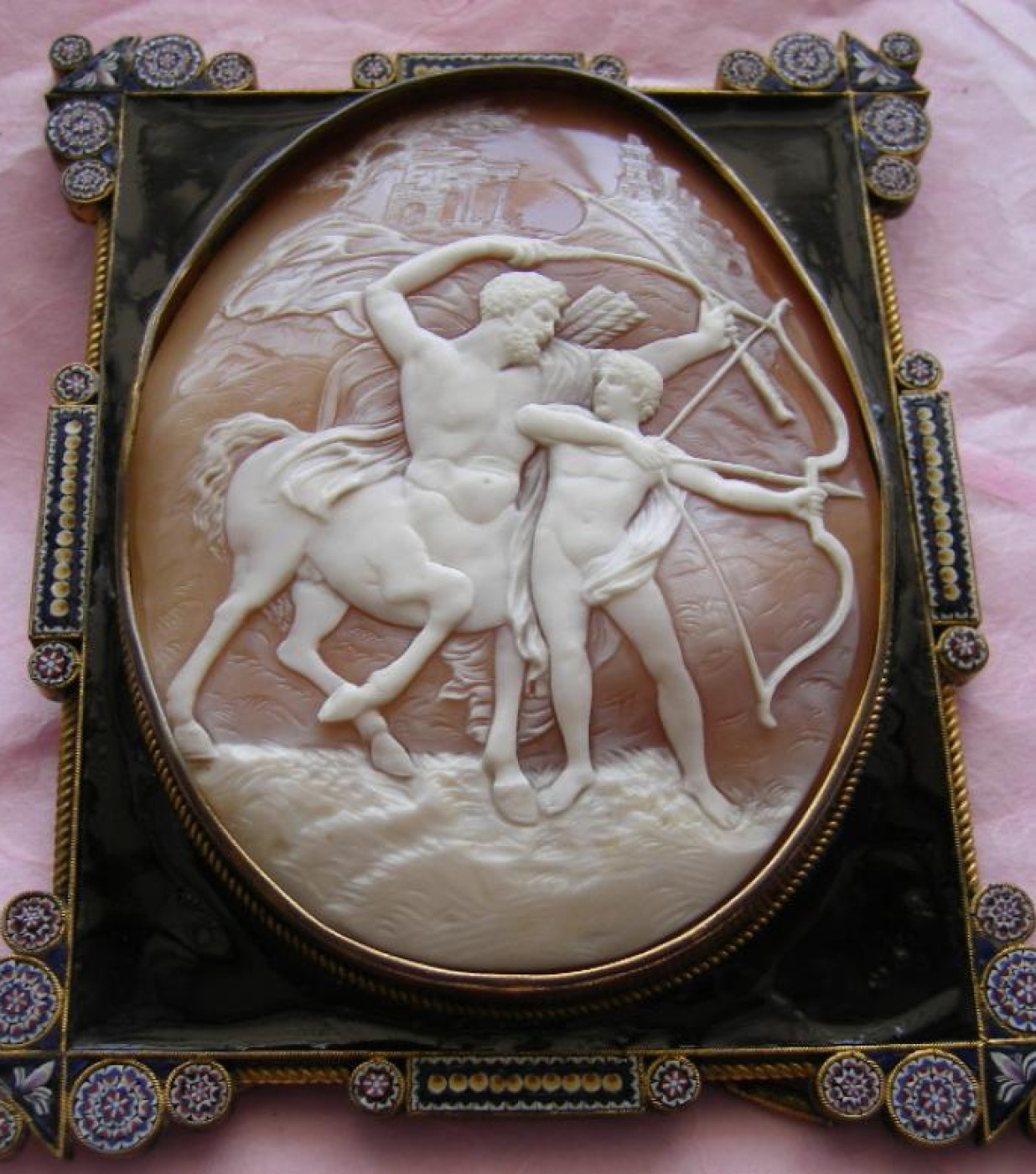 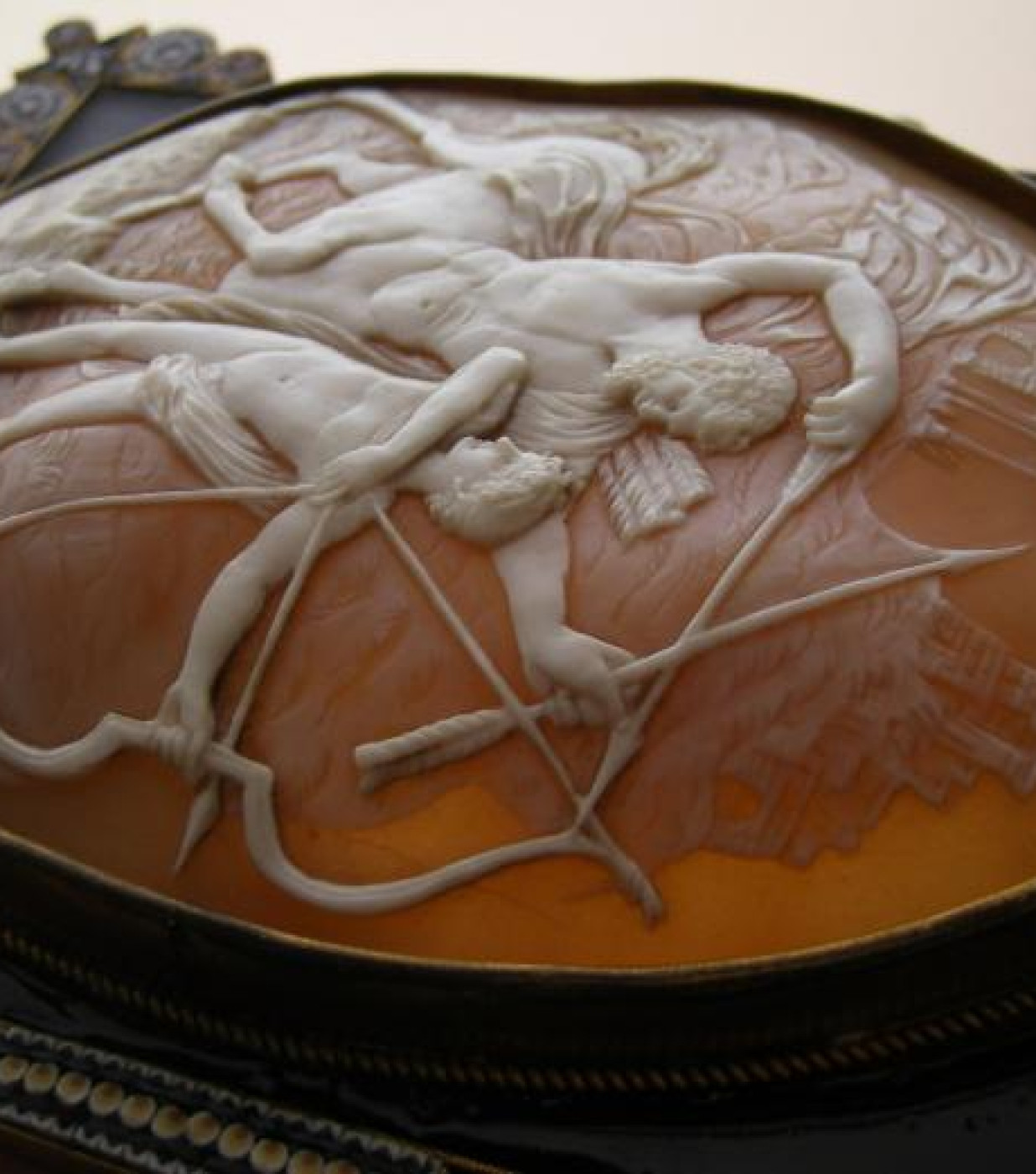 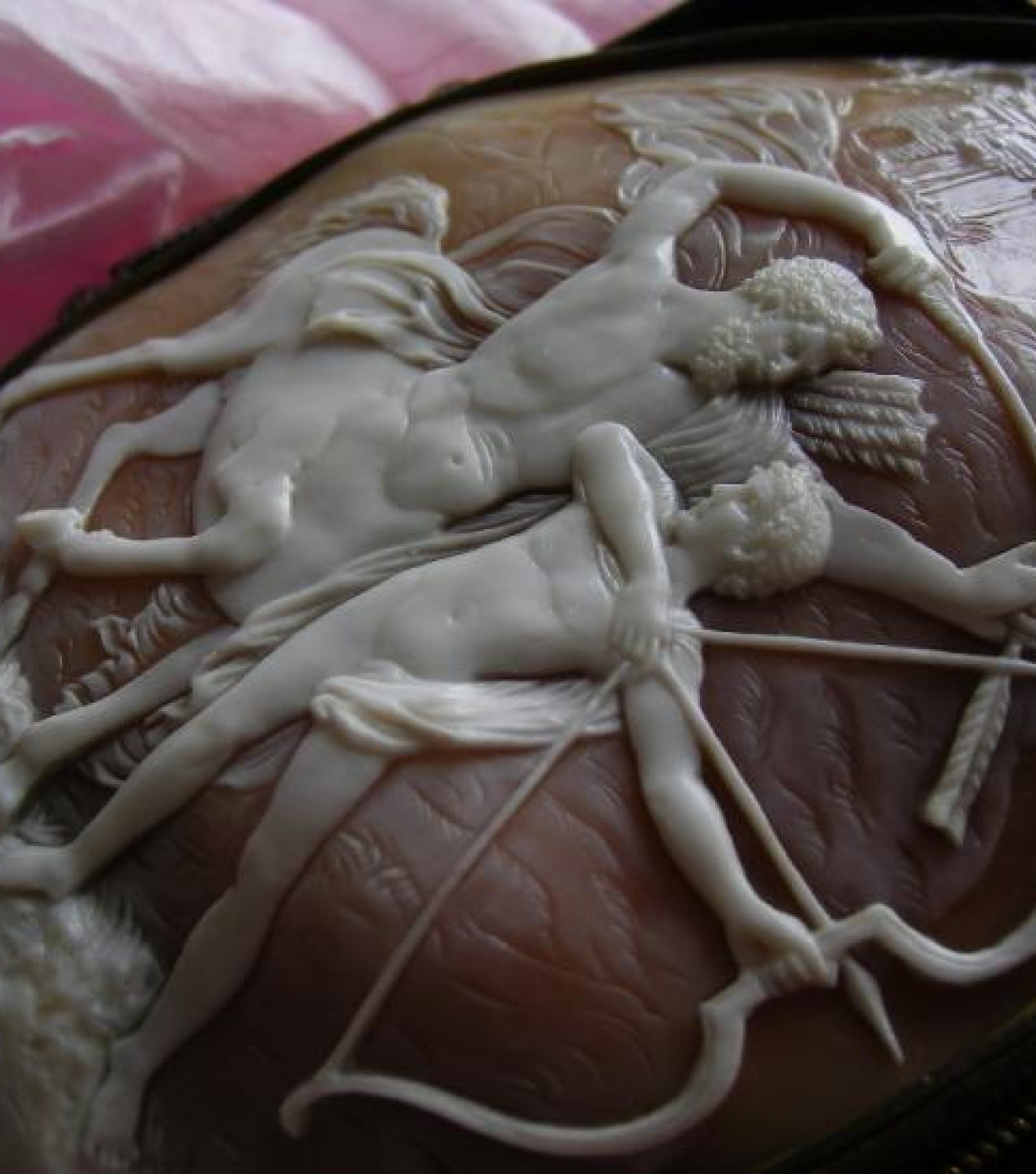 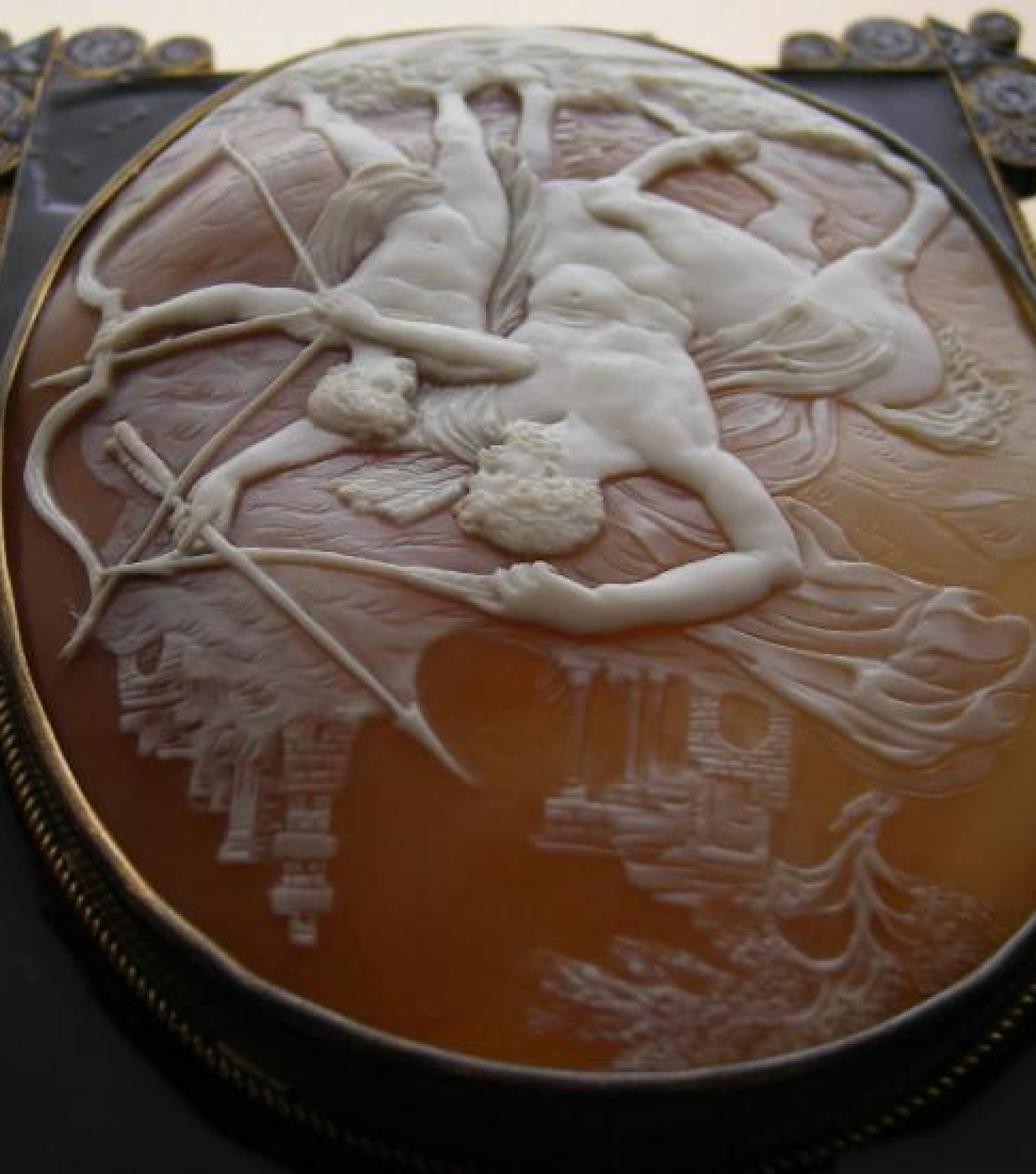 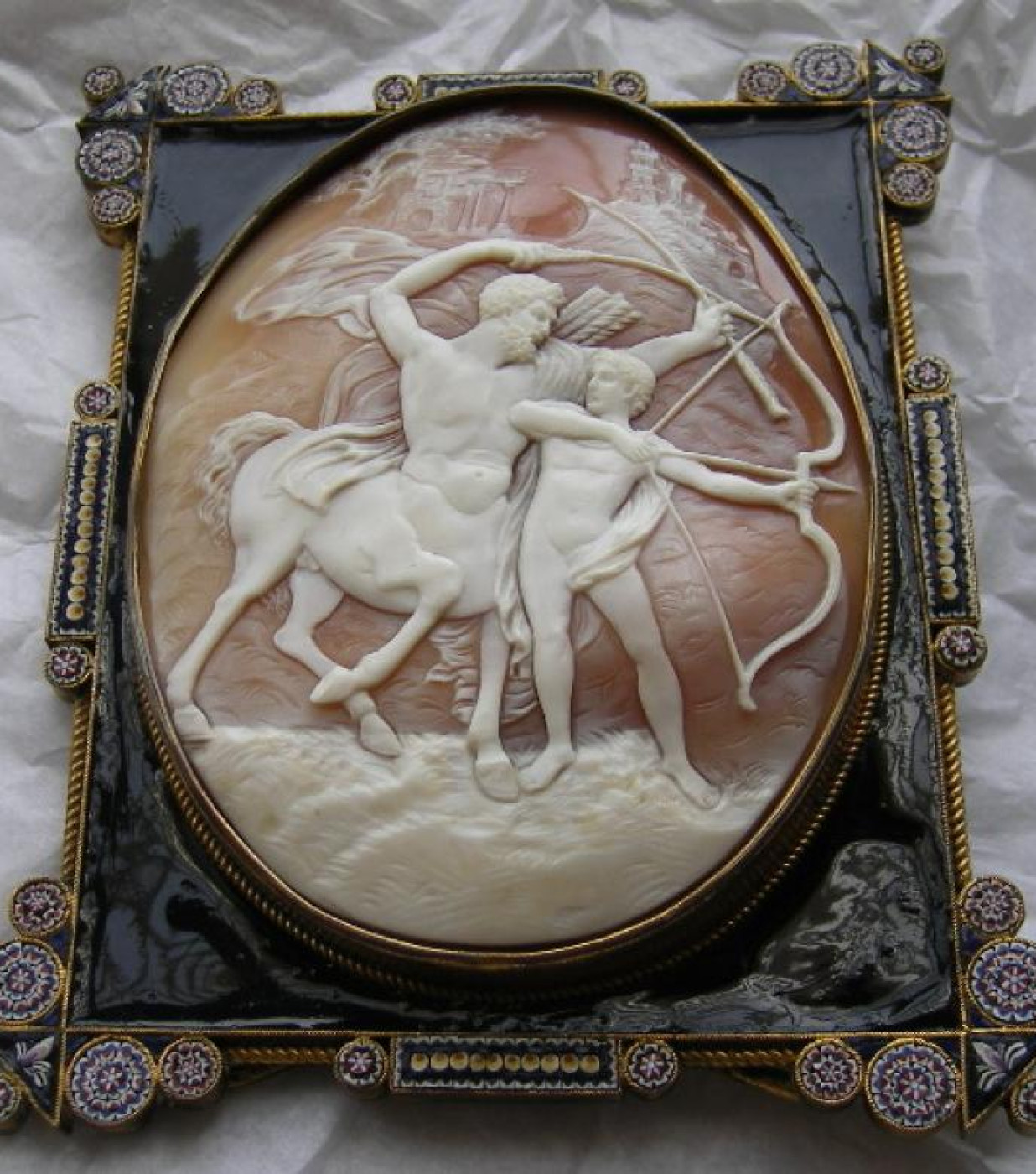 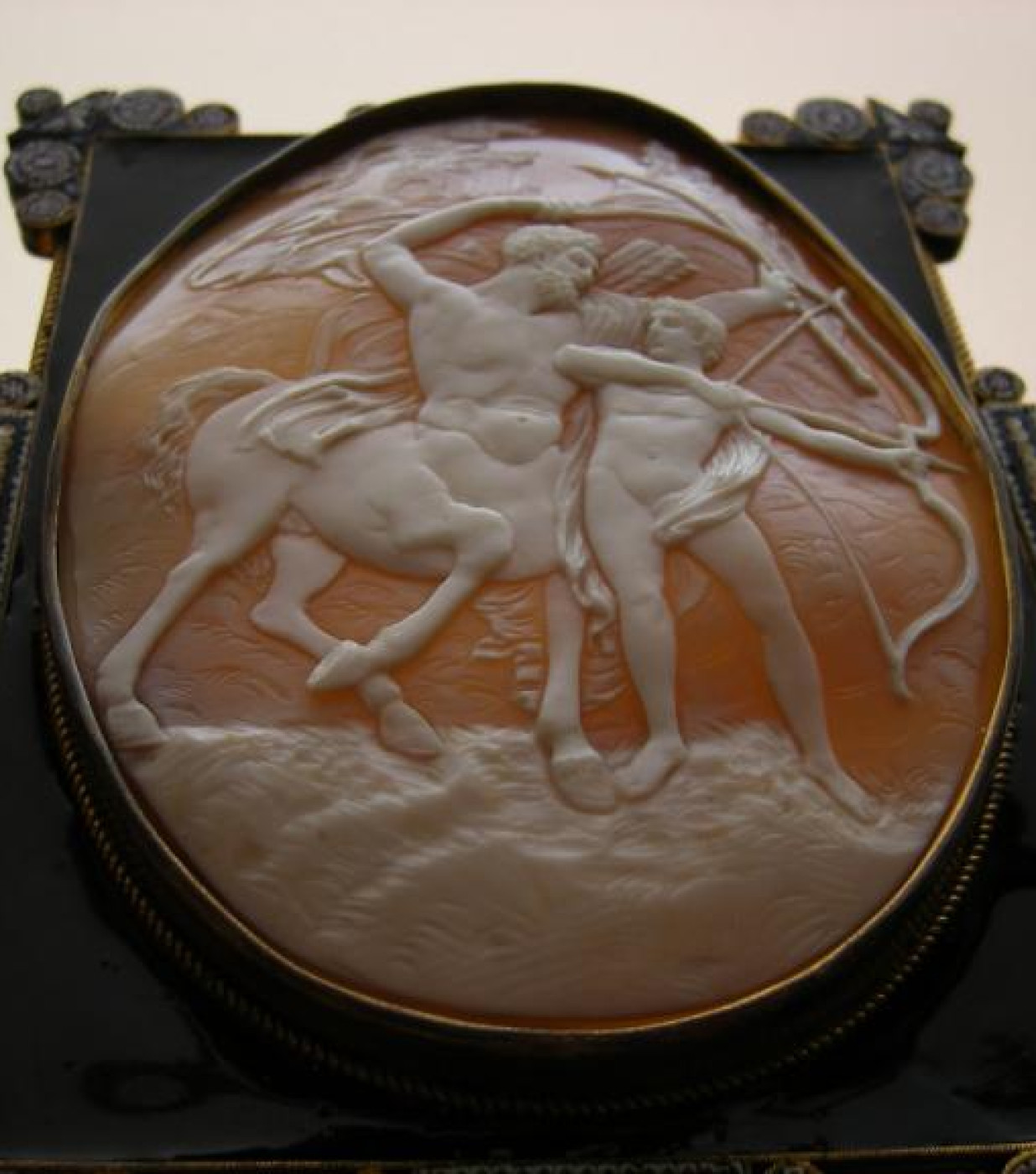 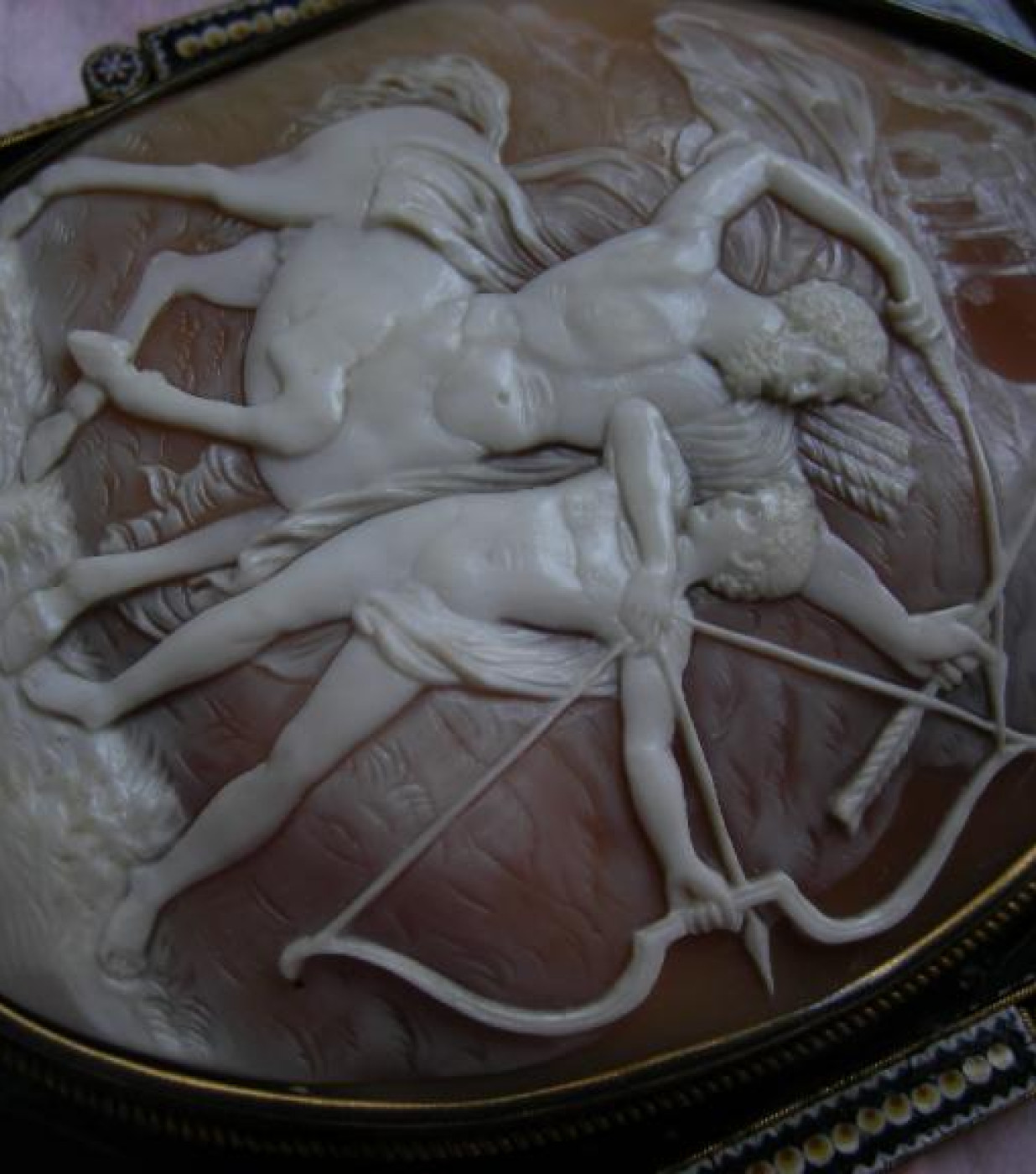 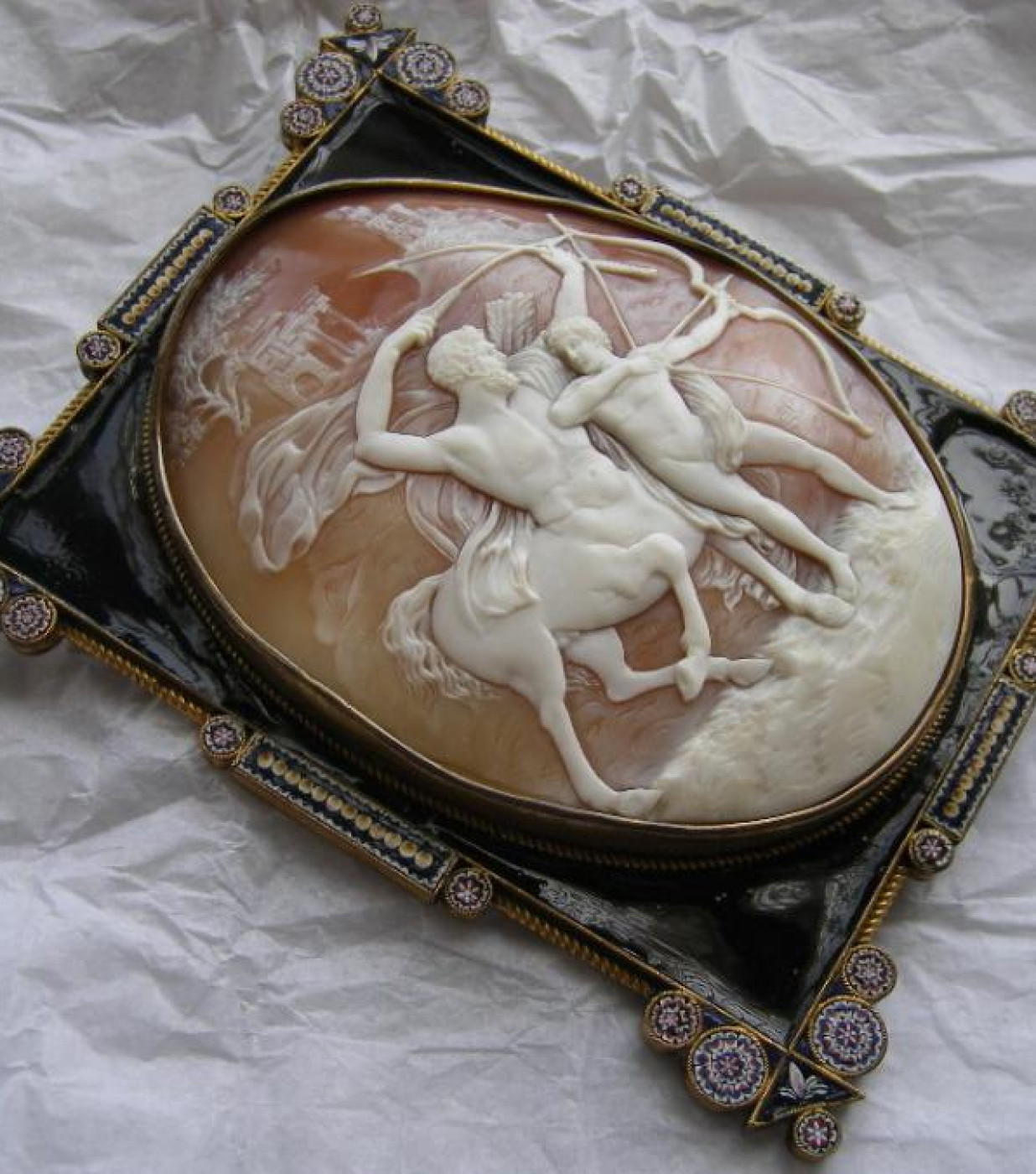 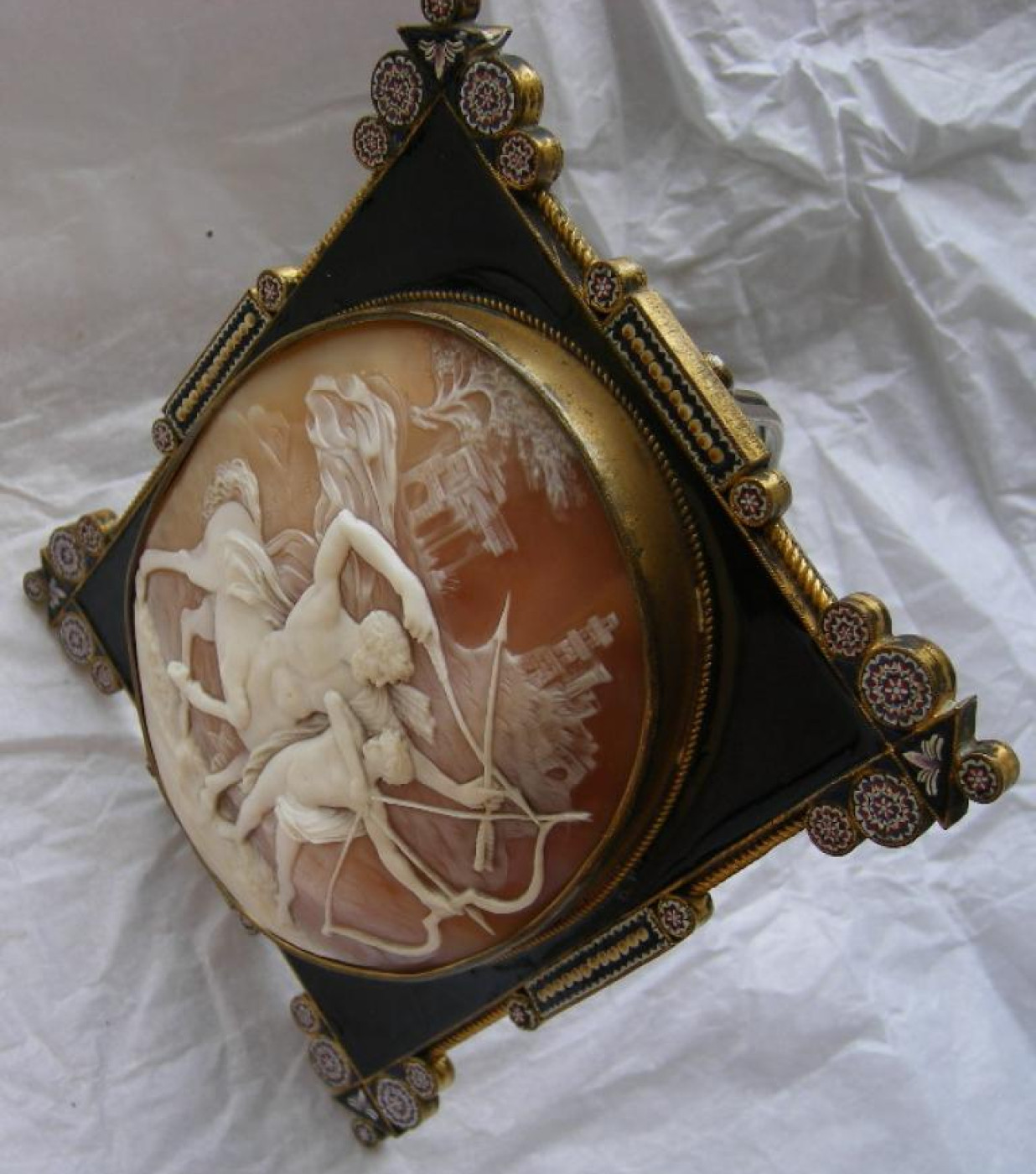 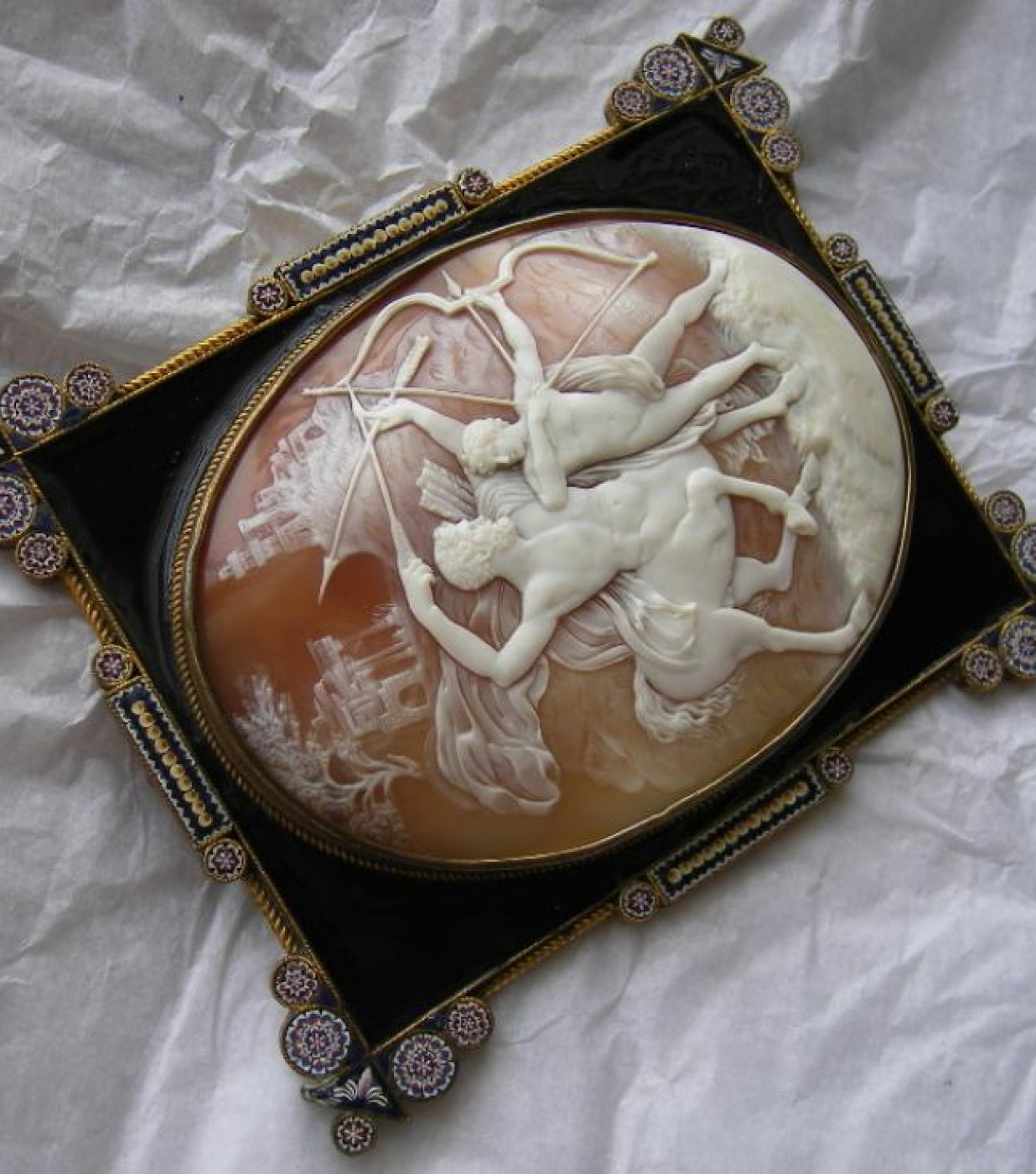 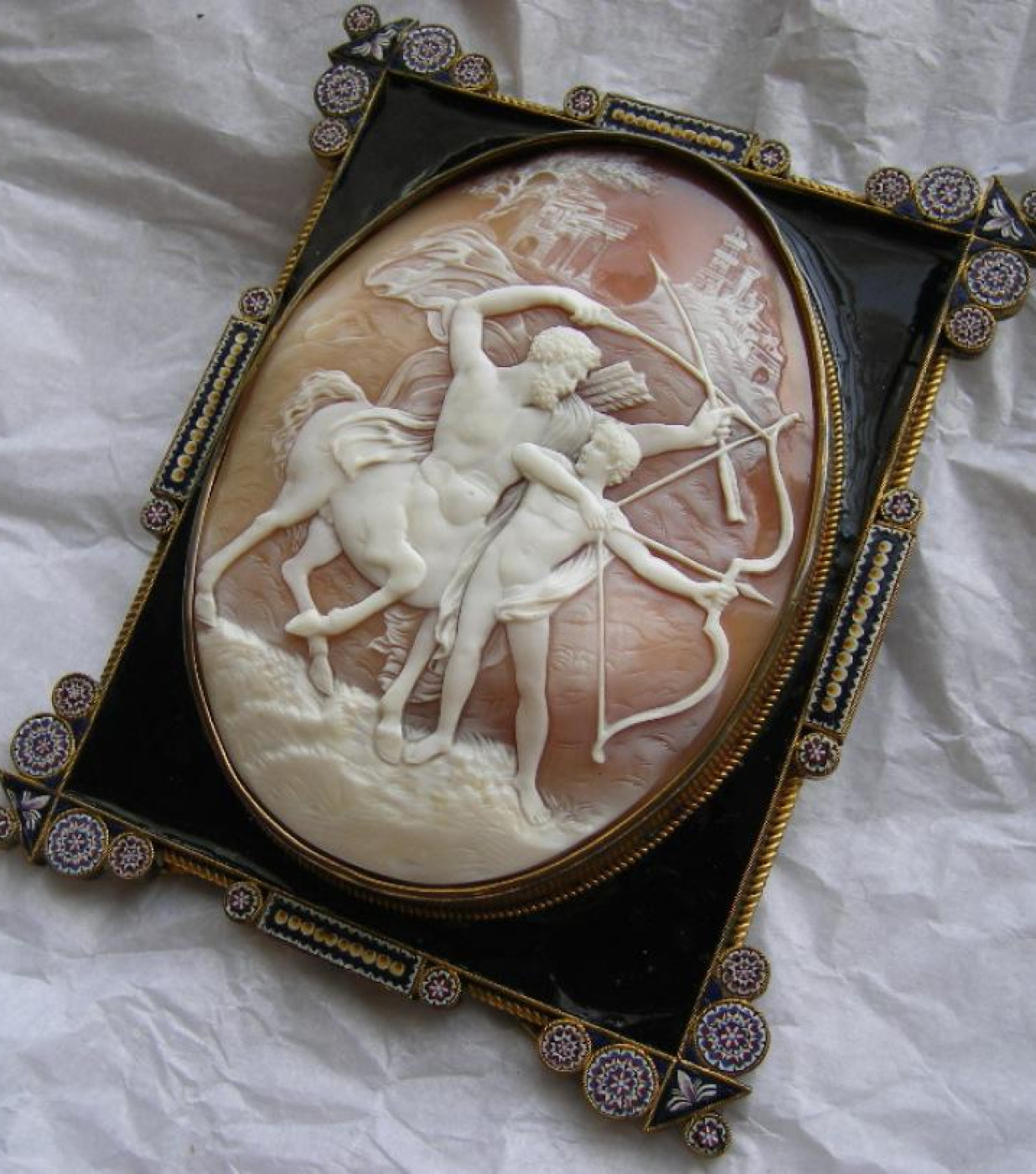 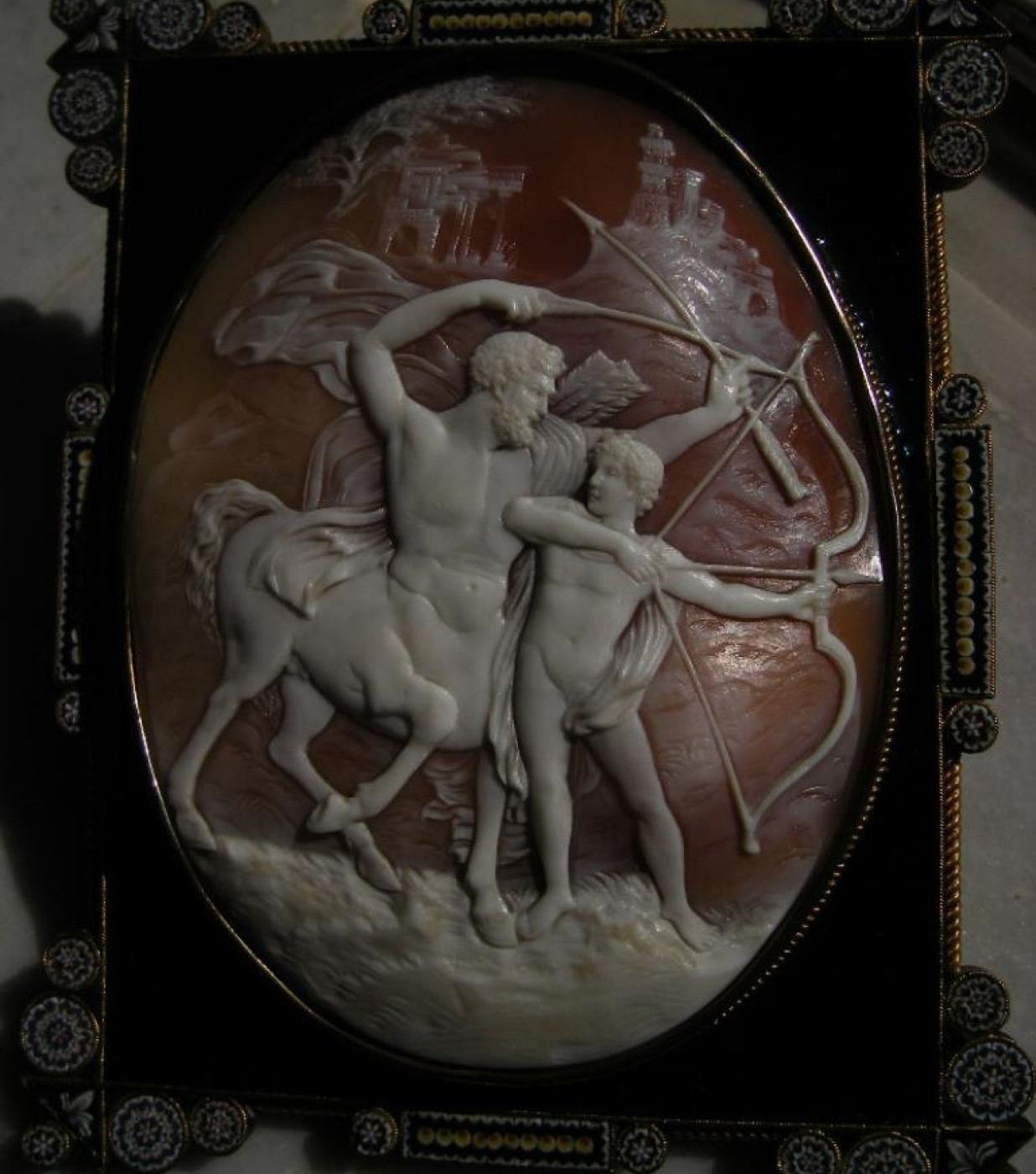 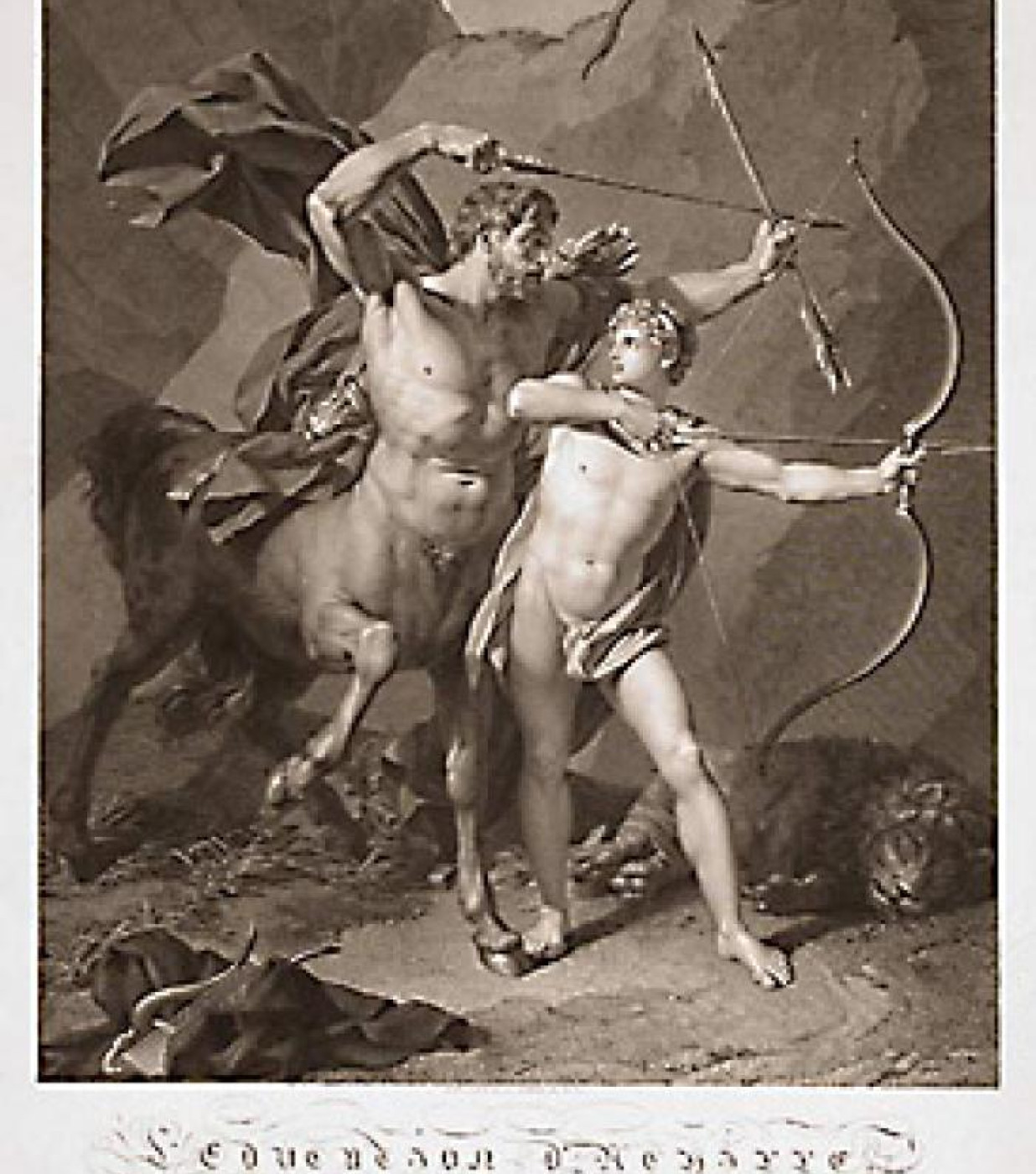 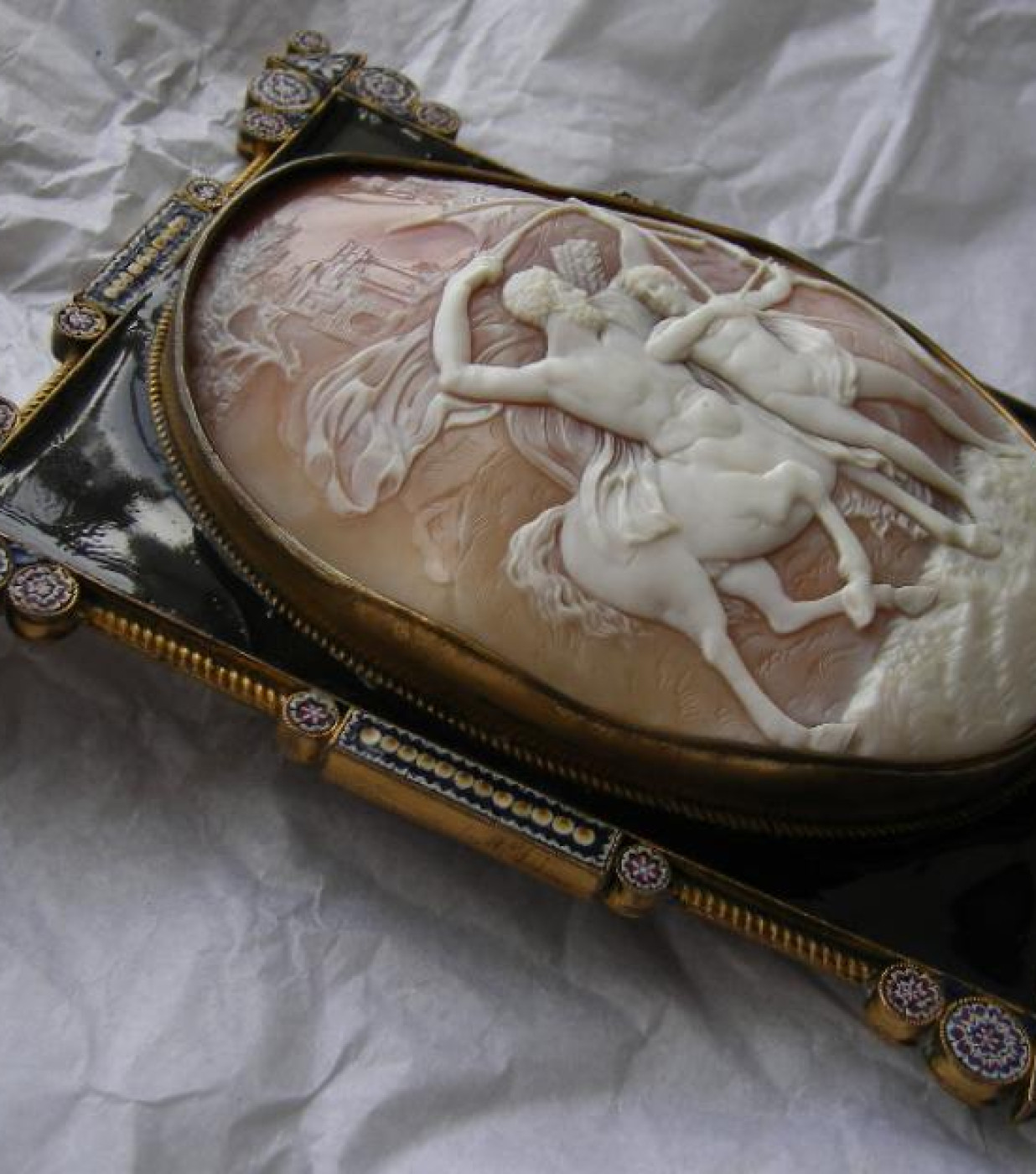 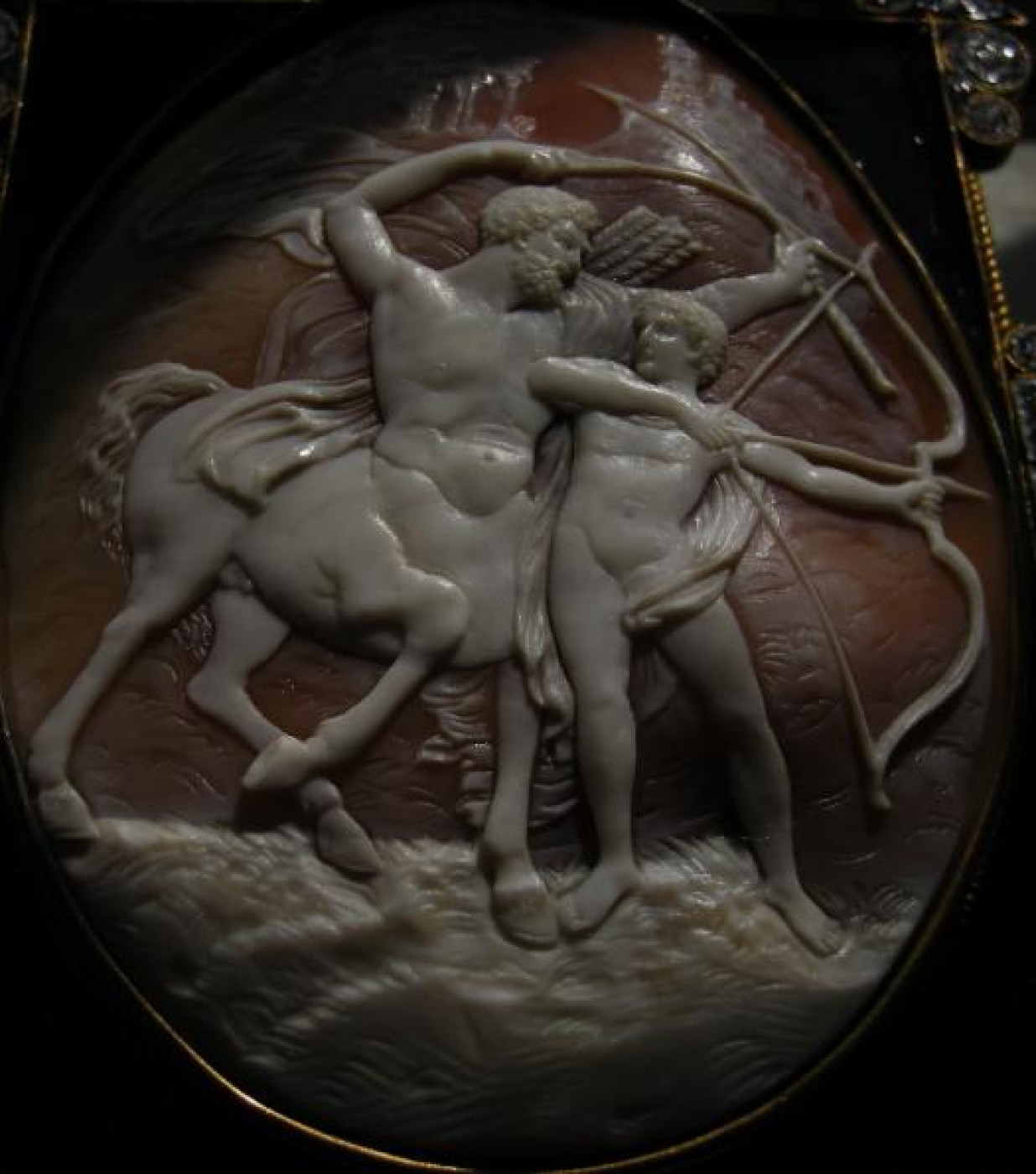 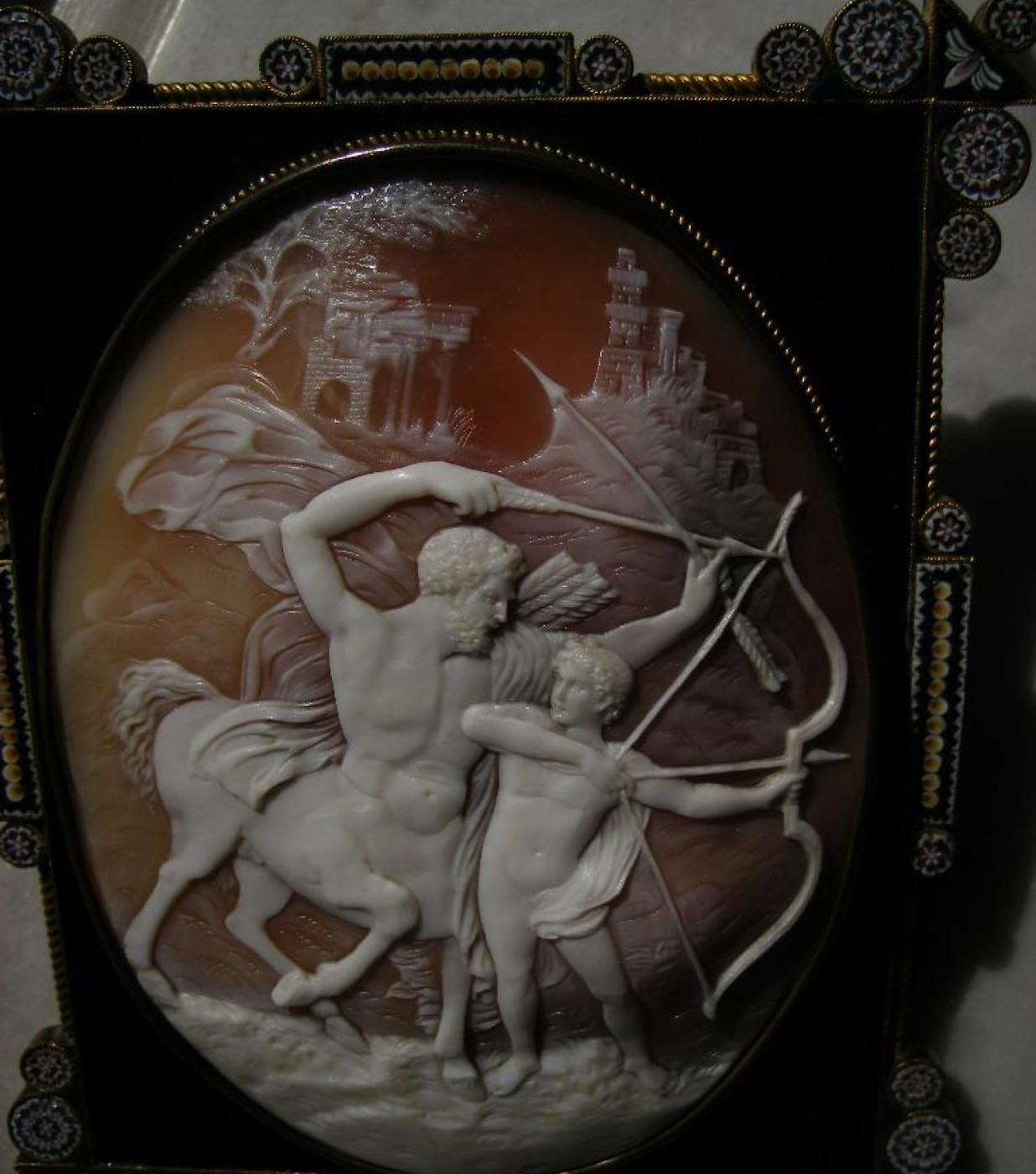 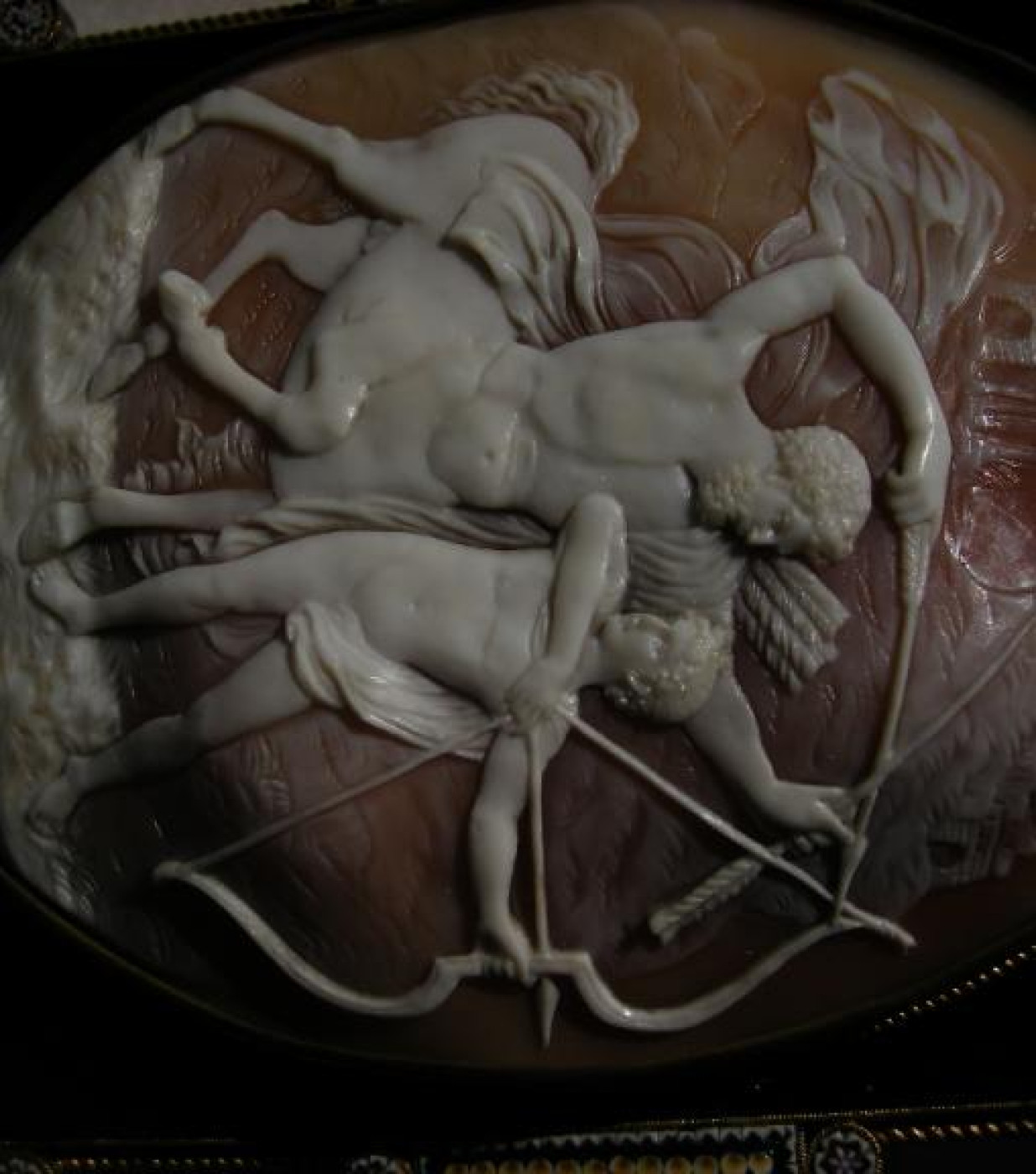 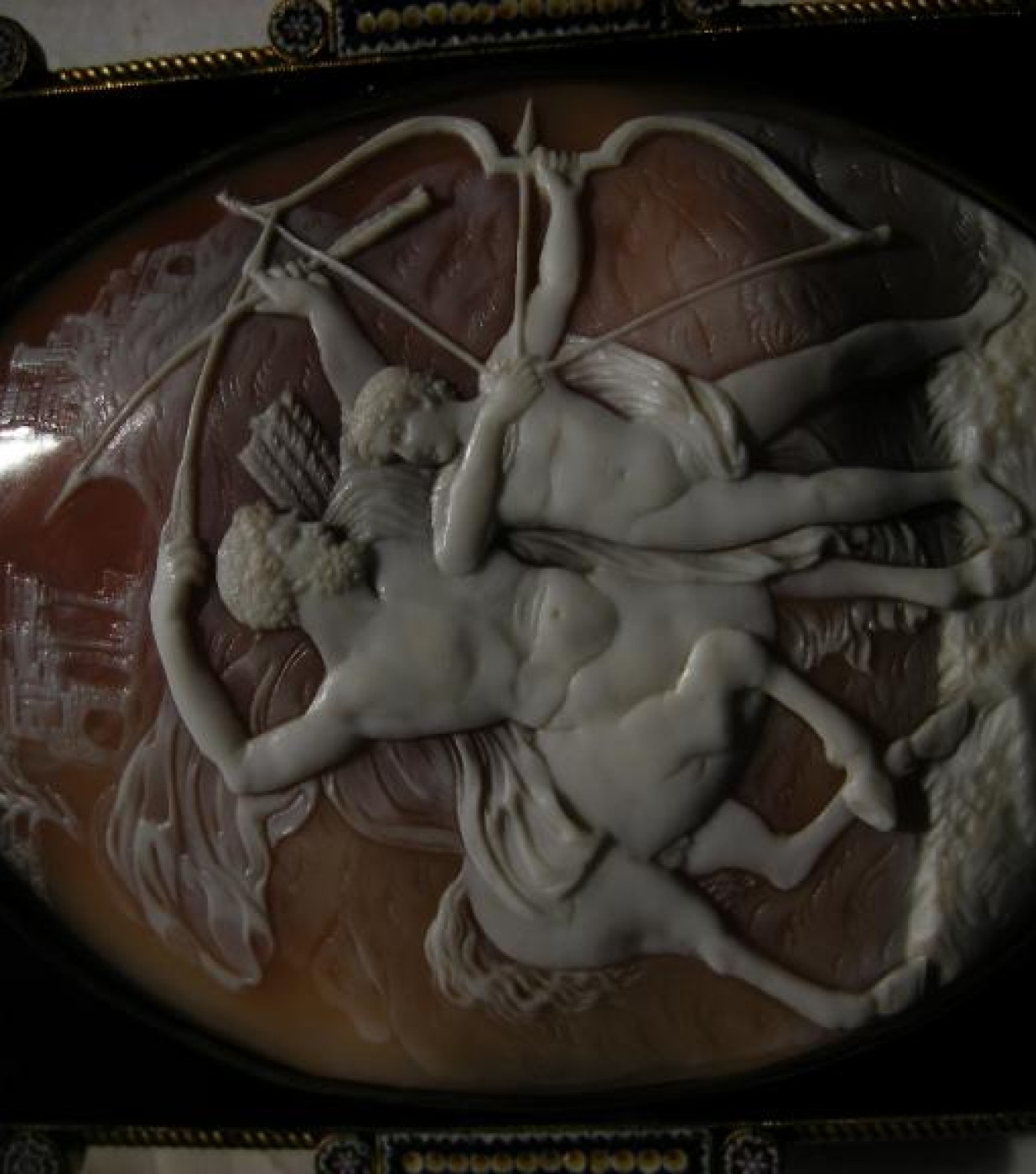 More than Museum Quality and hugest cameo depicting The Education of Achilles by the Centaur Chiron. I think that there are no words to describe this cameo that I was so lucky to find. The pictures speak by themselves.  The subject is after a painting of circa 1782 (see pictures below) of Jean-Baptiste Regnault (1754-1829).  Jean-Baptiste. Regnault, "Membre de l'Institute National des Science & Arts."  was a prominent French painter who won the prestigious Prix de Rome in 1776. He spent the next four years at the Académie de France in the company of leading neoclassicist painters Jacques-Louis David and Jean-François-Pierre Peyron. Regnault, too, eventually adopted a neoclassicist style, and until 1787 he signed his pictures Renaud de Rome (Fox of Rome), to disassociate himself from the mannered aspects of French painting before the time of David.
Education of Achilles by Chiron, is now in the Louvre in Paris. There is also an engraving (see picture below) from Ramboz (engraver), titled
L'Education d'Achille (The Education of Achilles) now in the Bervic Galerie du Museum, No. 12, Paris: Early 19th Century. As the painting as the engraving  depict a dramatic moment in which the youth Achilles is being instructed in archery by the Centaur Chiron. Unlike most other Centaurs of Greek legend, who were generally portrayed as unreliable drunken brutes, Chiron was both civilized and wise, and was credited with training several famous disciples (between them there was Ajax too, another Greek hero of the War of Troy)  He was known for his expertise in the art of healing and for playing the lyre (there is also a fresco from 47/59 a.c. found in Herculaneum, near Naples, who depicts Chiron teaching Achilles to play the lyre). The constellation Centaur (Centaurus) was named in his honor. Achilles, of course, became a legendary warrior.
This one is, with no doubt, the most beautiful and largest cameo I have ever handled, the pictures speak by themselves. The frame is spectacular too, black enamel and micro mosaics called Millefiori. Cameo can be easily extracted from the frame. This is another masterly carved cameo. A very desirable collectors piece, rarest and museum quality cameo.