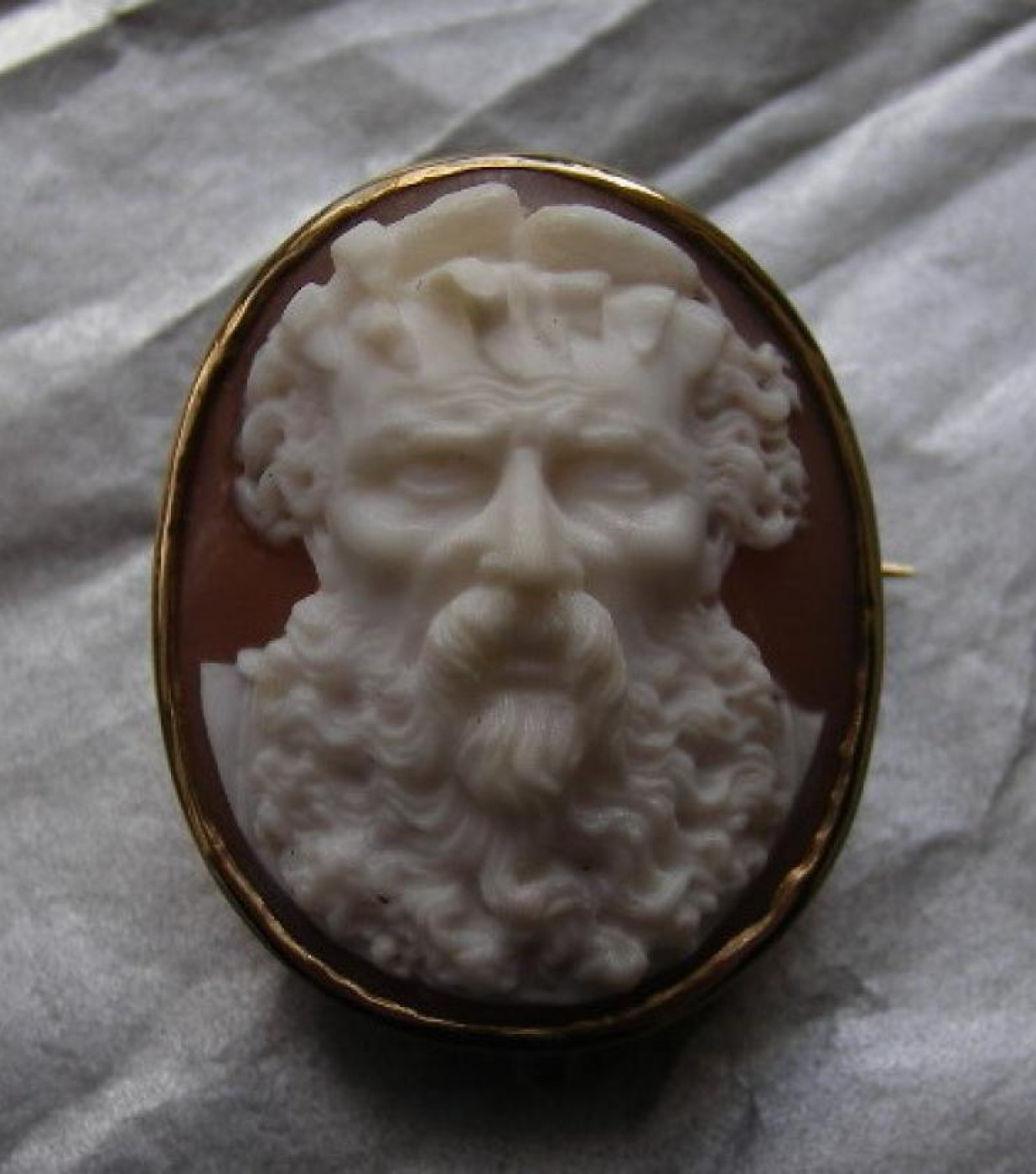 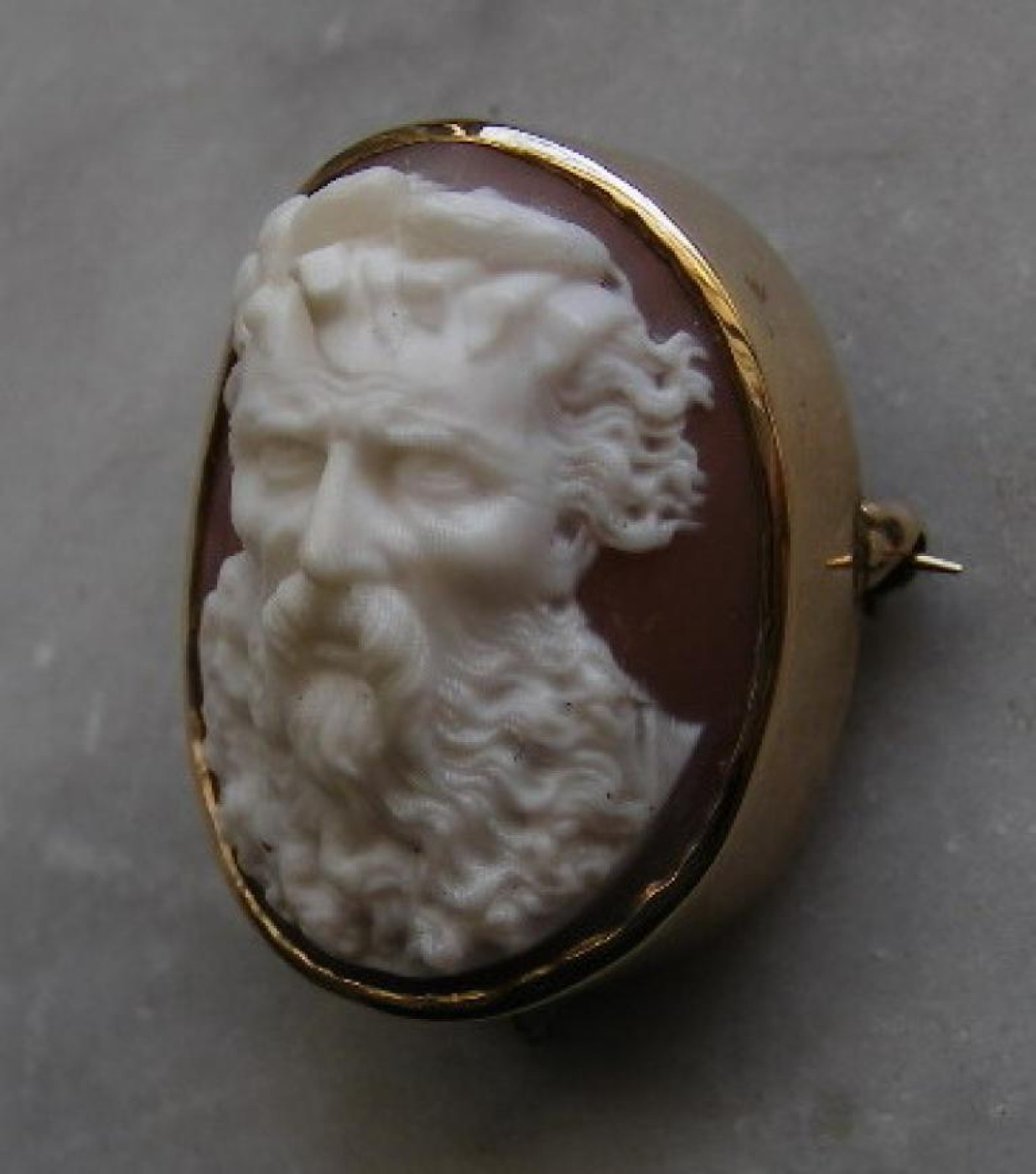 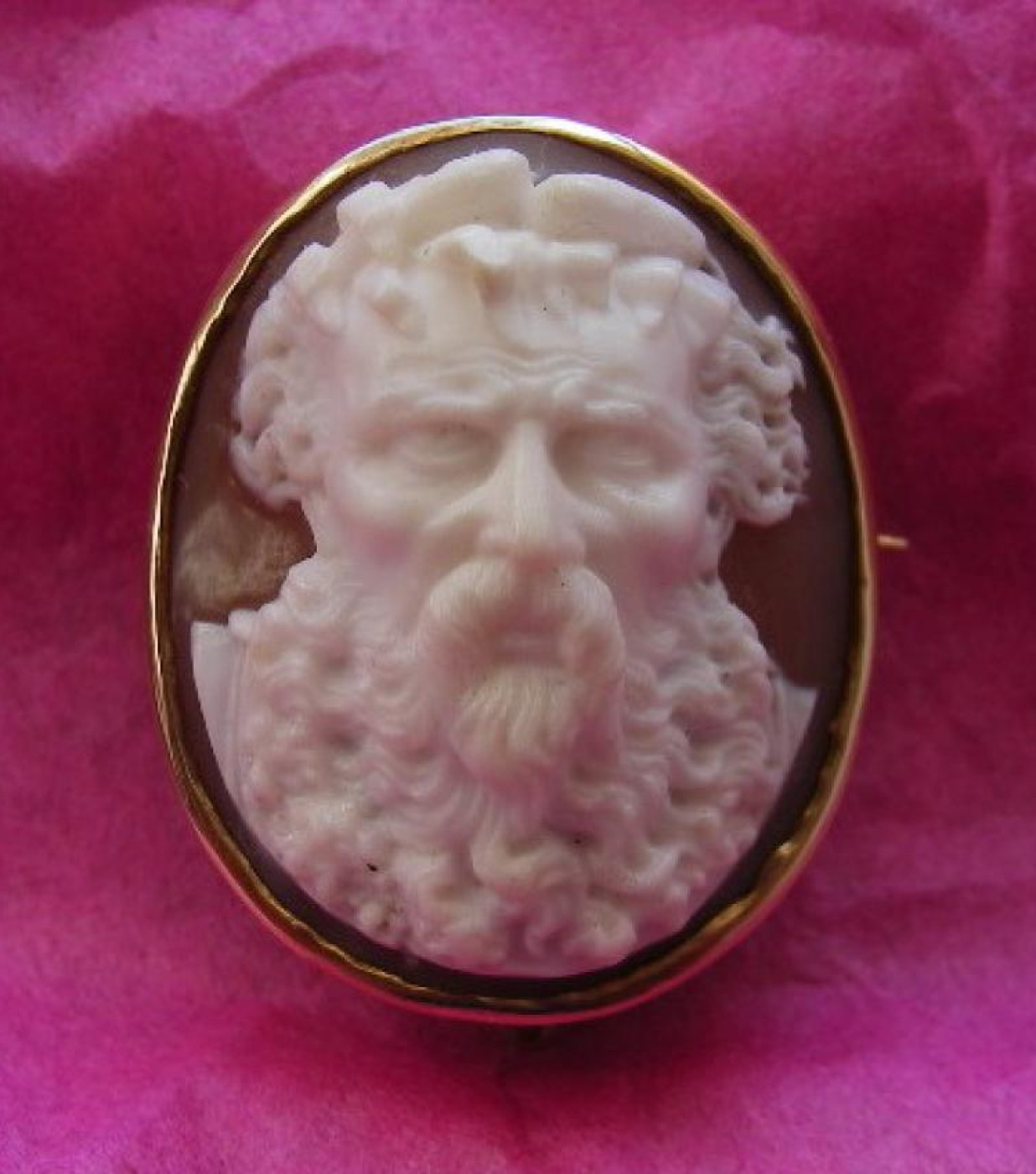 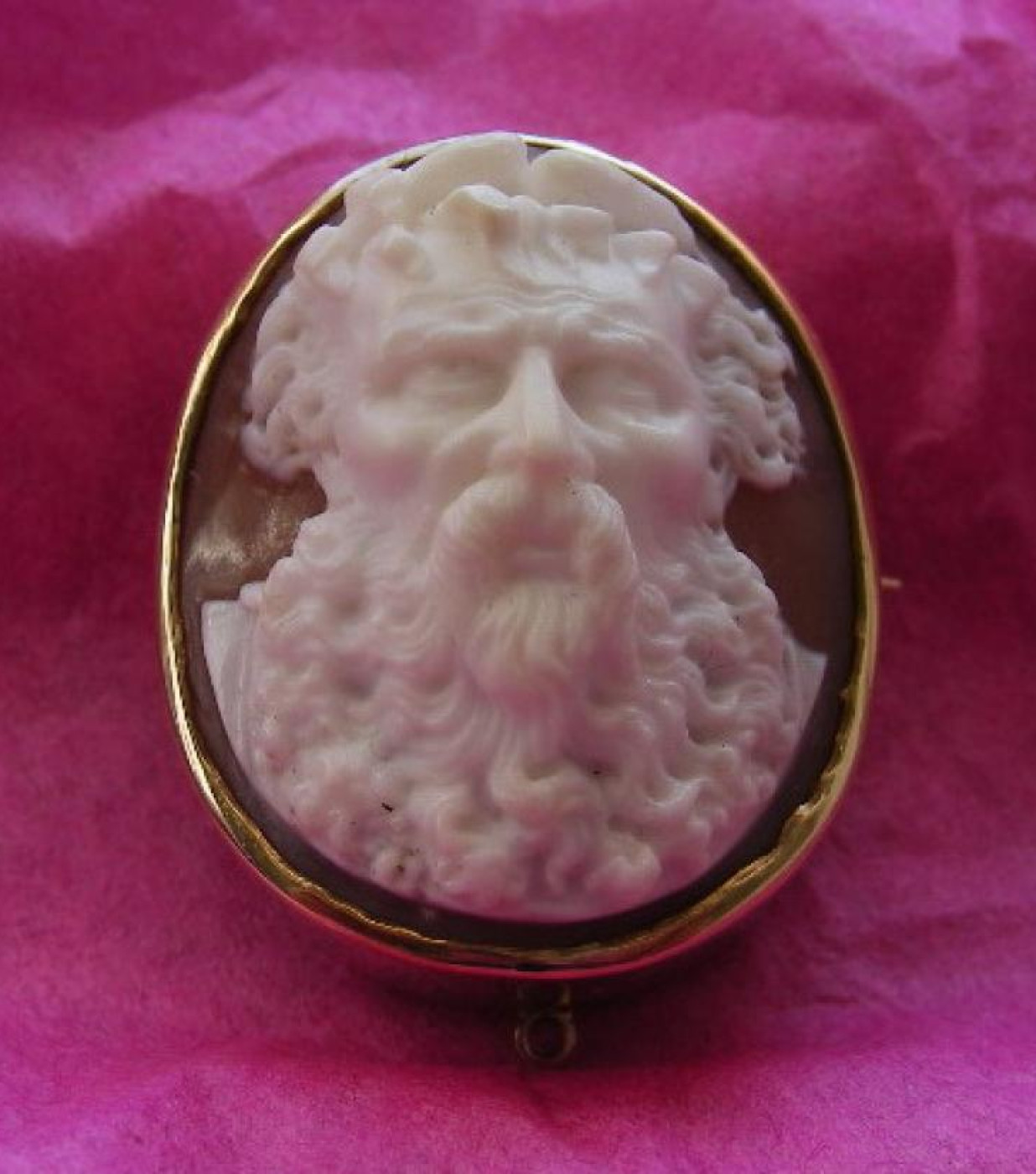 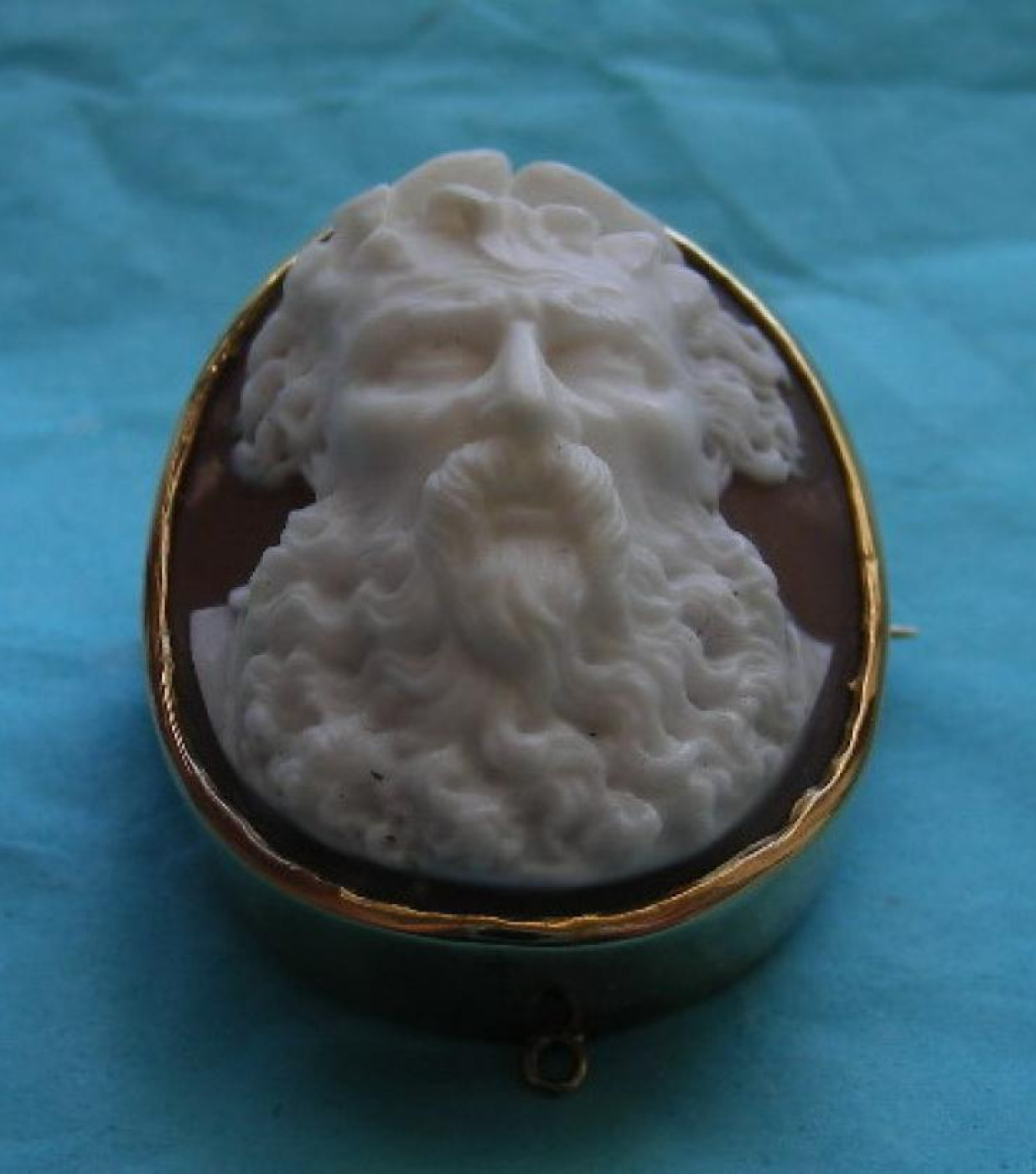 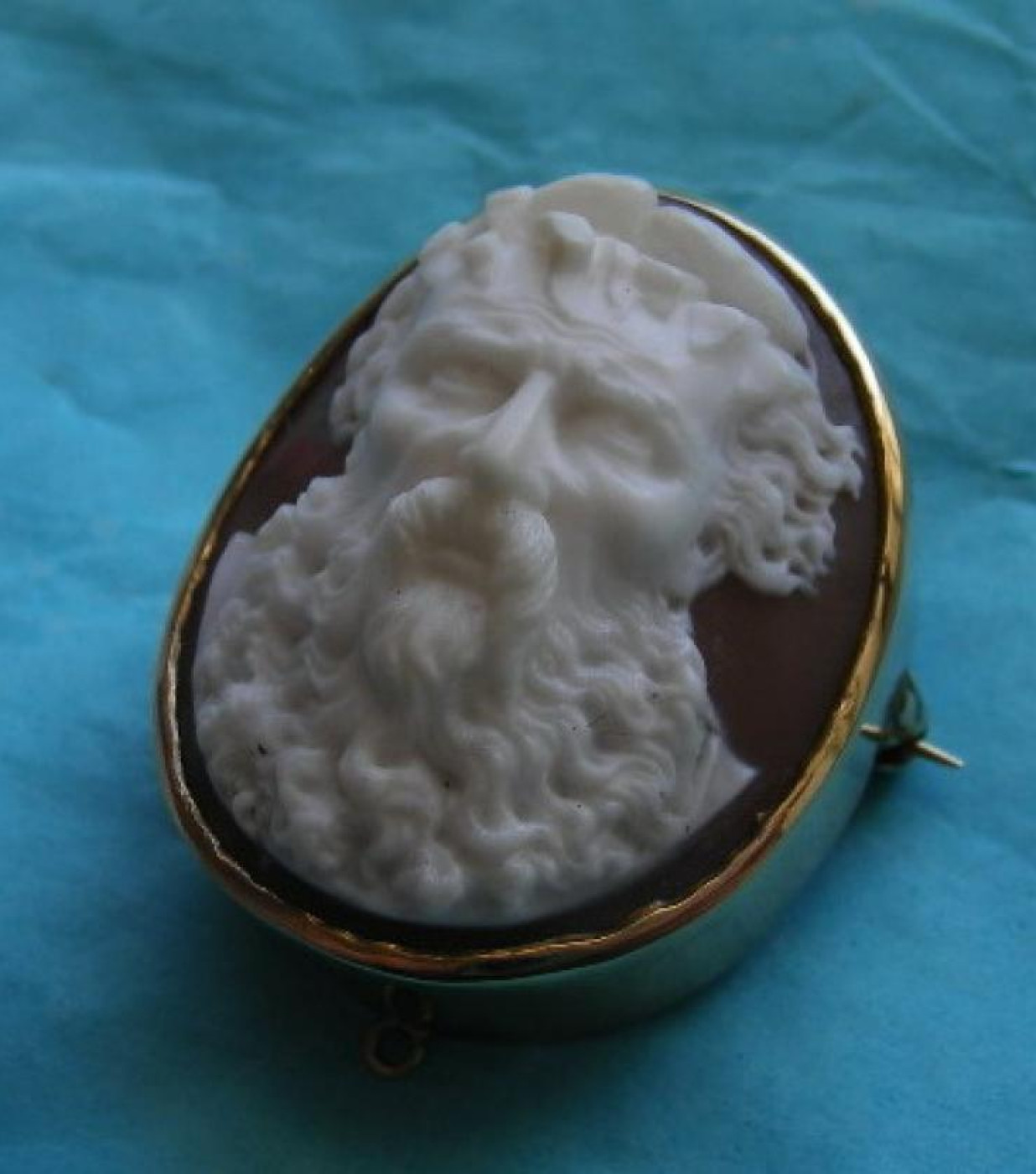 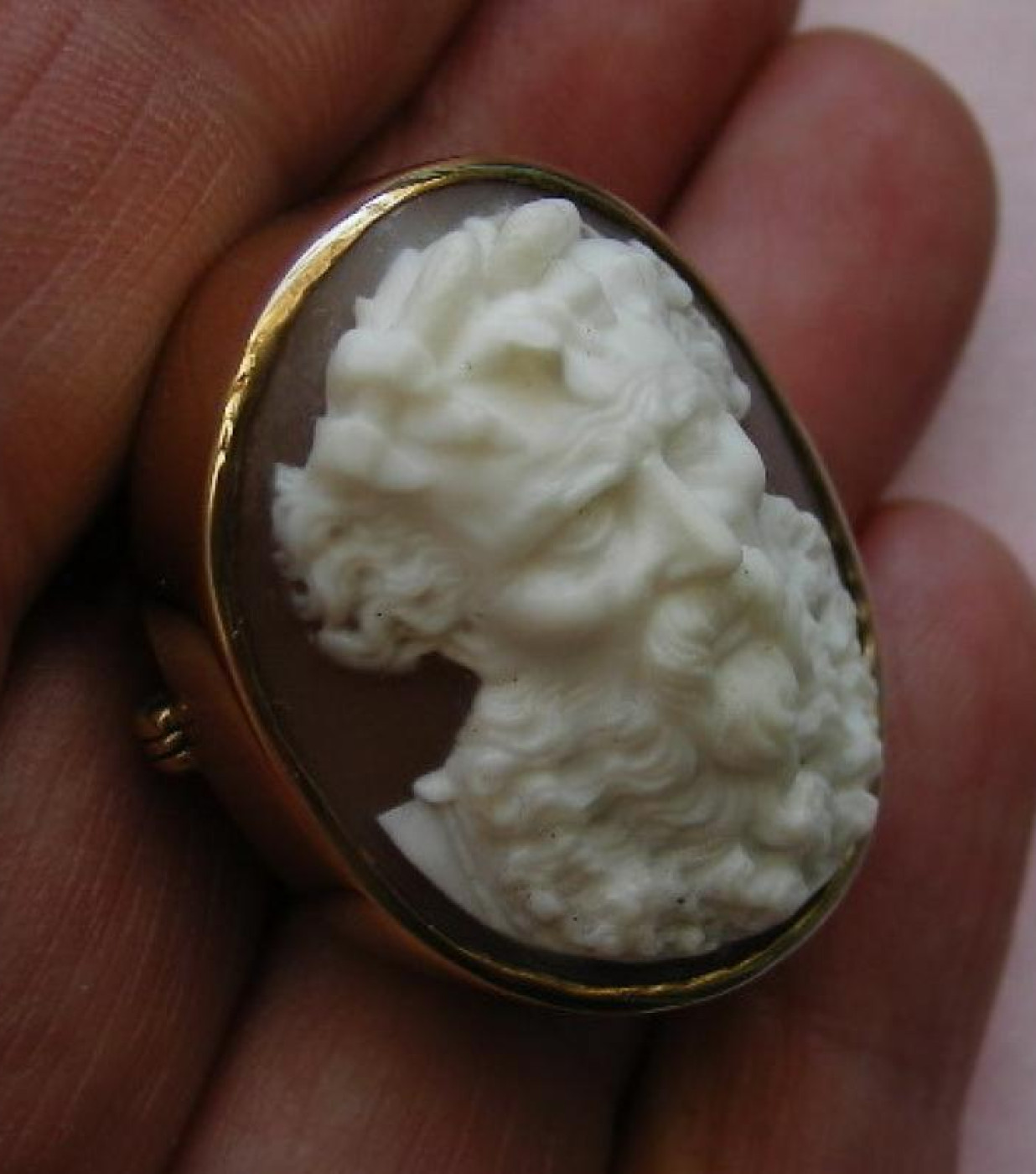 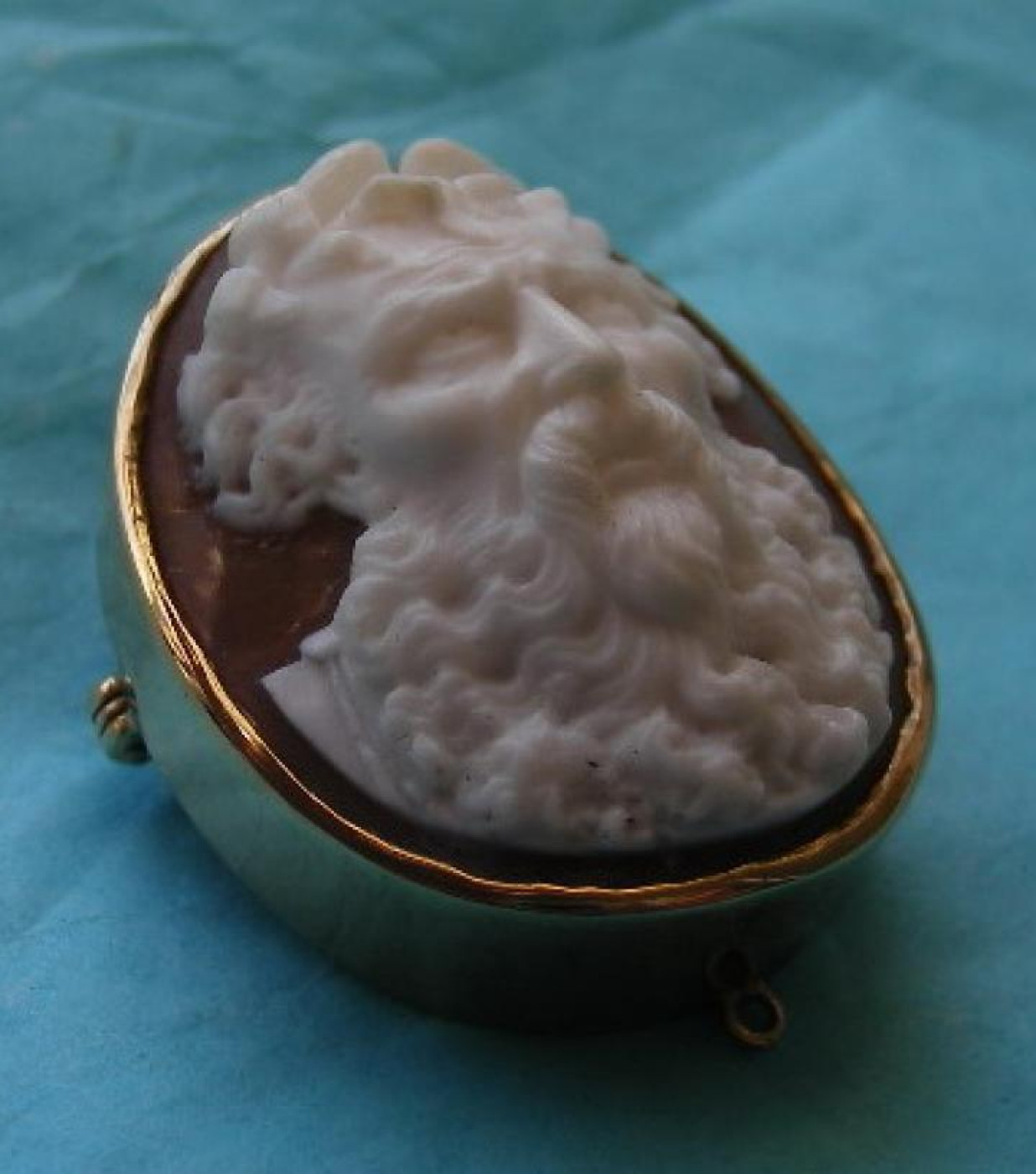 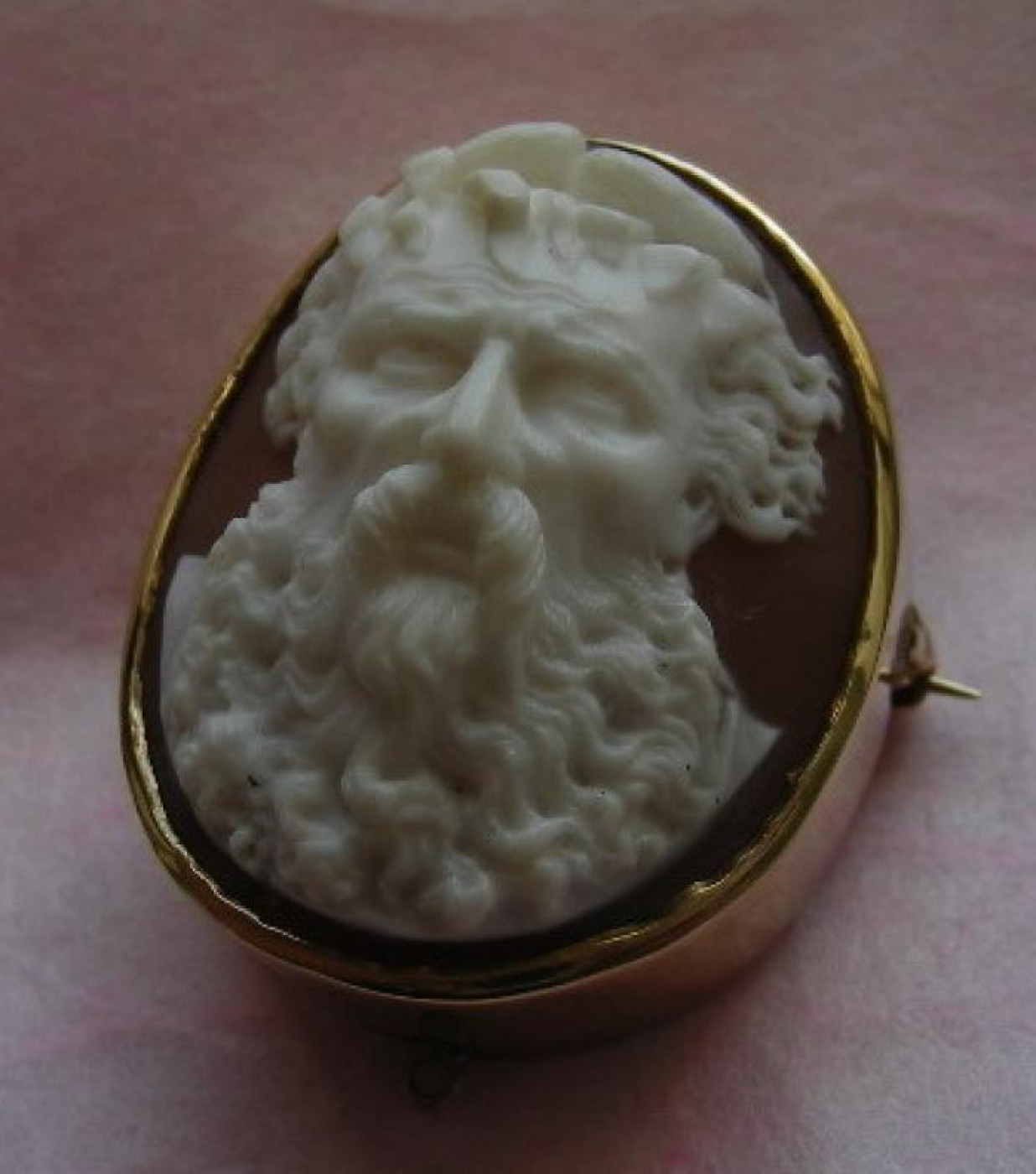 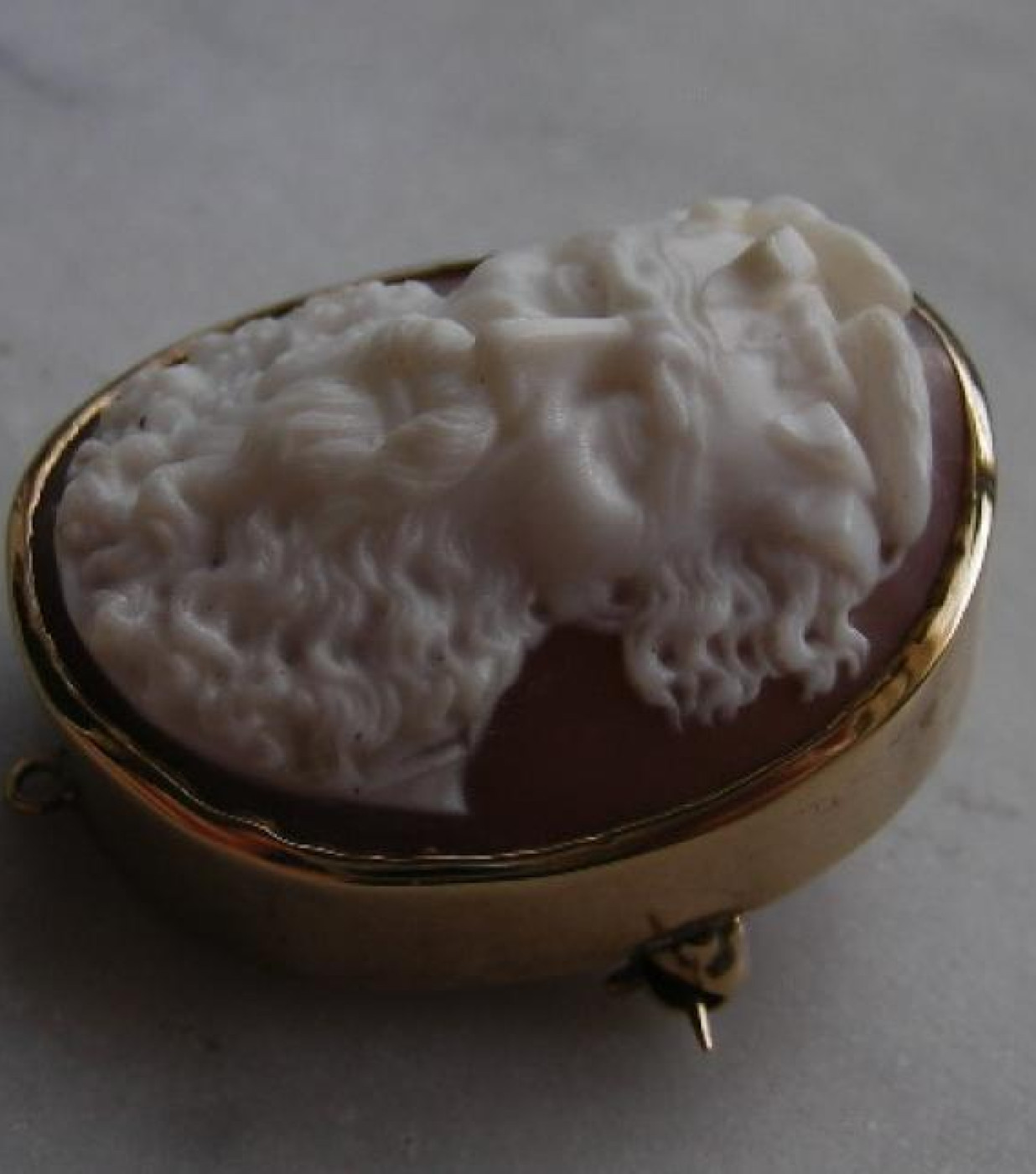 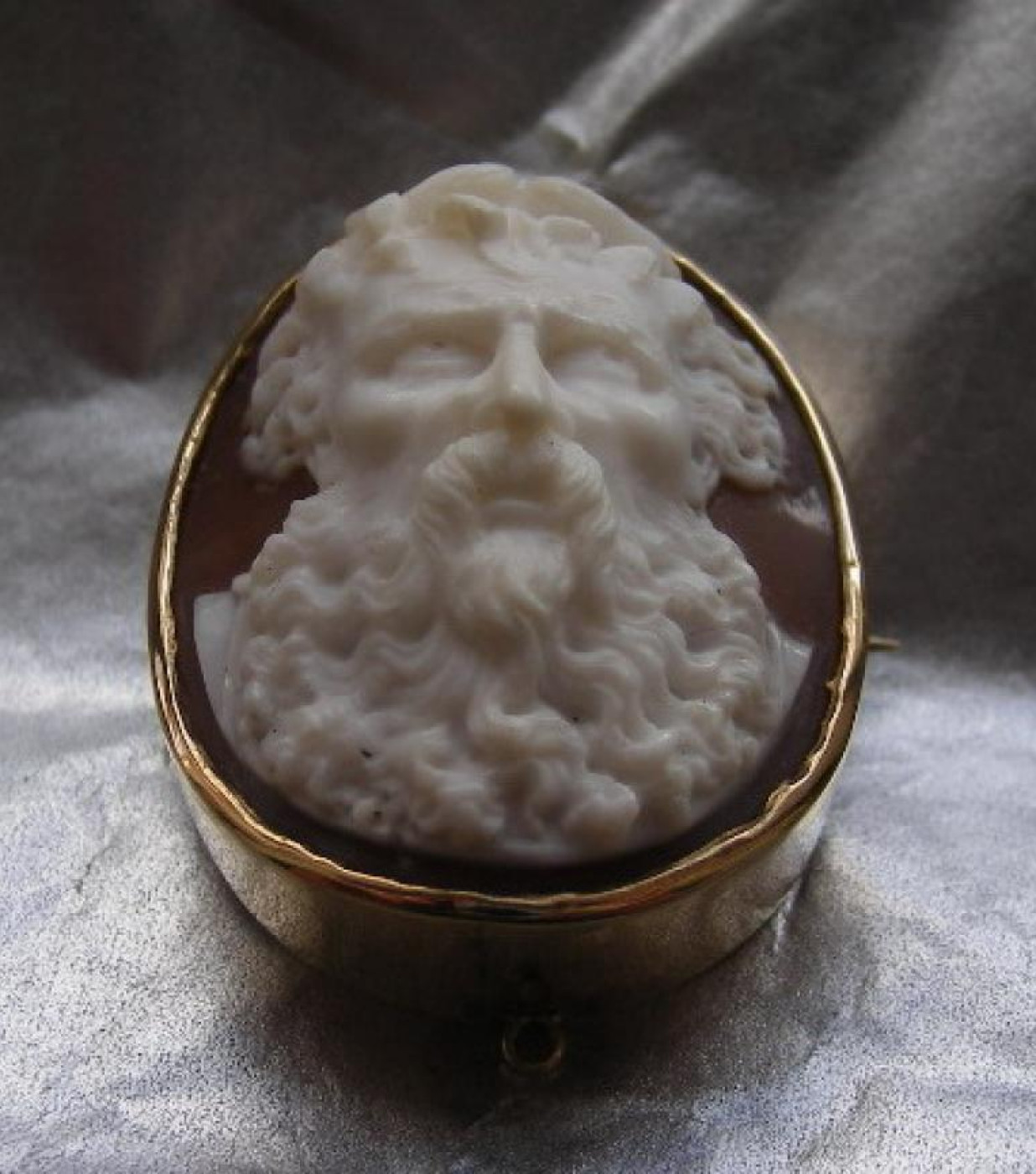 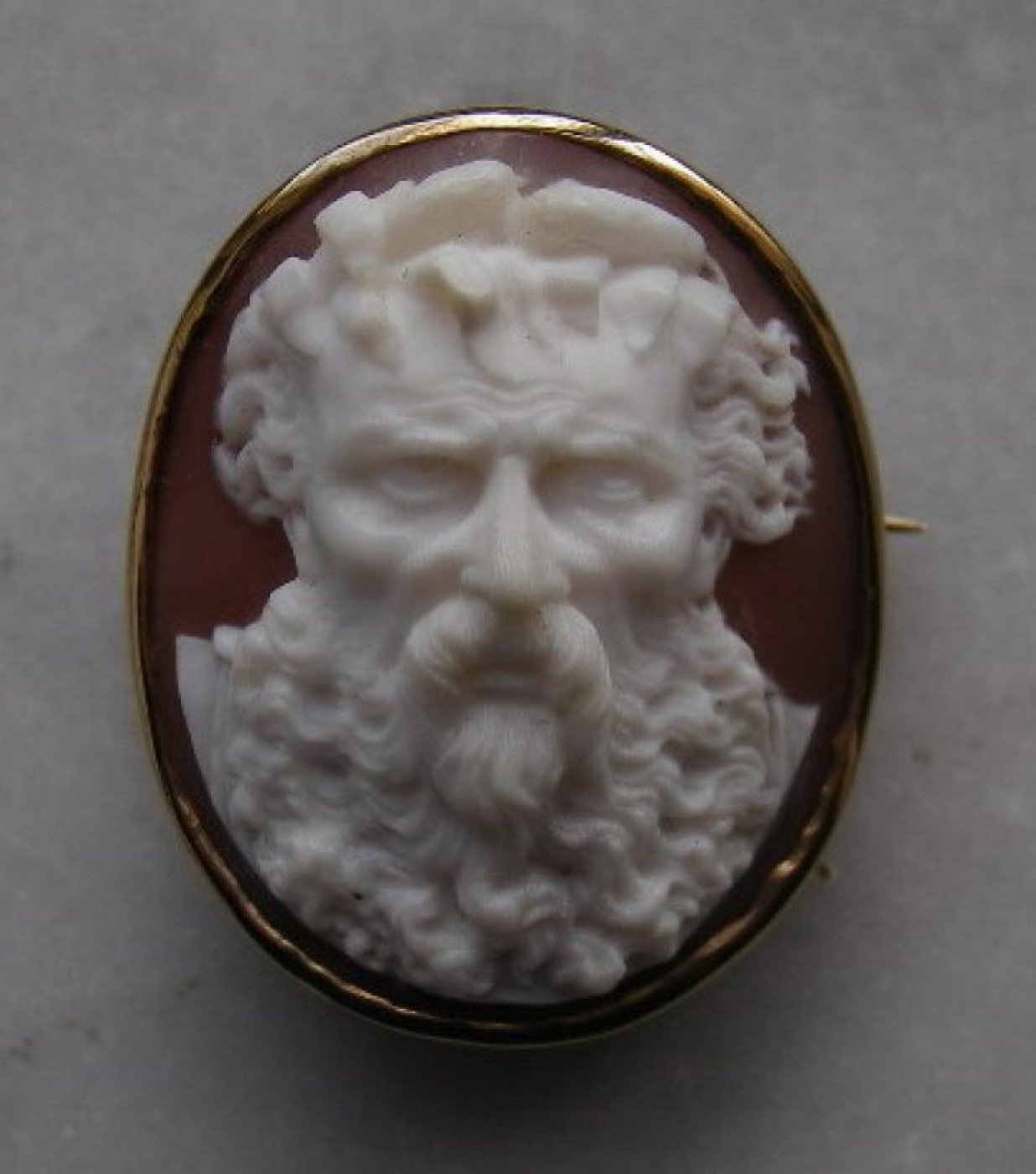 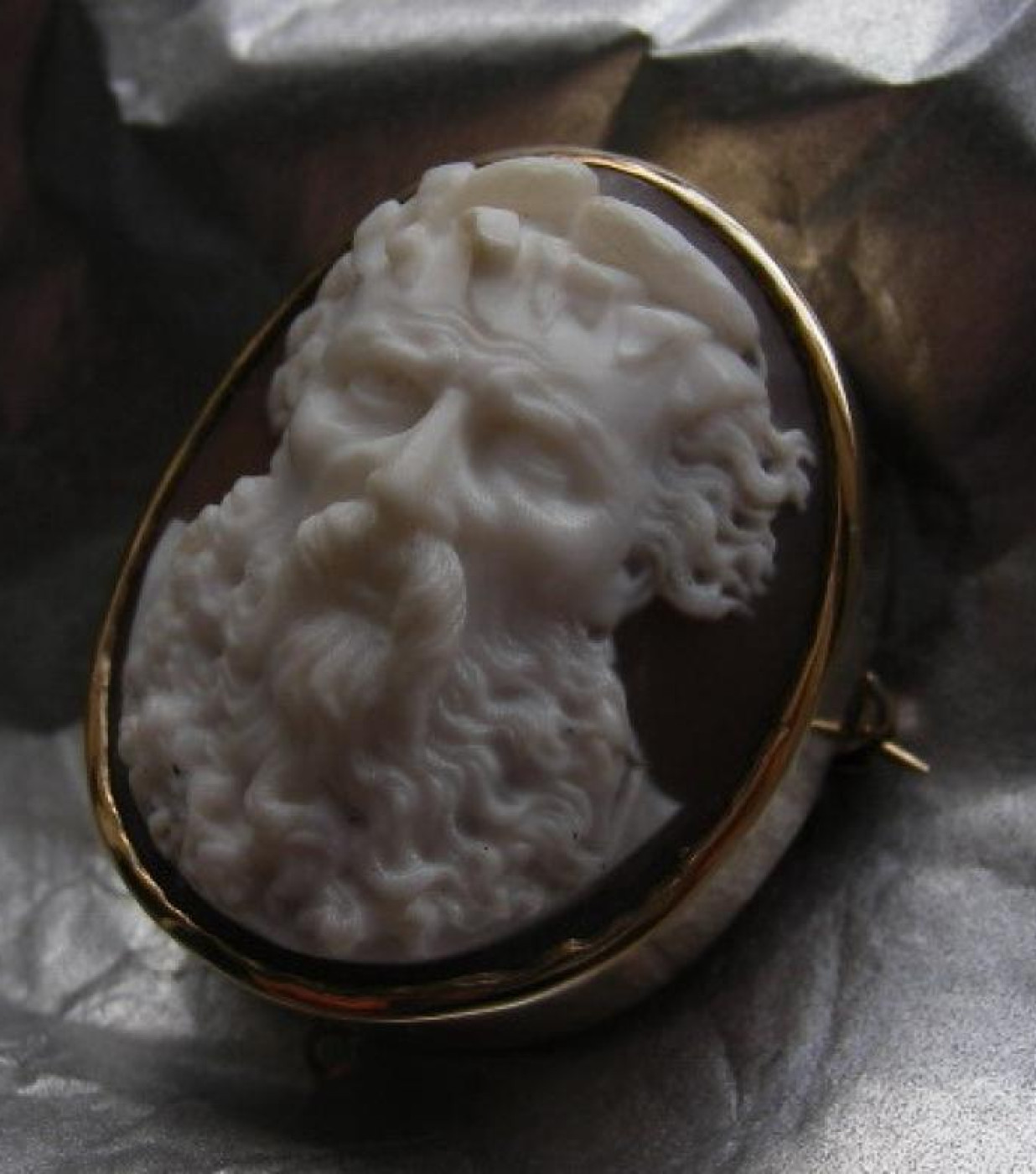 Museum Quality and rarest cameo depicting the God Poseidon shown in front face. Poseidon is rare as a cameo subject and finding a front face one is even harder. The carving is three dimensional and the face of the God shows all of his force. Note his crown that is made of sea waves. All the details are amazing, and the expression of his face is strong and resolute. It is simply breathtaking. The pictures really don't give any justice to this cameo, seen in person it is really amazing. Looking at his face with a loupe you can see even the smallest wrinkles around his eyes, all the muscles of his face and the wonderful works on his beard and hair. Being this a small cameo the carving is really outstanding. You know that is harder to make a crisp carving on a small surface than making the same carving on a larger one.This is with no doubt one of most beautiful cameo I have ever handled, the pictures speak by themselves. This is another masterly carved cameo, not to be missed. A very desirable collectors piece, rare and museum quality cameo.