Leda and the Swan 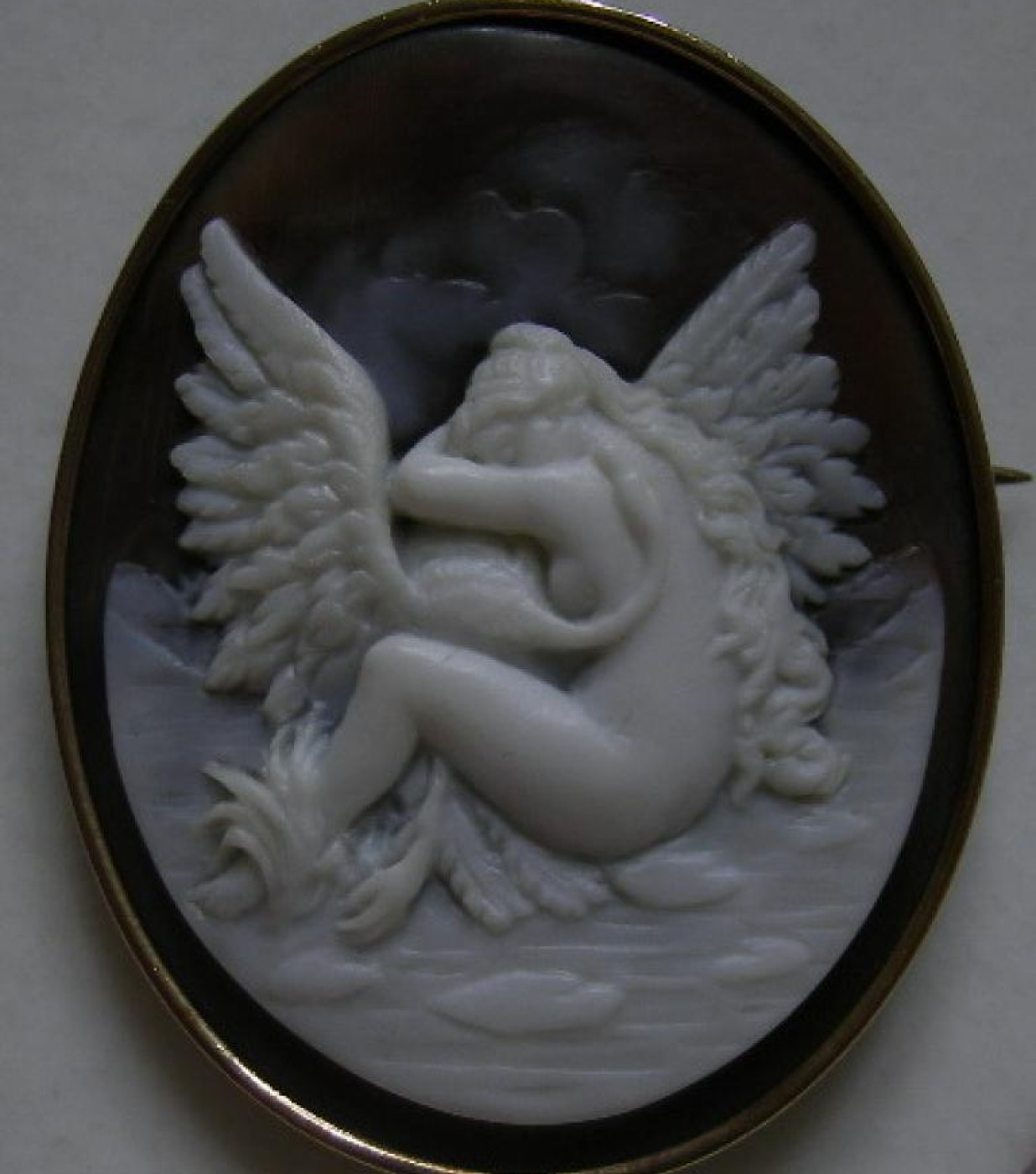 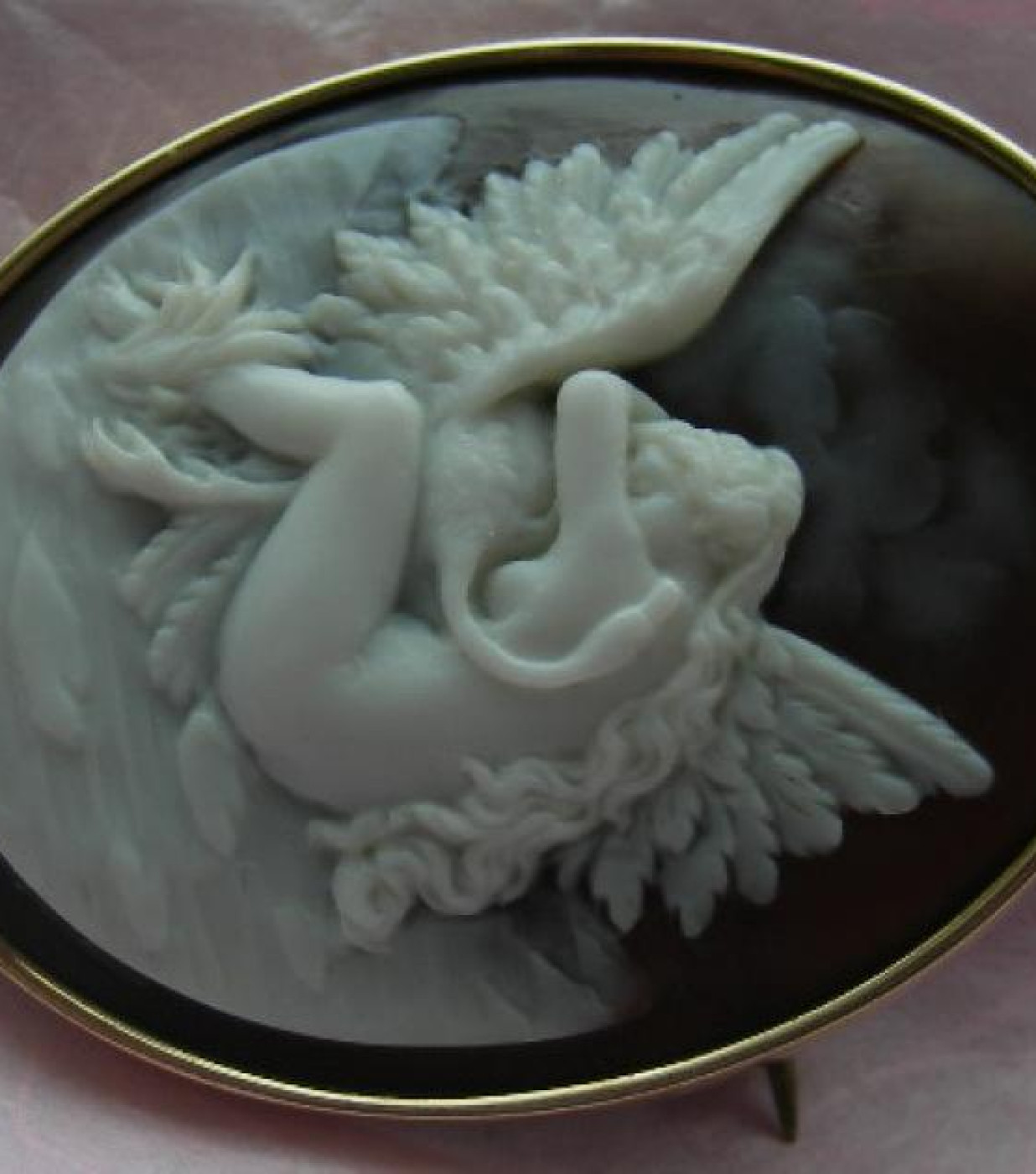 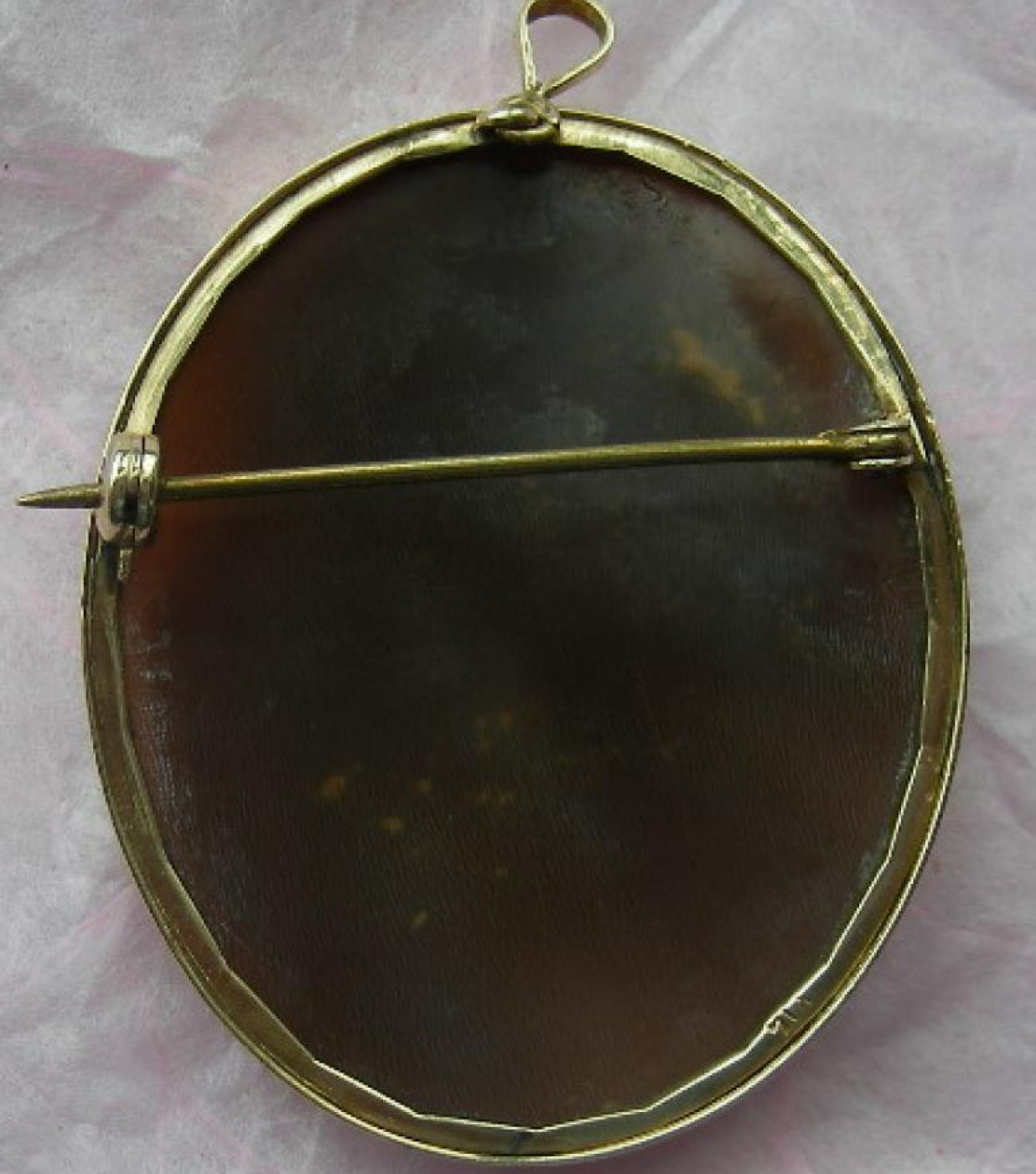 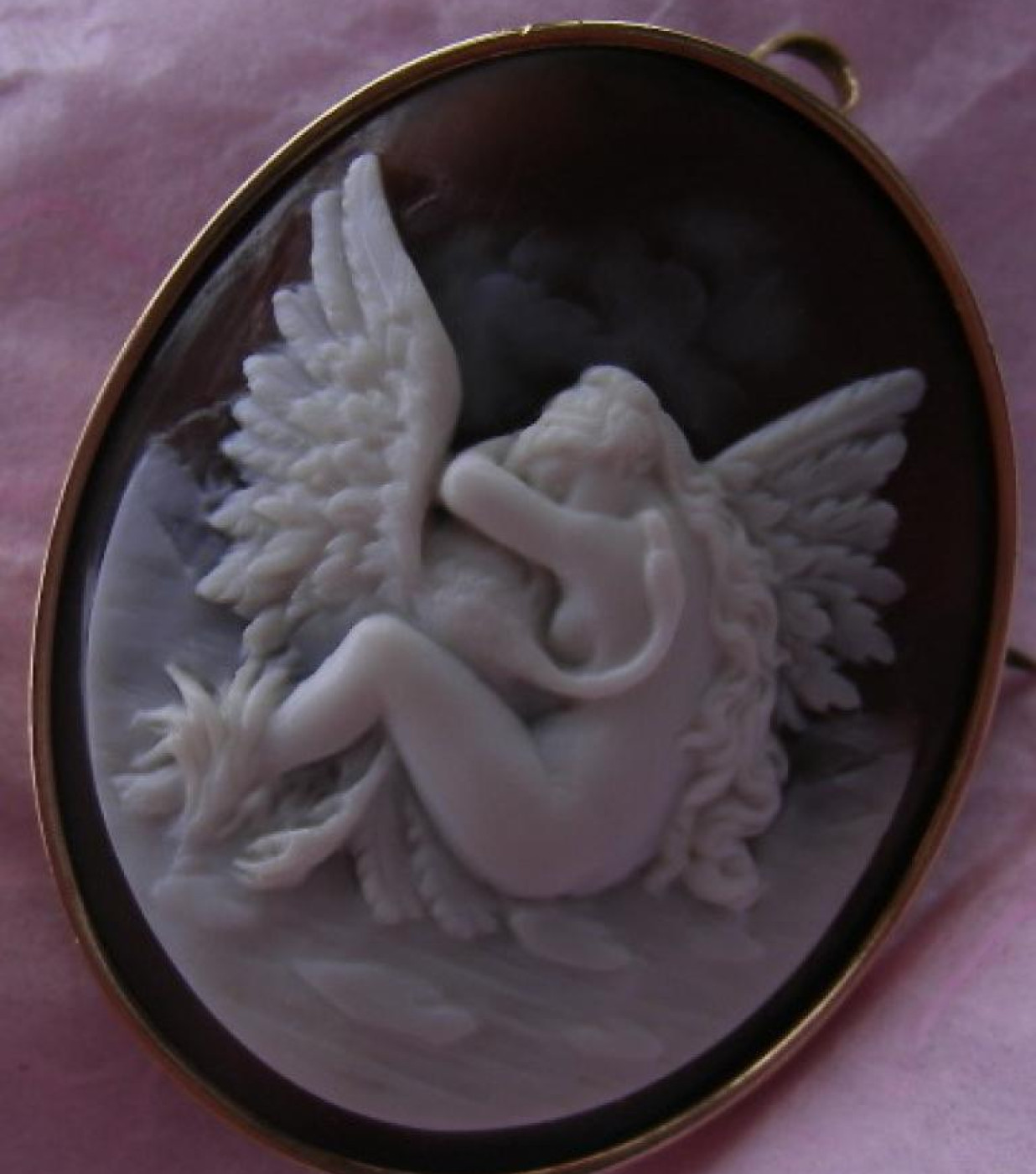 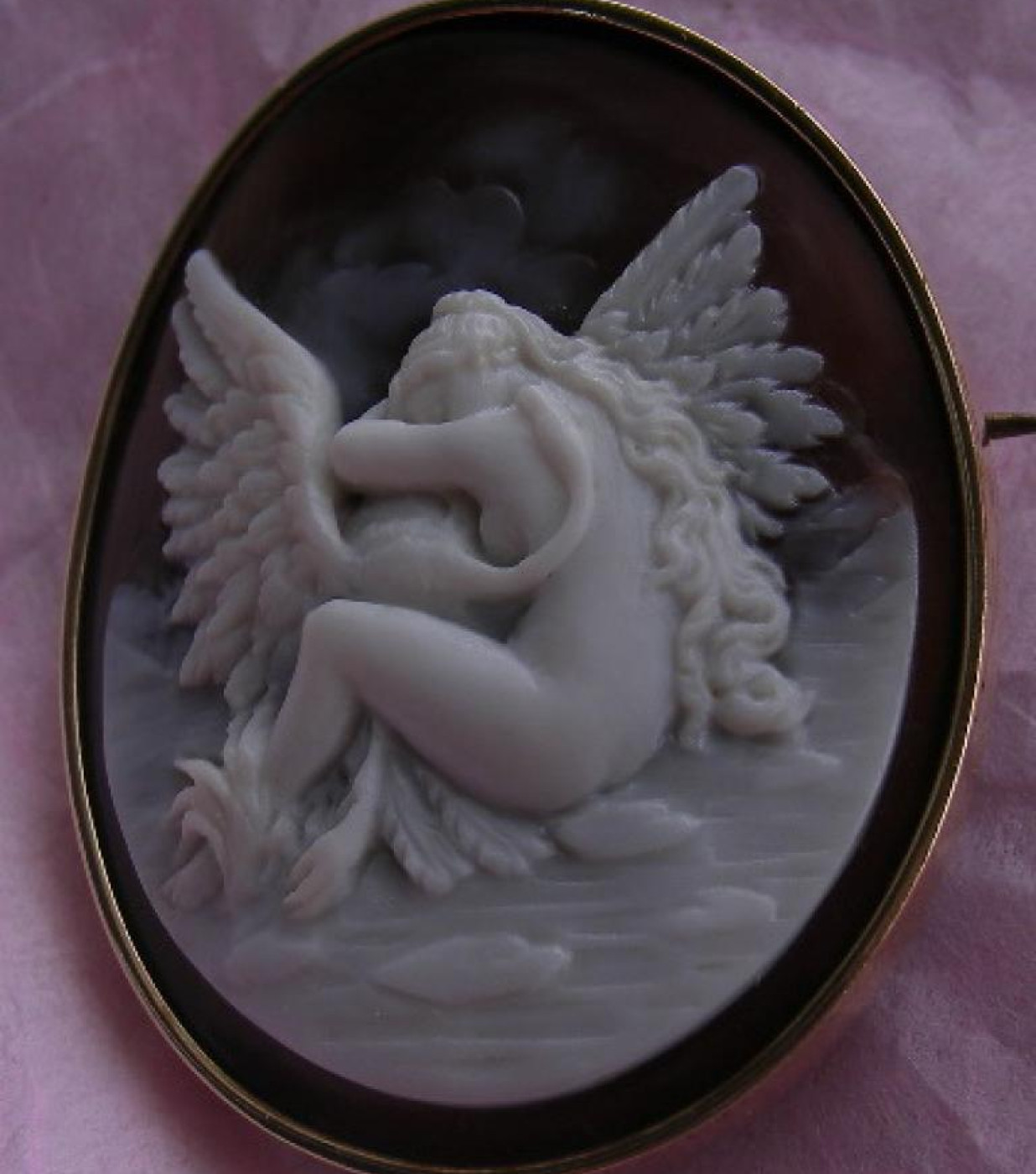 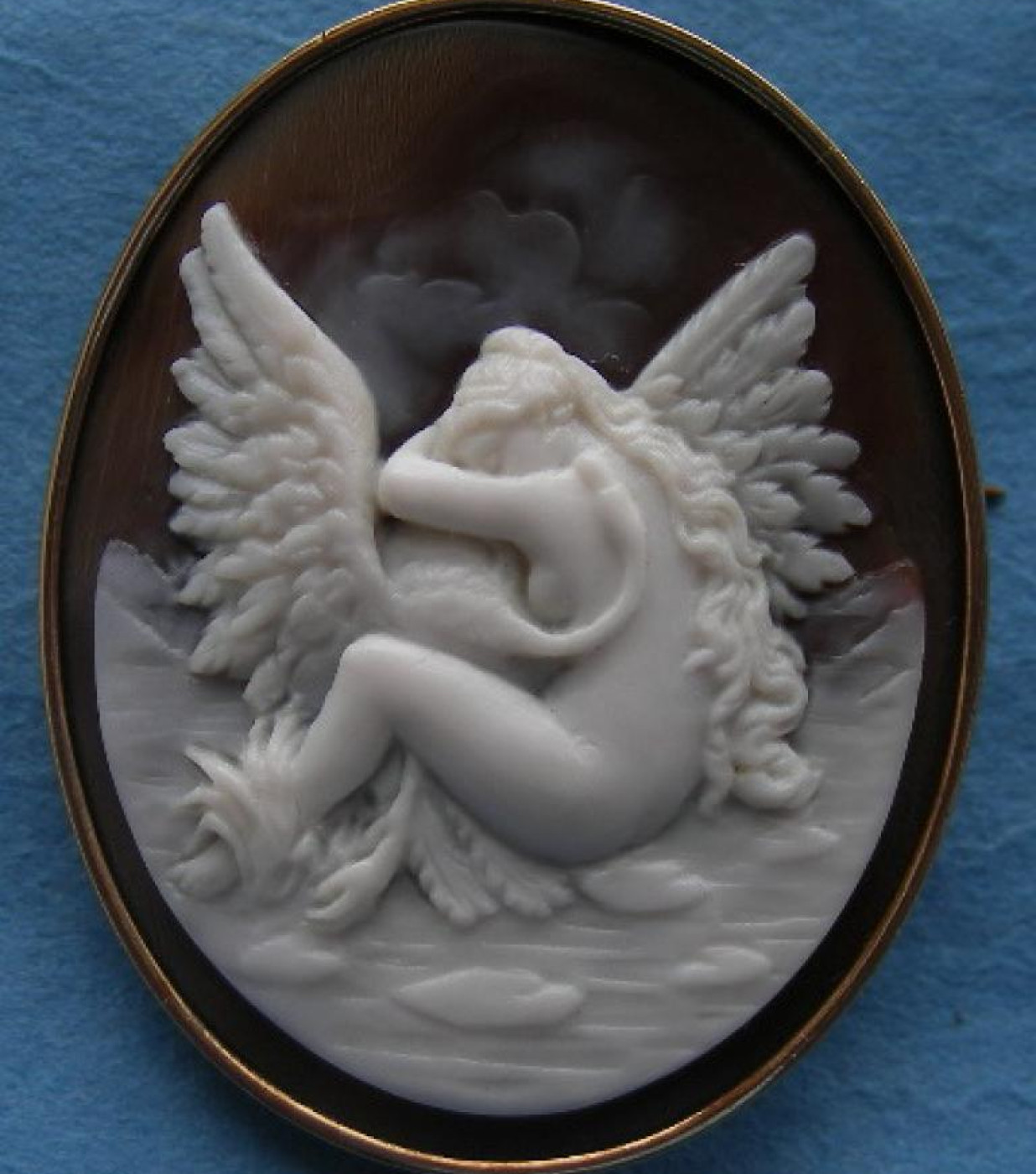 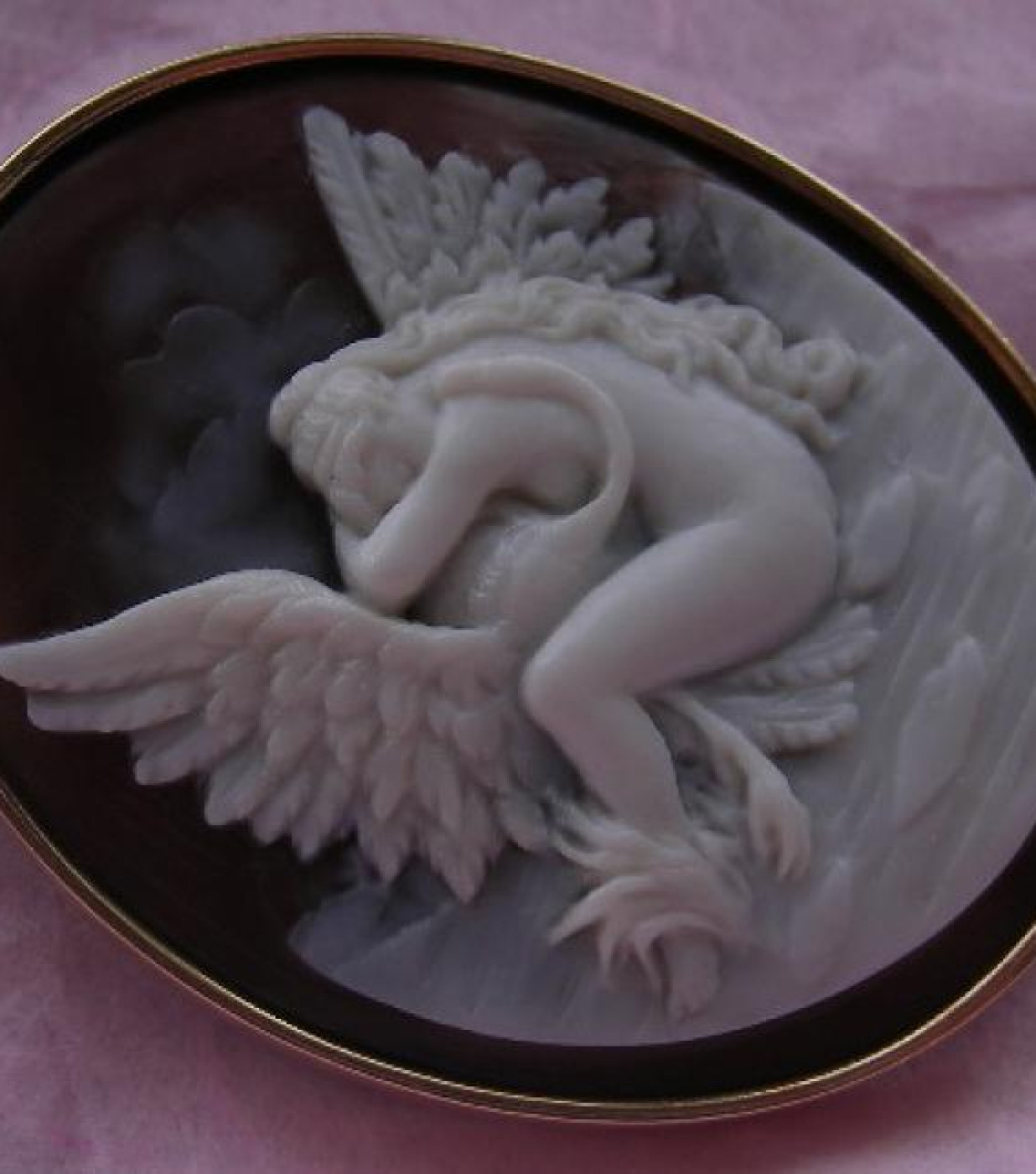 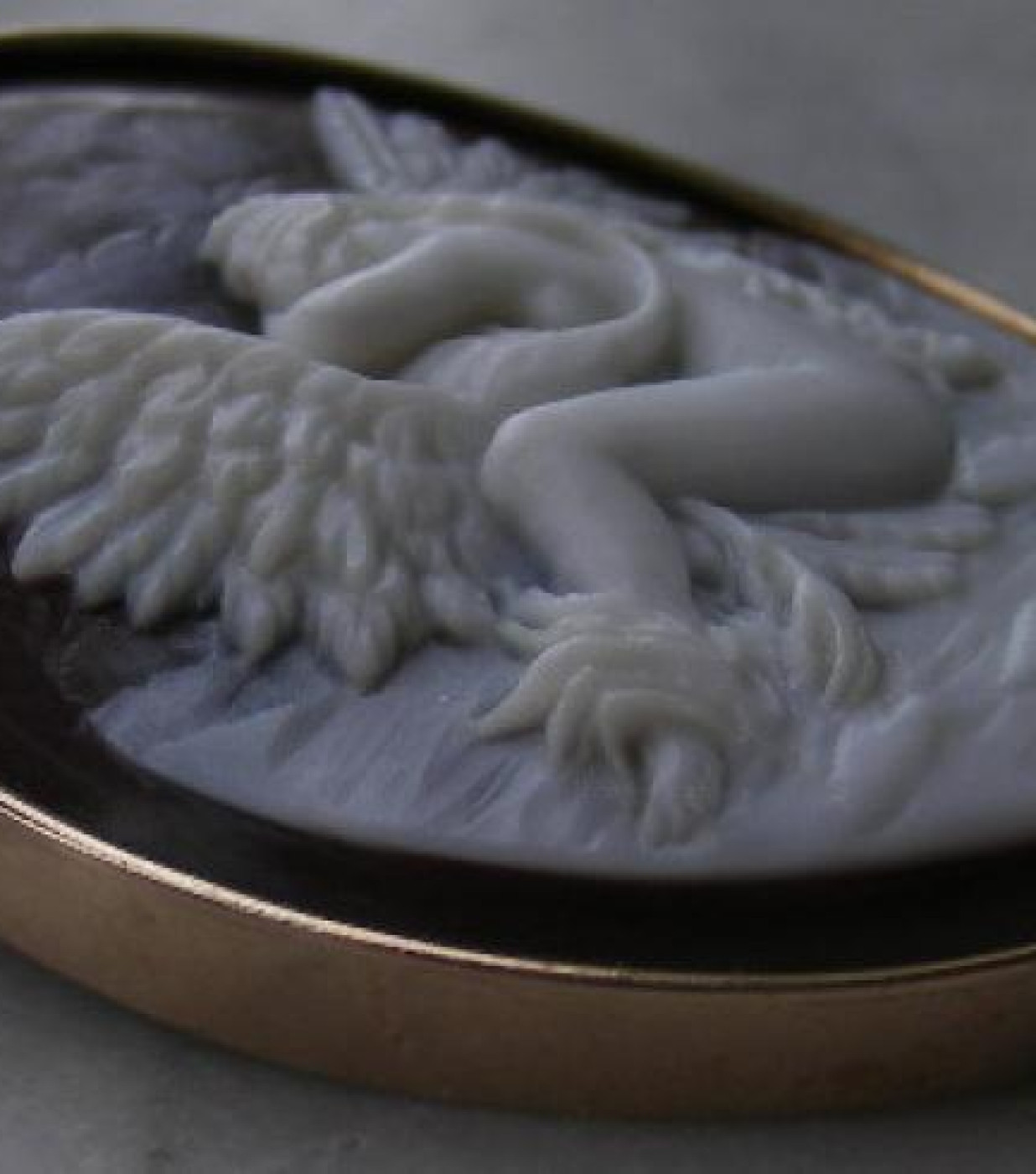 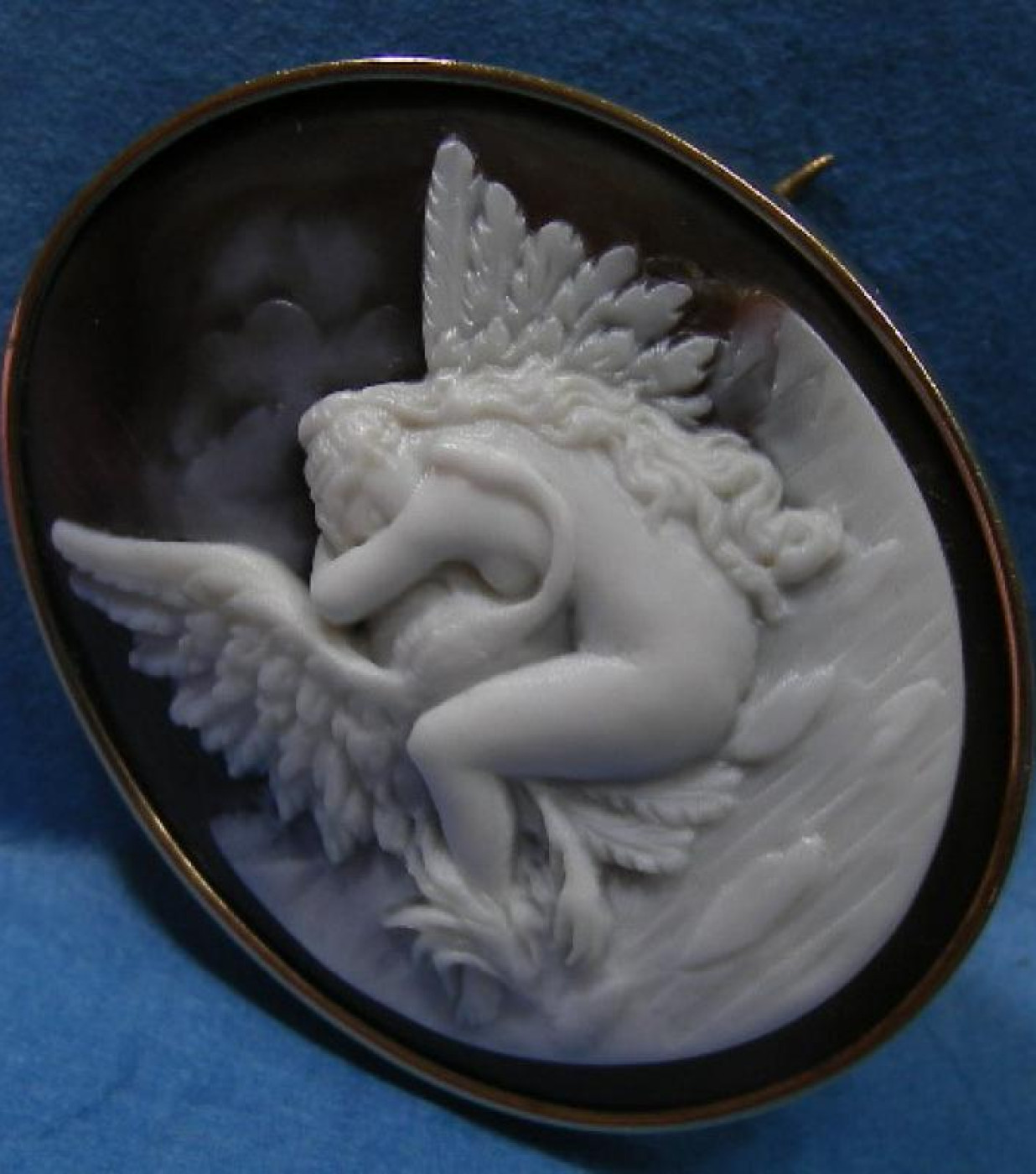 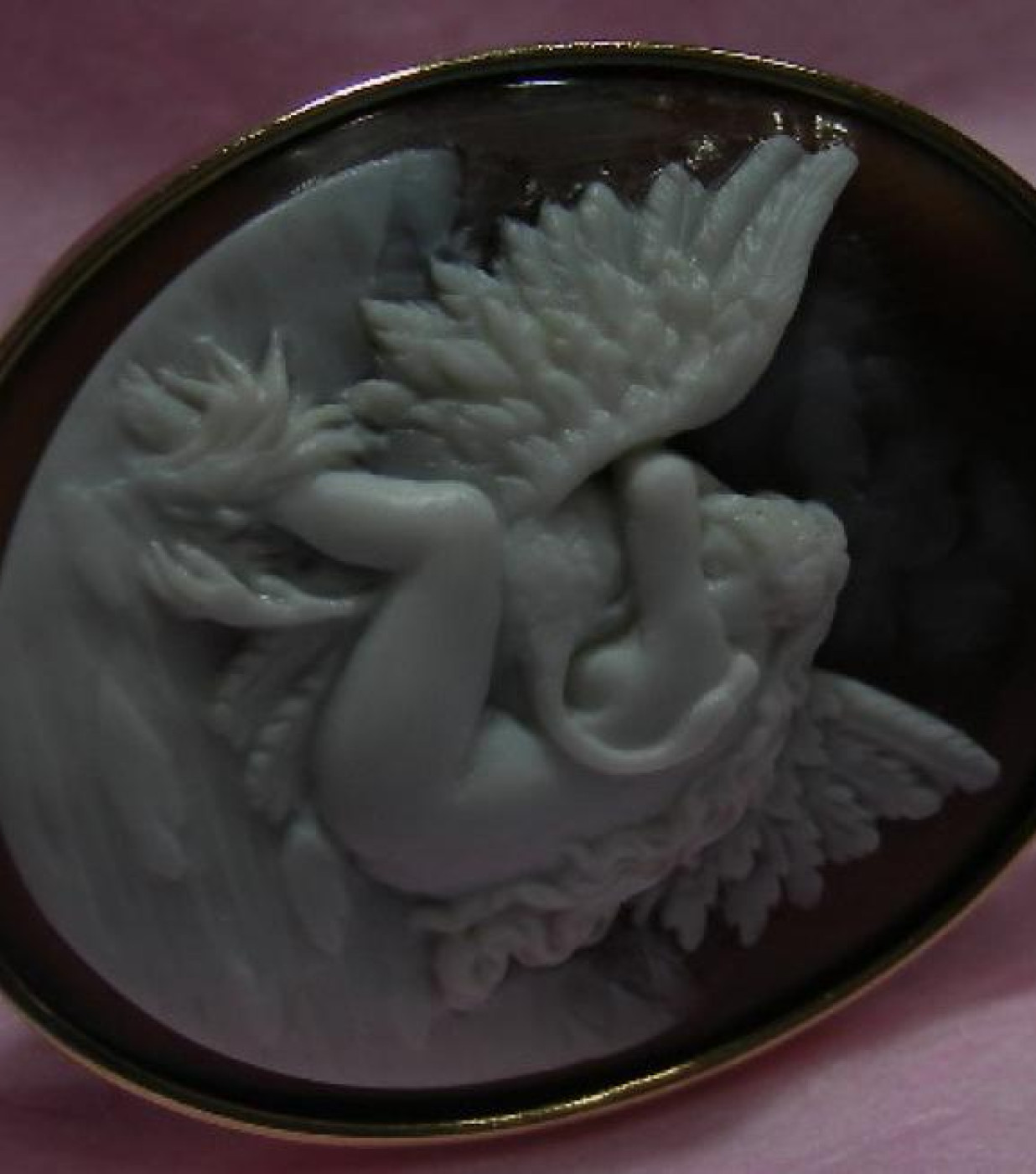 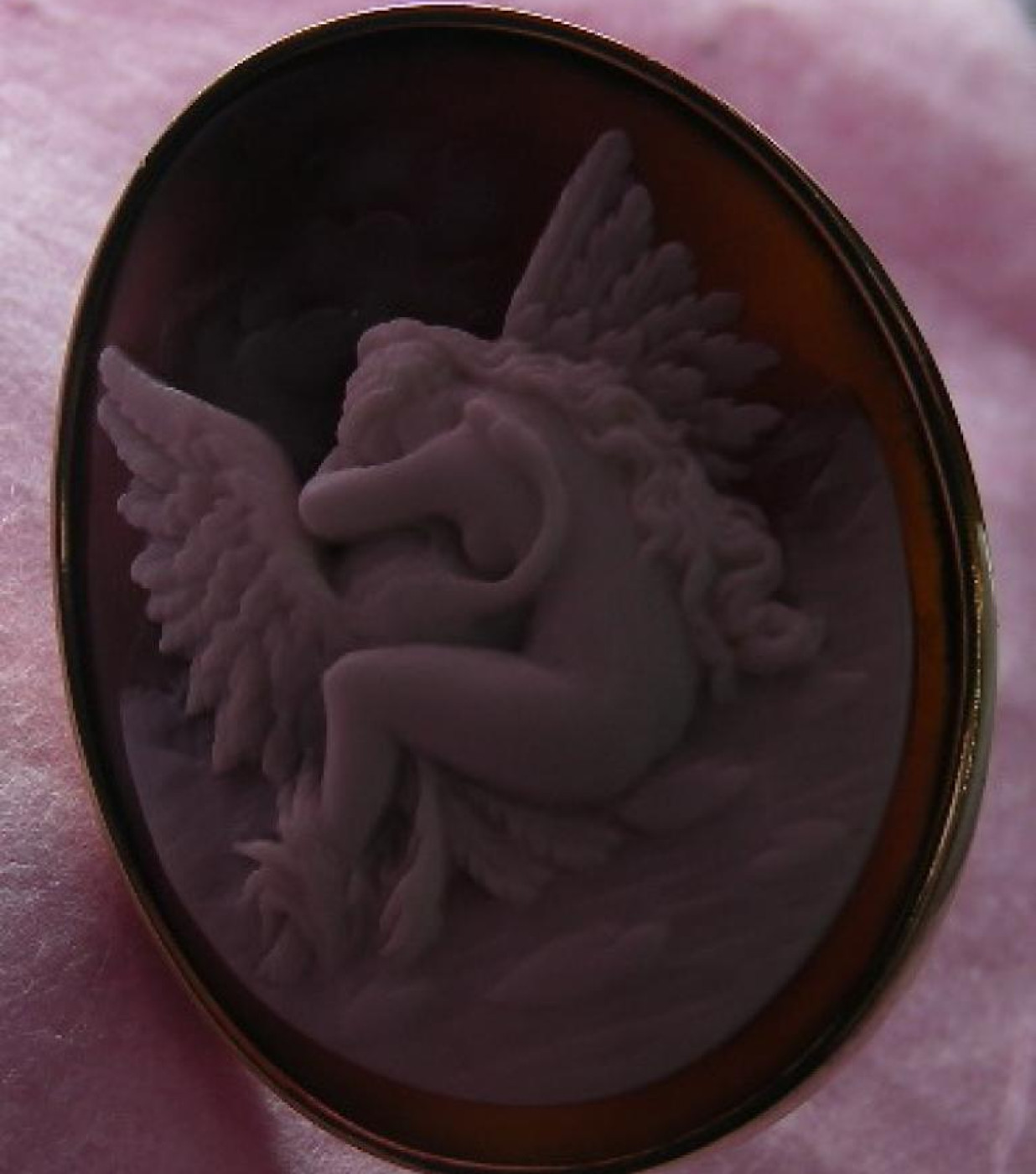 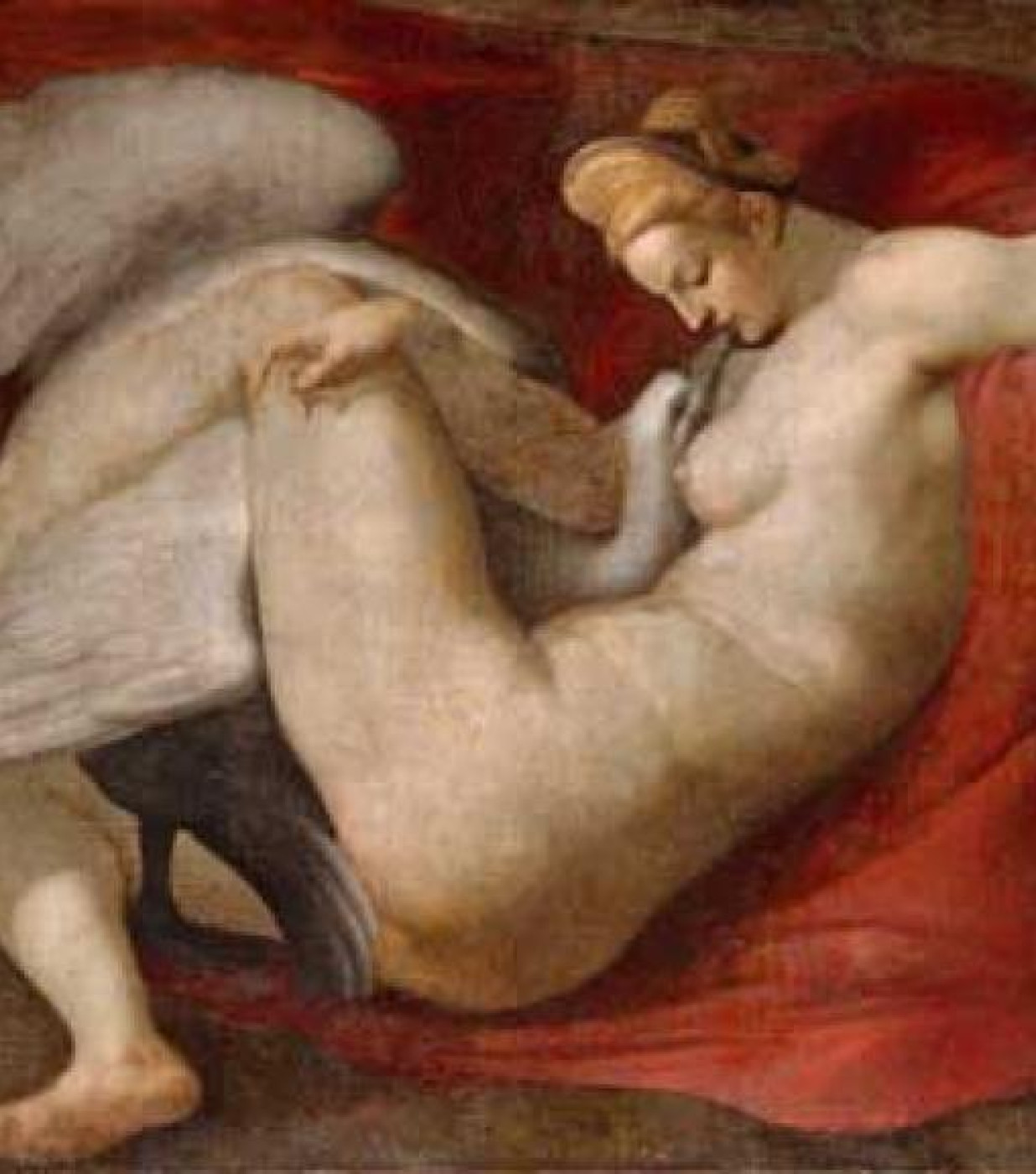 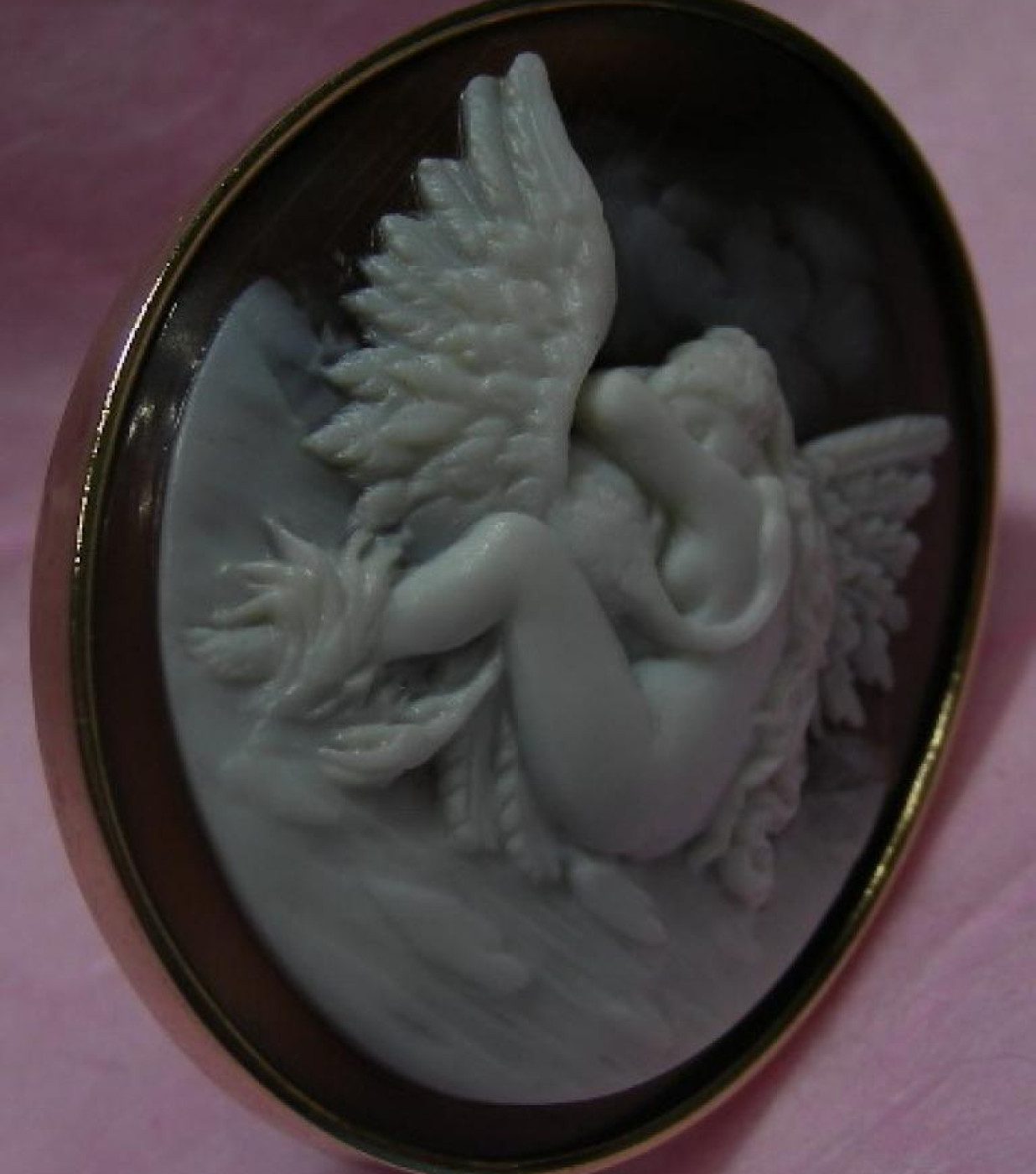 ANTIQUE, MAGNIFICENT, MORE THAN QUALITY CAMEO DEPICTS LEDA AND THE SWAN, THE CARVING IS PERFECT, REAL MUSEUM QUALITY CAMEO. LOOK AT THE WINGS OF THE SWANS, THE HAIR OF LEDA, EVERYTHING IN THIS CAMEO IS MASTERFULLY CARVED, AMAZING.  IT IS IN MINT CONDITIONS, NO  CRACKS OR STRESS LINES, CAMEOS IS CARVED ON VERY DARK SARDONYX SHELL, IT IS DARKER BROWN. THE CAMEO IS VERY HIGH RELIEVED, AS YOU CAN SEE IN THE PICTURES, WONDERFUL CAMEO, LOOK AT THE DETAILED CARVING, PERFECT, DESPITE OF THE NOT TOO LARGE SIZE. COLLECTORS KNOW THAT A PERFECT CARVING IS HARD TO DO ON A SMALL SIZE CAMEOS, THIS ONE OF COURSE, IS A REAL RARITY. A REAL WORK OF ART. VERY DESIRABLE COLLECTORS PIECE.
A bit of history:
Leda and the Swan is a motif from Greek mythology, in which Zeus came to Leda in the form of a swan. According to later Greek mythology, Leda bore Helen and Polydeuces, children of Zeus while at the same time bearing Castor and Clytemnestra, children of her husband Tyndareus, the King of Sparta As the story goes, Zeus took the form of a swan and raped or seduced Leda on the same night she slept with her husband, King Tyndareus. In some versions, she laid two eggs from which the children hatched. In other versions, Helen is a daughter of Nemesis, the goddess who personified the disaster that awaited those suffering from the pride of Hubris.The motif was rarely seen in the large-scale sculpture of antiquity, although Timotheos is known to have represented Leda in sculpture small-scale examples survive showing both reclining and standing poses, in cameos and engraved gems, rings, and terracotta oil lamps. Thanks to the literary renditions of Ovid and Fulgentius it was a well-known myth through the Middle Ages, but emerged more prominently as a classicizing theme, with erotic overtones, in the Italian Renaissance.