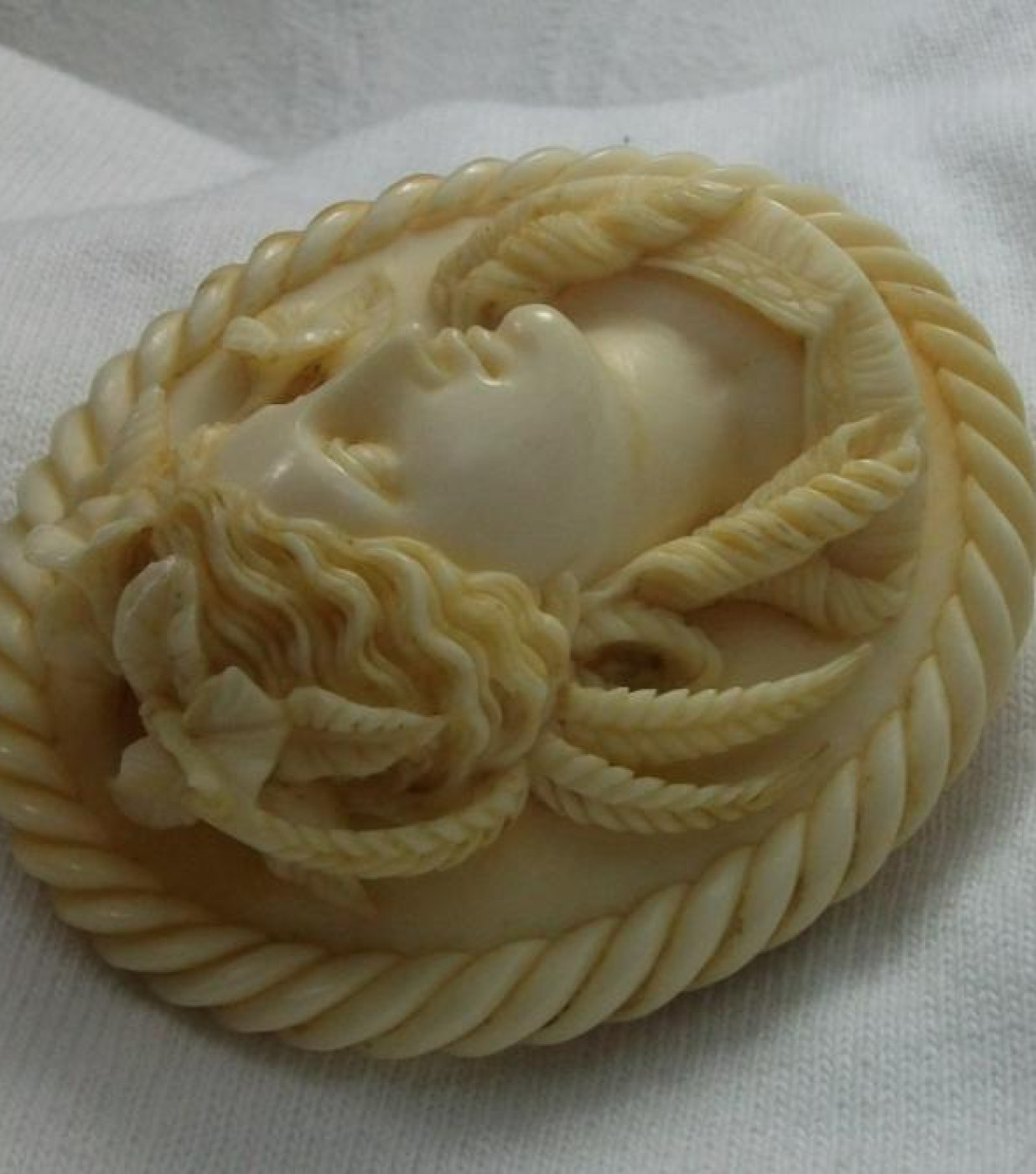 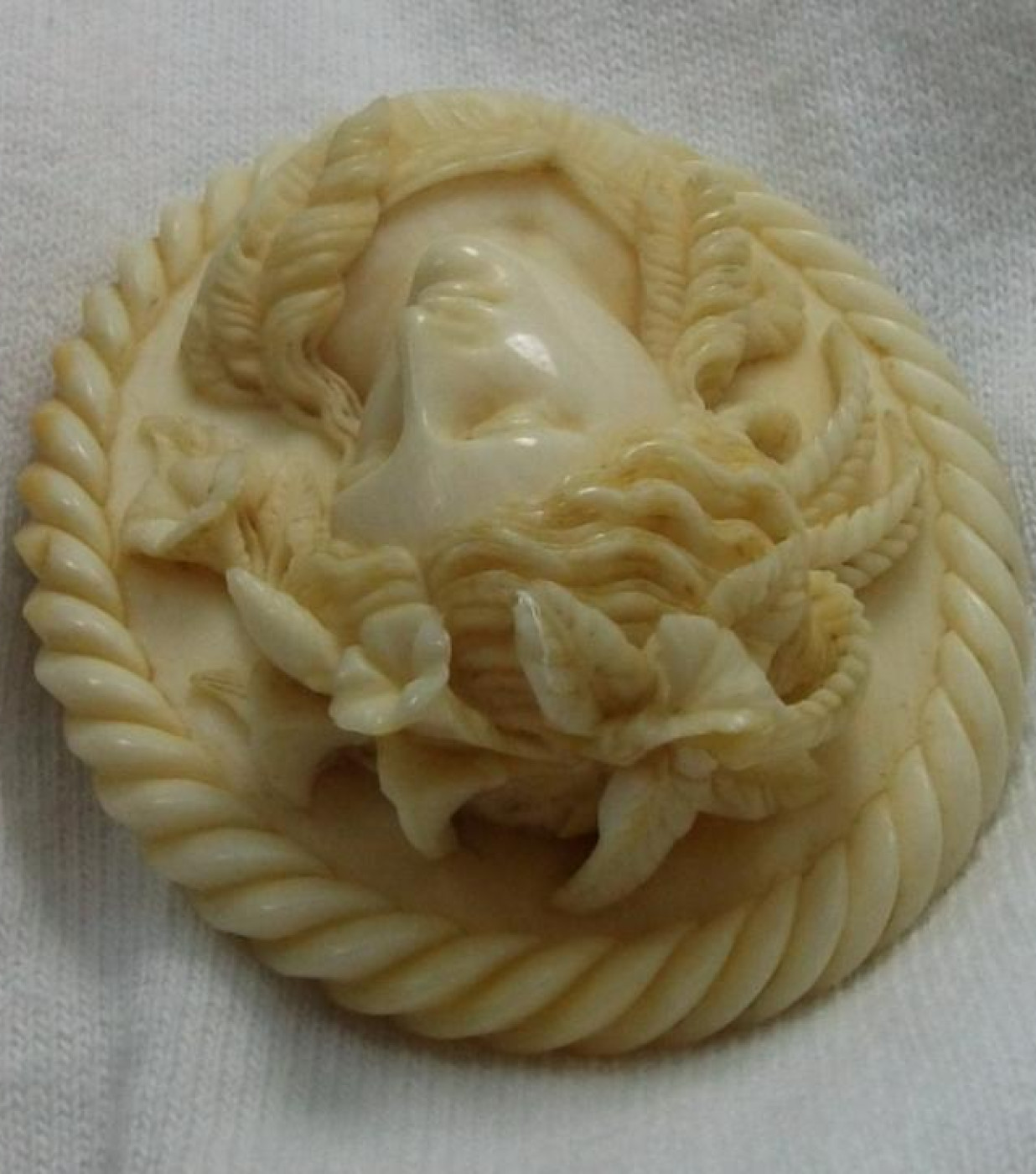 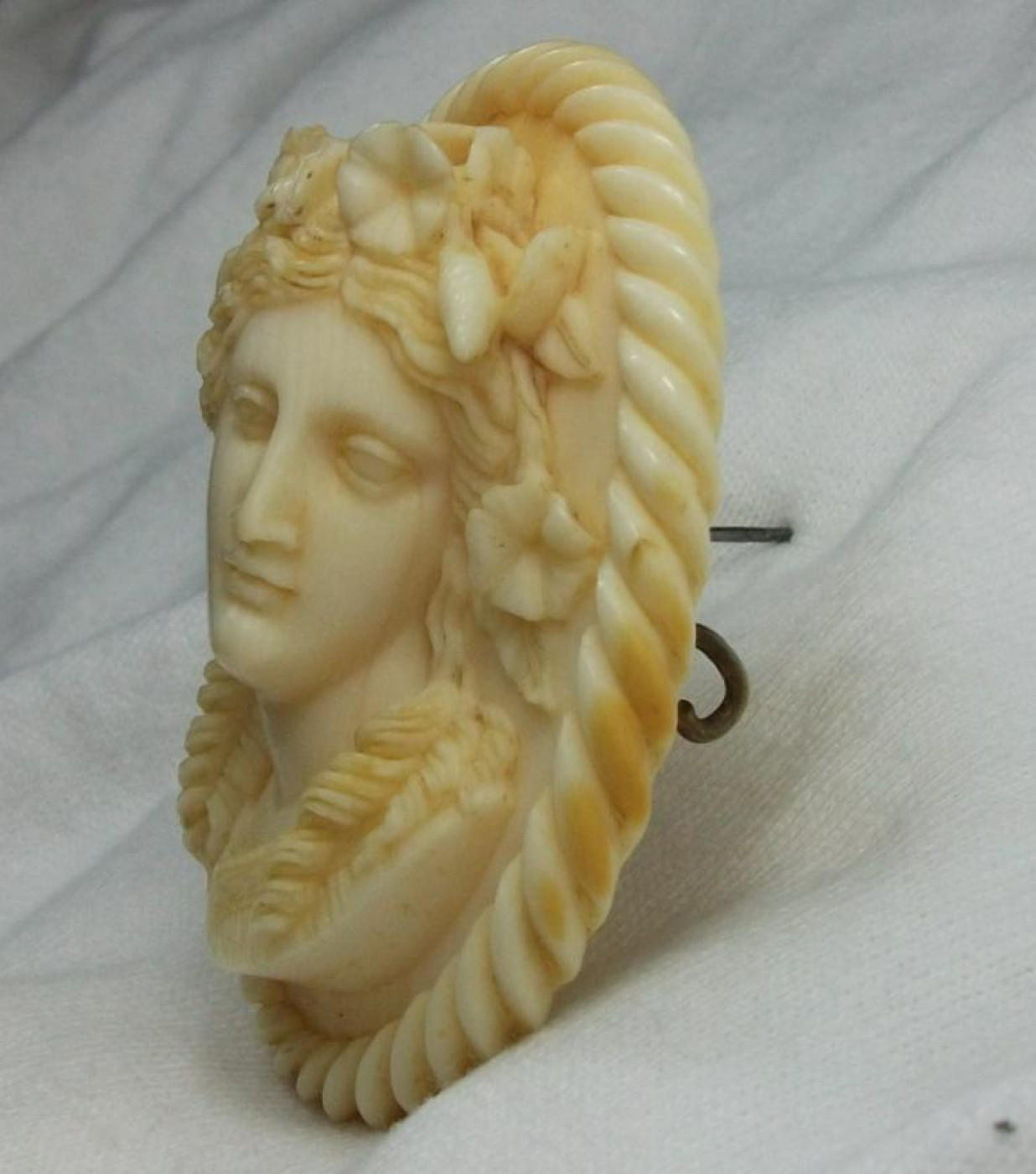 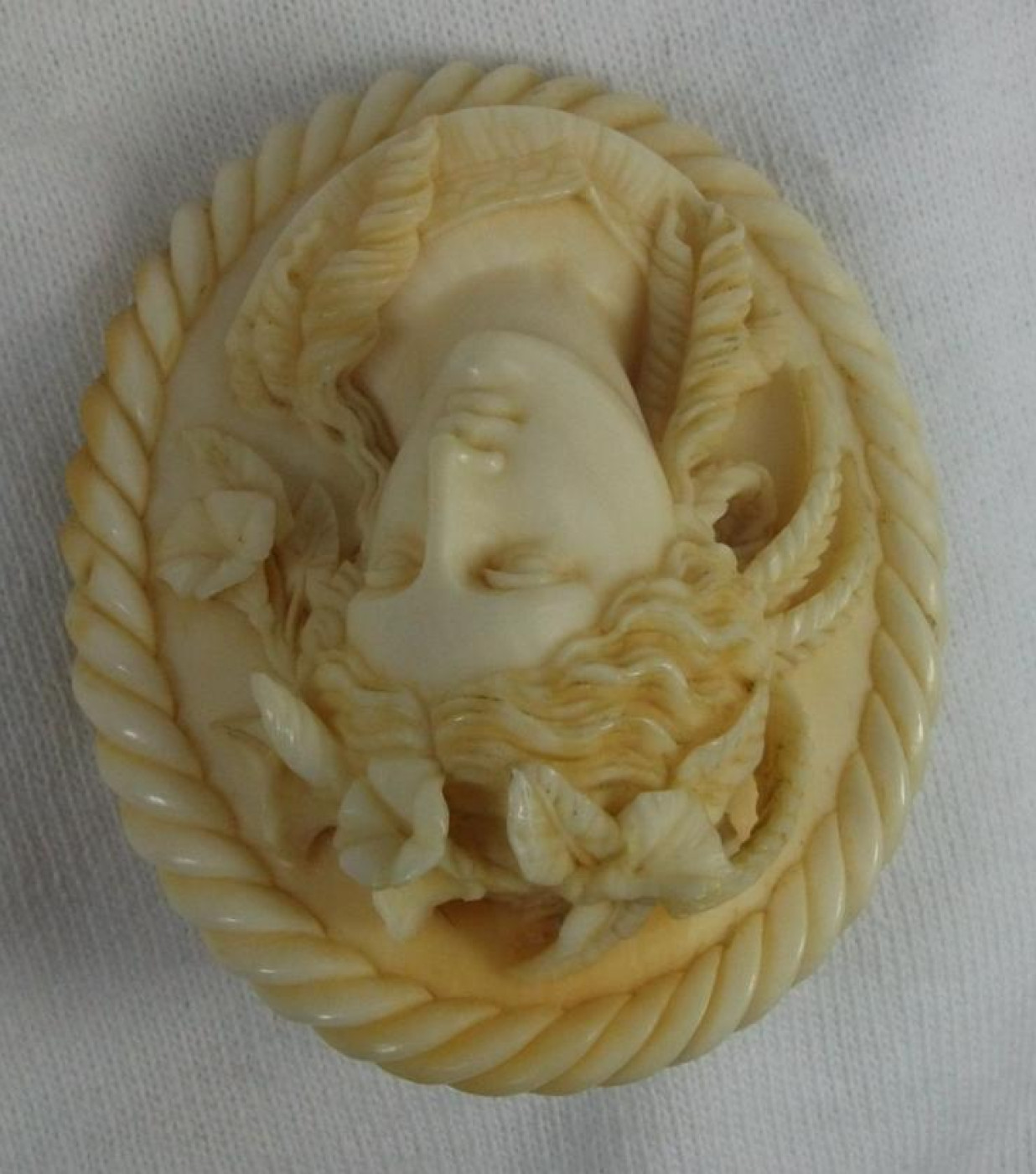 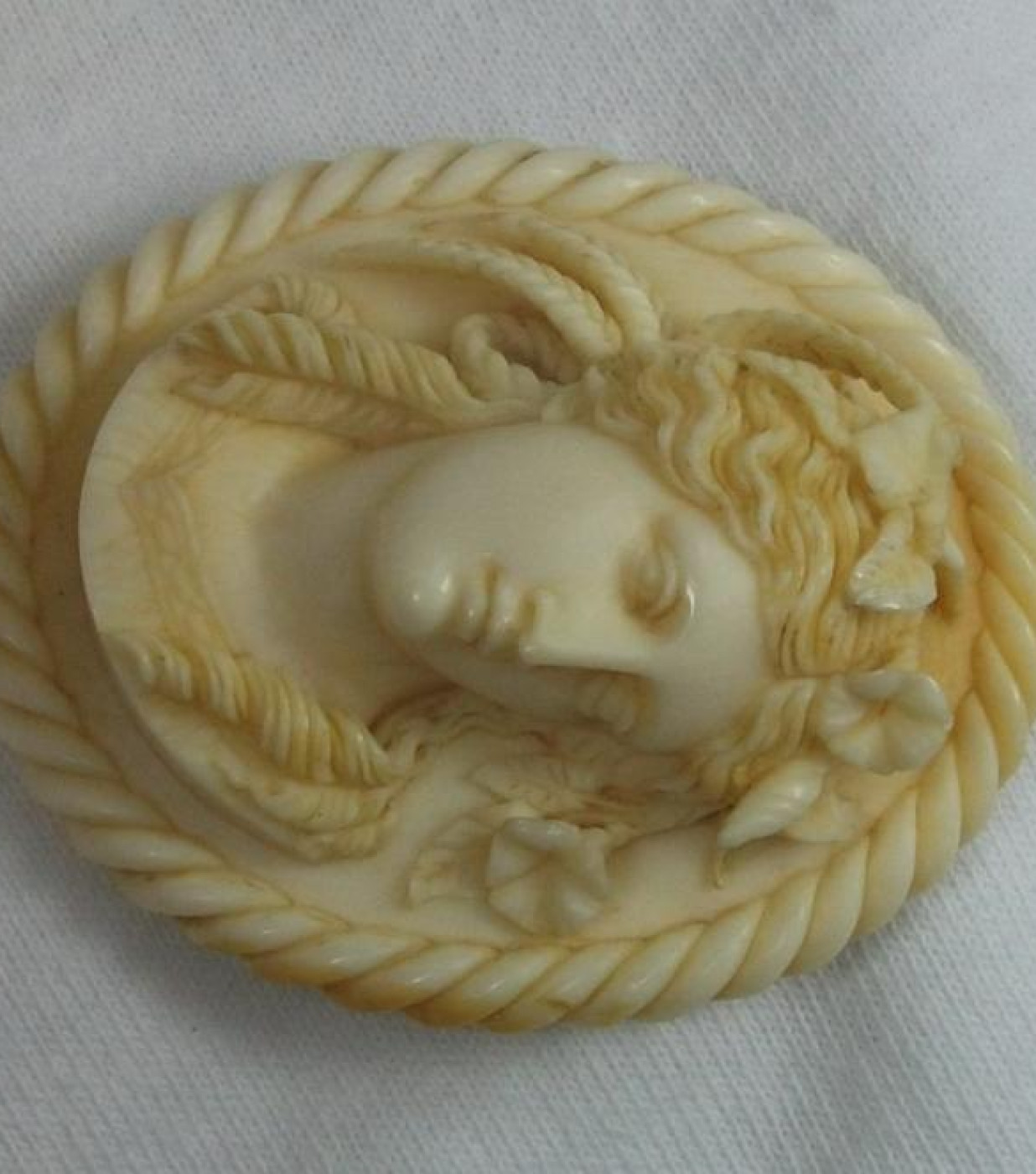 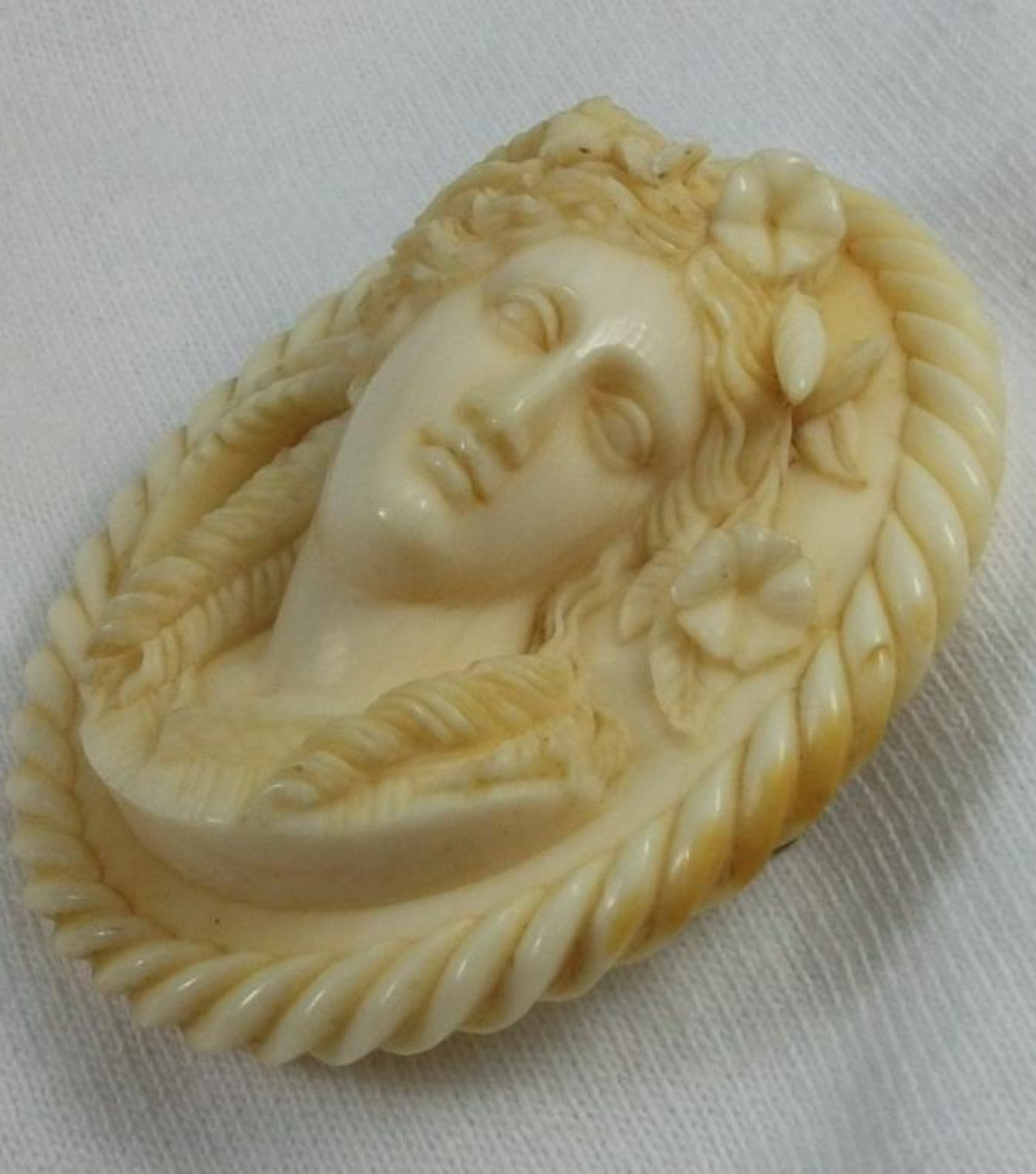 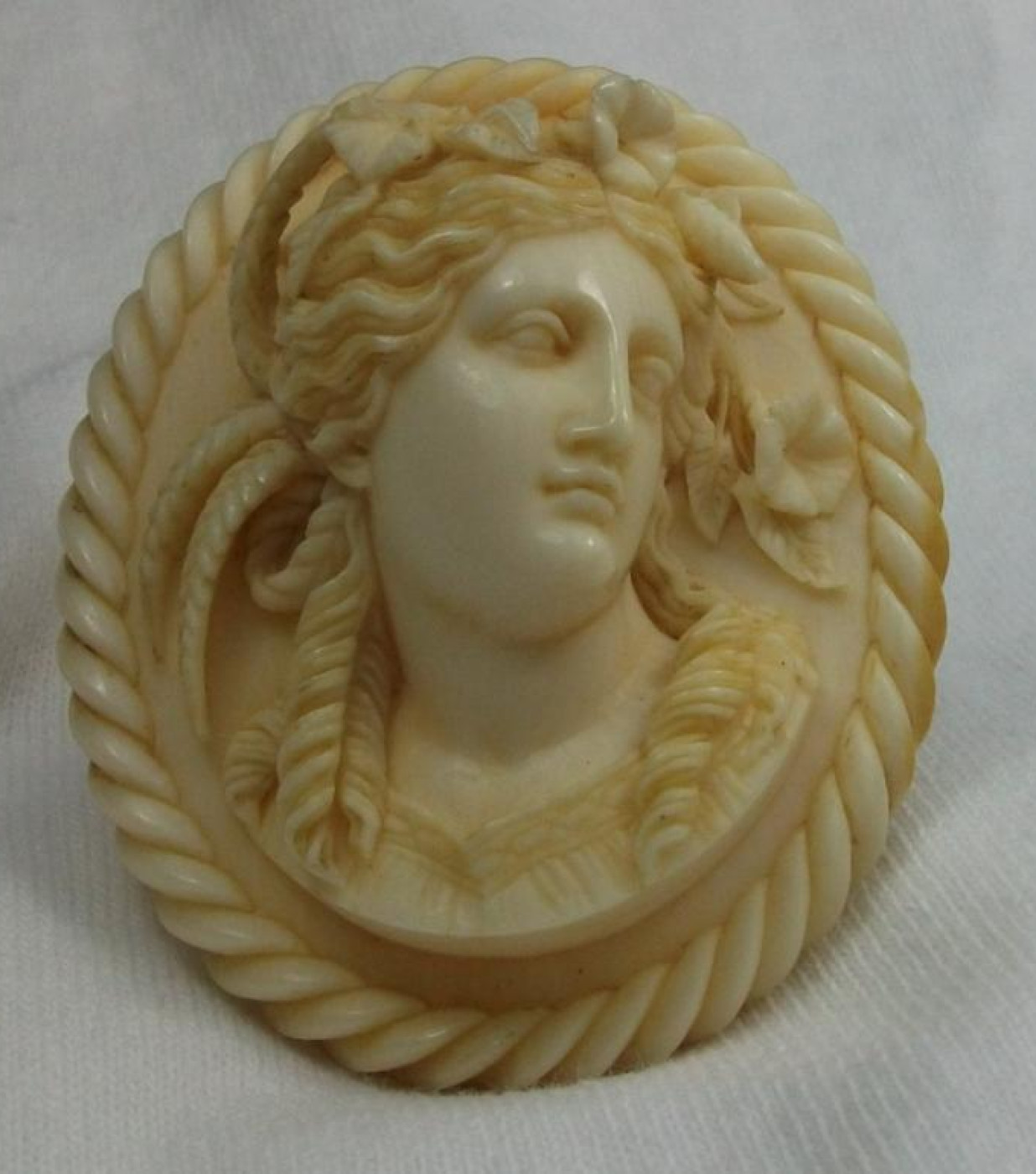 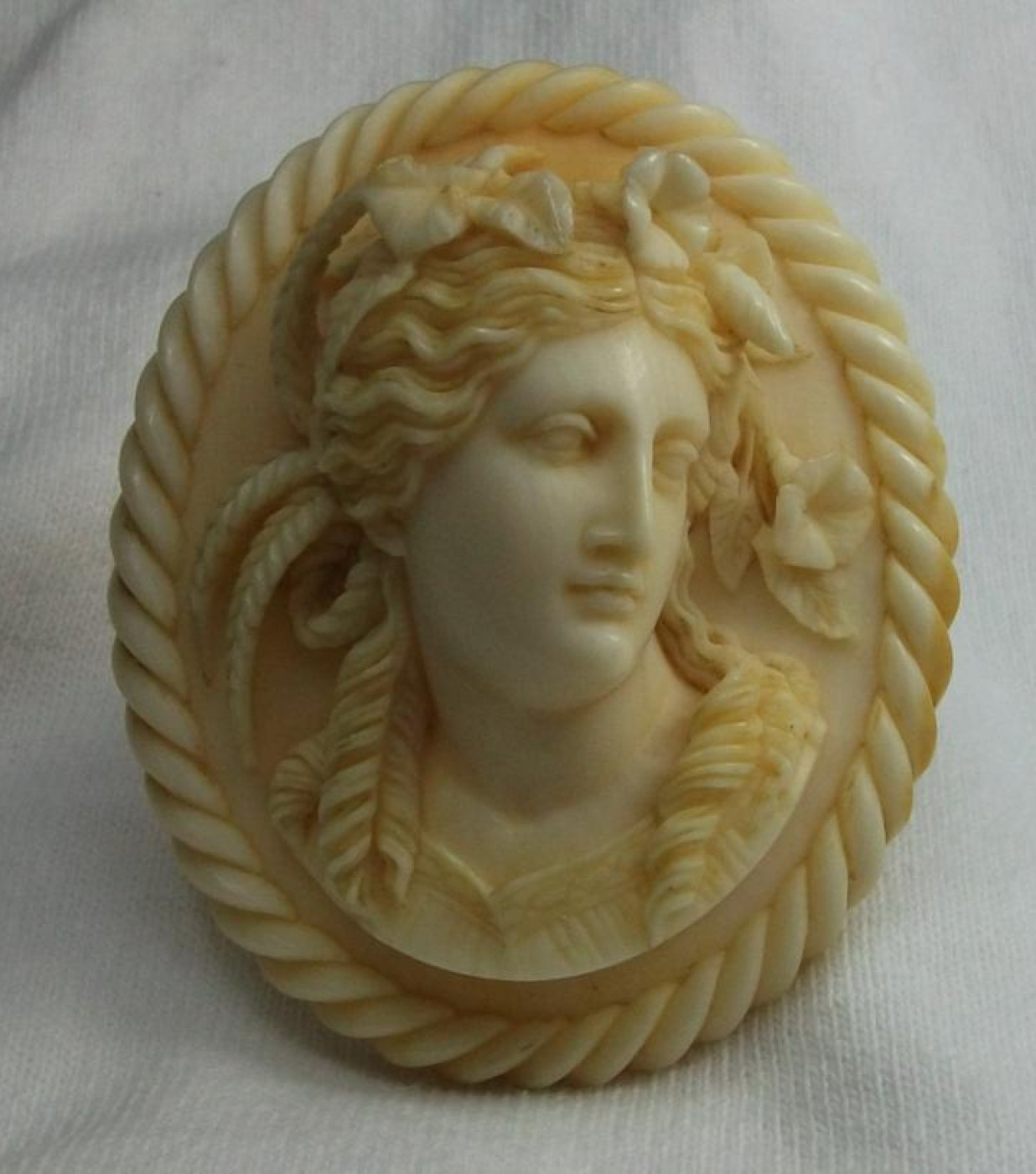 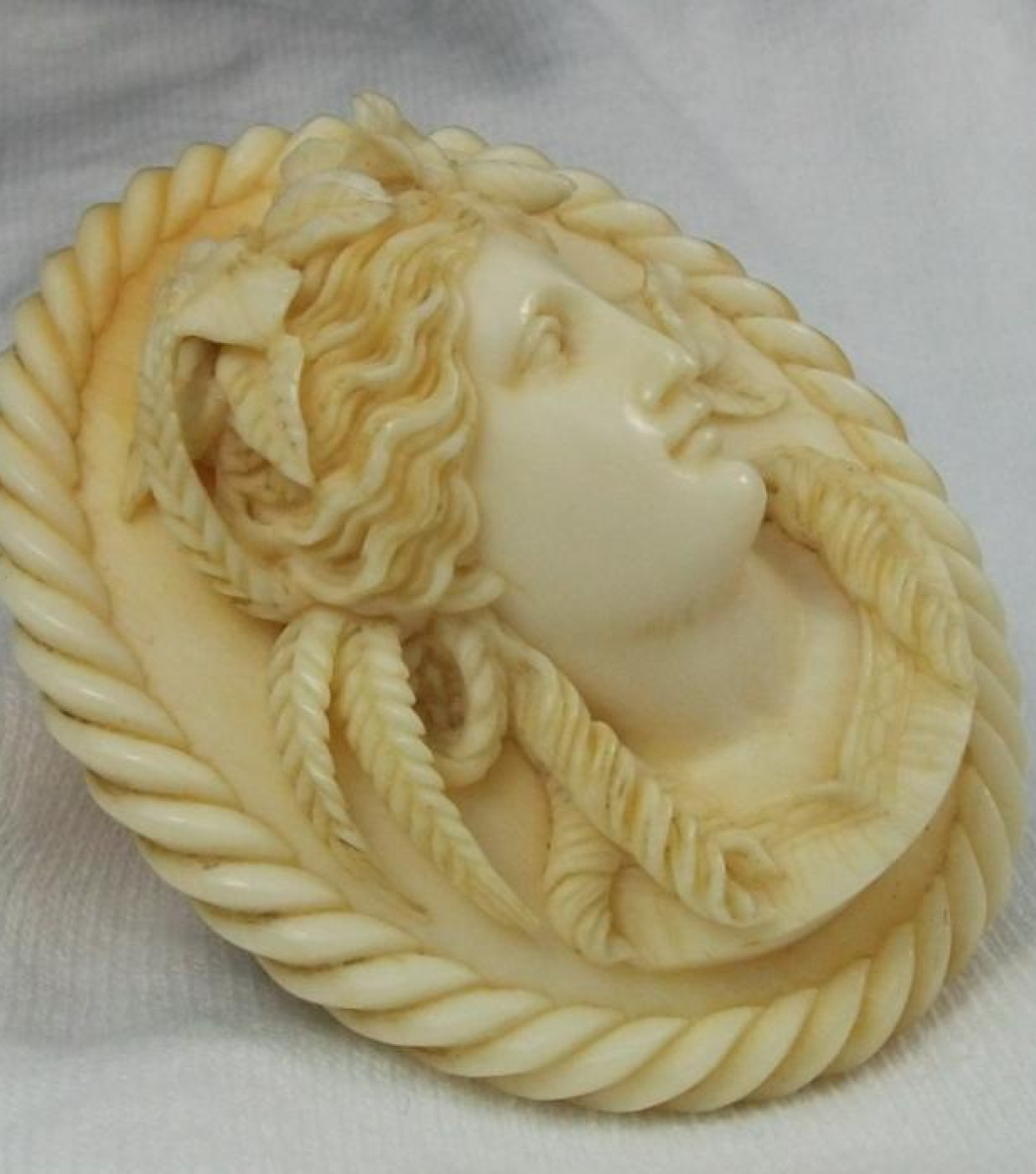 Another work of art carved on ivory, museum quality cameo depicting Demeter (or Ceres in the Roma mythology), the corn, one of her symbols, is on her hair but along a sweet and unusual variation, flowers, which, you know, are typical of Goddess Flora, even these flowers are unusual, they are bellflowers, opened and in blossom. A real unusual combination which gives to this cameo an its own rarity. Everything in this piece is more than superbly carved, her face, her hair, the flowers, leafs and corn. Her dress has a superb carved border which is waved just under her long neck, just real. Her face is pretty and sweet, she's alive. this cameo was probably a gift for someone and on the back you can see that it reads, on the bottom: "From: Richard, Edward, Mary & Lucy" and above you can see three intertwined letters which are F, E and M. There was a story behind this cameo and I really would like to know what it was. Another marvellous work of art.
A bit of history:
In Greek mythology, Demeter  was the goddess of the harvest, who presided over grains, the fertility of the earth, the seasons (personified by the Hours), and the harvest. One of her surnames is Sito (σÎ¯τος: wheat) as the giver of food or corn. Though Demeter is often described simply as the goddess of the harvest, she presided also over the sanctity of marriage, the sacred law, and the cycle of life and death. She and her daughter Persephone were the central figures of the Eleusinian Mysteries that also predated the Olympian pantheon.