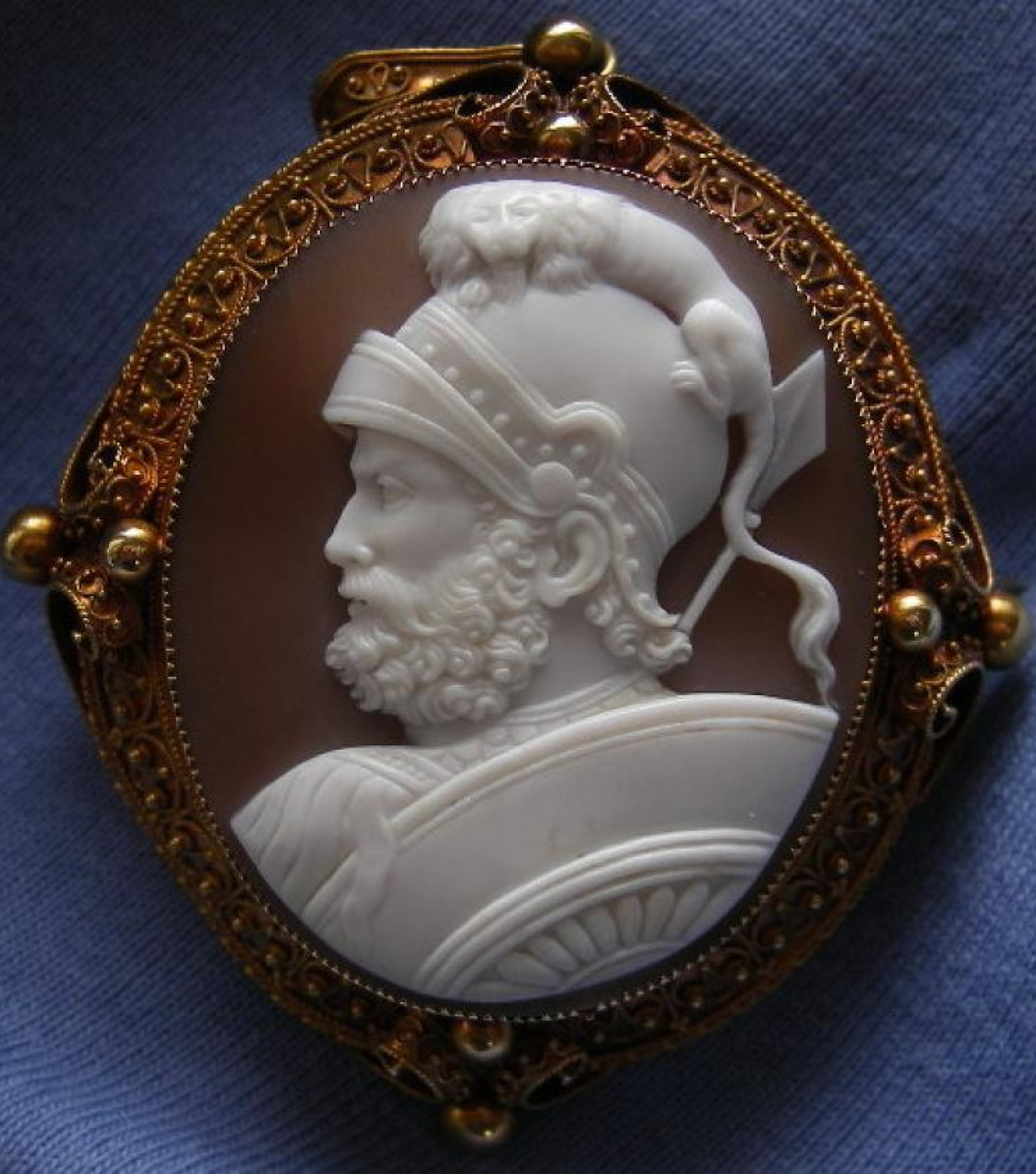 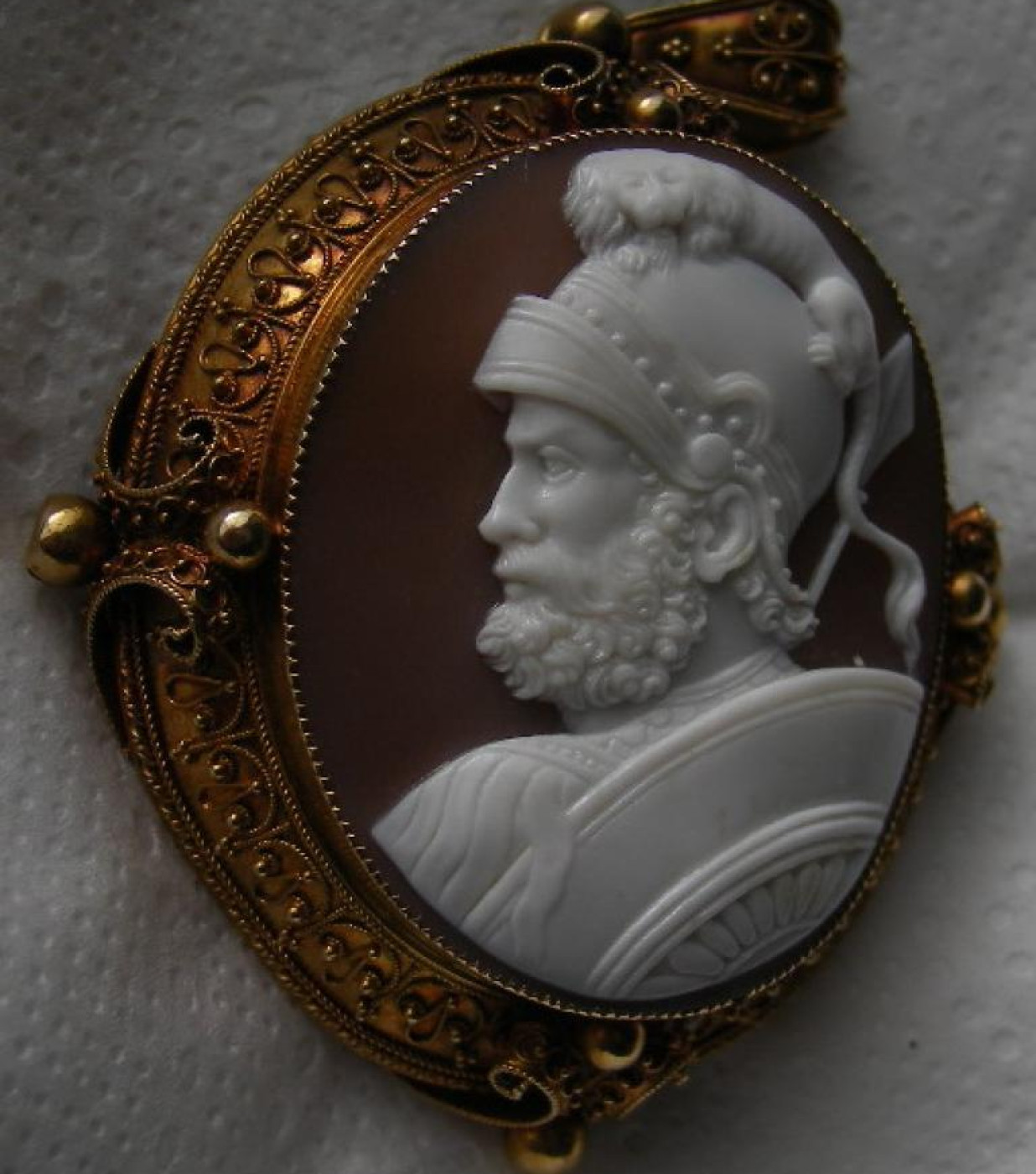 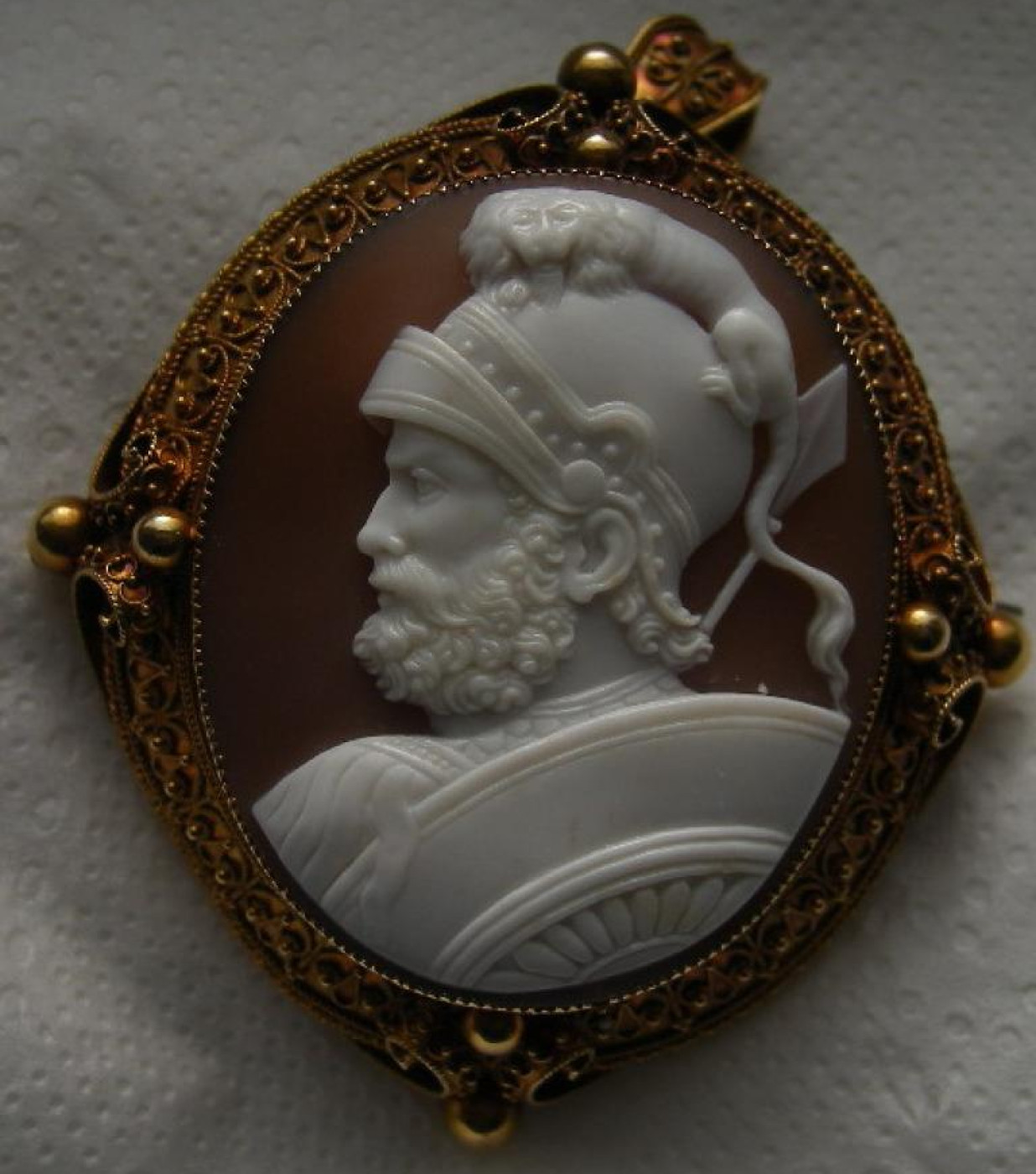 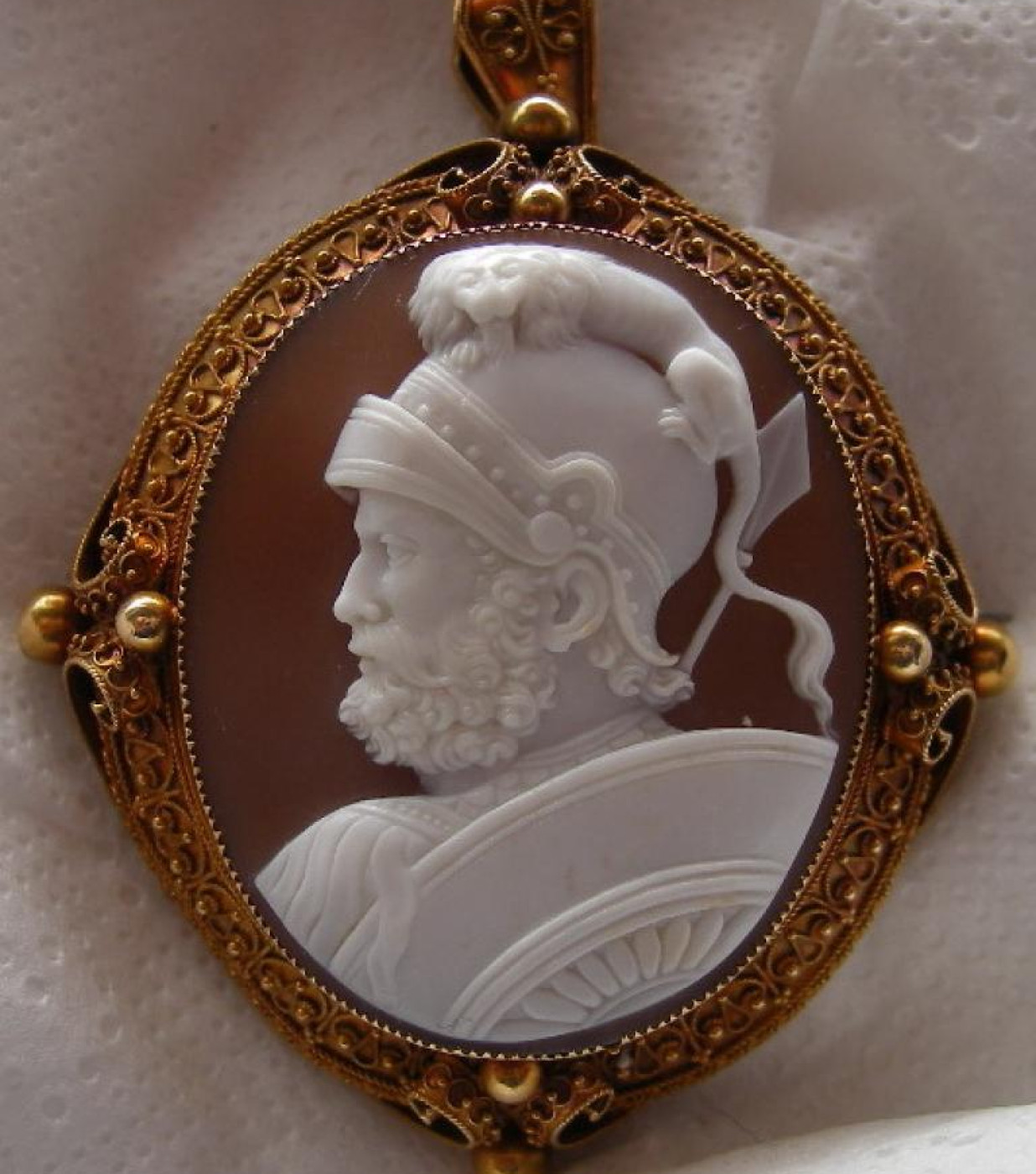 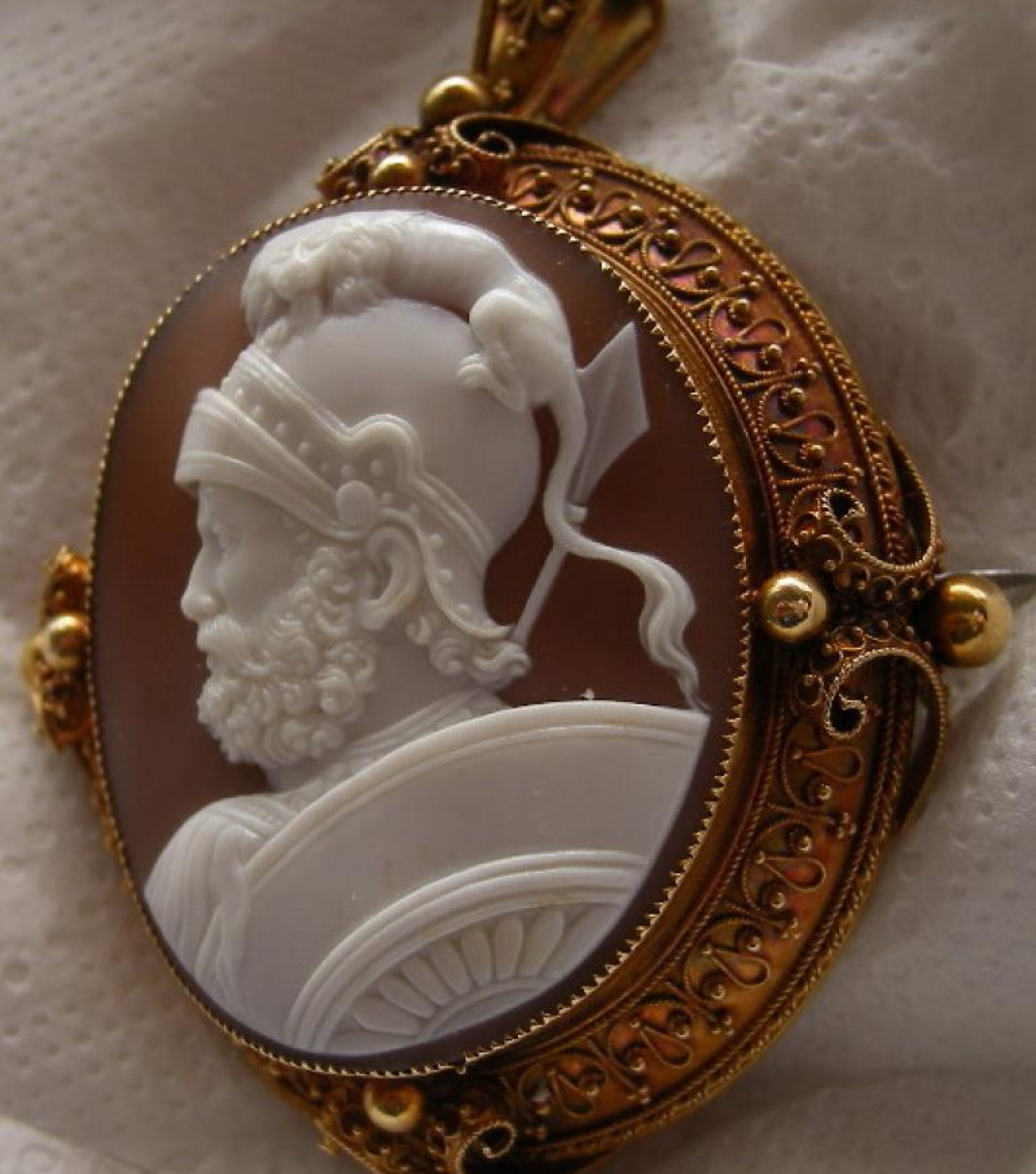 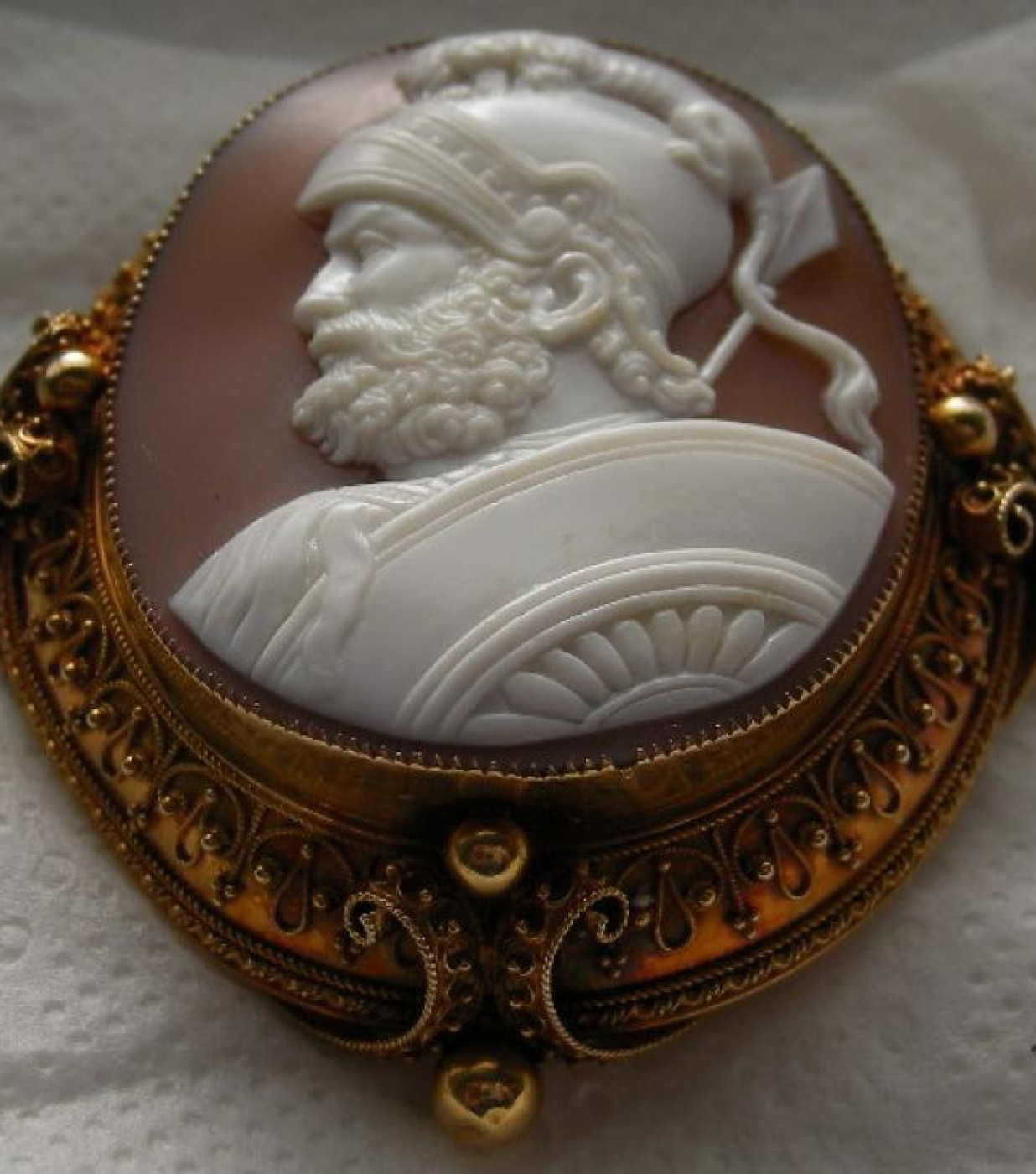 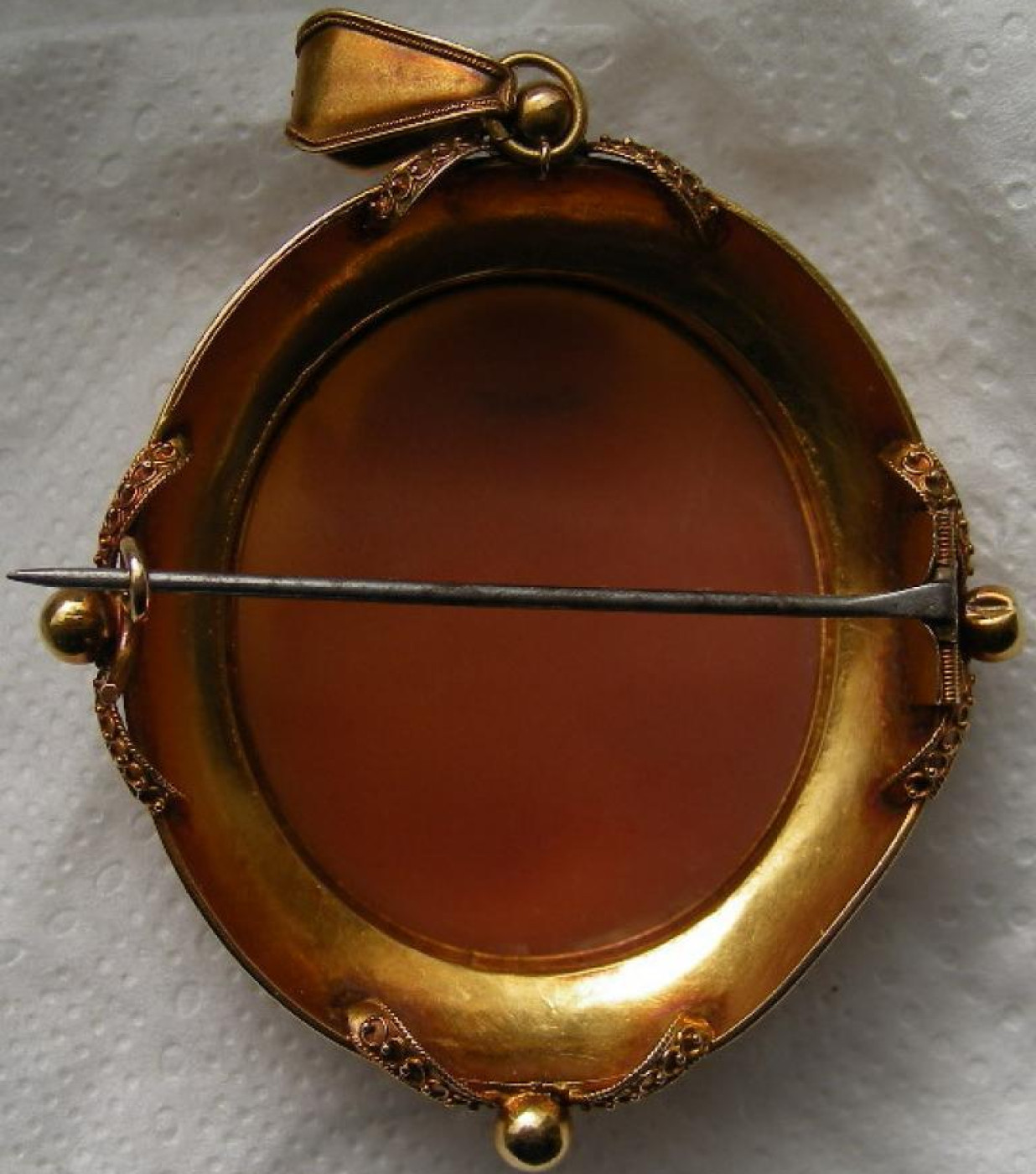 Museum Quality Cameo depicting Ares (Mars) the God of War.  This is a cameo of surpassing beauty an incredible work of art and very detailed,  carved by an artist.  Rarest cameo and subject very desirable collectors' piece. Please note the beauty of the God profile and his expressivity,  the large profusion of details masterfully carved and overall the reality of the face features, of his beard and helmet, evidenced especially in the next pictures, details exclusively due to the skill of a great master carver of the past. The frame is spectacular too, etruscan style, very finely chiselled, all 18K gold. Rarest cameo very desirable collector piece.

Mars (Latin), son of Juno (Hera in Greek mythology) and Jupiter (Zeus in Greek mythology)  is, according to the Roman classical mythology, the God of war, according to the archaic Roman mythology the God of thunder, of  rain and of  fertility. Initially identified with the etruscan God Maris, God of fertility, of nature, a warlike God and not of the war. Subsequently Mars as the Greek god Ares was assigned to the role of God of war. Mars in the Roman society assumed a more important role of the Greek (Ares) counterpart because he was considered the husband of Rea Silvia and father of Romulus and Remus that founded Rome. Mars was considered the father of the Roman people and the Romans were used to call themselves children of Mars. The month of March, the day Tuesday and the planet Mars due to him their name.