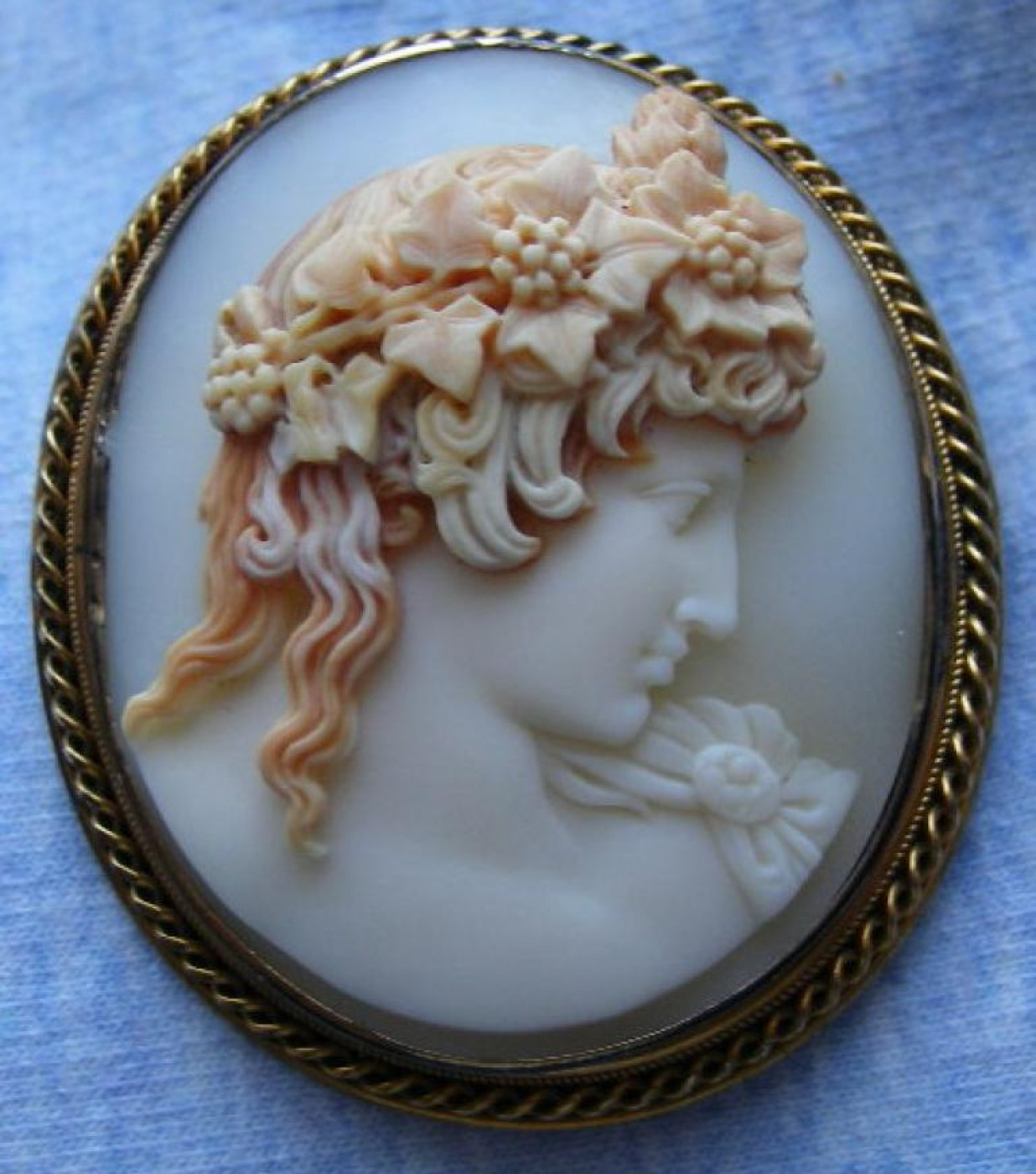 This is a more than Museum Quality cameo of Antinous Vertumnus, a very desirable cameo for any collector. For further information on this rarest piece you can Email me following the links placed in every page, I'll be happy to answer to any question. This cameo depicts Antinous Braschi, you can know why reading the story below. Born in Bythnion around the year 105 of the Common Era, Antinous was a beautiful adolescent when he first caught the eye of the Emperor of the western world. Hadrian was already in his late forties by the time the two met, Antinous became Hadrian's favourite, sharing the Emperor's bed and his life. For a period of a little less than a decade, the two were inseparable, much to the disgrace of Hadrian's legal wife, the childless and spiteful Sabina. Imperial art and literature of the times show the men in a variety of guises and activities, particularly hunting: a sport the two enjoyed immensely. In the course of their relationship, Antinous matured from a beautiful youth into an intelligent and well-muscled young man. the Greeks referred to the visible maturation of a youth (the growth of his beard and body hair) as "clouds hiding the sun." It was shortly after the Emperor's young lover had reached this stage of his development, and just after his hair had been cut short in the style favoured by the mature men of the period, that Antinous drowned mysteriously in the Nile river during and Imperial visit to the province of Egypt. Within a year, Hadrian returned to Rome, where he officially proclaimed Antinous as a Roman God. While still deeply mourning the loss of his beloved, the Emperor realized the political significance of the Greek youth's death, and from the tragedy forged a unifying cult of worship in the previously divided Greek city-states. Hadrian and Antinous together built a unified Greek nation, a feat which the warring city-states themselves had never achieved. Despite other great accomplishments as Emperor, Hadrian spent the last eight years of his life mourning Antinous. To commemorate their great love, Hadrian worked relentlessly to build monuments and institutions to his beloved. The Emperor found the Greek-Egyptian city Antinoopolis on the banks of the Nile near where Antinous died; commissioned nearly two thousand likenesses, carved from various stone materials;